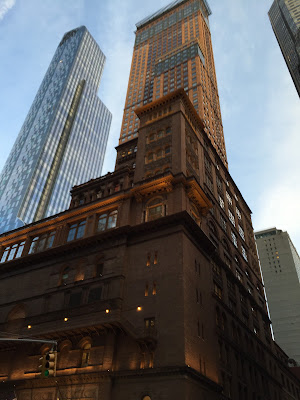 New York has some pretty impressive temples to the arts, this one being Carnegie Hall. These structures reach for the sky, but remain enveloped within nature's eternal Play of the Elements, with performances ranging from symphonic sunsets and cloud patterns to the crystalline miniatures of snowflakes. Light sets the mood, with water as the endlessly creative molecule so at ease in earth's temperature range, shifting effortlessly from gas to liquid to the solid state where it can really show off its range of expression. As long as there's cold weather, a breeze, or a sunset to reflect, water will offer performances at Princeton's Carnegie Lake, as well as smaller venues across NJ.

Easiest for us to access are the rainwater-fed "Carnegie Miniponds" in our backyard, which have been offering an ongoing series of exhibits. 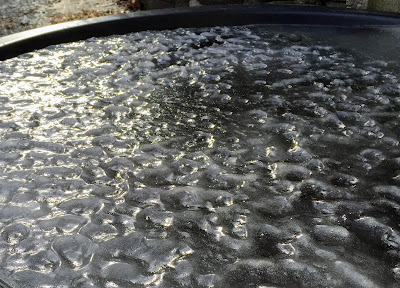 The day after the backyard "etching" photos were taken (previous post), the fillable-spillable minipond had gained a pock-marked appearance, thus far as inexplicable in origin as the etchings.


another had these rich designs. 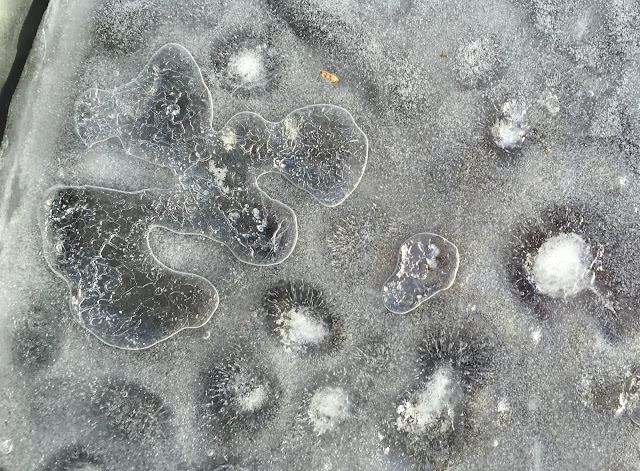 How does some water sitting in a tub overnight develop such a variety of shapes? 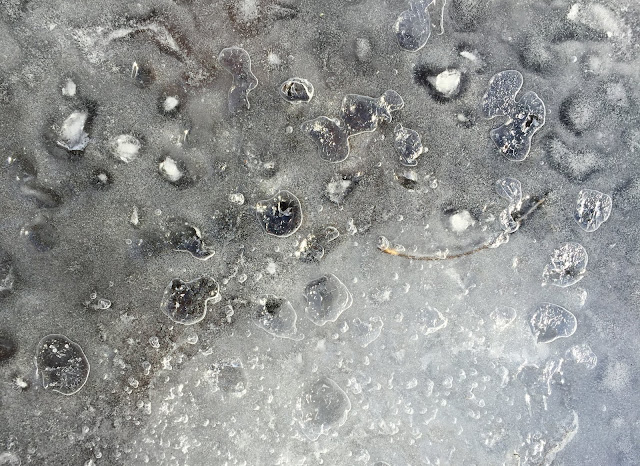 Another slight thaw and overnight freeze brought back more patterns
like those from two days prior,
etched by a most mysterious hand.
Thus far, no patterns repetitive enough to call "Philip's Glass". 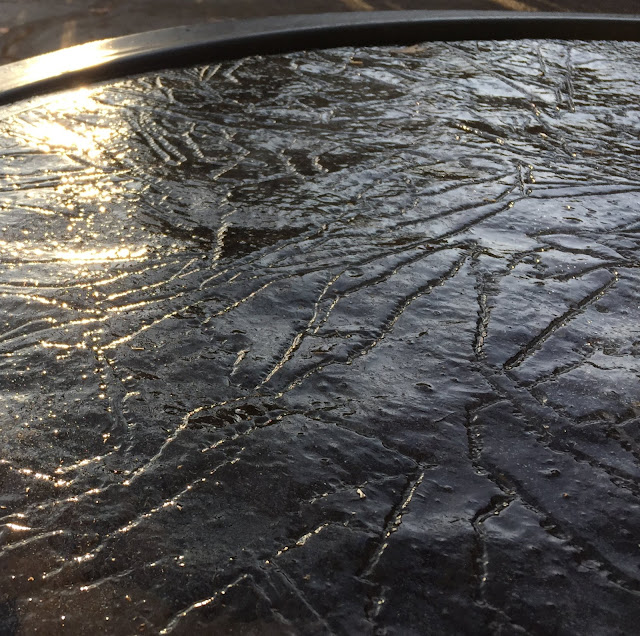 Posted by Stephen Hiltner at Monday, January 22, 2018 No comments:

(Preface: 2018 was a special winter in our backyard, due to the remarkable patterns and rich colors that appeared in our "fillable, spillable" minipond.)
Our backyard artist in residence program has been going very well this winter. The artist, content to remain outdoors without lodging, has been working long hours, often overnight and in freezing temperatures, using nothing more than rainwater and a few leaves to achieve remarkable effects. 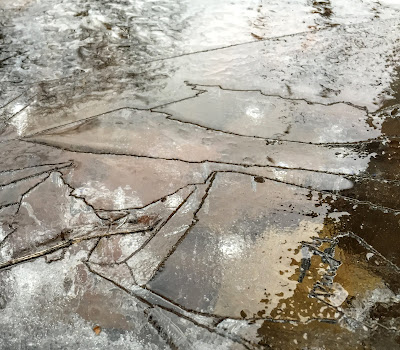 I did my best to capture the work, and give it adequate framing. 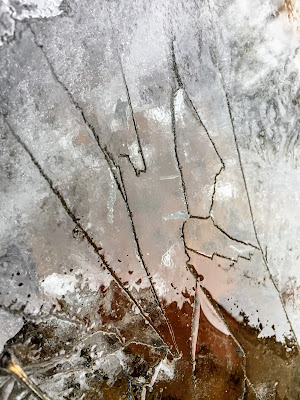 Asked how she achieved her unusual effects, and if these etchings, so different from her past works, represented a new direction in her art, she shrugged and said nothing,


then showed me a composition with etchings superimposed on what appeared to be a large bubble. 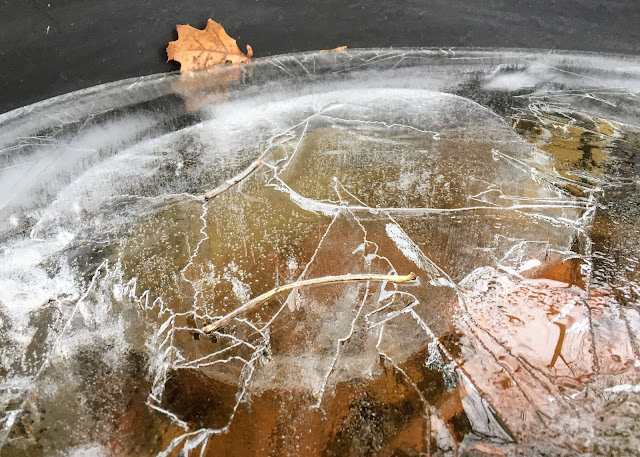 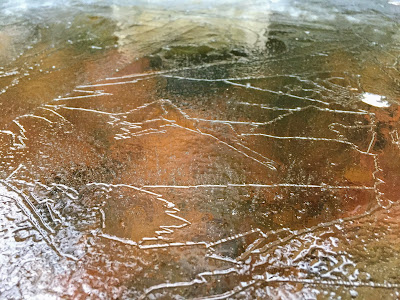 Some were more subtle than others, relying on rich undertones. 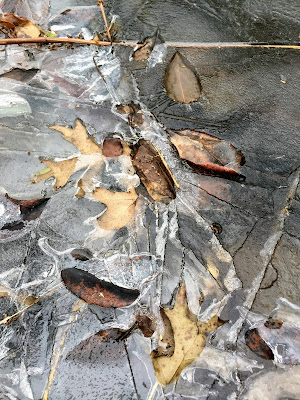 Wondering if the etching style was unique to the fillable-spillable miniponds that catch rainwater from the roof, I went to the other miniponds in the yard, created years back by digging down into dense clay. Here there were etchings as well, in a multimedia context using leaves. 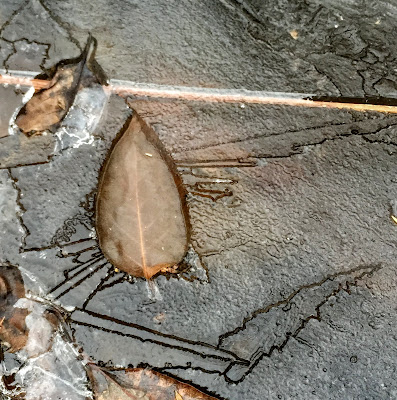 Impressed, I suggested we host an exhibition, but there was no time to plan, or send out invitations. Nature, ever the restless artist, had already moved on, with rain and then snow in the forecast for overnight.

Posted by Stephen Hiltner at Wednesday, January 17, 2018 No comments: