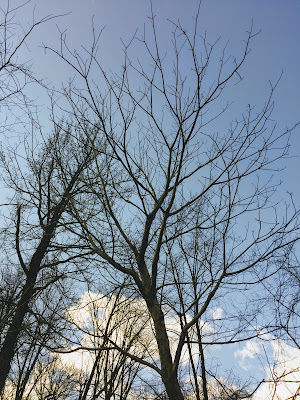 Of all the many silhouettes that trees cast against the winter sky, one that gives me particular pleasure is that of the butternut. Most people haven't heard of this tree, also called white walnut or the scientific Juglans cinerea, which was laid low by an imported canker disease beginning in the 1990s. The few surviving specimens in our area often lack the classic vertical ambitions of a tree, tending to grow in a gangly, everywhichway manner while other kinds of trees launch a bold ascent towards the sun. The less than graceful shape is for me still heroic, given the tree's battle with disease. The nut--oblong as opposed to the black walnut's round shape--is said to be very tasty, dense with oil and protein.

A couple resident Princetonians with deep tree knowledge made me aware of the tree's presence in town. One was Bill Sachs, a Princeton grad and editor of the Northern Nut Growers Association newsletter. He had been doing consulting for the Textile Research Institute on the east side of town when he noticed a couple native butternuts growing on their property. Given how few butternuts remain in Princeton, it was a significant find.

It takes cross-fertilization between two trees to make nuts, and one fall I helped him collect those two trees' offerings of about 50 nuts, which he carefully planted in pots and nurtured into young trees about a foot high. Those seedlings took on even greater significance when the two parent trees were lost--one to wind, the other to a saw when it got in the way, ironically enough, of an environmental remediation on the property. 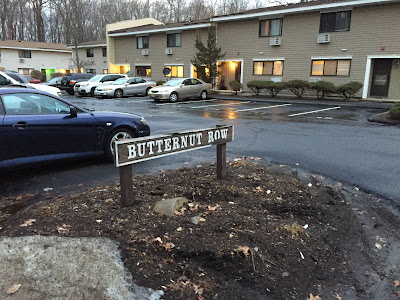 If not for Bill's seedlings, the only thing left of butternuts in Princeton in coming years might have been a street sign at Princeton Community Village. 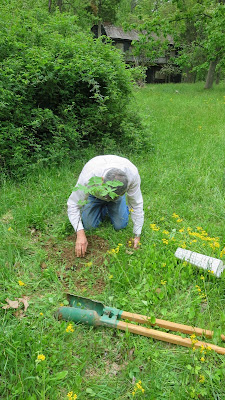 It was not necessarily easy to find a good place to plant the young trees. Butternuts won't grow in the shade, and most of our open space is heavily shaded by taller-growing trees the butternut can't compete with. In one of our early efforts, I served as assistant as Bill planted a few trees on the edge of a clearing near Veblen House in Herrontown Woods. 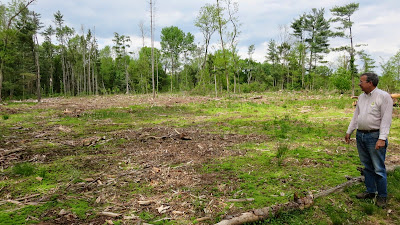 Elsewhere in town, some may have mourned the loss of a spruce/pine forest to hurricane winds at Mountain Lakes, but when the town cleared away the debris, Bill and I found ourselves with a clean slate into which to plant native species underrepresented in our dense preserved forests. 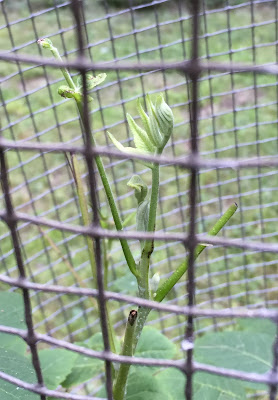 Bill carefully caged the trees to protect them from the deer. 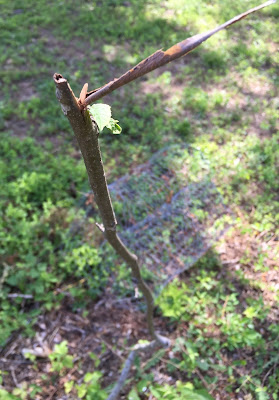 My caged structures, as in the story of The Three Little Pigs, were less tall and sturdy, with deer sometimes getting the chance to play the role of a toothful wolf, setting the seedlings back until I reinforced the cages. 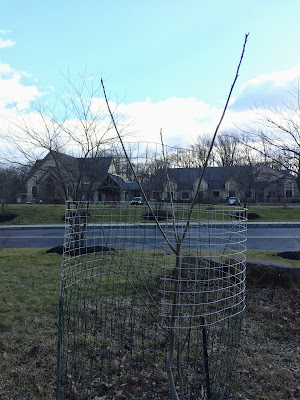 Some will say it's best to plant butternuts far from existing mature butternuts that might have the canker, but in a few spots, we took the approach of planting two young ones near a handful of mature butternuts still to be found in the wild. Arborist Bob Wells pointed us to two old loners up near Herrontown Woods, one growing at the edge of Stone Hill Church, and one in Autumn Hill Reservation.

With the blessing of the facilities manager at Stone Hill Church, it was relatively easy to find sunny spots on the church grounds, 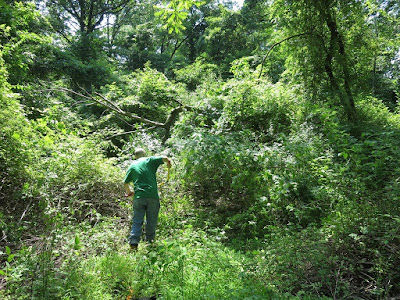 but our efforts to plant two young trees next to the lone butternut in Autumn Hill turned into a real adventure. The only sunny spot available near the existing mature tree was a thicket of invasive shrubs and vines. Kurt Tazelaar and I hewed an opening in the rampant growth, discovering in the process the remains of a long abandoned farmstead from the early 20th century. It may well be that the butternut was part of the original farmstead, and had survived long enough to serve as a marker of sorts, leading us back to a bit of lost Princeton history. 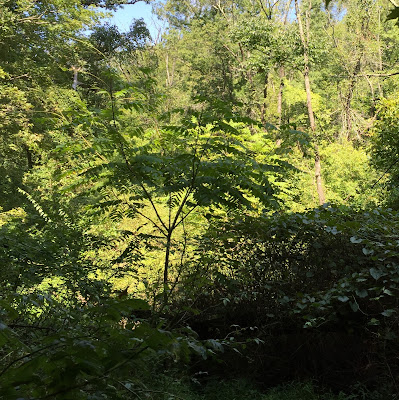 Bill had found another lone native butternut in a valley at Mountain Lakes, and I found an opening nearby where we planted a couple more saplings. The older butternut was blown down soon thereafter, dashing our hopes that the new and old could cross pollinate, but the two young ones are now 20 feet tall, 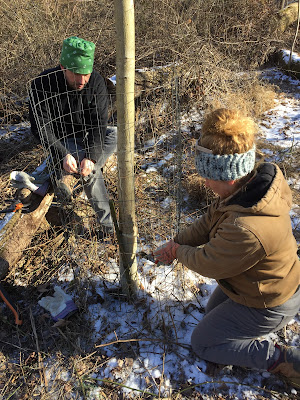 and are being well taken care of by Mountain Lakes staff and volunteers. 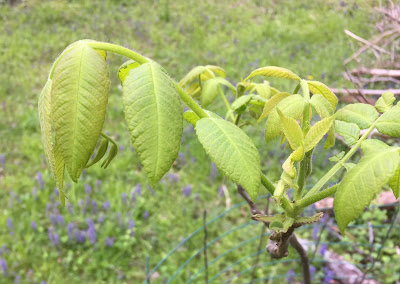 Butternuts have a lot going against them. They are unable to compete against taller growing trees, which means a laissez-faire approach to nature would cause them to be shaded out. They are short-lived, which along with the imported disease may be why most of the remaining mature trees we knew of in town have been lost over the past decade.

They don't seem to be faring any better elsewhere. Bob Wells tells me that "Morris Arboretum had two Juglans cinerea up until Nov. 1 when the wind that night blew one lead of tree #1 into the second one totally destroying butternut #2! Now only one misshaped specimen left." The finest specimen he knows in central NJ is in Hightstown, which he describes as "20” DBH and 40-45 feet tall, somewhat scrappy looking but great for a white walnut."

We can be thankful that through Bill's initiative and caring, and assistance from Bob and others, a new generation has a chance in Princeton. Additional robust young trees now grow at TRI and at Harrison Street Park, where my friend Clifford played a role. With some followup care, sunlight, time and luck, the butternut's curious form and the highly touted taste may endure, and we'll get a chance to finally taste one.
Posted by Steve Hiltner at Monday, February 17, 2020 2 comments: