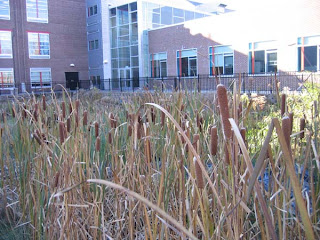 From the outside looking in, the Princeton High School wetland ecolab looks pretty spent, as it should by the end of October. But a few flowers are hanging on. 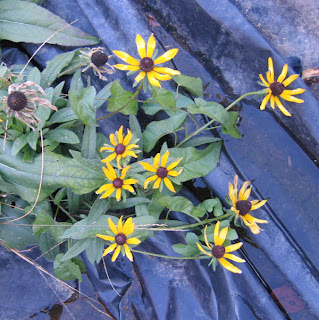 This post's second photo is of native black-eyed susan blooming on top of black plastic laid down to contain weeds in some areas. 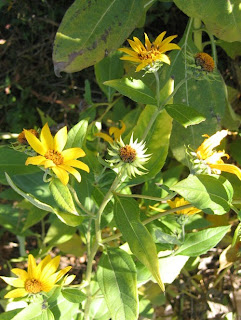 Third photo is of Helianthus tuberosa, a.k.a. Jerusalem Artichoke--a strangely named native sunflower whose tubers were eaten by American Indians. It's now grown as an edible ornamental. 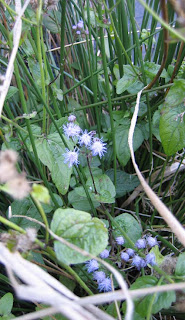 The pale blue flower in the fourth photo is mistflower--a native perennial that looks like an exotic annual that's sold at nurseries. 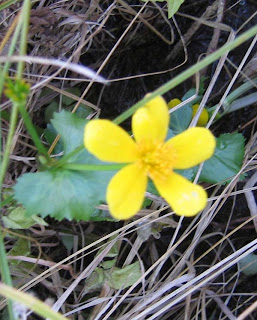 Though most flowers are lingering from the summer, the fourth photo shows marsh marigold, a spring bloomer that the weather apparently fooled into blooming in the fall. 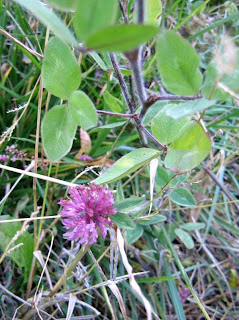 In the fifth photo, red clover, a good example of an exotic species that doesn't take over. 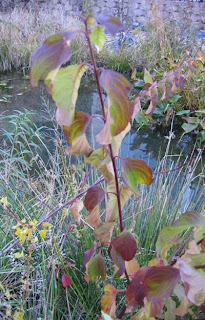 The last photo shows not a flower but the color of silky dogwood, a native shrub often found in the wild.
Posted by Steve Hiltner at Monday, November 10, 2008