Some of us laid low by the flu hadn't noticed Lake Carnegie's quiet transformation this week into the ultimate sustainable ice rink. Sustainable, that is, in terms of low carbon footprint. A friend whose home overlooks the lake called to tell me, and the town hotline at (609) 688-2054 confirmed the good news.

We dug out our skates, went down to have a look, and found the ice looking right back at us in its own mysteriously retinal way. "Here's lookin' at you, kid."

(The university website stated that this was the first skating since 2007 (see Winter in Residence), but posts on this website document more recent opportunities, including February, 2014, January 2014, and January 2009. There was some exquisite, though not skate-worthy, ice back in 2010, a photo of which made it into a traveling exhibit as part of Princeton University's Art of Science collection.) 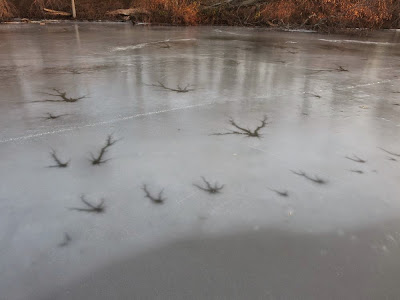 Along the far shore, the ice was white with lots of smaller ganglial patterns below the surface. 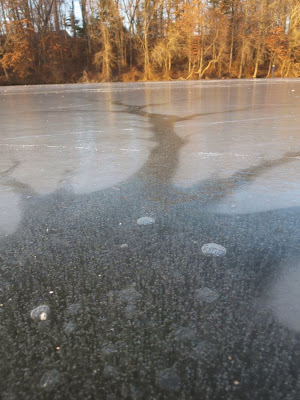 This large vein of dark ice, too, was sealed beneath a smooth skating surface, like a giant coffee table with patterns protected by a glass top. 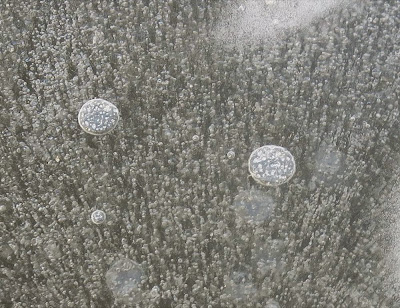 Bubbles large and small were suspended in solid ice. 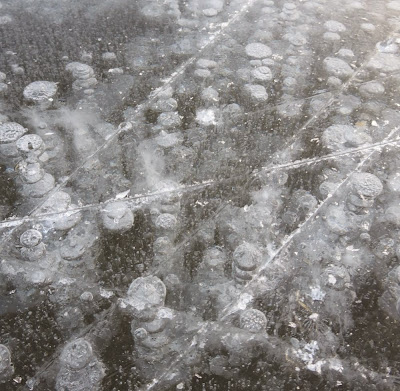 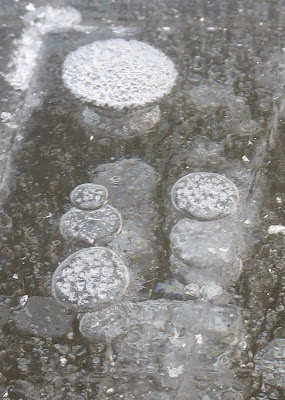 from some unknown source below. 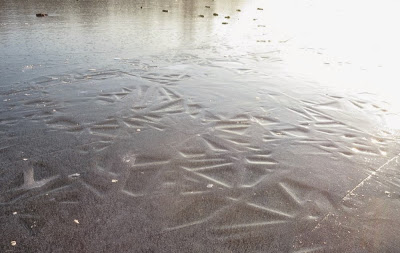 Elsewhere, shallow imprints suggestive of goosefeet but too varied in size and shape, possibly created as the surface softened then hardened again. 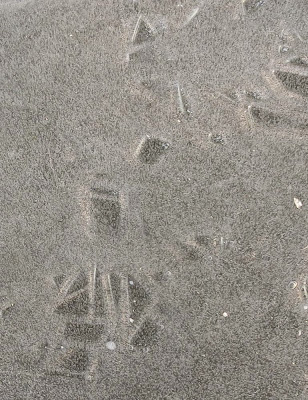 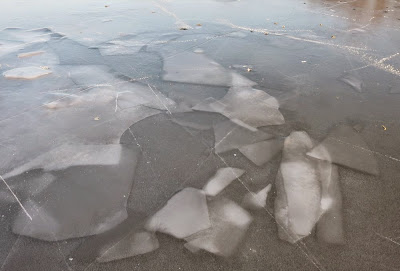 and larger plates of ice more easily explained as fragments from an early freeze that broke apart on a warm day, then were captured in a more recent, deeper freeze. 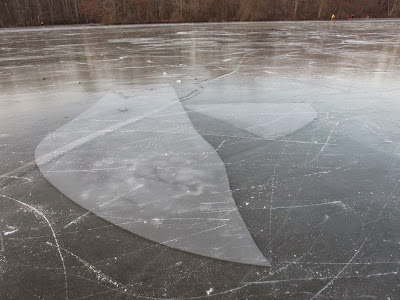 This shard was ten feet long. 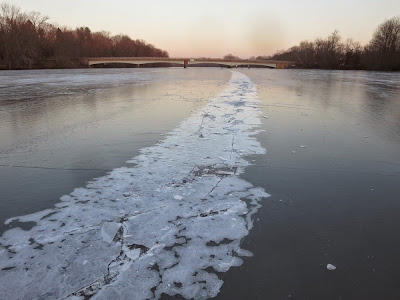 A white line of crinkly ice extended towards the Harrison Street bridge, suggesting a seam where giant plates of ice rub against each other.

Every now and then, in various locations on the lake, an indescribable sound would zip by beneath us--not a big crack or a boom, but an elastic sound, more like when you kick a doorstop spring. Probably arises out of a slight shift in the ice as it adjusts to forces of expansion and contraction. 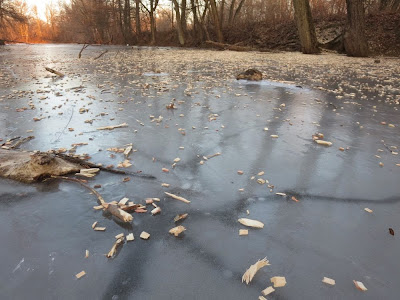 The beavers sure looked like they'd been busy over near the towpath, but more likely maintenance crews have been doing tree work along the canal and simply broadcast the chips rather than haul them away in a truck. 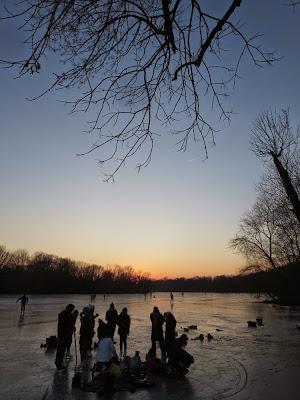 The glow of the western sky captured the feeling of gratitude for water's wizardry, as some particularly organized families and friends gathered to share a warming drink beneath the spreading limbs of an ash.


(Weather looks conducive at least through this Saturday, but call the town hotline before heading out (609) 688-2054. There are also flags on the shore that signal whether conditions are safe. Ponds at Smoyer Park and Community Park North are not safe as yet, according to the hotline.)
Posted by Steve Hiltner at Friday, January 16, 2015