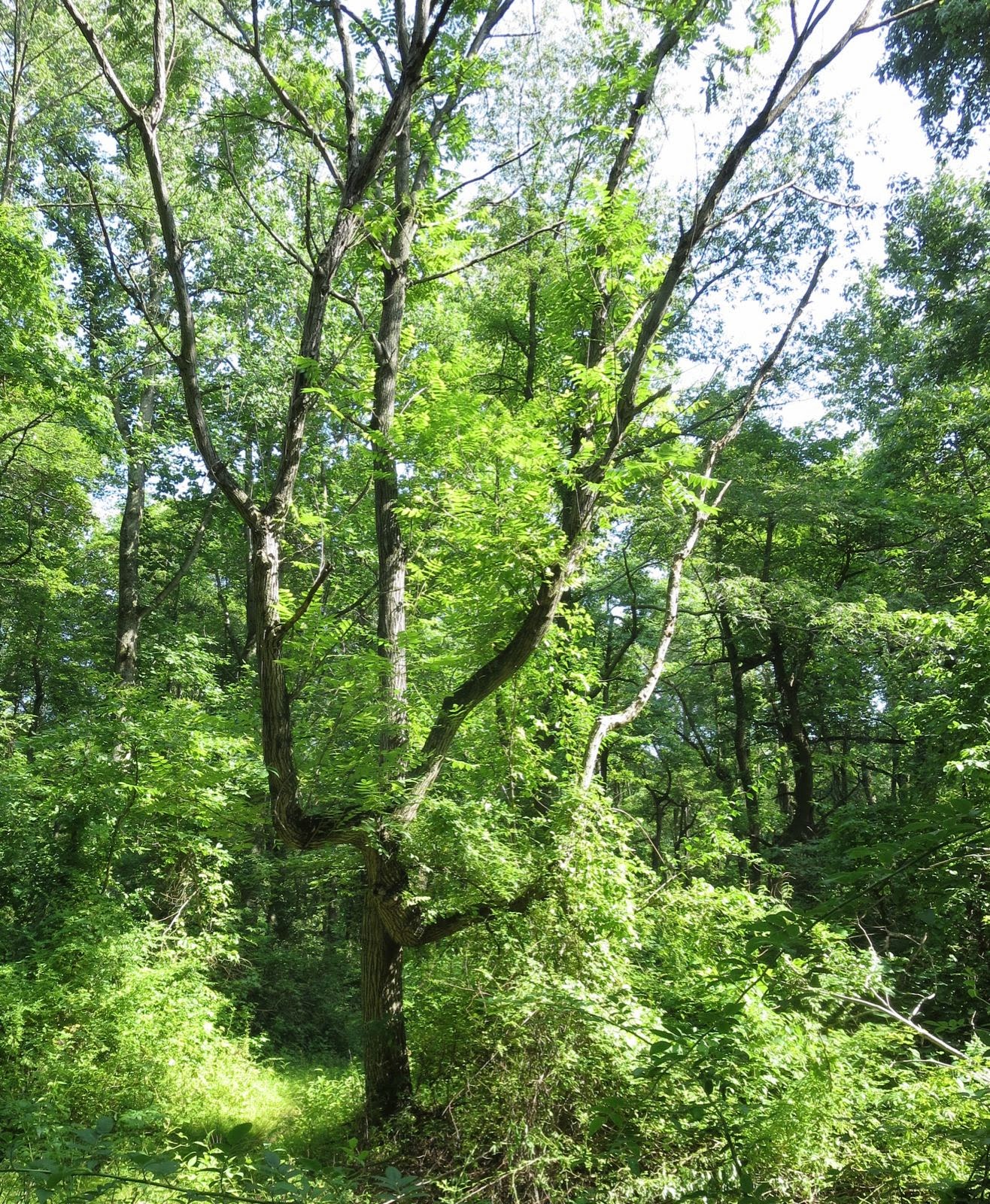 This is the story of how serendipity can come along for the ride when you follow your passions. It begins with a tree at Autumn Hill Reservation in eastern Princeton, surrounded by other trees and yet genetically alone. 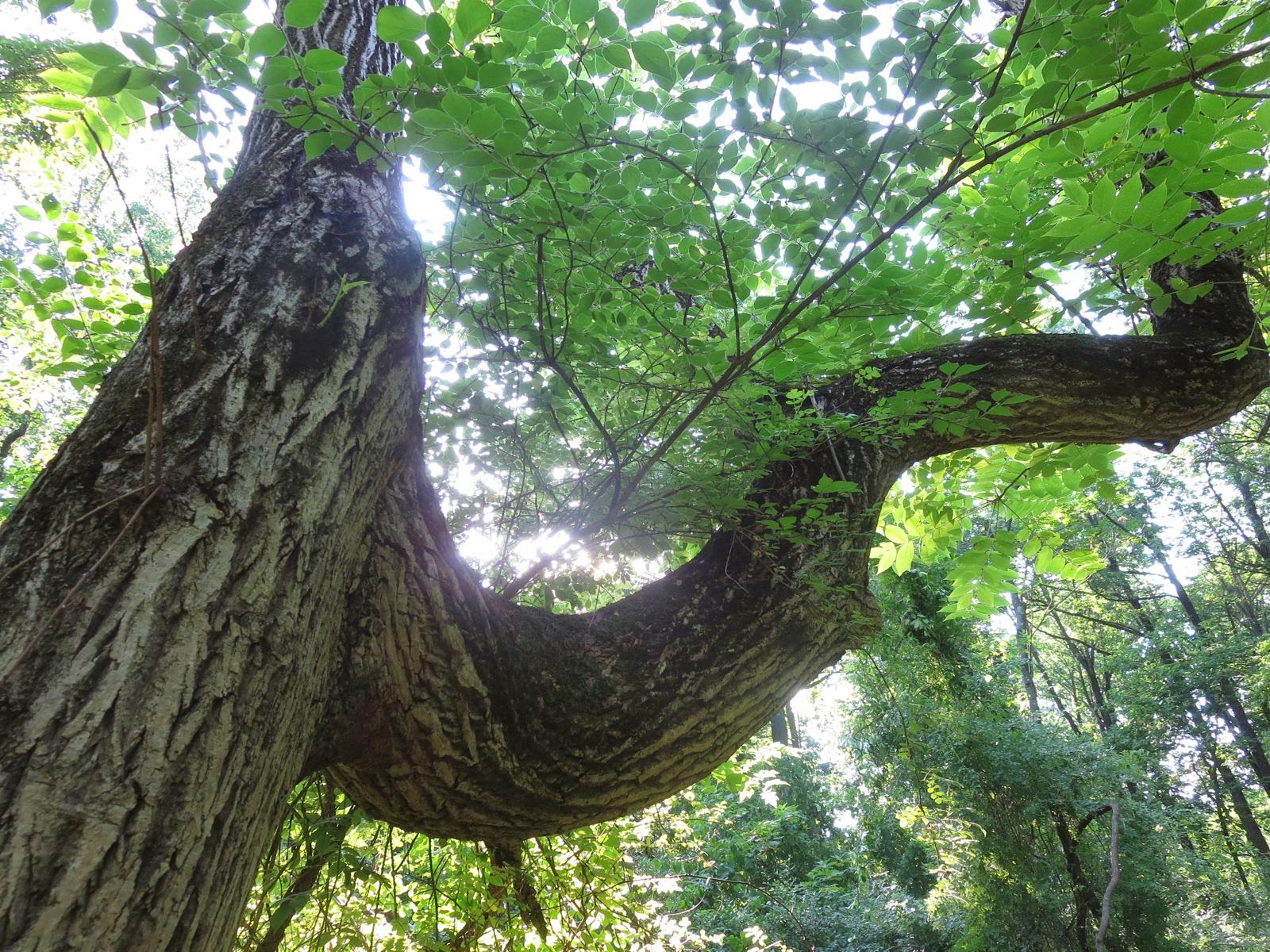 No one would mistake this hunchback for beautiful, with its skewed limbs reaching awkwardly this way and that. In fact, I'm sure no one noticed it at all, until arborist Bob Wells happened to be walking by one day, looked up and saw that it was no ordinary tree. No ifs, ands, or buts, he thought. That's a butternut. 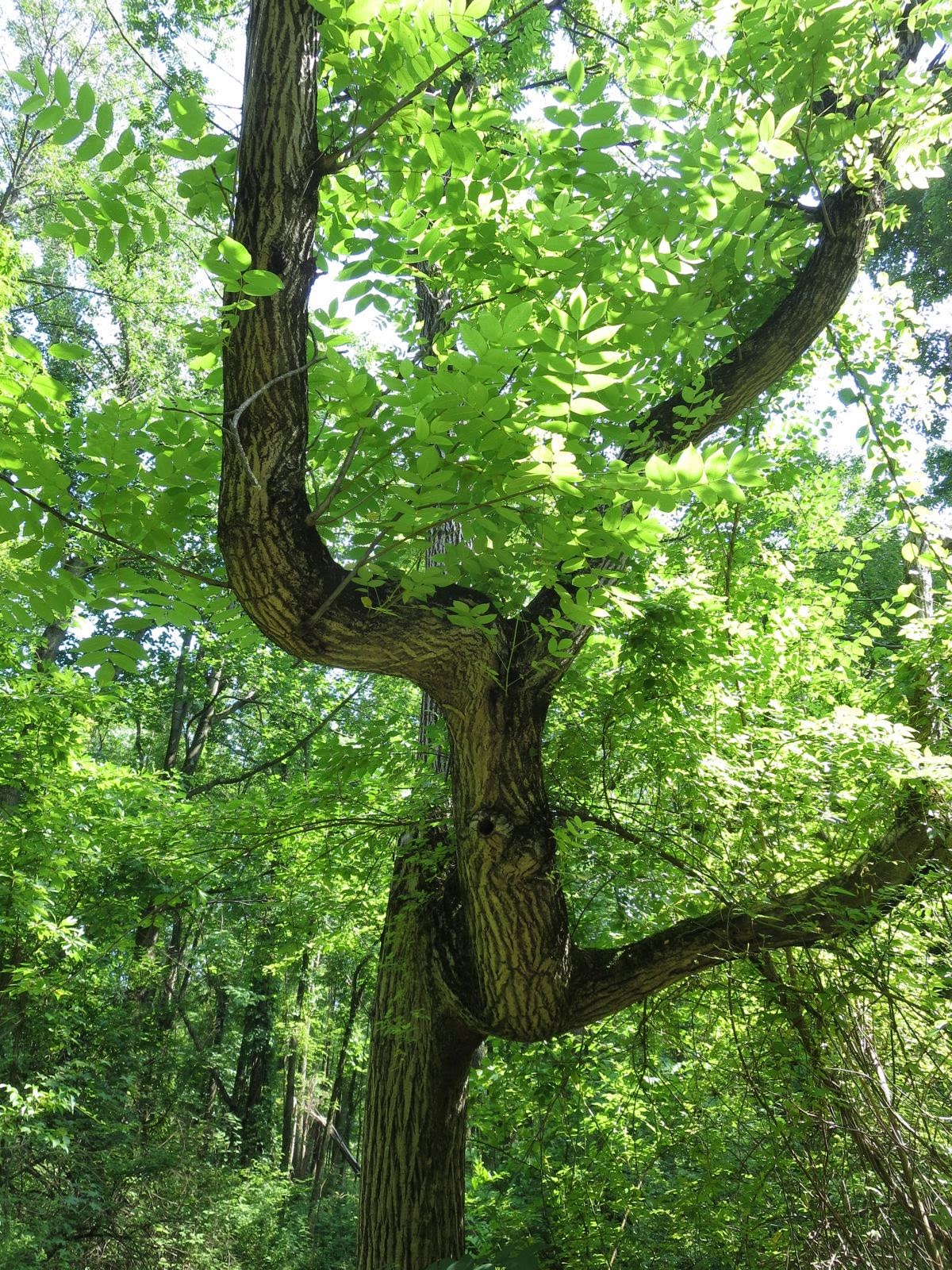 Now, ask most anyone what a butternut is, and they will tell you they have no idea. The latin name Juglans cinerea is even less likely to ring any bells on Nassau Street. It's getting harder to be acquainted with butternuts, because the species has been laid low by a fungus imported some fifty years ago, that left most dead and the rest alone in the woods. Without a mate, they cannot cross-pollinate, which explains why the last time you ate a delicious butternut was, well, never?

Bob told me about the tree, perhaps because he knew I'm the kind of guy who cannot abide the thought of the last butternut in the forest. Fortunately, I happened to have another friend, Bill Sachs, who had taken it upon himself five years ago to seek out the last butternuts in Princeton. Bill happened to be doing some consulting for the Textile Research Institute, which is on a beautiful site overlooking Carnegie Lake, with rock bluffs, a ridge of mighty white oaks, and a small stream near which Bill found two mature butternut trees. Two is just enough to make nuts, which he carefully collected, had genetically tested for nativeness, planted and grew. It's a good thing he did what he did when he did it, because those two trees have since fallen, one from wind, the other by accidental cutting. 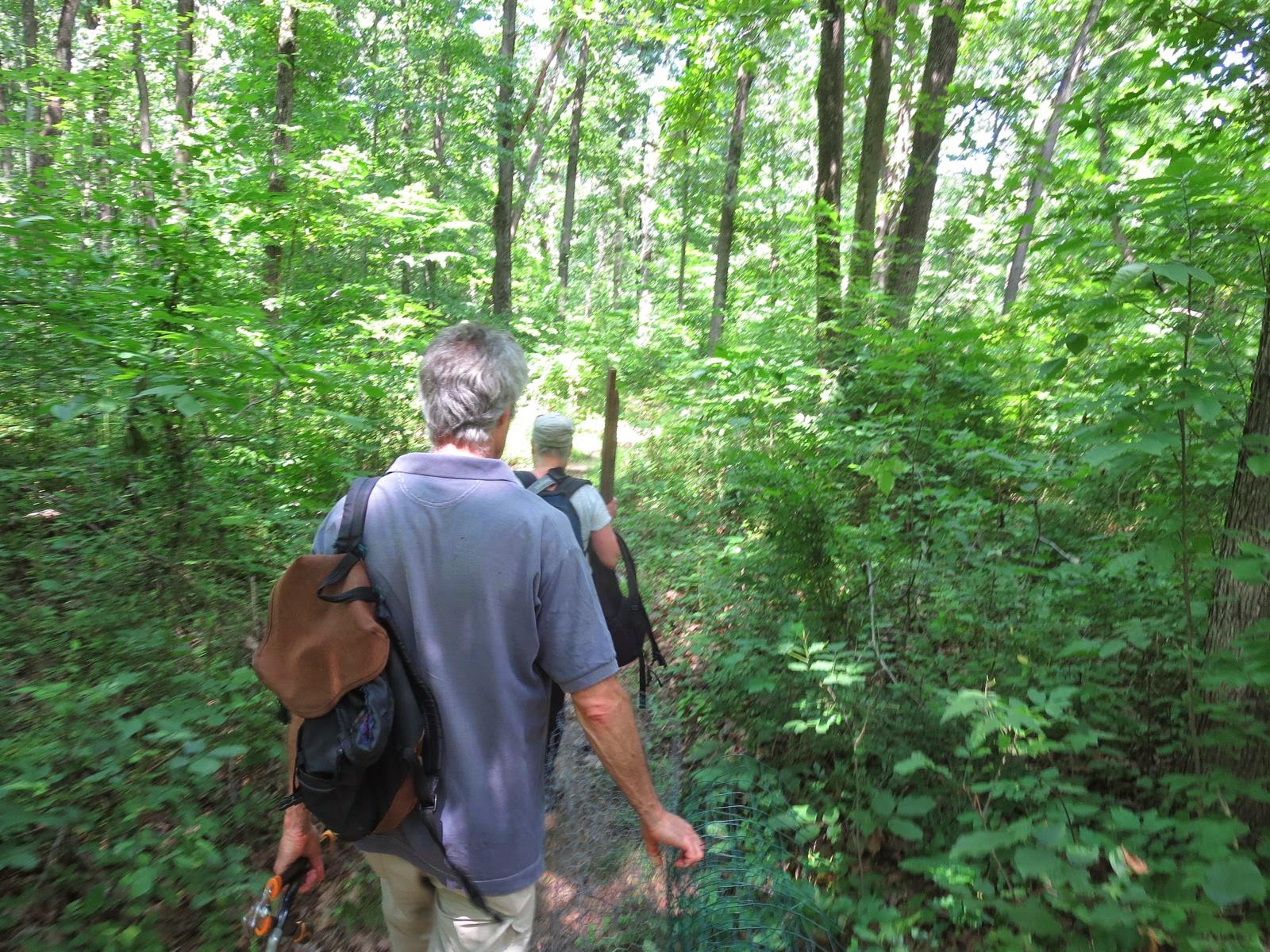 This chain of knowing and caring led to the day earlier this week when I headed into Autumn Hill to plant two young butternuts in the vicinity of the mature one. With me were Sally Curtis and Kurt Tazelaar, the extraordinary trail-tending members of the Friends of Herrontown Wood. 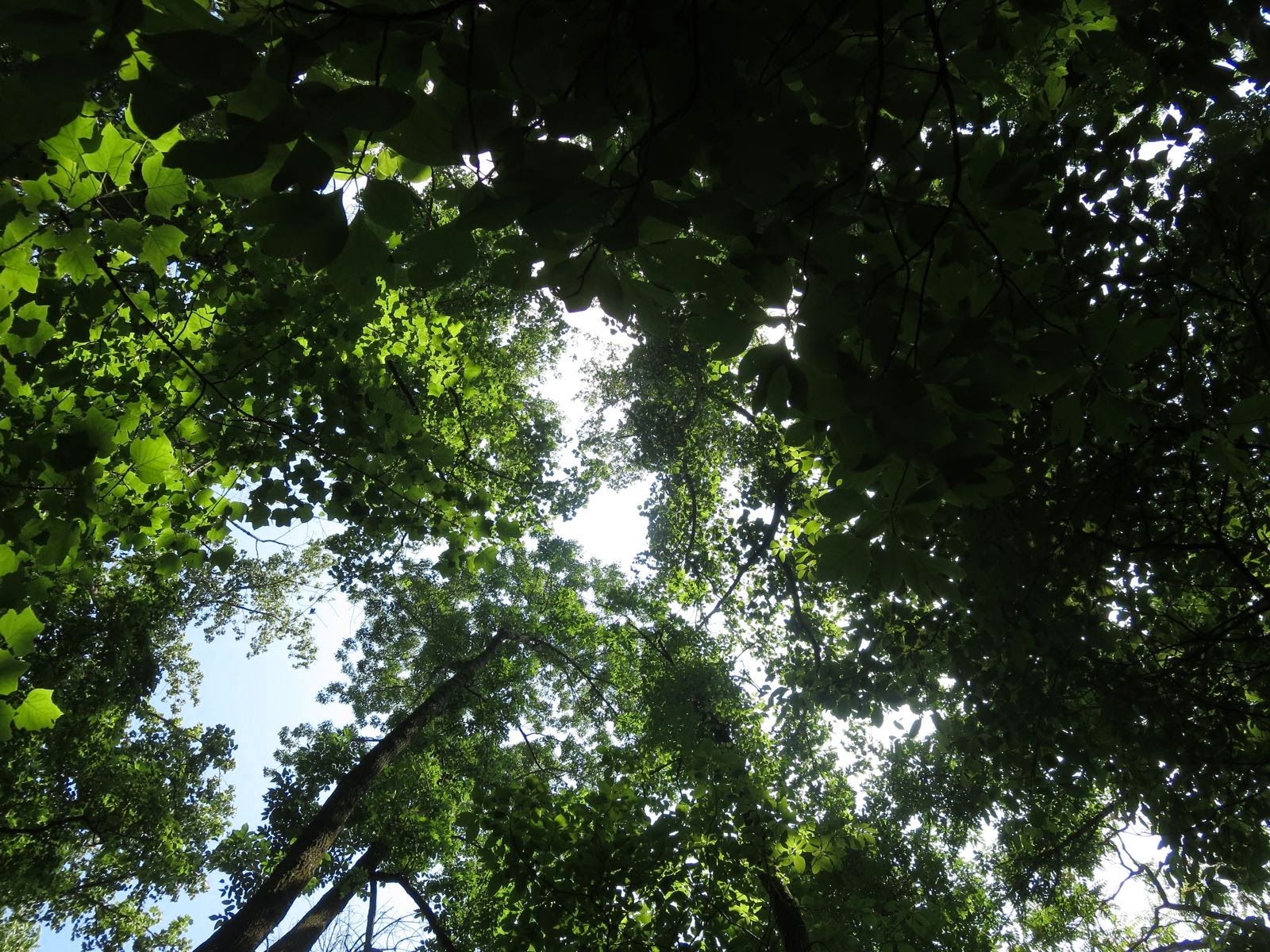 It can be hard to find a spot to plant a four foot tree in the forest. Most of the sunlight is already claimed. It's even harder to plant them when you've been so preoccupied with bringing all the necessary tools that you forgot to bring the trees along. I discovered this only after hiking deep into the woods, and had to head back home to get them. Passion and absent mindedness sometimes keep company. 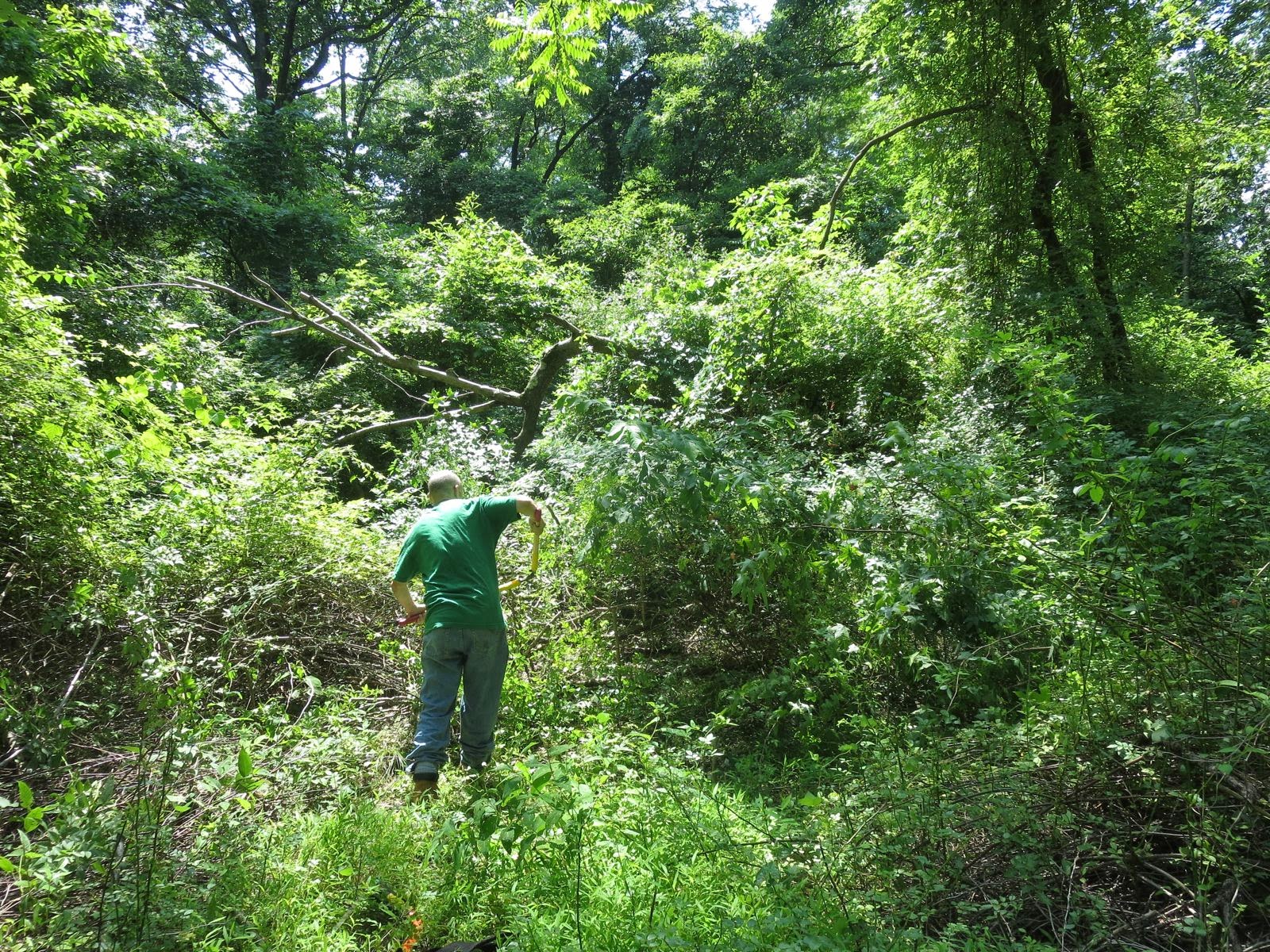 Fortunately, there was a hole in the canopy right next to the mature butternut. Unfortunately, holes in the canopy promote the growth of a dense layer of invasive shrubs. The perfect spot to plant the trees, I determined, was right in the middle of a formidable patch of 15 foot high autumn olives, honeysuckle bushes, and thorny multiflora rose. At this juncture, Kurt and Sally could understandably have considered mutiny. The potential longterm payoff of butternuts had to be measured against the immediate prospect of doing battle with thorn-laden brush on a hot afternoon. But Kurt and Sally are not easily daunted, so we started hacking away at the wall of invasive shrubs. 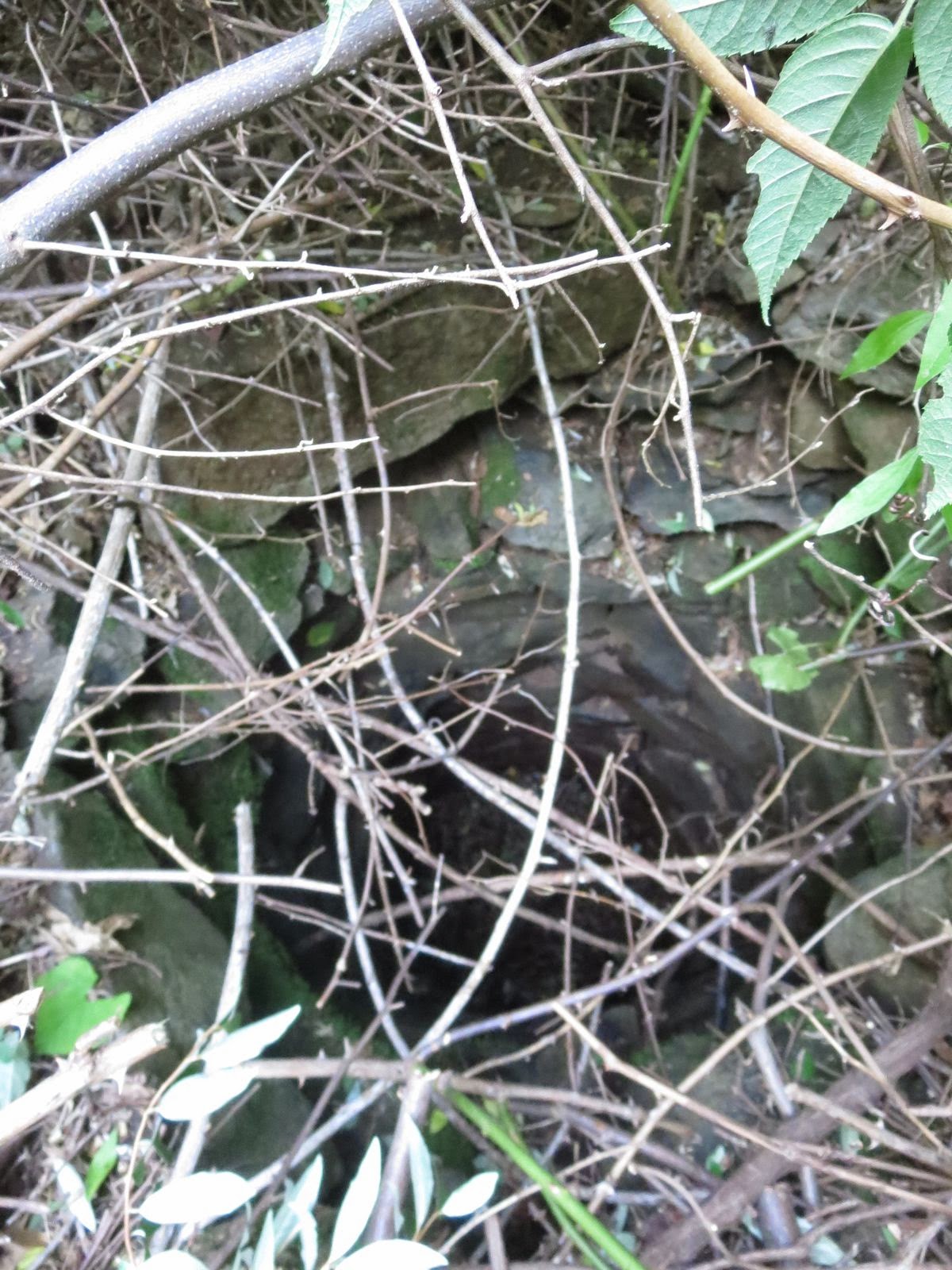 It turned out that serendipity was on our side. As we lopped and sawed our way deeper into the tangle, I saw what looked like a deep hole in the ground, which turned out to be a hand-dug well, beautifully lined with field stones. A bit farther in was a rock wall that formed a raised area in the shape of a square, 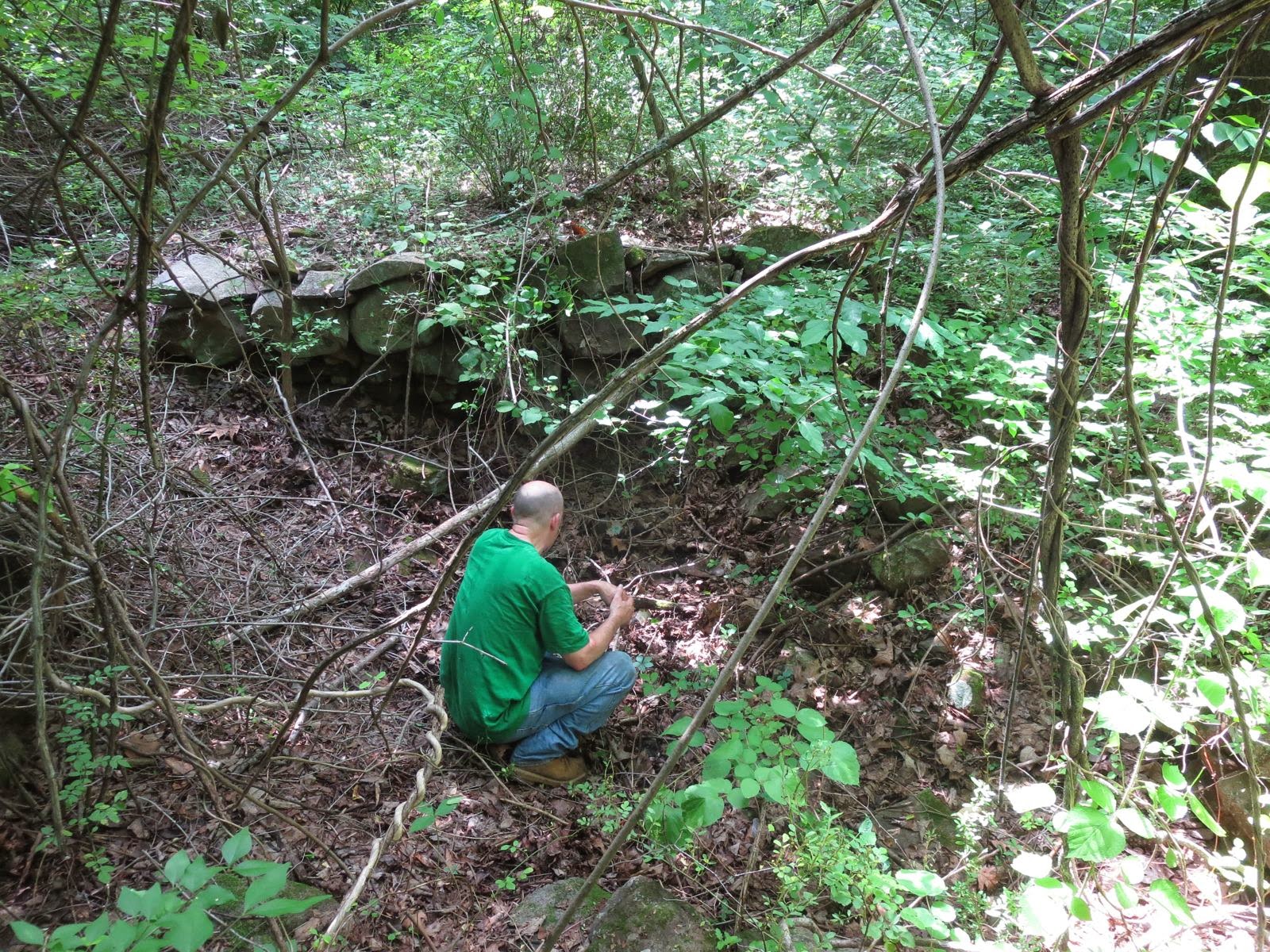 and beyond that was a small dug-out area that looked like a root cellar. At this point, we had pretty much forgotten about the butternut trees and had assumed the role of explorers having stumbled upon Princeton's version of Mayan ruins long lost in the jungle.

Now, what are the chances that the old homestead would have been in the one spot we decided to clear? It's a variation on one fairy tale or another, with the butternut species playing the damsel in need of rescue, left to wait while the matchmakers check out the really cool castle. 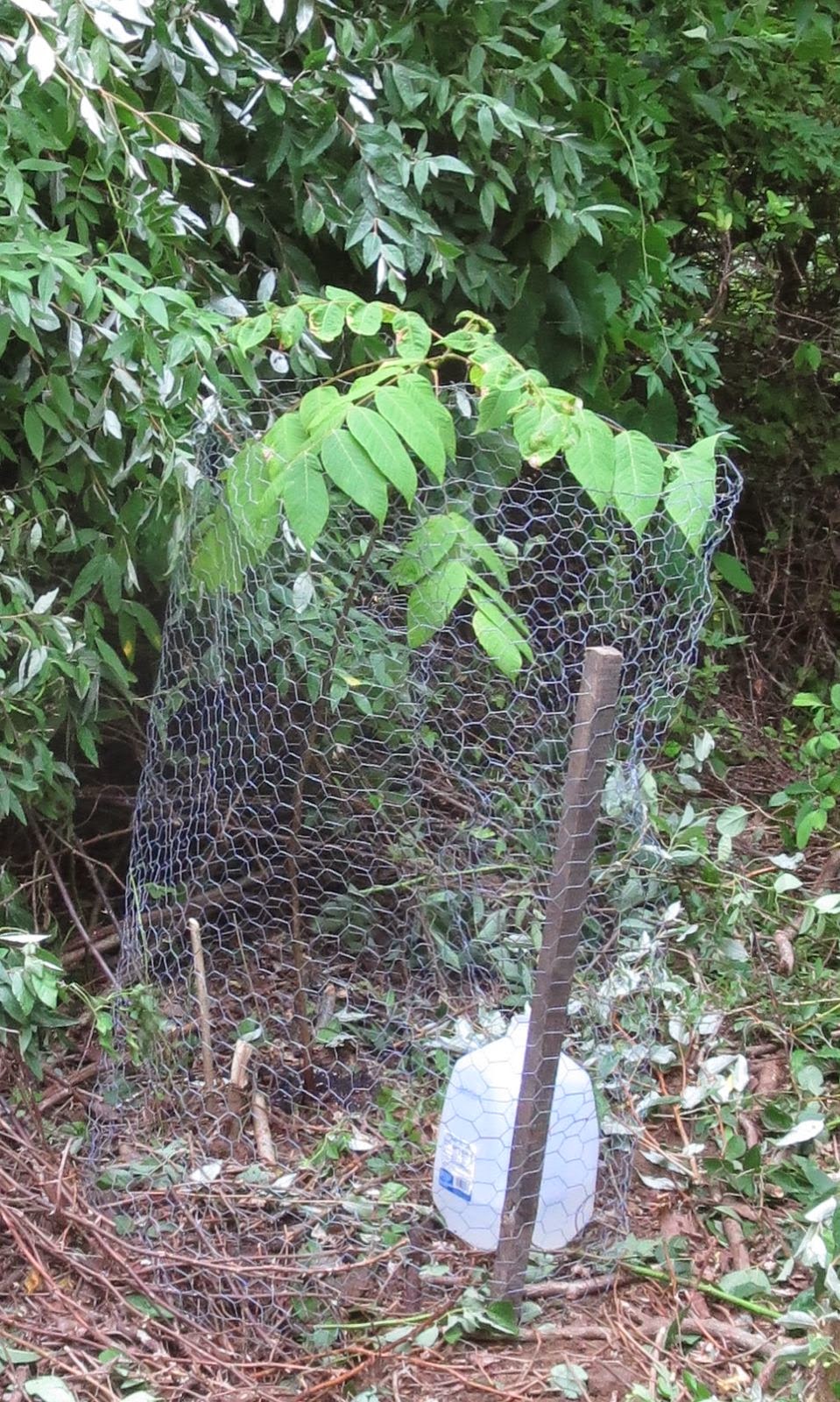 We did get around to planting the two young butternuts, as evening approached. Later, I checked a map made long ago by Jac Weller, who ran the last microfarm in the Herrontown neighborhood. (His farm was later turned into Smoyer Park.) The map shows where all the small homesteads were, back in the 1870s. The closest to our discovery appears to be either the Scudder or Goeran farmstead.

There's also the possibility that the butternut or its predecessors were planted by the farmer a century or so ago, making the proximity of the farmstead less than accidental. This NRCS website says it was a common practice, as does this one. Either way, it's actually very convenient to find a homestead nearby when you plant trees deep in the forest. The well, if it still has water, will come in handy if we need to water the trees.

Note: Here's Bill Sachs' advice for distinguishing a butternut from a black walnut:


"The nut in a butternut is distinctly oblong or football-shaped and also hairy with a sticky texture. When in doubt, snag a low hanging branch if there is one and check a leaf or two and twig. The rachis, leaves and terminal of a butternut tend to be hairy or fuzzy (pubescent); in black walnut, smooth. If you slit the twig with a pocket knife, you will find a chambered pith. In butternut it is chocolate-brown in color; in black walnut, buff or pink. There are other distinguishing characteristics, but these are the ones I depend on in the summer."