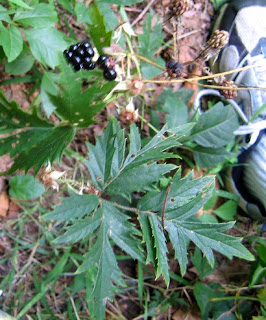 During frequent visits to local nature preserves, I am periodically surprised to see a new plant on the scene. This has been happening more frequently lately, for some reason, and the new plants tend to be exotic species that may or may not prove to be invasive.

The first photo, taken in August at Greenway Meadows in a wooded area, is cutleaf blackberry (Rubus laciniatus). 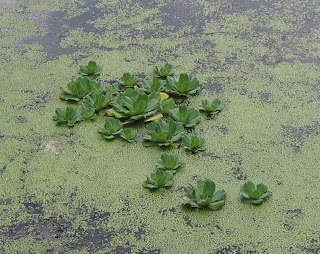 The second, which I found growing both at the D&R canal and at Mountain Lakes, is water lettuce (Pistia stratiotes). 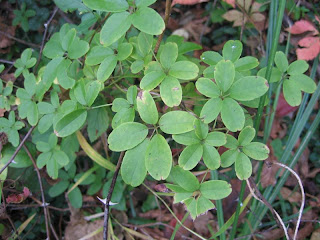 One day, I was in the Rogers Refuge parking lot and happened to look down at the plants growing along its edge, and was surprised to find a vine with five leaflets (third photo) It is most likely chocolate vine (Akebia quinata).

Thanks to Rachel Mackow for help with identifying these species. Rachel works for Friends of Hopewell Valley Open Space, and is very involved with organizing the Central Jersey Invasive Species Strike Team.

As with all problems, it's far easier to reduce the negative ecological impact of invasive species by intervening when they first show up, rather than waiting until they have spread so much as to be uncontrollable. The Strike Team's mission is to detect invasions early, and respond as quickly as possible. Up to now, New Jersey has not had that capability.
Posted by Steve Hiltner at Monday, October 27, 2008