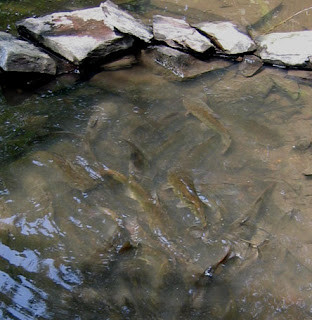 There had been doubts that the upper lake at Mountain Lakes, filled with 7 feet of sediment and only 6 inches of water, was still sustaining anything beyond minnows and and miniature sunfish. But on July 11, I stopped by the drained lake and found these foot-long catfish clustered just below a homemade dam. They had tried to escape the drained lake by swimming up one of the feeder creeks. 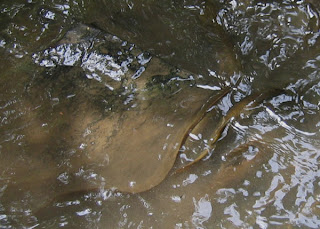 They were joined by a two foot long eel, whose long dorsal fin was visible through the glare. 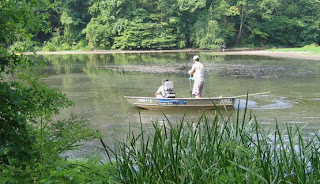 The previous week, before the lake was drained, workers from Princeton Hydro with a smelly generator and small flatbed boat had paddled around trying to shock and collect fish. 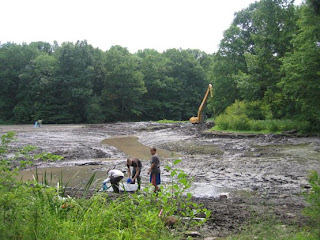 But a far more effective and cost-effective method was later demonstrated by neighborhood kids, who hauled bucket after bucket of fish out of the muddy, shrunken waters, to be carried off to private ponds or dumped in the lower lake, which has yet to be drained. 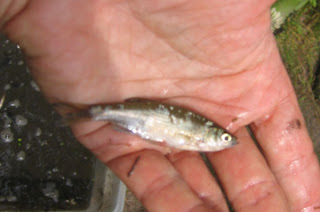 Mixed in with the multitudes of miniature sunfish were a minnow of some sort, 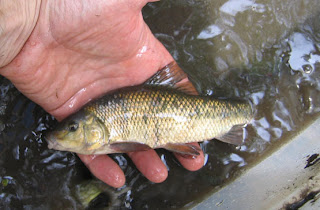