Spring Cleaning in the Raingarden 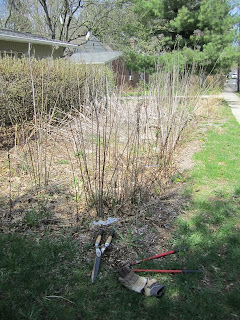 One of the easiest and most rewarding spring tasks is preparing a raingarden for a new season of growth. This raingarden was installed by Curtis Helm and me at Princeton borough's Senior Resource Center on Harrison Street. Water from the roofs is channeled into the garden, where it accumulates to several inches in the hollowed out area and then slowly seeps into the ground. Mosquitoes are not an issue because the water does not stand long enough for them to breed. A list of the plants, all adapted to wet soils, can be found in another post.

All that was needed was a pair of pruning shears, gloves, and a plastic grocery bag that was conveniently found amongst all the paper and plastic trash caught by the raingarden over the winter. 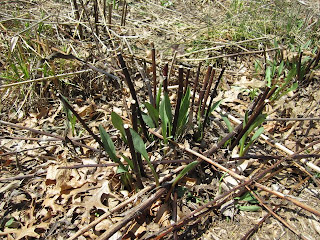 Though the spring cleaning of a raingarden is easy and rewarding, I nonetheless postponed it until the last minute. One more week and the new growth would have become tangled in last year's dead stalks.

First step was to cut the brown stems of joepyeweed, green bulrush and other native perennials. 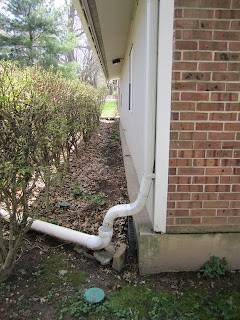 It's important to check the downspouts that conduct water to the garden, 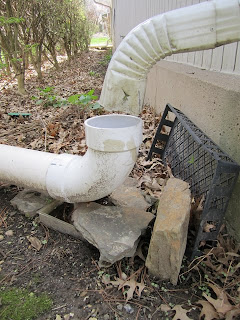 one of which had lost its underlying stones and needed a little tightening of the joints. 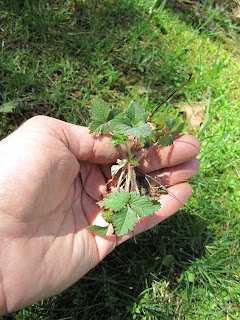 Pulling the occasional weed like false strawberry (Duchesnia indica, also called Indian strawberry, because it is native to India), 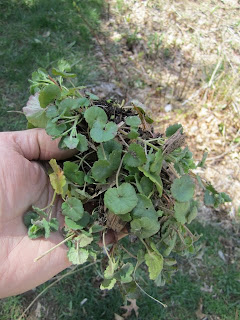 and gill-over-the-ground ( Glechoma hederacea, also called creeping charlie, or ground ivy) is a piece of cake if the soil is still soft after recent rains. 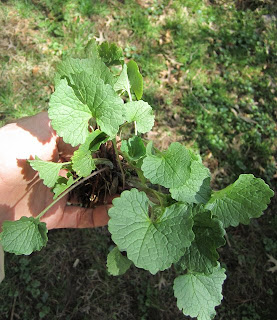 Garlic mustard is a common weed that will spread by seed if not pulled out before it flowers. I've heard it makes good pesto, but have never tried it out. 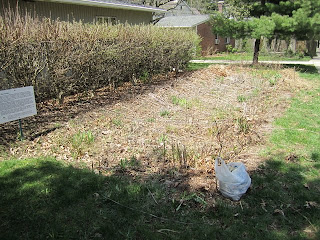 All that was left was to pick up the trash and toss the stalks back in the woods. No need to burden the borough crews with yardwaste that can easily decompose unnoticed back near a fenceline. 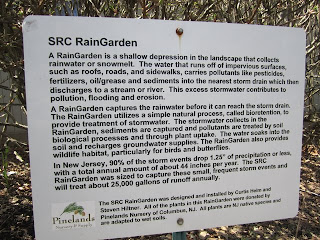 Less than an hour and it was done. Now to figure out how to make a raingarden grow cake.
Posted by Steve Hiltner at Friday, April 15, 2011