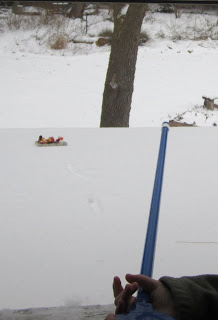 Snow finally arrived last night, having been loathe to return ever since its much criticized, heavy footed miscue back in October. My daughter, deciding the snow was insufficient for sledding, chose instead to send her little people on an exhilarating slide off the rooftop, aided by a broom handle. 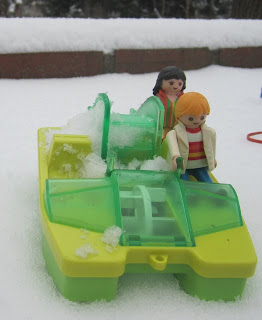 Later on, some paddleboating in snow? What were they thinking? At least it got them outdoors. 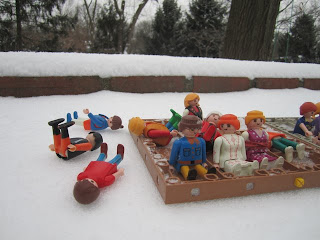 This seemed much more sensible--some restful cloudbathing after their brief but exciting sledding venture, and a bit of stretching. Many a time have I thought there should be a designated "Conspicuous Stretching Zone" in the park, where parents wishing to spend their time more productively could feel permitted to assume various self-improving poses, free of any sense of awkwardness. 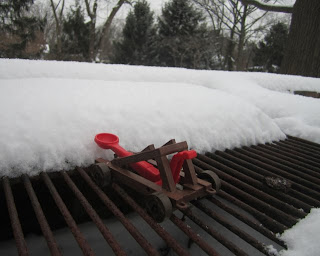 I didn't see how this contraption fit into the narrative. There was no enemy castle in sight, into which to hurl plague-infested pigs. Perhaps they thought it would be a good way to get back to the second floor. 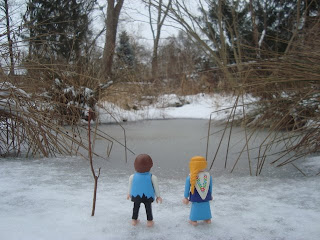 As the day's light faded, a couple hardy northerners, dreaming of winters past, looked longingly out across the lake, wondering when the ice will be thick enough to skate on.
Posted by Steve Hiltner at Saturday, January 21, 2012