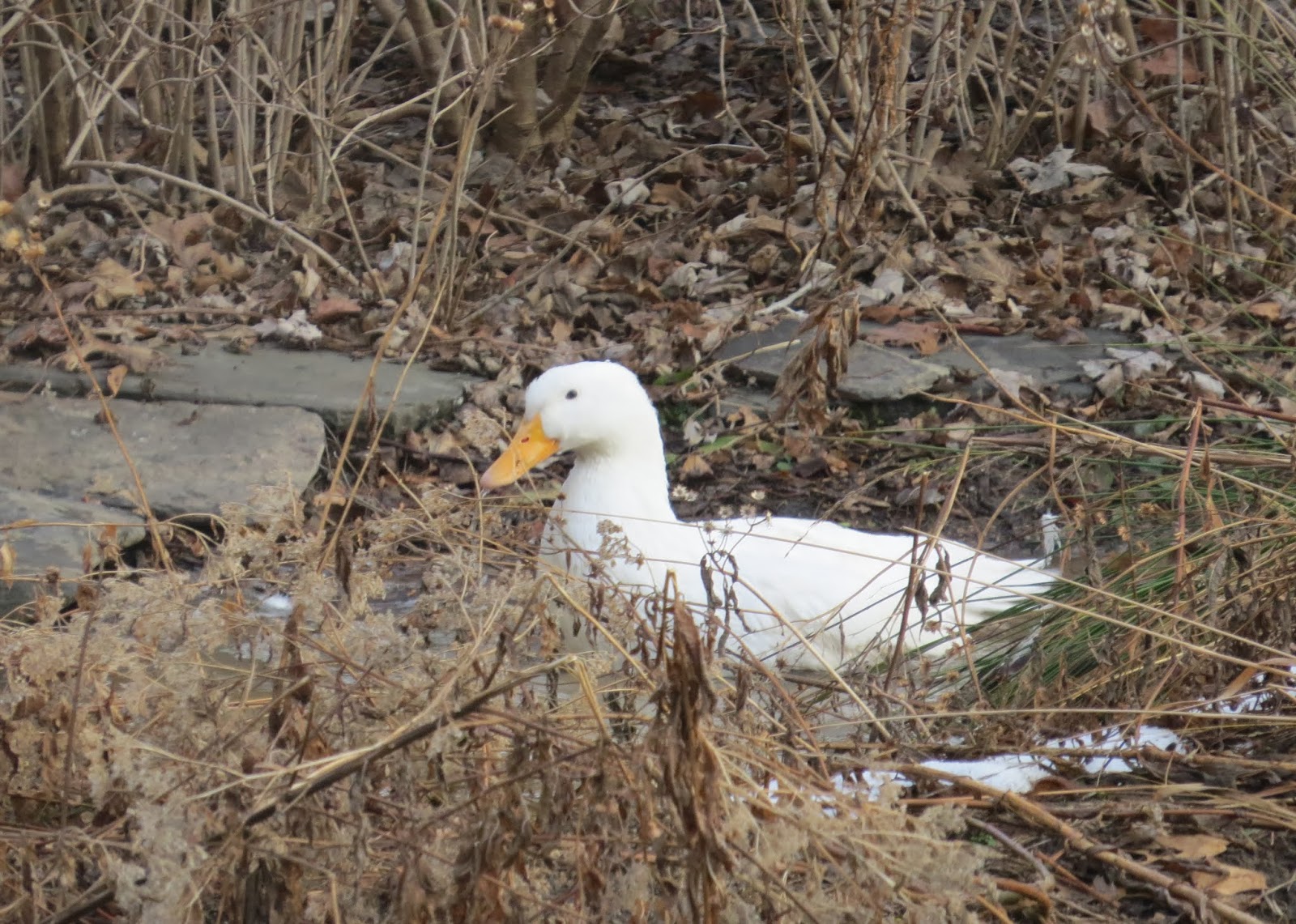 Yesterday, I looked out the back window to see our Pekin duck, Daisy, rotating her head to look skyward (haven't managed to capture that in a photo). Usually, that means there's something interesting up there. 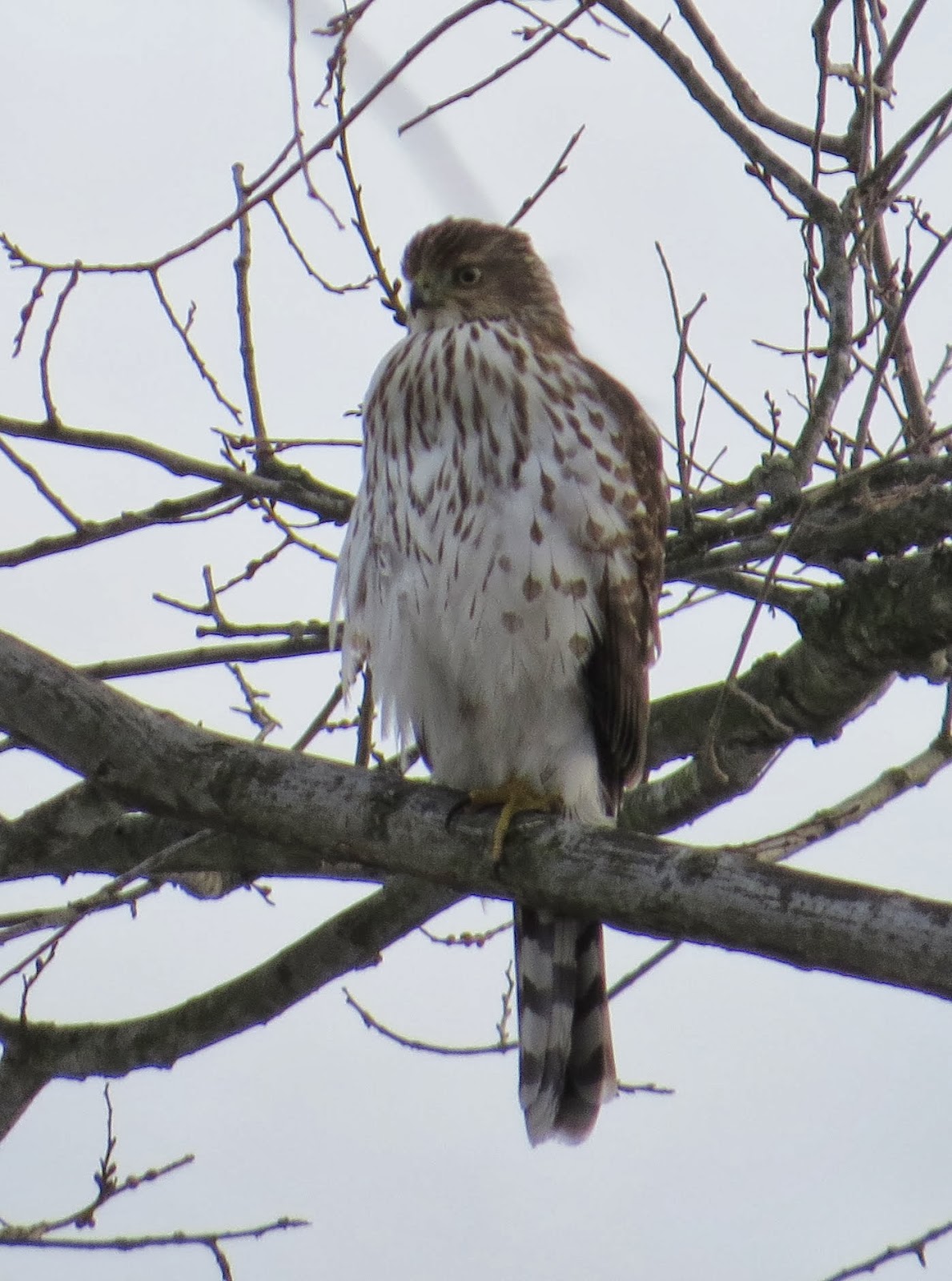 This time it was a Coopers hawk perched thirty feet up in a silver maple tree near the back fence. The hawk, who I assumed was not auditioning for the role of Santa Claus, appeared in no hurry to take any action, so I decided to take some photos before bursting out the back door to scare it away. 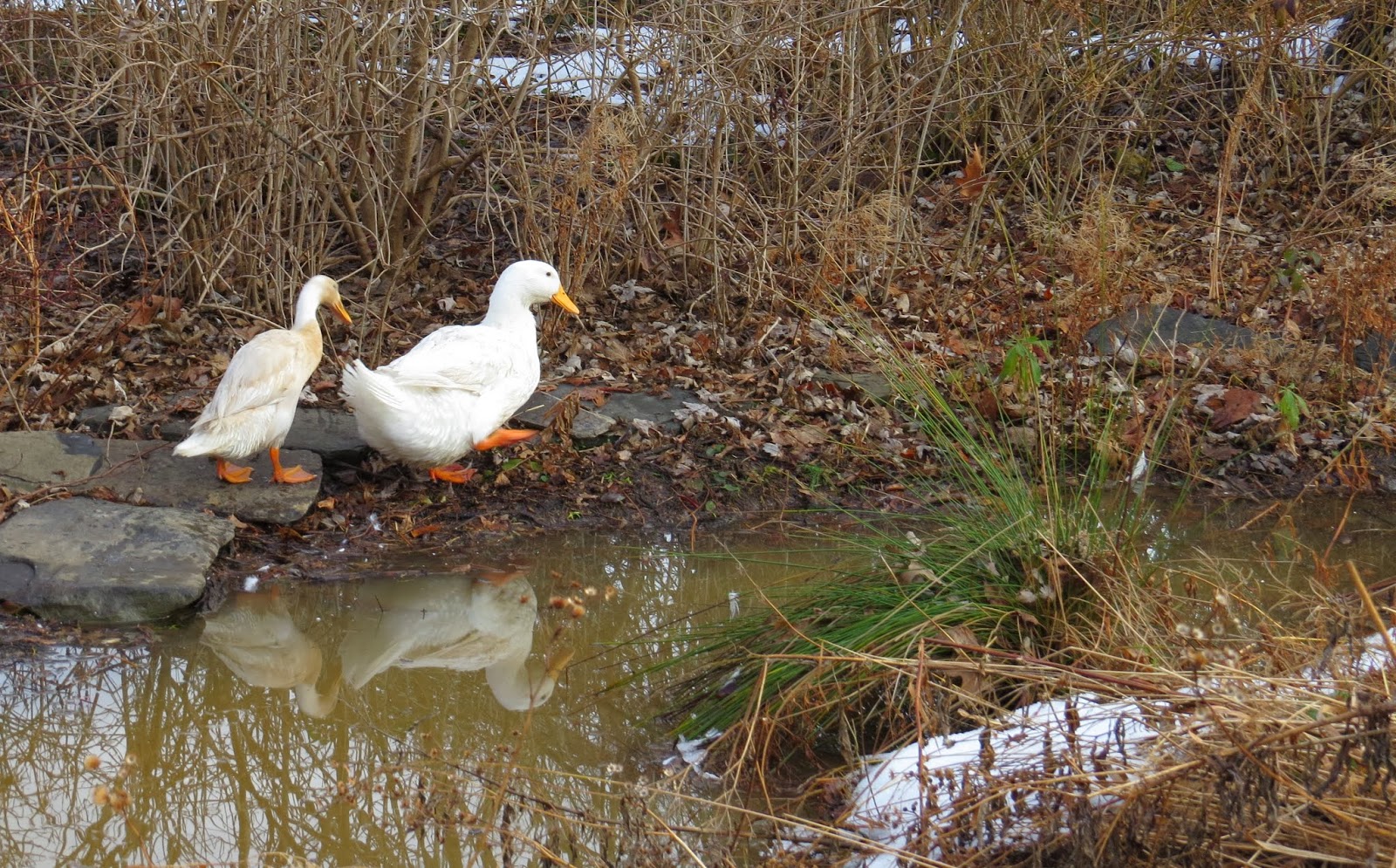 The ducks had already gone back to foraging, 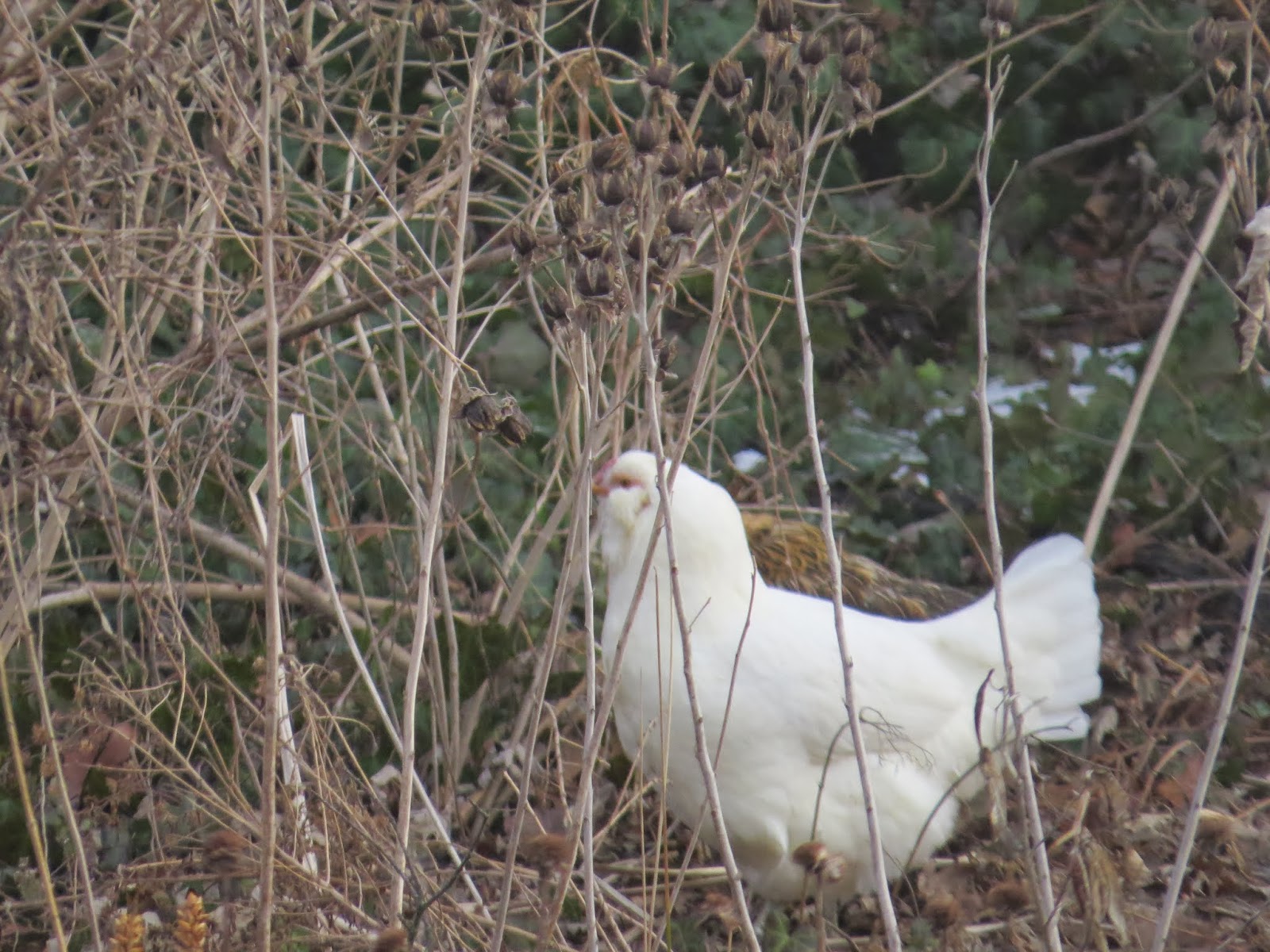 but our chicken Buffy continued to stand stock still under a bush. A female duck, with its sizable bill, is much more confident about defending itself than a hen. Buttons, our other chicken, was nowhere to be seen. 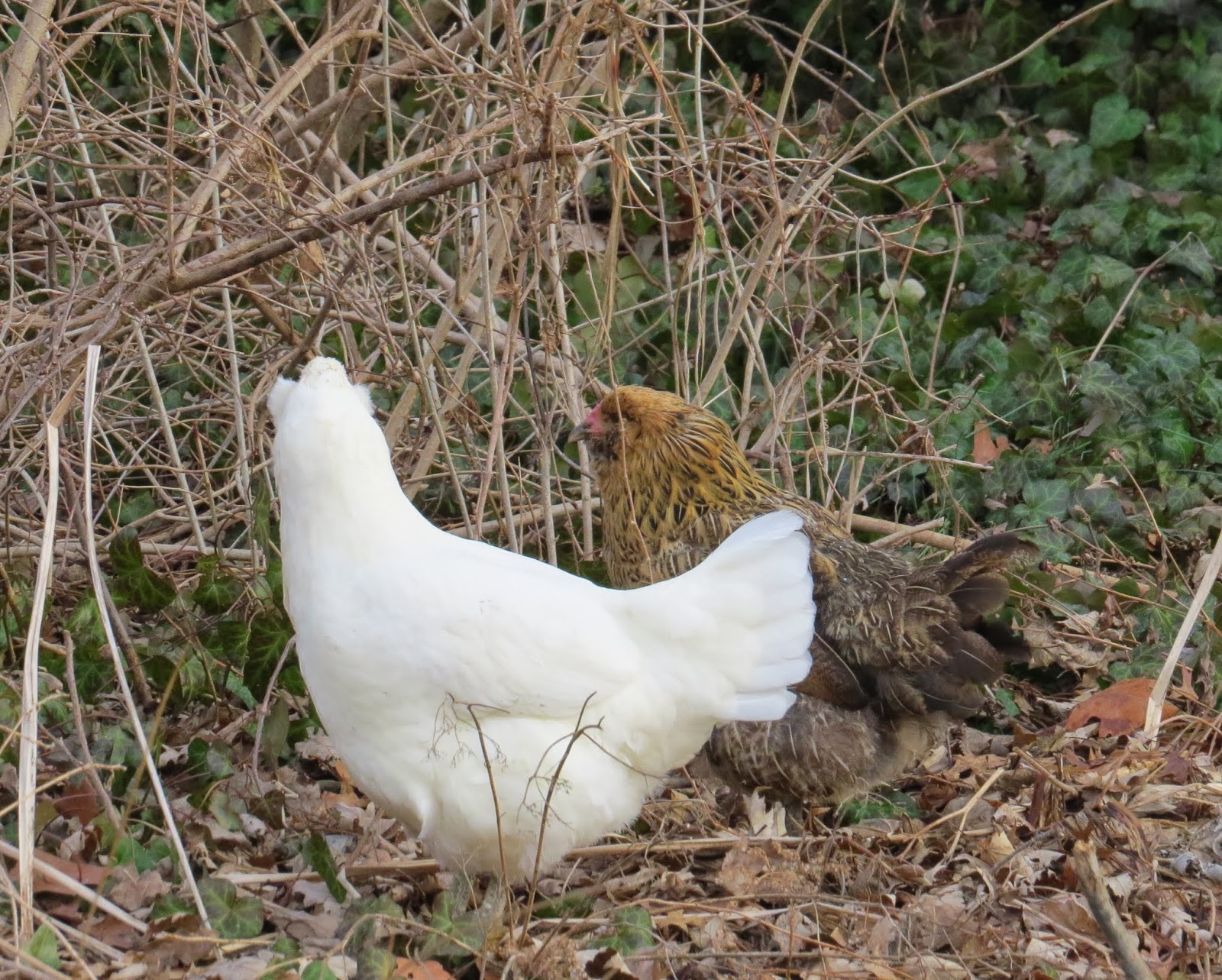 Only after I stepped out back, and the hawk flew away, did I notice Buttons, hiding behind Buffy. The Pekin duck may have been sufficiently intimidating in size and manner to give the hawk pause, and my entry on the scene will hopefully discourage the hawk from returning for awhile.

Egg production lately has been an egg each day from each of the ducks. The chickens are laying off egg laying, probably because we haven't given them supplementary lighting.

The ducks and chickens require no heating in their coop, though the watering can freezes up if there's no heating plate underneath it.