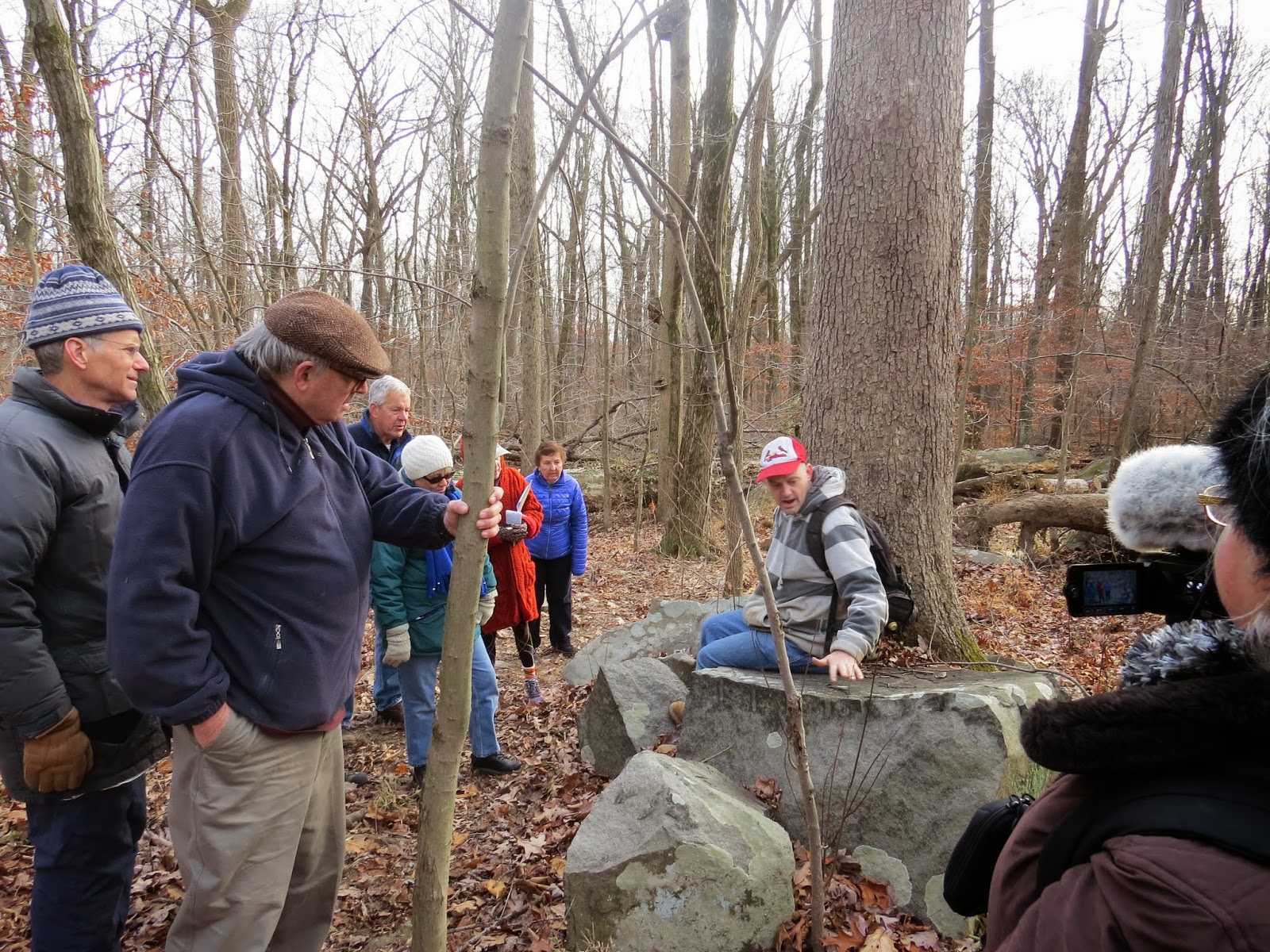 It was a walk through the ages, as thirty people came on the first Friends of Herrontown Woods nature walk last weekend, to see the Veblen House and farmstead, and the newly restored trails through the 142 acre tree-and-boulder garden. There were kids, adults, and a cockapoo named Wynston, whose name was claimed to be the only one that rhymes with Princeton.

The walk began with the sound of a pileated woodpecker off in the distance, and there was a rare opportunity to see Kurt Tazelaar sitting down. Kurt--a force of nature, in nature--and Sally (with camera on right), had cleared this trail, which took us past evidence of past quarrying, and the intimate embrace of trees and rock, as with this white oak. Some time ago, we counted the rings of another white oak that had finally succumbed to a windstorm in this mature section of forest above the cottage, and found it to be at least 150 years old. The trees and the boulders co-led this nature walk, speaking so eloquently of time and endurance. 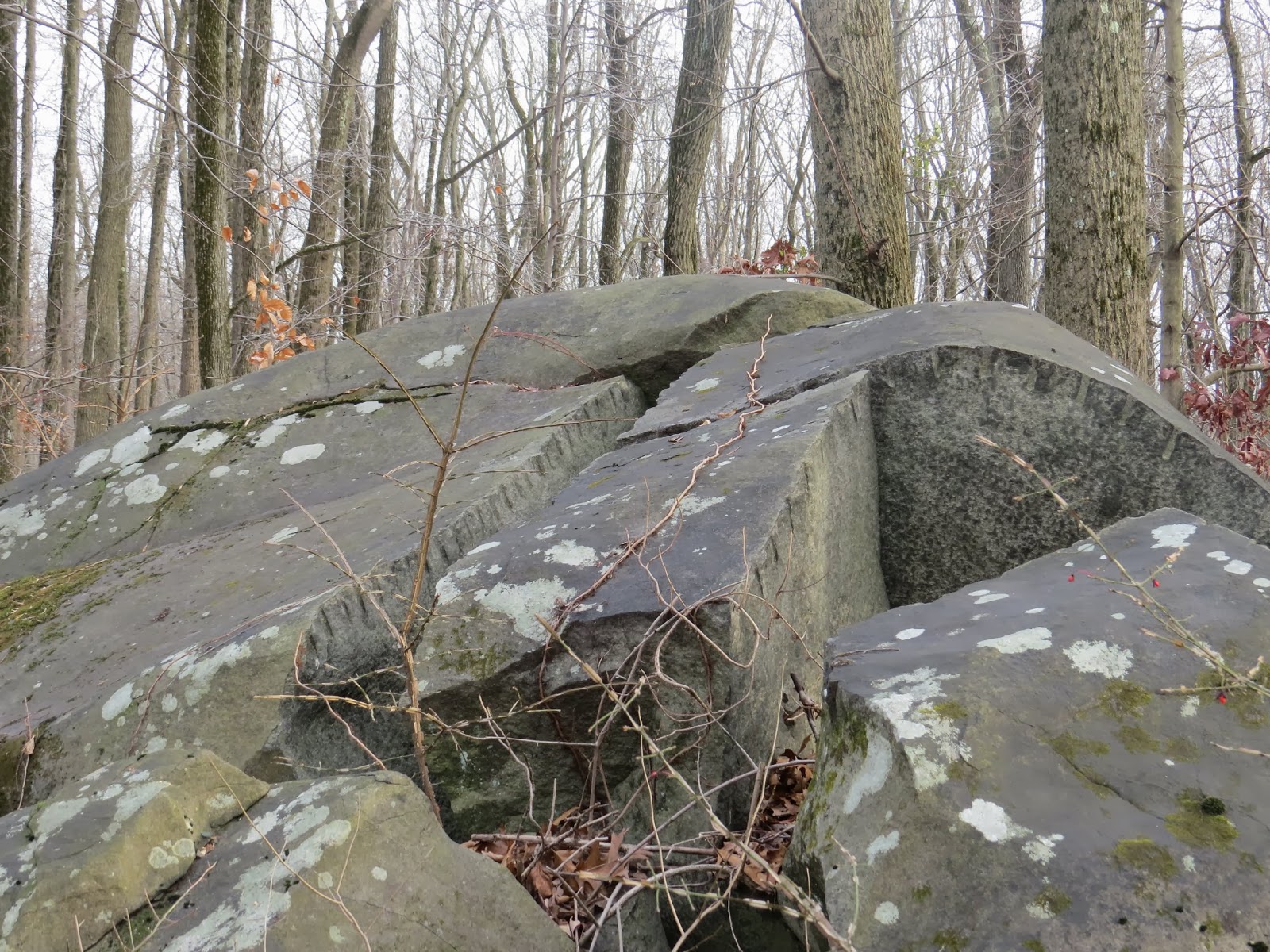 The boulders got bigger as we climbed the slope of the ridge. Many of the boulders have natural fissures, some of which were broken apart back in the quarrying days. If you look closely, you can see a series of drill holes along the edges,

which Kurt had pointed out earlier. Peter Thompson later sent us a link explaining the stone splitting technique used back in the day.

In some places, the land is pockmarked, as if boulders had been extracted from the landscape like molars, leaving a broad hole in the ground. 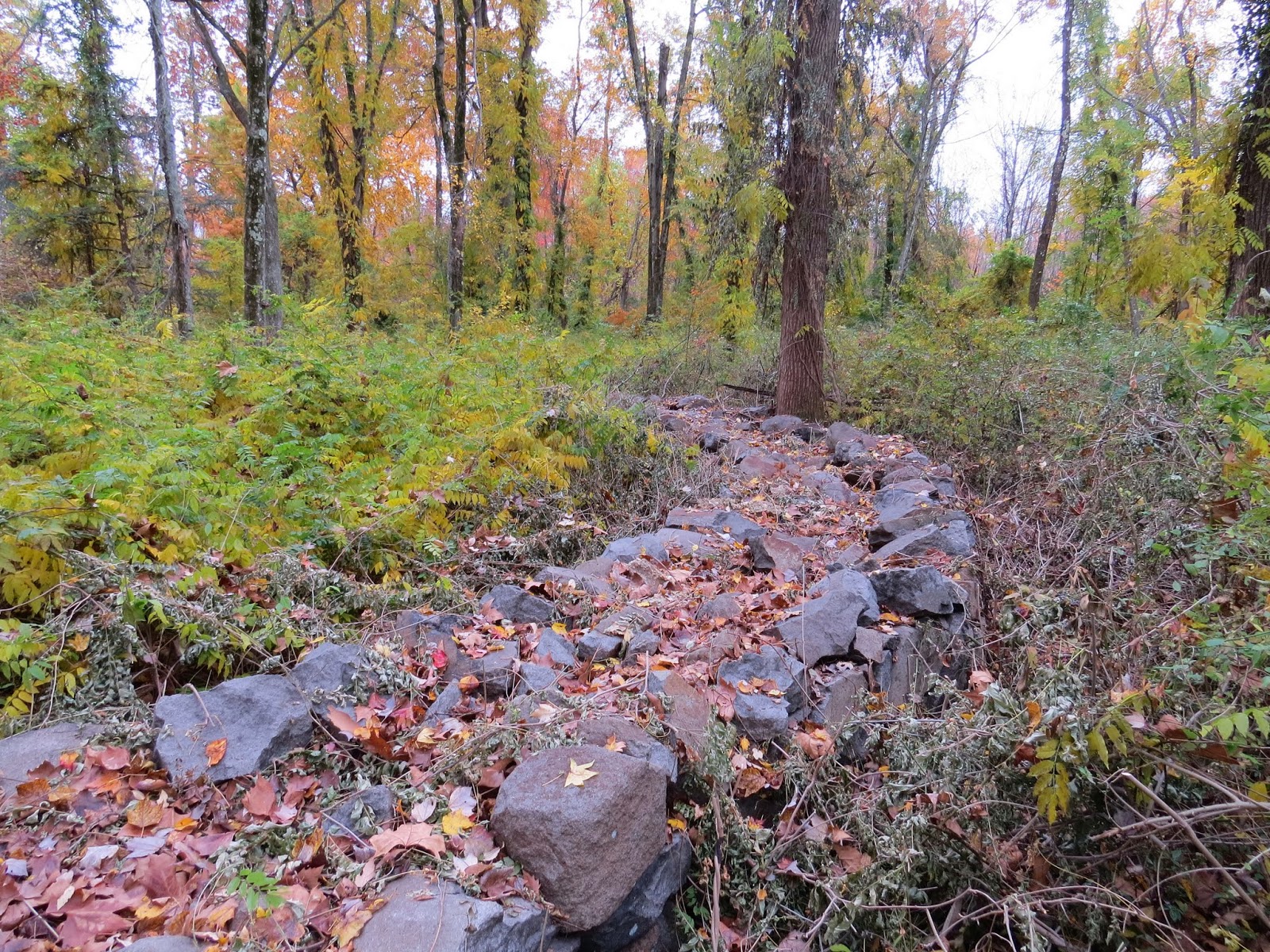 How the broken off pieces were transported, and to what use they were put, is part of the unfolding story as Herrontown Woods undergoes a restoration that in some ways is like the restoring of a painting, at once timeless and dynamic. Time will tell if the past's story will be told.

Perhaps some of the quarried stones ended up in this circular horse run--a bit of culture overrun by horticulture, in the form of wisteria likely planted long ago by Elizabeth Veblen. 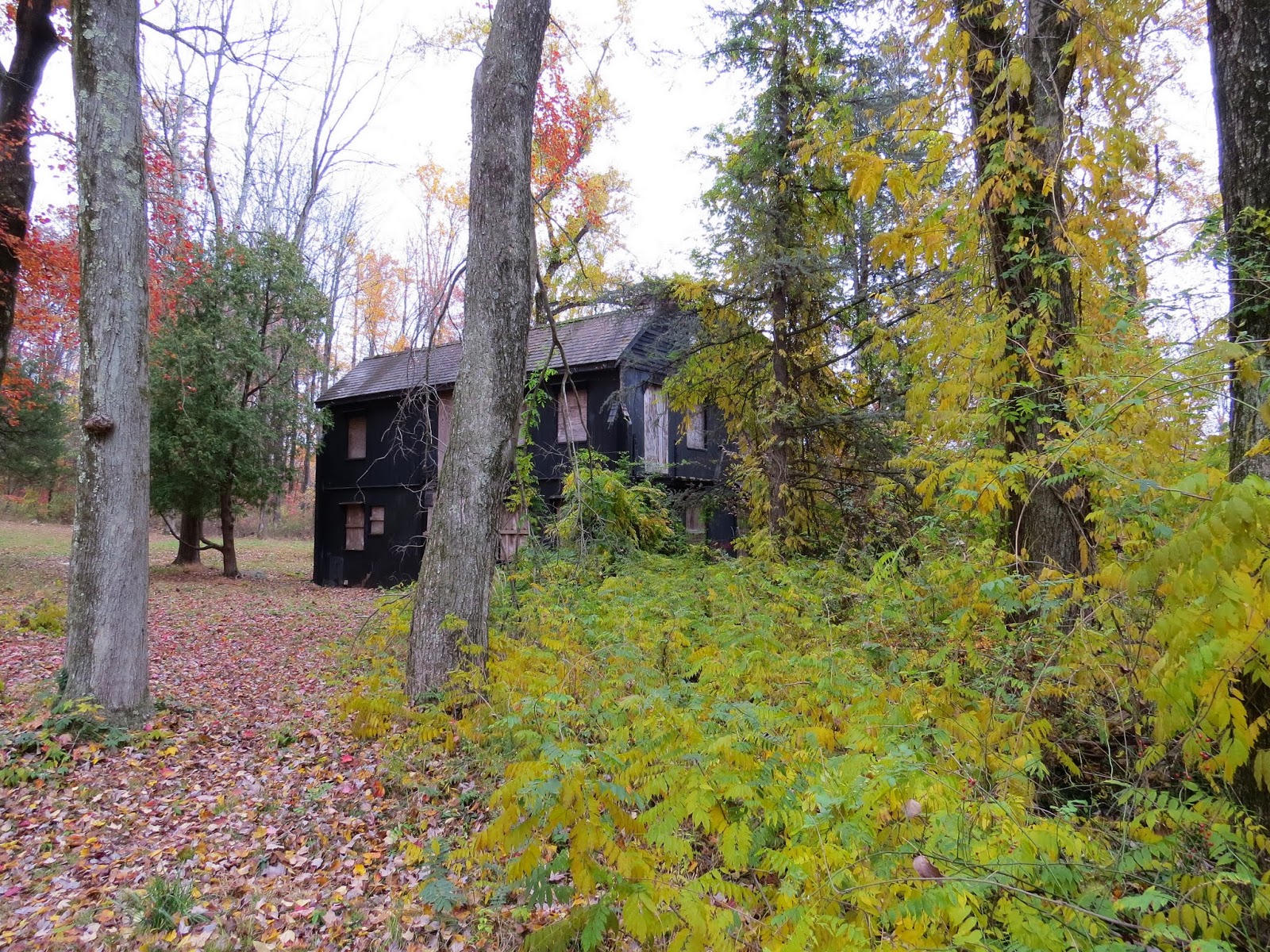 A major cultural fixture in this wild setting is the Veblen House, which drew lots of interest and discussion about how it could be used for meeting space and nature education. (photo's from a few weeks ago)

The walk benefited from all the collective wisdom assembled. Many came who work to sustain other parks and preserves--Marquand Park, Gulick Preserve, TRI, Mercer Meadows. A couple who had been active with a Friends of Herrontown Woods group in the 1970s came, ready to help with this new wave of energy and interest. It felt good to have Princeton's original nature preserve back in the fold, its arteries cleared and flowing with appreciative humanity once again.
Posted by Steve Hiltner at Thursday, December 05, 2013