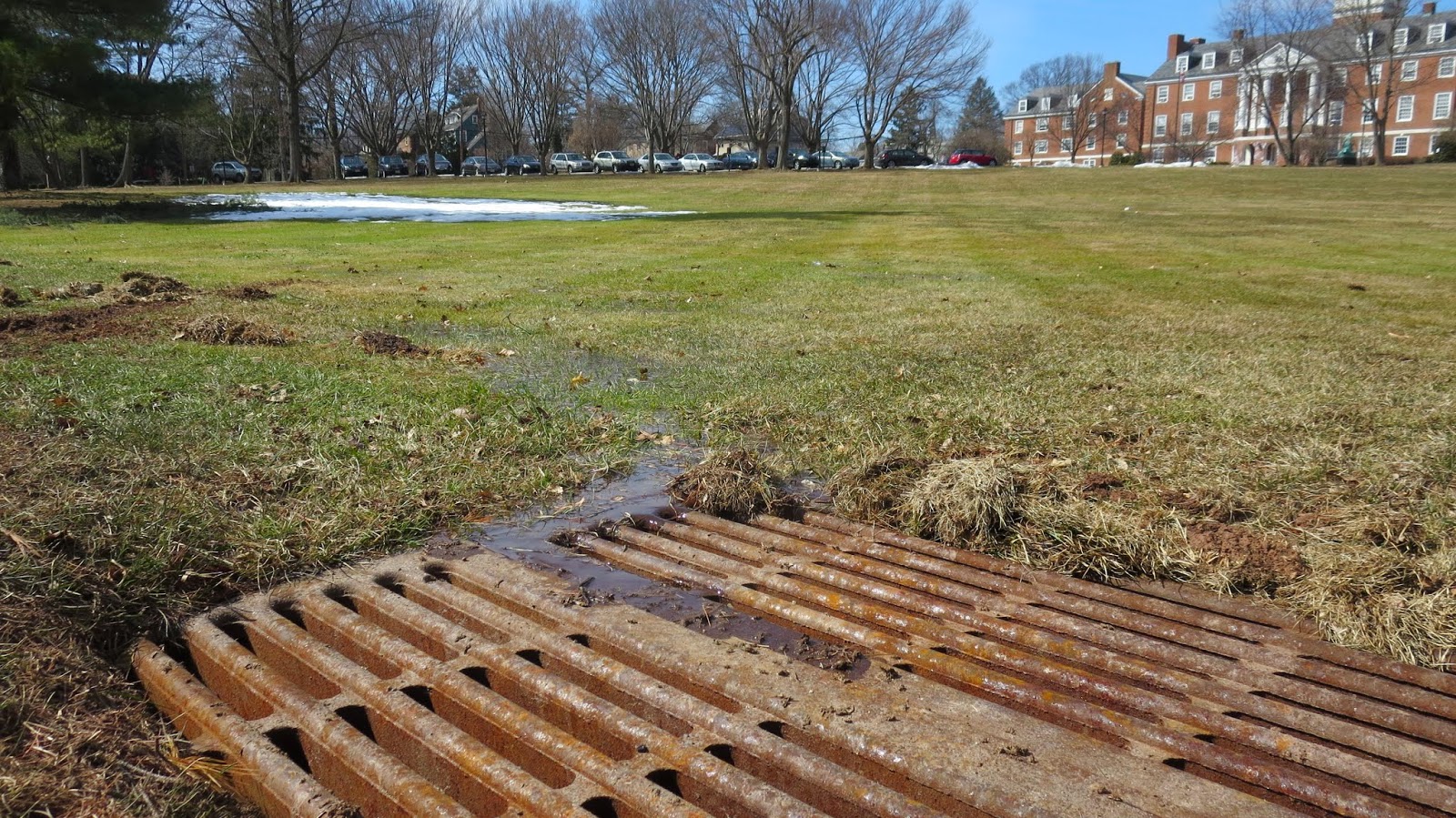 Spring snow melt is a good time to take note of all the miniature watersheds in Princeton. A great river like the Mississippi drains vast regions of the U.S., while this little rivulet drains the front lawn of Westminster Choir College. Instead of emptying into the ocean, it disappears down a drain that pipes the water into Harry's Brook, which in turn feeds into Carnegie Lake. Westminster's south lawn could be thought of as a subwatershed of Harry's Brook, which is a subwatershed of the Millstone River that heads east, merging with the Raritan before reaching the Atlantic Ocean.

Our drinking water comes from the confluence of the Raritan and Millstone Rivers, so the water draining off this lawn takes a journey that could well lead it 20 miles downstream and into the water treatment plant, for a return trip to Princeton's faucets. This is one of the ways that Princeton's countless miniature watersheds are connected to our lives. 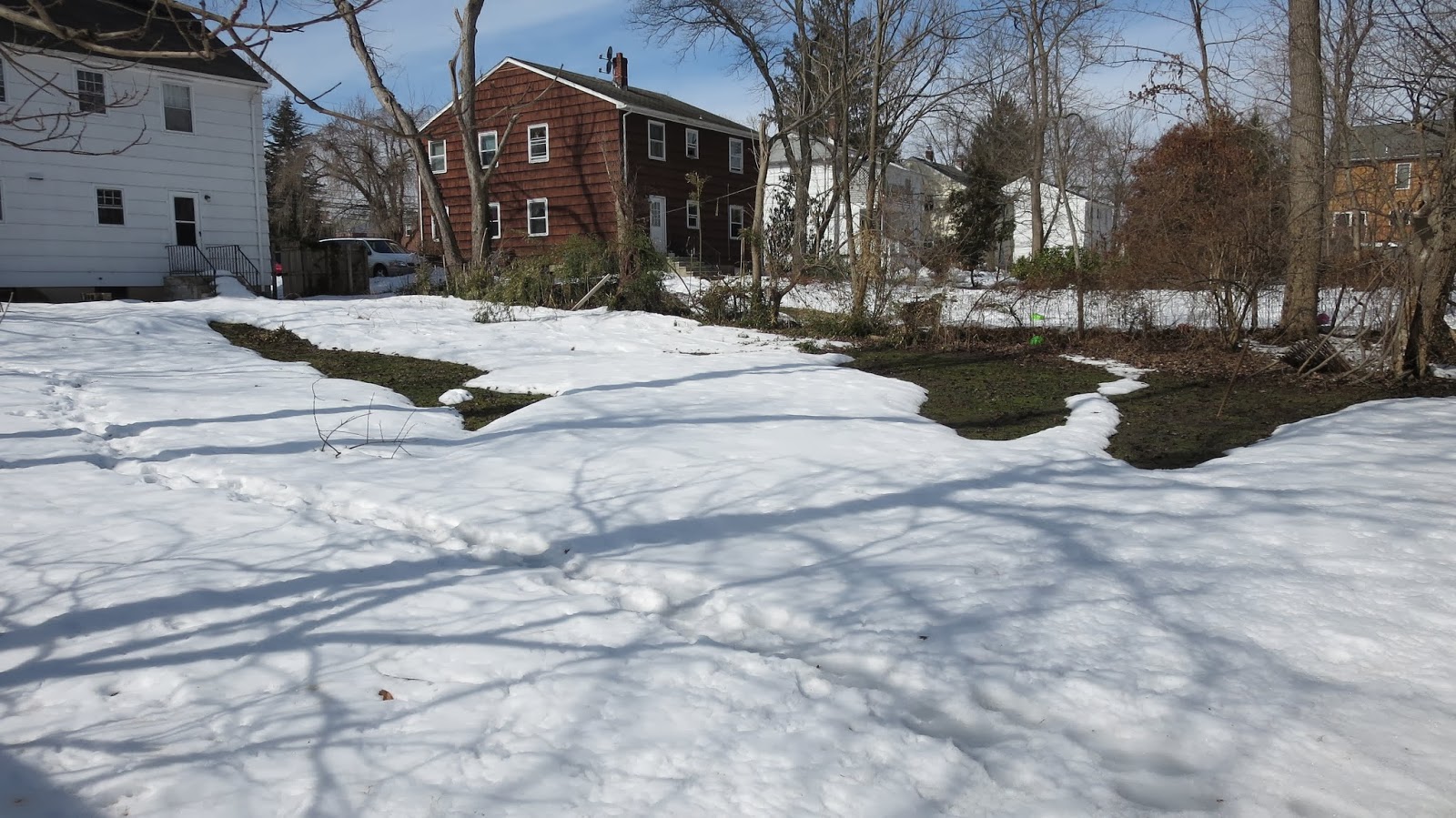 Your backyard is part of a watershed, large or small, and it can be fun to explore where the water comes from that flows through our yards. Some comes from our roofs, and the neighbors' roofs, but patterns in the snow suggest another source. 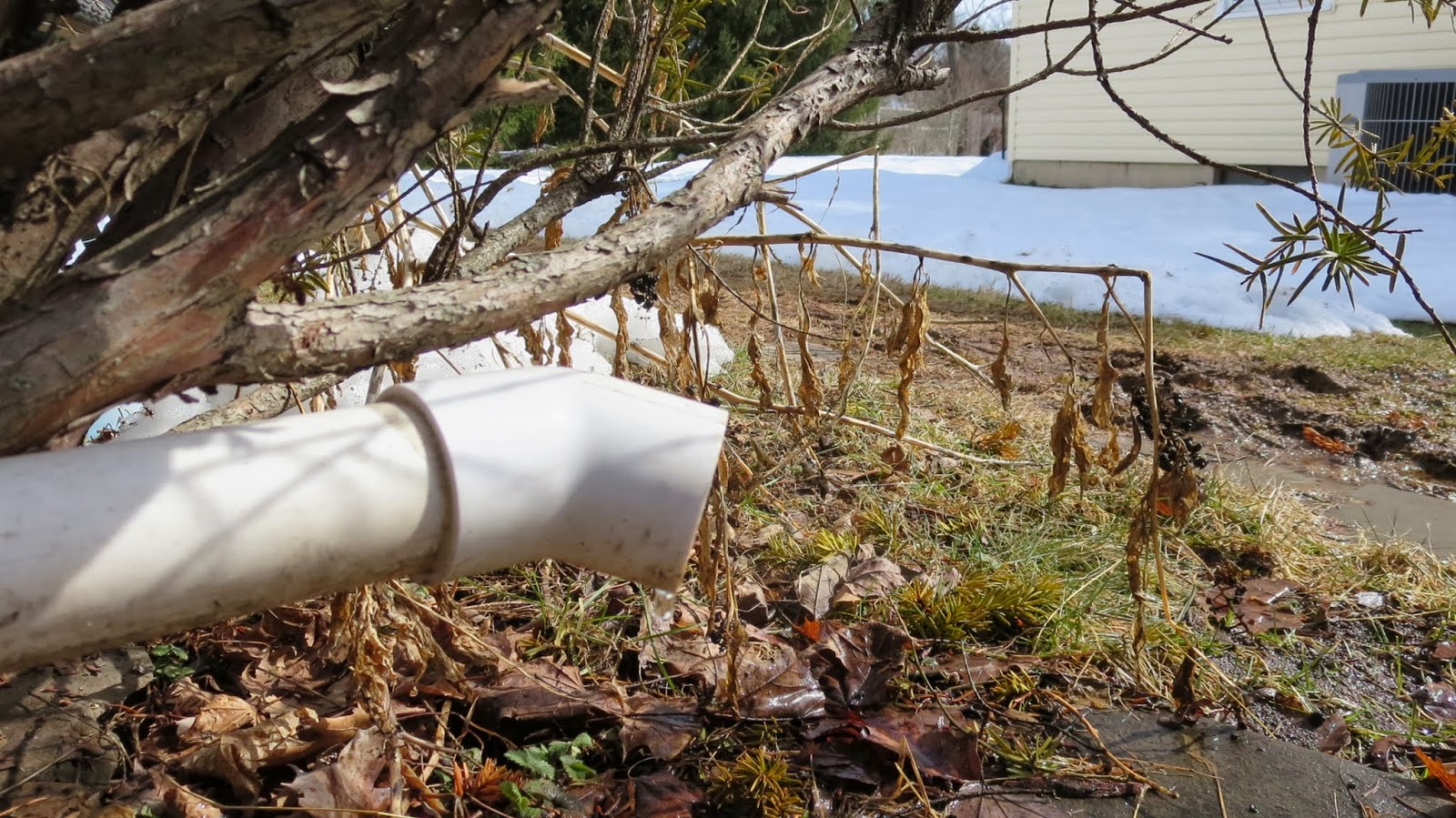 For instance, the channel for my miniature branch of Harry's Brook, which can be seen as a blue line on old maps, has long since been erased by backyard lawns. Some of the houses were actually built where the stream used to flow, so it now expresses itself by seeping into basements, then getting "daylighted" by sump pumps, beginning in a rental four houses up from us. 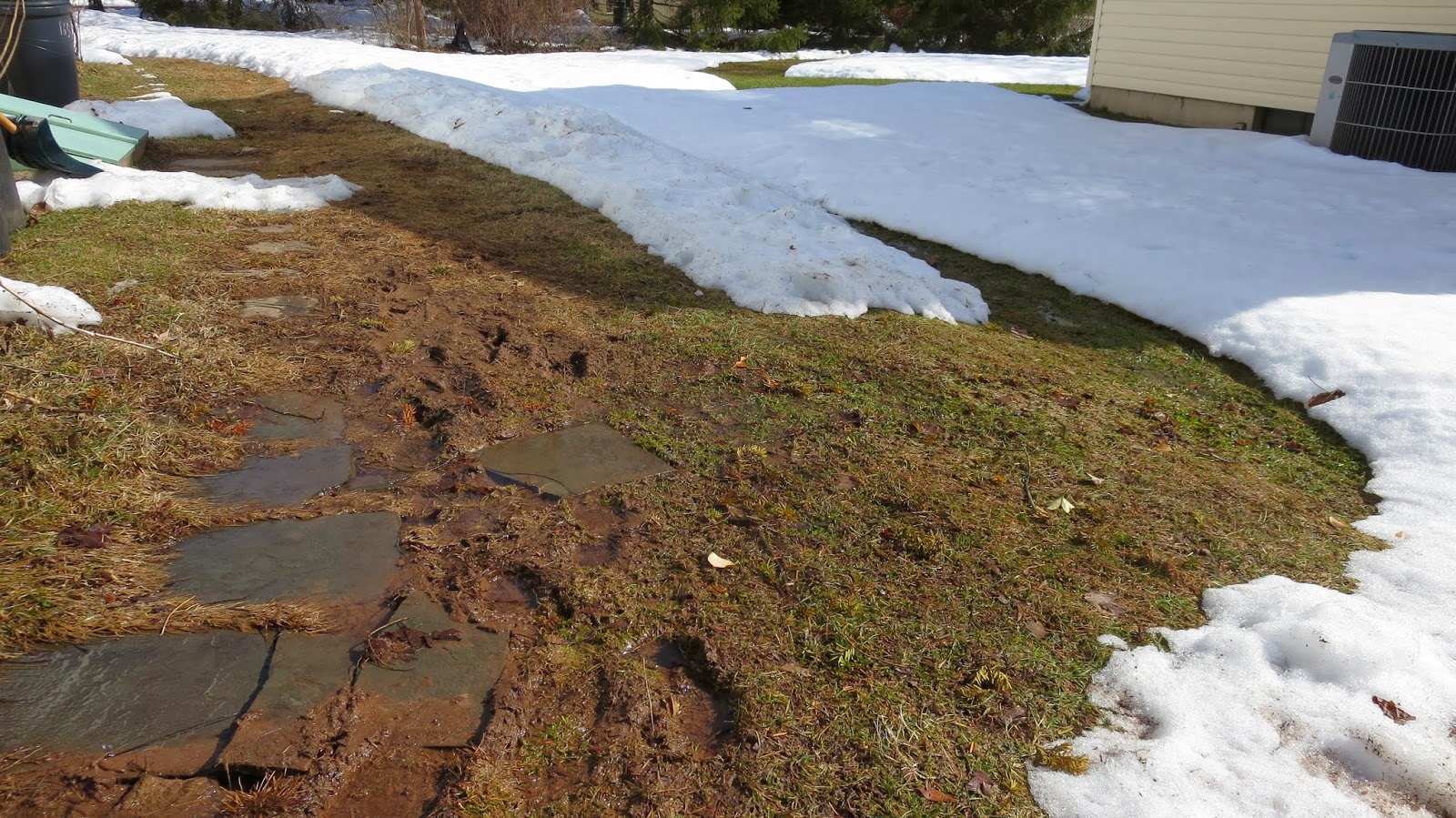 The water being discharged from basements is warm enough to melt the snow and show the pattern of flow that would otherwise be hard to see in a lawn. 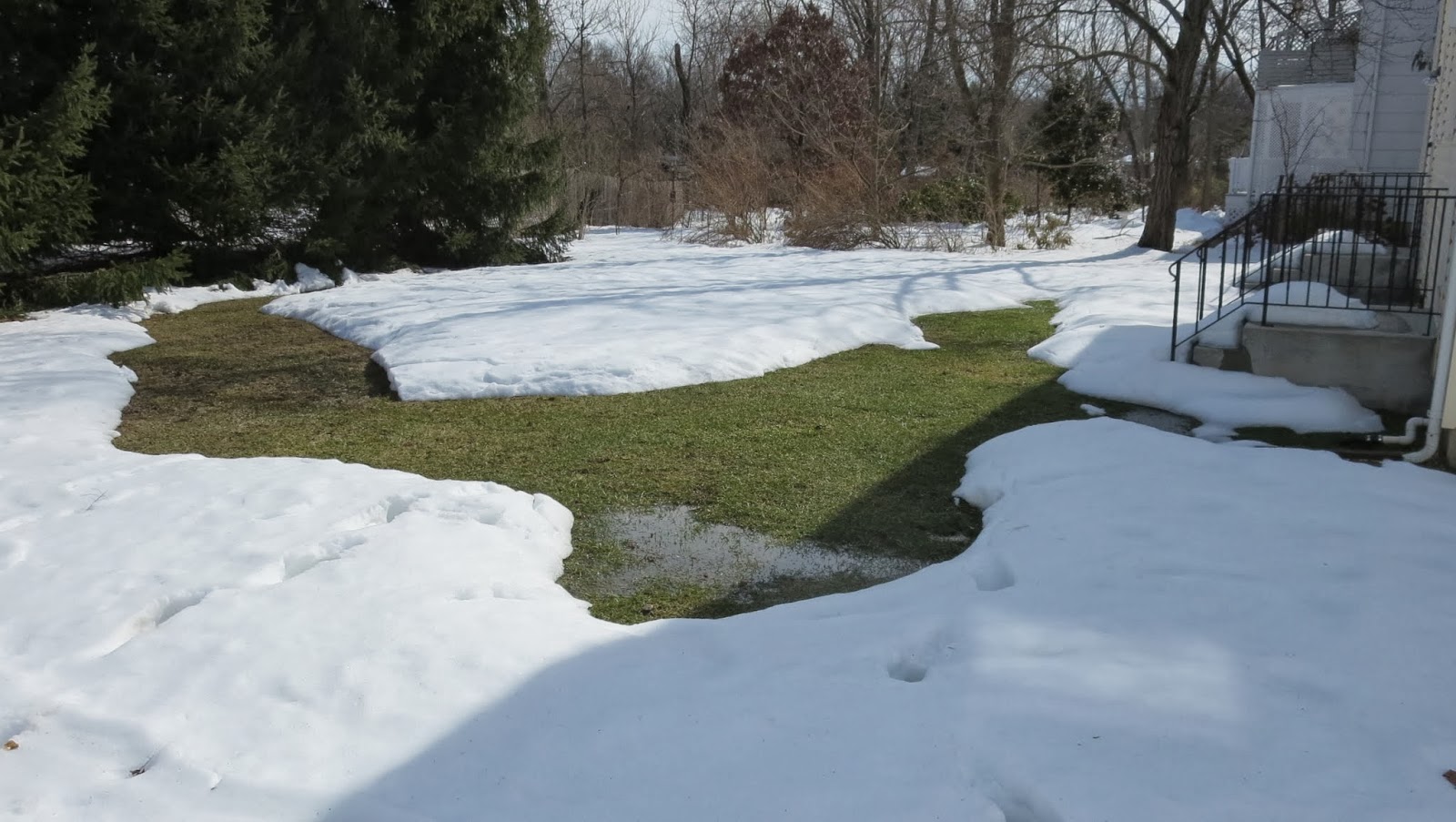 In the next house down, another sump pump adds its share,

and further down the gentle slope, two more sump pumps contribute flow. Most of it seeps into the ground, 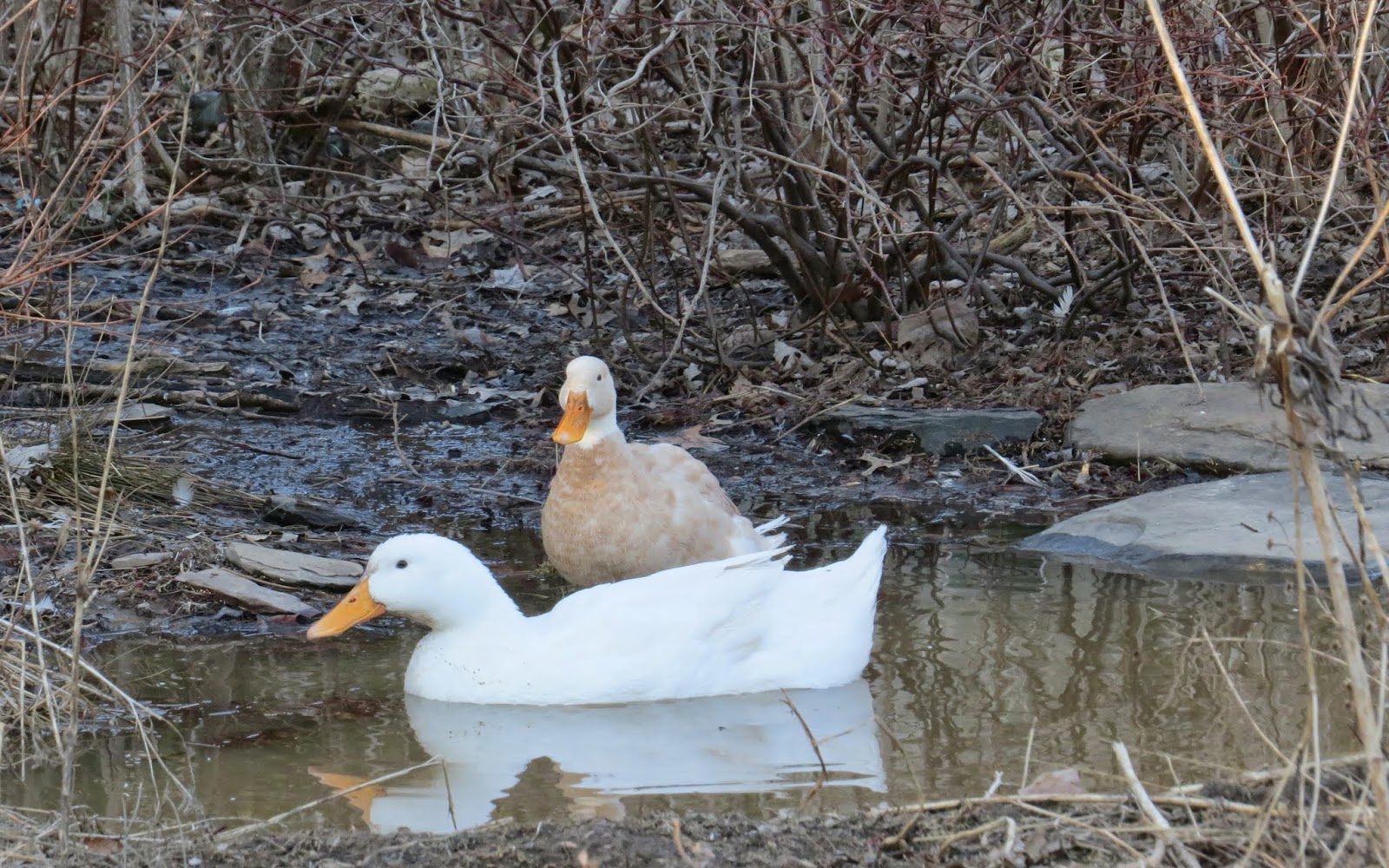 but some may reach our backyard, keeping it moister than it would be otherwise, and sustaining a mini-pond where the resident ducks can swim and clean their feathers.