I was invited by my daughter's 9th grade biology teacher, Alexis Custer, and her colleague Jayne Ricciardi, to come in and speak to four classes over the course of a day at Princeton High School. The subject, invasive species, is full of subtleties and contradictions. Plants are good. They're the producers, ecologically speaking, while we're among the consumers. And yet, some of the thousands of imported plant and animal species are wreaking ecological havoc.

Adding to the irony, an overabundance of one of the most beautiful and iconic native creatures of our woods, the white-tailed deer, is magnifying the damage by eating primarily native species, giving the invasives a big competitive advantage.

A more positive side of the story is that people can have a positive, healing effect on nearby ecosystems, by restoring balance. Most satisfying was telling the students about the high school's wonderful ecolab wetland, which is fed by an "old faithful" sump pump that keeps the wetland wet year-round with groundwater steadily being pumped out of the school's basement, several stories below their classroom. It's a great example of how people can create rich, productive habitats for plants and wildlife by working with nature, rather than against it.

The kids were attentive through the 45 minute talks. School curriculums, when they teach ecology, often focus on distant ecosystems like the Amazon or the arctic. This was a great opportunity to introduce the students to the ongoing ecological drama waiting to be explored in the town where they live. I hope they get out and walk the trails leading through Princeton's many nature preserves. 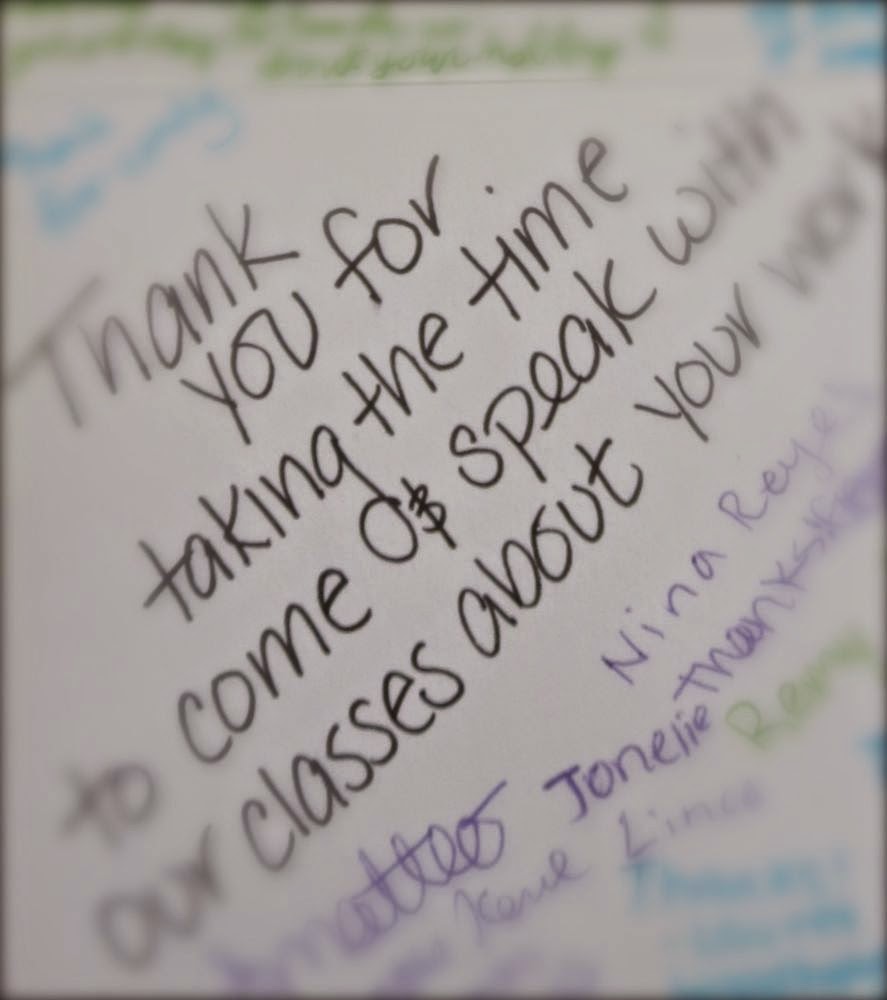 And what a sweet thank you note came in the mail from all the kids!
Posted by Steve Hiltner at Friday, December 12, 2014