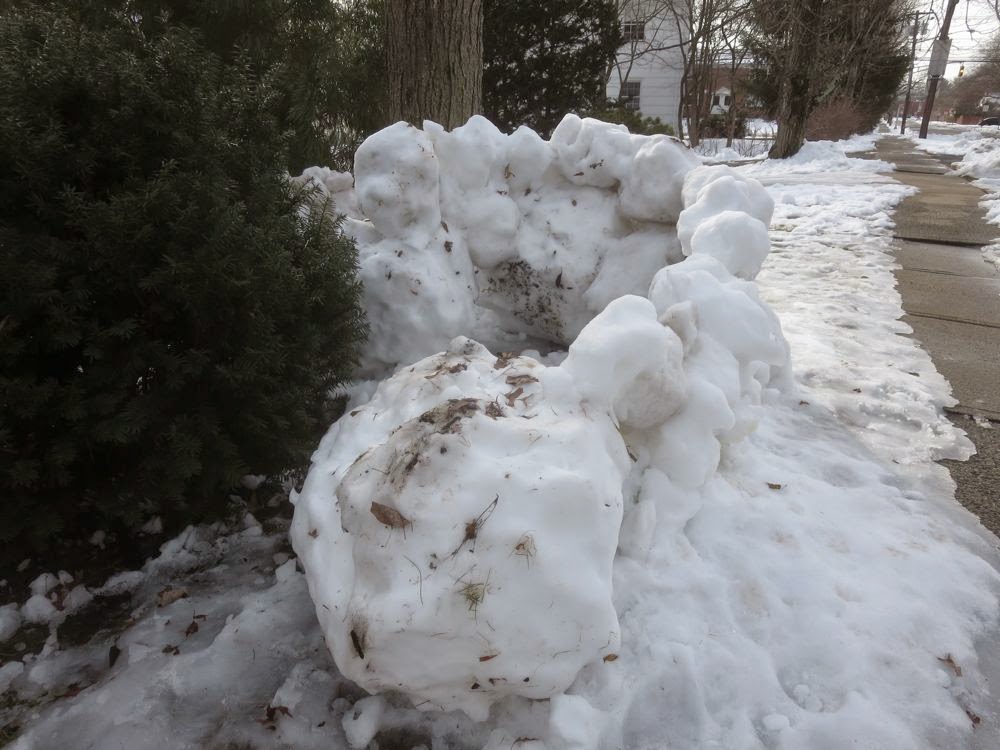 On a recent walk around the block, I encountered three boys building a complex of snow forts in the front yard. My first thought was, "You mean kids still build snow forts?" It brought back memories of all the dramas we superimposed on the landscape I ranged over as a kid.

Within those protective walls, we'd have stacks of snowballs ready to hurl at any who dared attack. My free-range childhood territory included windswept fields where the observatory's facilities crews would erect snowfences to keep snow from blowing over the sidewalks. Snow would gather in drifts five feet deep on the lee side of the fences, perfect for excavating and augmenting, following much the same impulse as the gophers that were hibernating in the ground below.

Like hunting, which I really enjoyed until I actually killed something, our building of the snowy equivalent of a Maginot Line was fun until war actually broke out. There was one traumatic day when our fort complex was attacked, by a couple college students who penetrated the flurry of snowballs and proceeded to destroy our carefully crafted fort. Those were some big bullies. 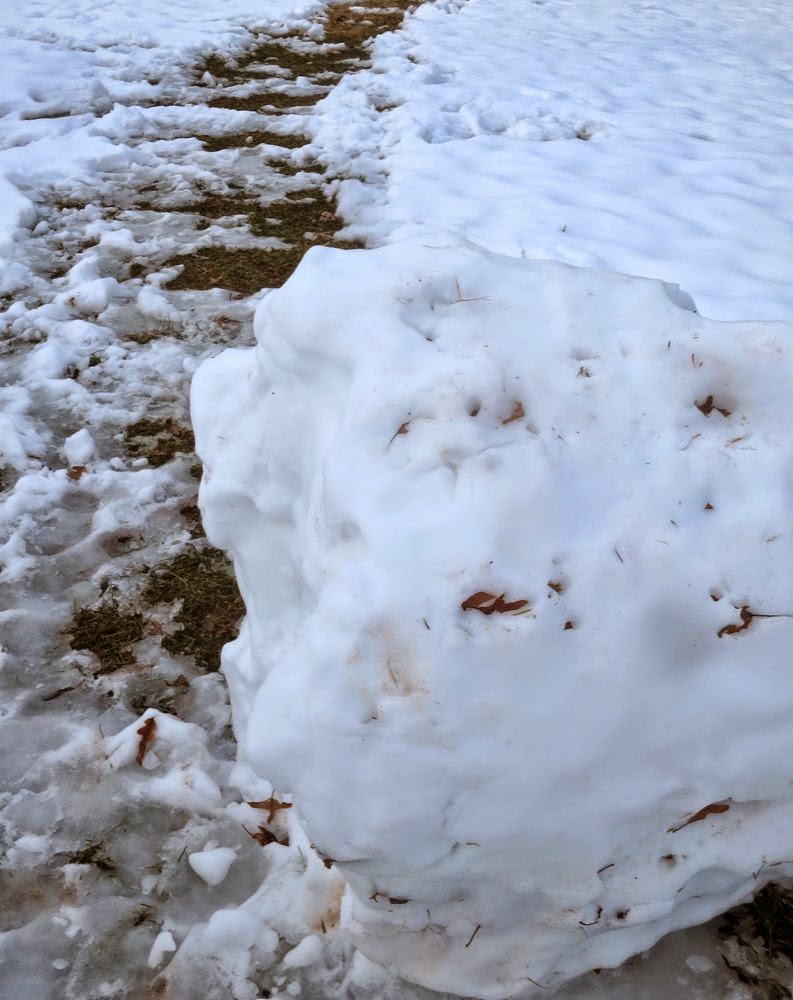 Here was the other scene during the walk around the block that brought back memories. Start with a small clump of snow, push it across the grass, gathering snow with each revolution. When the snowball was too big to budge any further, we knew where the snowman or the fort would stand. There's a metaphor in there somewhere, that we are snowballs, making tracks through time, experiences sticking to us as we go, gaining character, or at least characteristics, until we find ourselves outstanding, or at least out standing, in a field.