Champion Brearley Oak in its Glory

There's a magnificent black oak growing, growing, growing in an unlikely place along Princeton Pike. Like the Mercer Oak, Jr. just up the road at the Princeton Battlefield, this oak too is of such distinction that it has its own corral. Driving by recently, I couldn't resist pulling over into the new Bristol-Myers Squibb parking lot and walking down to take a closer look at how it's doing. This champion tree--so-called because it's by far the largest in the state--is thriving, standing like royalty, master of its domain, with full access to sunlight all around and the soil all below. 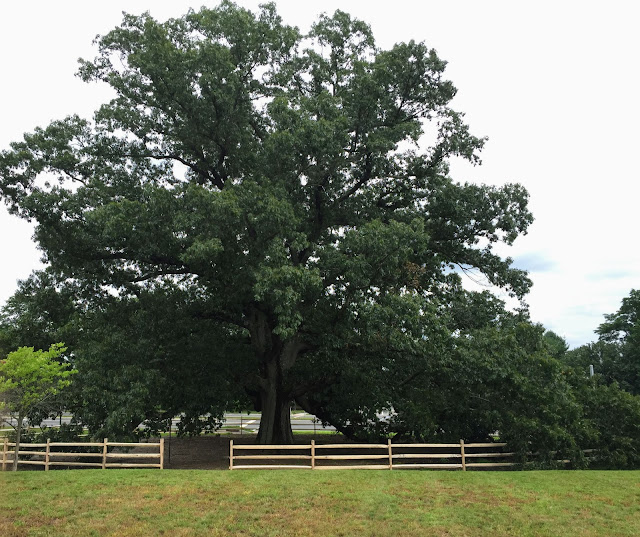 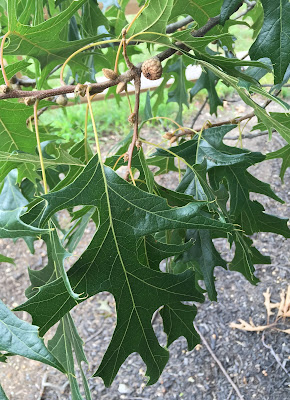 The crown overflows its 100 foot diameter corral. Each of its millions of leaves is glossy and beautifully sculpted, the acorns small, as if this giant tree were compensating for the lone osage orange tree up the way about half a mile, barely a quarter of the black oak's height but with softball-sized fruits. 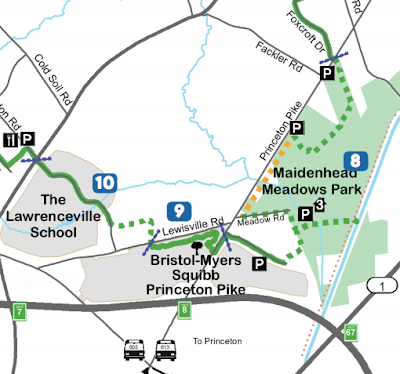 You can see the location of the Brearley Oak marked on this map, just above the hyphen in Bristol-Myers Squibb, close to Princeton Pike. The tree stands at the southernmost point in the Lawrenceville Hopewell Trail--a trail large enough to have its own nonprofit and website.

Nearby, to the east and north, is Brearley House and a park named after a great meadow from colonial and Indian times, and which the oak may have been witness to. That meadow was likely natural in part, but also managed at first by American Indians, who tended to burn the landscape, the better to attract game with the nutrient-rich growth that sprouted in the fire's aftermath. 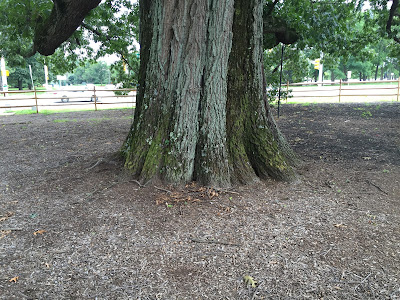 There was a time when an oak this massive, with 20+ foot circumference, and perhaps 80 feet tall, would have been the rule, not the exception, when much of America was managed by American Indians, with the help of fire. The oaks have fire resistant bark and decay-resistant leaves adapted to remain on the ground as fuel. Then, when a low, mild fire started by lightning or people comes along, the leaves carry the fire across the ground, which in turn kills the oak's thin-barked competitors but not the oak.

The red dots on the map below, from Charles Mann's 1491, indicate areas managed by American Indians with fire. There are lots of dots shown in what is now NJ. 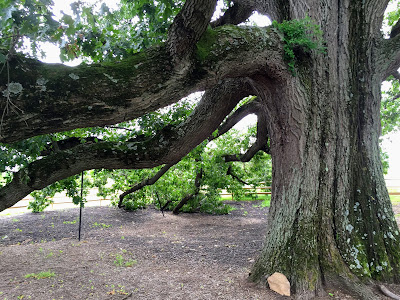 In colonial and pre-colonial times, an oak like this would have had a rich understory of wildflowers and grasses, adapted to the ever shifting patterns of sun and shade. 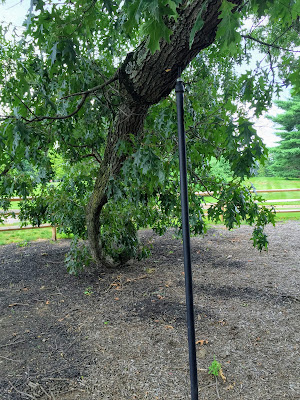 One of the limbs is so long that it's  supported by a post. 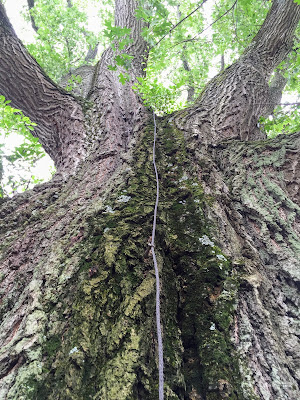 And a lightning rod is attached on either side. 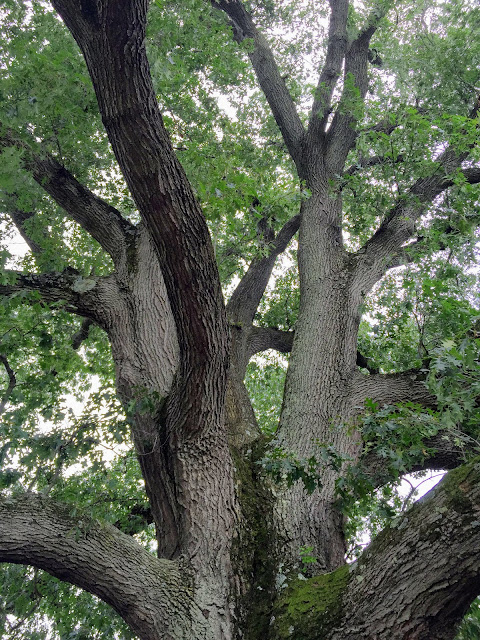 I'd love to go there sometime with a group of people. We'd recline on lawnchairs and gaze upward, tracing with our eyes the limbs' ascent towards the sky. A tree is like a city, with thoroughfares and sidestreets and cul de sacs of leaves. It is a solid built of air, some of which it breathed in before we were a nation. 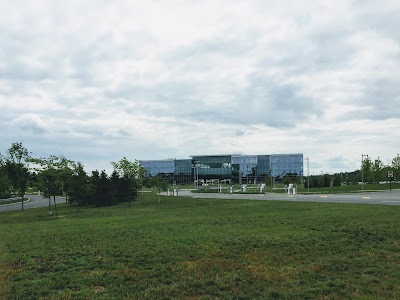 Ignoring busy Princeton Pike and the sterile corporate lawns that surround it, this black oak soaks up the sun, drinks deeply from below, dreaming green dreams of mighty landscapes past.
Posted by Steve Hiltner at Monday, August 06, 2018