Some Early Spring Flowers Along the Princeton Ridge 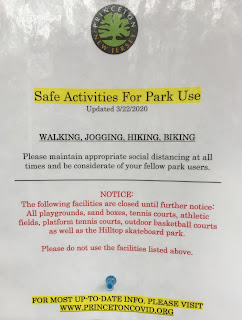 Though google was indicating that local nature preserves are closed due to the pandemic, my understanding is that only active recreation areas, e.g. playgrounds, tennis courts, etc., are closed. Hiking is still allowed. (photo of flyer should expand if you click on it)

Many people were out today enjoying the good weather and hiking in Herrontown Woods, Autumn Hill, and no doubt in other Princeton preserves well situated on the special soils of the ridge, like Witherspoon Woods, Woodfield Reservation, and higher elevations at Mountain Lakes.

Below are some photos of common flowers hikers are likely to encounter at Herrontown Woods and elsewhere. 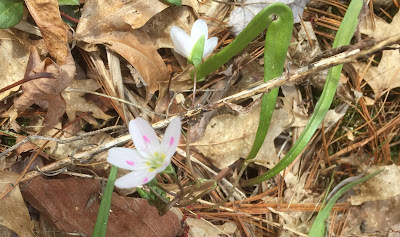 Spring beauty (Claytonia virginica) is the most common, carpeting some areas. A couple times, when I noticed these were being pollinated by a tiny bee, I crouched down to take a photo only to have the bee drop down onto a dead leaf and stay still, as if trying to hide. 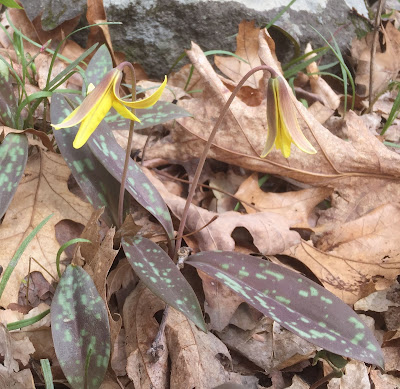 The tongue-shaped leaves of trout lily (Erythronium americanum) carpet some areas as well, and some of the leaves even produce the elegant yellow flowers. 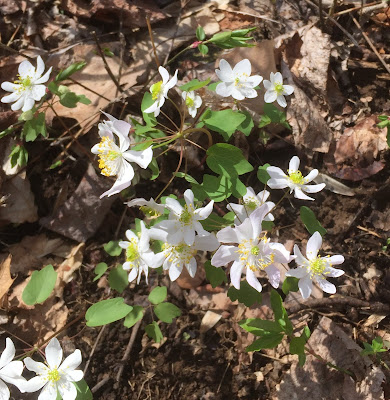 You could say "Thalictrum thalictroides," or you could say rue anemone (Roo a-NEM-un-ee). The photo is a closeup. This is a little flower. 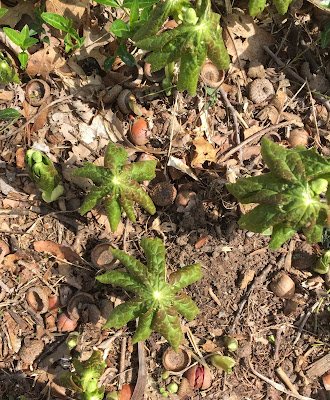 Mayapples emerge like a closed umbrella that then deploys, hiding the flower underneath the leaf. 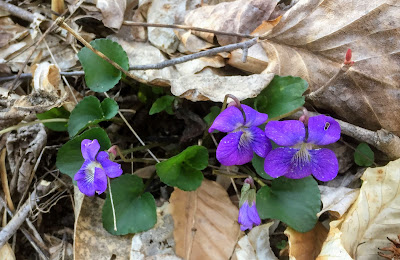 Violets are a just starting to show up. 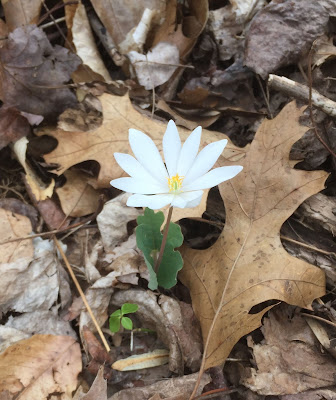 Bloodroots are less common, and have larger flowers than the others. Their latin name is Sanguinaria canadensis, in the poppy family. Their enthusiastic bloom always makes me feel sanguine when I see one. They power their flower with last year's energy. The flower is soon gone, after which the seeds mature and the leaf expands and deploys like a solar panel to collect energy for next year's bloom. 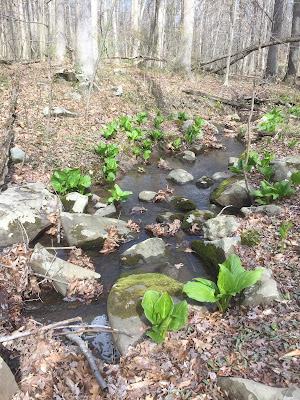 There was a shrub, painted buckeye, that lined the streams in the North Carolina piedmont and greened up early in spring. Pilots were said to be able to navigate by the ribbons of green etched in the spring landscape by the buckeyes. It's possible skunk cabbage once played a similar role. 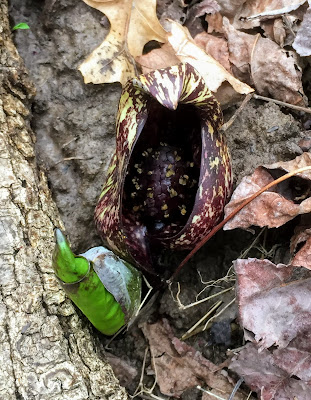 Here's the mighty roar of the skunk cabbage flower, which pops up very early in spring, before the foliage. 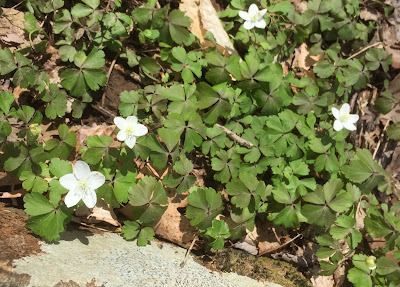 That's about it for the early flowering natives that are most likely to be encountered. Others like toothwort, hepatica, and Virginia pennywort are seldom seen. 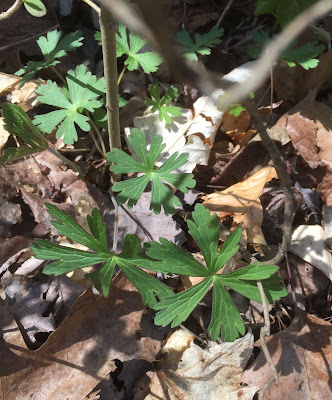 The wild geraniums have put out their leaves, but are in less of a hurry to get their flowers out there.

Jack in the Pulpit is also up, about to open up its pulpit with Jack inside. 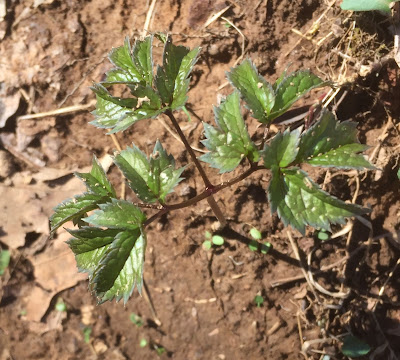 Black cohosh will bloom much later, but is sending up leaves.