Tiny ants are a reminder of the power of the minuscule to vex us big-bodied, big-brained humans. Squash one on the kitchen counter, and others quickly appear, running in helter skelter patterns. A sense of futility quickly sets in, despite our vastly superior strength. As I write this, an ant crawls along the edge of my computer screen. The same dynamic plays out in the world beyond the kitchen window, as a powerful economy is laid low by a lowly coronavirus. A previous post compared tiny ants to "dust with legs." The closer nature gets to inanimate matter--a virus can barely be considered alive--the more it taps into the undeterrable laws of physics and chemistry. As a kid, I was impressed by big things, but relentlessness increases as size decreases, the most telling example being the carbon dioxide building up in the atmosphere. Unlike our big-brained selves, CO2 doesn't sleep, or get discouraged, or conjure false realities to make itself feel better. It just does what it does, day after day. 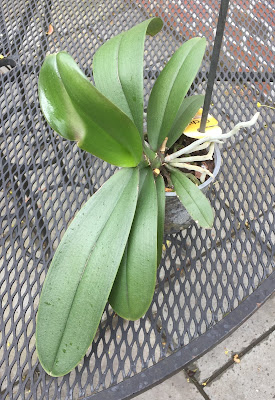 On a far less tragic scale, our latest domestic iteration of David and Goliath began, I hear, with a harmless looking orchid plant that had sat forgotten in a corner of the living room for an unknown period of time. Taken to the kitchen sink, it was watered generously and left to drain while the family went for a walk.

Upon return, the kitchen counter was coated with tiny ants, most likely the odorous house ants that would normally not show up until later in the season. 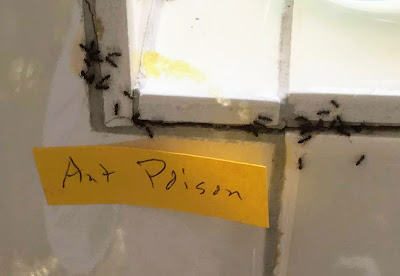 I've tried various approaches to controlling ants over the years, including meticulous cleaning and borax-based solutions. Only ant poison worked. It's called a poison, but medicines are also toxic if taken in excess. The aim, whether treating inner or outer nature, is to be minimalist and targeted.

Though the ants seemed mostly gone by the next day, someone in the house discovered ant nests in the kitchen--one in the knife holder, the other in electric kettle. 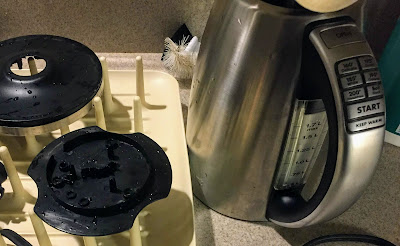 Eggs had been laid in the tiny crevices of the electric wire's insulation in the kettle's base, requiring some dismantling to thoroughly clean. 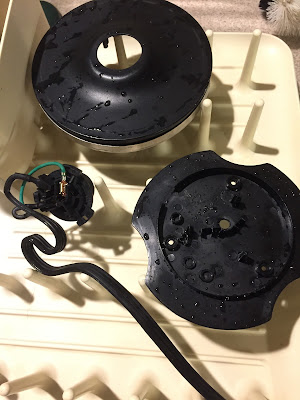 While the parts dried (no water was put on the exposed wiring), we speculated that the ants had been dormant in the orchid pot, then launched a great escape upon being inundated in the kitchen sink. A similar dynamic can prompt ants to come inside during the summer after heavy rains. It's not clear if the nests in the electric kettle and knife holder were created by escapees of the orchid pot, or if they were already there. The queens can only lay one egg a day, apparently, which suggests it would take more than a day or two to make a nest.

Previous posts on how odorous house ants can quietly create a parallel world in your house--a covert medieval-like landscape dotted with kingdoms--are below.

Ants in the Pantry, or Dust With Legs