A Rather Long Snow Storm 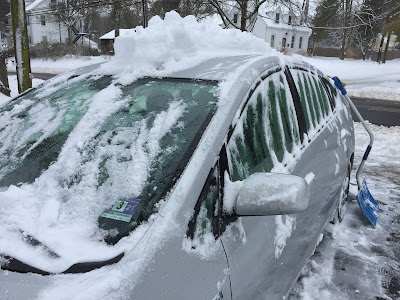 Here in Princeton, we have artisanal snow removal services, as in this thoughtfully crafted mohawk for the Prius. 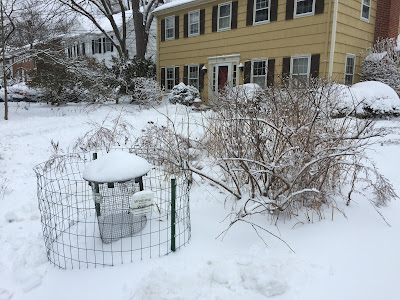 Good news about the frontyard raingarden: it works great as a snow garden as well. 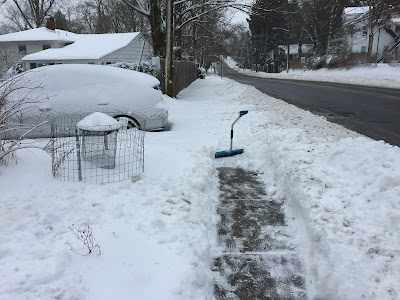 During this extended, ground-breaking, or at least ground-exposing, Snow Removal Initiative (SNI), it was important to take frequent breaks to document the innovative "shoveling" technique being used. The Royal We Committee believes this approach, if successful, could serve as a model for other homeowners to emulate. Later in the morning, we saw neighbors beginning to utilize this very method, suggesting our demonstration project could have a transformative impact on snow removal in Princeton and beyond. 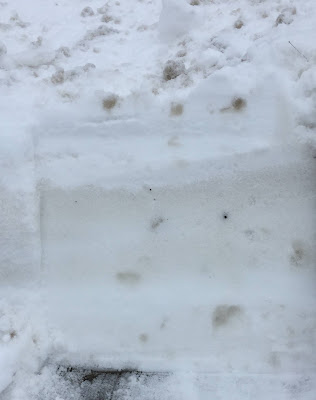 The Initiative included a research component. Careful study of this cross-section of the cliff face reveals the various strata laid down by the storm. This having been an unusually long snowstorm, it's understandable that the darker patch in the middle was at first mistakenly dated back to the early Devonian. Further analysis and some equipment tweaking showed that snow in the darker stratum likely fell during the warmer daylight hours the day before, with the lighter layers above and below having been deposited during the preceding and following nights. 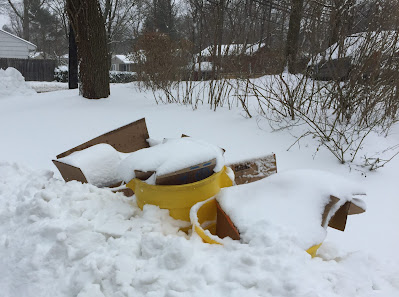 Other keen observations: some of the neighbors didn't get the memo. Recycling postponed until Saturday, or the mid-Anthropocene, depending on how long the storm lasts. 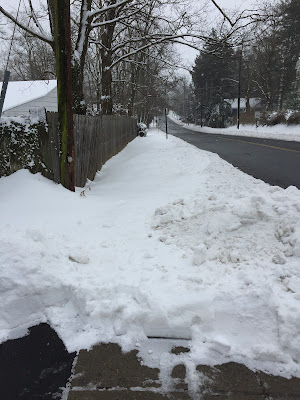 What is snow good for? Enforced social distancing, for one. Not likely to have a close encounter with the neighbor for some time to come. And the kids can sort of remember what it used to feel like to get a snow day.
Other writings on excessive snow include an oldie but goodie: Snowbound Language 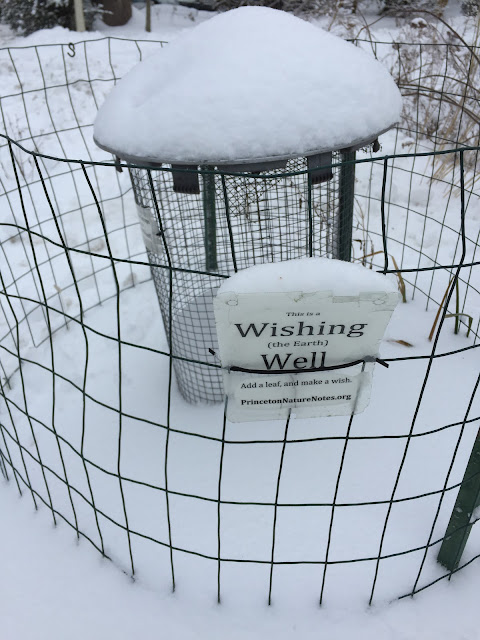 Email ThisBlogThis!Share to TwitterShare to FacebookShare to Pinterest
Labels: precipitation