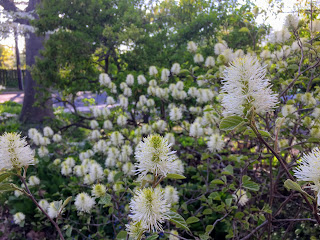 This post documents some of the many native flowers to be found in late April, from deep woods to front yards.

A medium sized shrub called Fothergilla, or witch alder, is having a good year in our front yard, though it's not found growing naturally in our local forests. 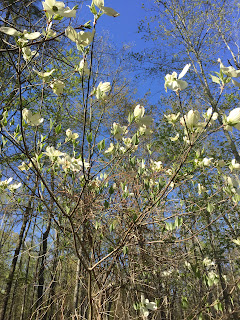 Clouds of white in the woodland understory this time of year could be flowering dogwood, 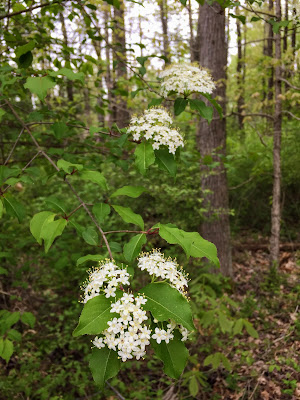 but blackhaw viburnums, central Jersey's most common native Viburnum, have also just opened up, dotting the understory with their large congregations of small pompom-like clusters of white flowers. 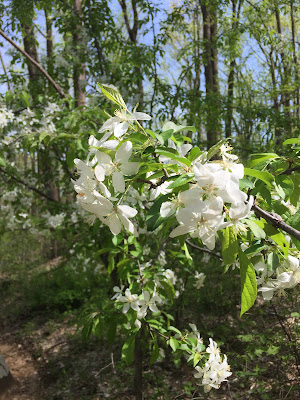 Sometimes a closer look at an assemblage of white flowers reveals a flowering crabapple tree, as in this photo. Not completely sure as yet that these flowering crabs are native. 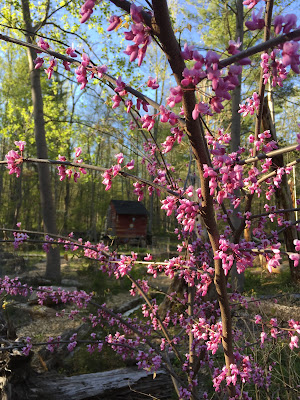 Providing some contrast with the predominating white is the redbud, here seen at the "barden" at Herrontown Woods, where a forest opening allows it enough light to thrive. 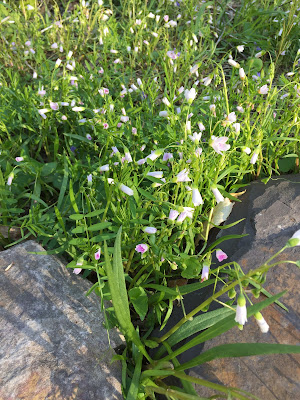 On the forest floor, the most common wildflower is spring beauty, 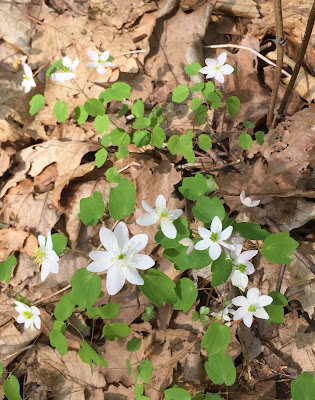 Rue anemone is an improbably delicate and fairly numerous presence along nature trails. 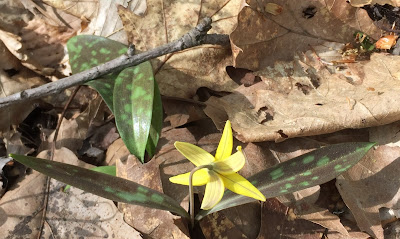 Trout lily should feel welcome to bloom more than it does, but seems content to mostly form carpets of sterile single leaves, few of which mature into the two-leaved plants that bloom. 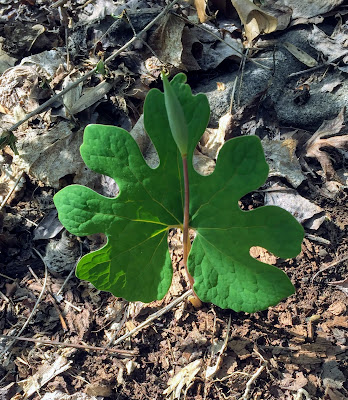 By now, the bloodroots have passed from blooming to fruiting stage. 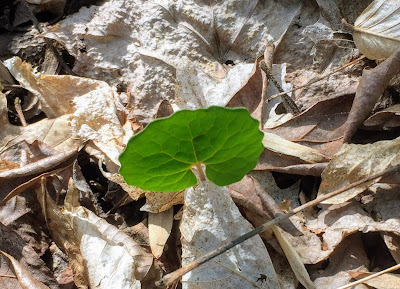 Nice to see some young bloodroots popping up through the leaf litter. 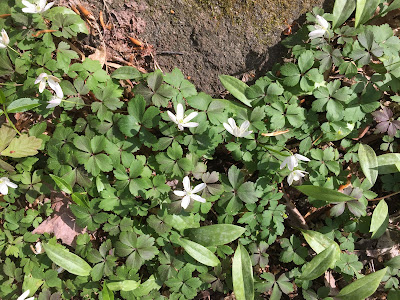 Some native spring ephemerals occur only in the less historically disturbed lands along the Princeton ridge, like Herrontown Woods. Wood anemone grows distinctive leaves with five leaflets.
Update: Sadly, some plants have been removed from this post due to reports of plant theft in Herrrontown Woods. Uncommon plants tend to be adapted to particular soils and hydrology, so are unlikely to survive transplanting. Even if it were legal, it's a bad idea. 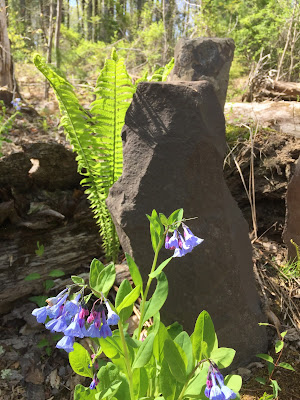 Meanwhile, in the botanical art garden (Barden) next to the parking lot in Herrontown Woods, Rachelle planted some Virginia bluebells, which are very rarely seen growing naturally. 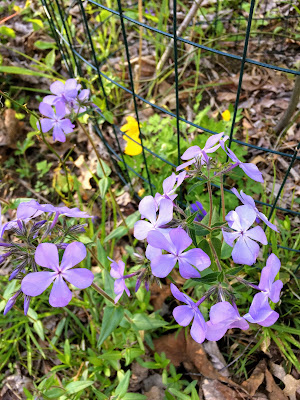 Wood phlox is another flower in this category, native but rarely seen in the wild. 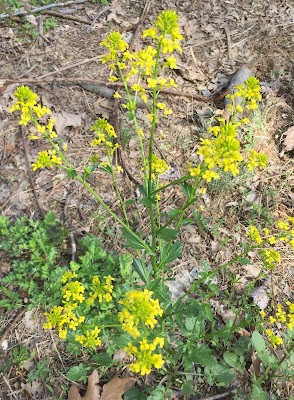 There are a couple nonnative wildflowers that are particularly noticeable blooming now in wild areas. This mustard, which I remember from travels in the english countryside, where whole fields were colored yellow by its blooms, was found growing along the gas pipeline right of way at Herrontown Woods. As plant lovers and dreamers, we sometimes envision a pipeline right of way becoming a corridor of native flowers and grasses. Reality tends to defeat this sort of dream, as the linear right of ways instead play host to the most tenacious of invasive plants--Phragmitis and mugwort. 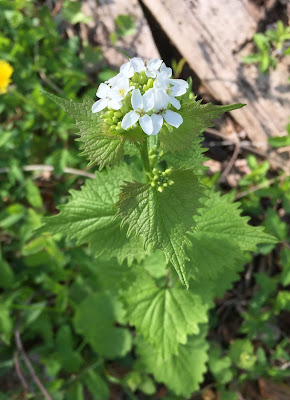 Garlic mustard, a less tenacious invasive plant but worth pulling, has tasty leaves in early spring. A biennial, it blooms the second year, becoming less tasty as it matures. In this flowering stage, I pluck the flower heads, then pull the whole plant out of the ground, roots and all, the idea being to prevent it from producing seed and thus reducing future sproutings.
Posted by Steve Hiltner at Saturday, May 01, 2021