Insects on a Spicebush 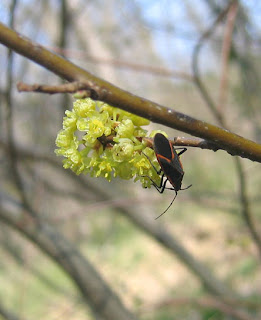 Well, I'm at it again, cataloging all the enigmatic creatures that take an interest in various kinds of plants. Today--or actually several days ago, while the spicebush at Mountain Lakes were still in bloom--we feature the creatures who hover, alight and crawl upon Lindera benzoin, the native spicebush, relative of sassafras.

Spicebush, which blooms yellow and early, was drawing more pollinator interest than the exotic forsythia in my backyard, which blooms at the same time. 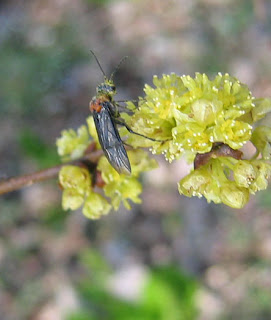 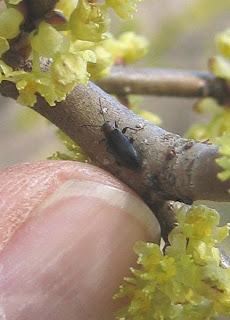 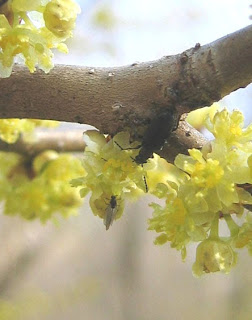 The tiny insect in this photo was very numerous, and took a very serious interest in whatever the flowers had to provide. The larger, beetle-like creature is probably the same as in the preceding photo. 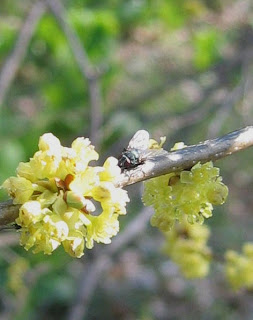 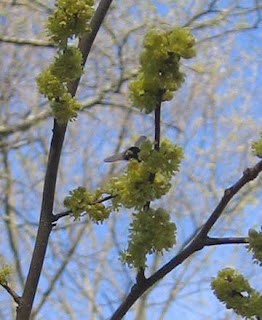 This fly was very skittish. There were quite a few of this sort zooming around the bush, occasionally alighting briefly. It was mostly a blur, but when it stayed still for a second I could see it had a distinctive light-colored spot on the abdomen.