Shad, Wood Ducks and a Reptile 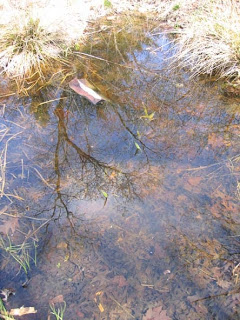 I would love to report that shad are running in my minipond, which I dug where a small tributary of Harry's Brook once flowed, before my backyard was a backyard. The brook is connected to the Millstone River, which flows into the Raritan River, which empties into the ocean just south of Staten Island. 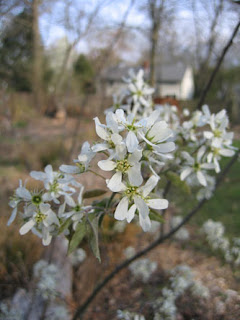 Who knows if shad ever made it up to my neighborhood, but the blooms of a solitary shadbush in the backyard tell me that somewhere the shad are running. The shrub is also called serviceberry, and will have delicious berries later in the season. 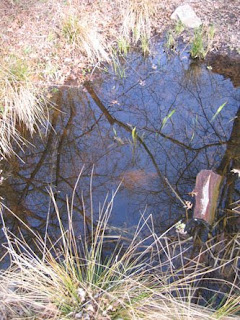 Migrating fish have lost my ecological address, but a lot of other wildlife have found it. Though the shad didn't make the walk up to my miniponds, I was surprised and flattered by a visit from a couple young wood ducks the other day. That was a first.

There was also a return visit from another wild creature who did make the walk, and whose presence doesn't so much flatter as cause the heart to flutter. Just beneath the reflection of trees on the water's surface, a reptilian presence soaked up some afternoon rays. 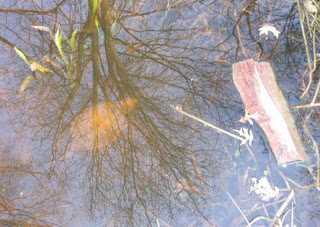 A snapping turtle, some 14 inches long, though who's going to try to measure. I thought he had left last year, but is back, bigger than before. We may take him for a short ride back down to the creek.