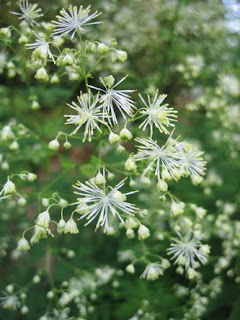 One of my favorite NJ native wildflowers is in full bloom now. Meadow Rue is a very large plant (up to ten feet) with a very small flower. To the left is a closeup, in the early stages, when only a few of the plant's thousands of flowers have opened. They are like tiny starbursts, 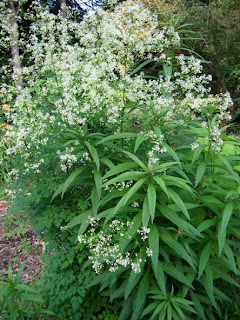 which en masse create a cloud of white in a garden that is otherwise caught in the lull between spring and summer flowerings. The photo shows a ten foot high Meadow Rue draping itself over an Ironweed (foreground), which is tall in its own right. 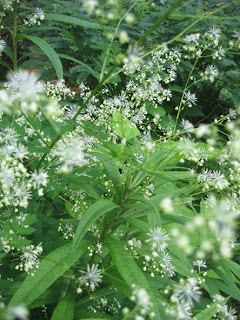 In this photo, the Meadow Rue flowers look like sparklers, or a mob of fireflies, surrounding the Ironweed. 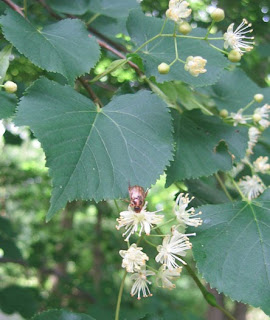 I add this photo to show the remarkable similarity between the Meadow Rue flowers and those of American Basswood (Tilia americana), which is also blooming now.