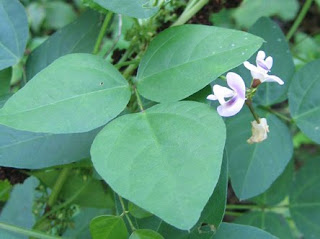 Why does that expression haunt me so? I've heard it used maybe twice in my life, in situations where "That's great!" might suffice. I resist using it, but it keeps coming to mind. It's nonsensical, but something in its sound and double exclamation fits the feeling. One entry in the Urban Dictionary, describing the phrase's origins, suggests I'm not alone in my quandary:

"The phrase then spread like a virus, infecting the vernacular of people of older and younger generations regardless of gender..." 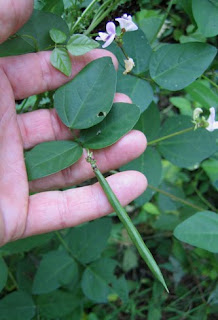 Finally, however, a situation has come along where it fits perfectly. We found these cool, wild beans along the canal during a recent nature walk. They are (affectionately?) known as hog peanuts. Scientists endearingly refer to them as Amphicarpa bracteata. Cool beans expresses it better. They are fairly common in nature preserves, but rarely do they get enough sunlight to flower and bear fruit.

There's another cool wild bean in Princeton, called ground nut, which not only produces beans but also an edible tuber. At the FOPOS mini-greenhouse, we've started growing them from seed, in an effort to make them more common in the Princeton landscape.