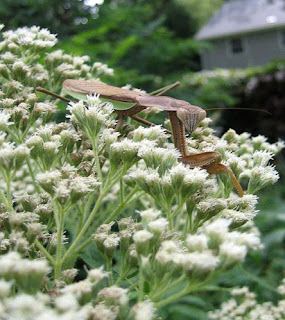 The boneset--those broad disks of white flowers held six feet aloft next to a backyard mini-pond--had for weeks been drawing a wildly diverse crowd of insects. The varied pollinators variously hovered and fed on the nectar, and I in turn hovered over them, documenting as best I could the local biodiversity with a well-aged .

The past several days, it seemed the flowers and their magic had faded. I had started to look elsewhere for action, as the air filled with the peeping of goldfinches feasting on the seeds of cutleaf coneflower.

But then what looked like a stick fallen on one of the bonesets caught my eye, and I was back in the elevated sea of white, being stared down by a giant praying mantis. It had shown up a little late for the main course, with only a few scraps of insect life still visiting now. Still, once I started looking I was able to get photos of what might prove to be a dozen more species in a collection that could reach three figures. They were, of course, keeping their distance from the praying mantis. 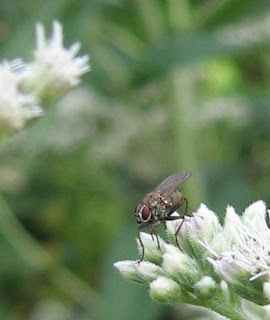 A fly with wings straight back. 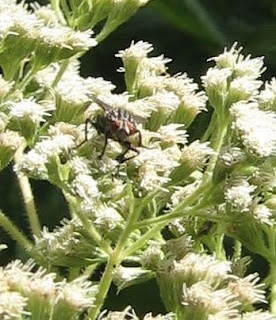 Another fly, larger, with a striped back and wings spread somewhat. 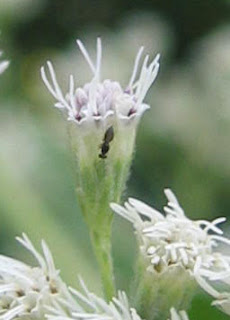 A tiny fly dwarfed by a tiny flower. 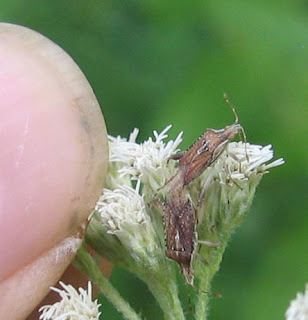 True bugs, who are remaining true to each other, at least for the moment. These creatures have been a fixture on the flowers for weeks. 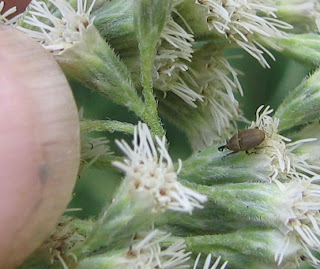 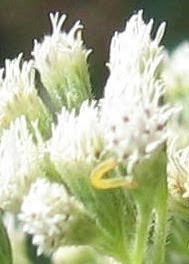 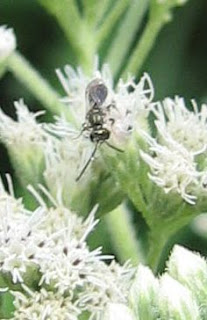 A tiny bee, which looks like all the other tiny black bees that have been the most numerous insect on the flowers over the past several weeks. 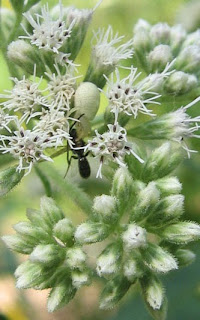 You might, like me, not at first see much more here than a lifeless tiny bee hanging just below the flowers. 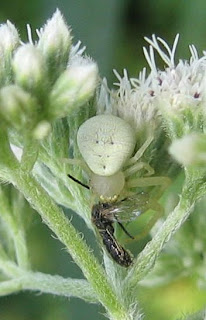 Whenever some insect isn't moving, it pays to take a closer look. More predators have been showing up lately, including this white spider with a distinctive pattern on its back. Nice camouflage. 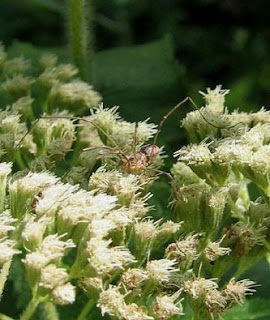 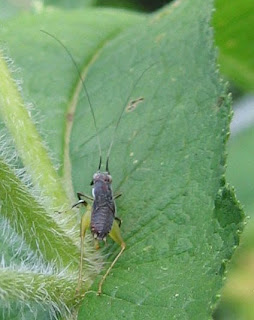 Other new insects were as often perched on the leaves as on the flowers, including this crickety looking fellow. 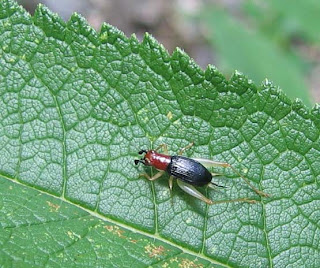 Another cricket with a different color scheme. 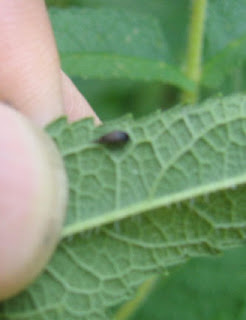 A tiny beetle-like thing with a tail. 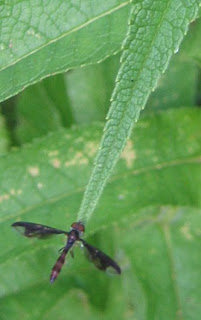