A Not So True Blue Jay 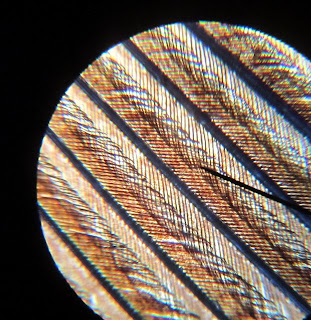 Everything I know I learned from helping my 5th grader with her science reports. She asked me what she should write about this week. I said I didn't know. A little while later she was peering through a microscope at a feather, the close inspection of which led to internet searches to find out what she was seeing. 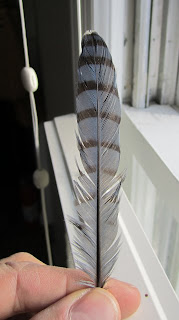 Our internetting also shed light on how blue jays shed light, which is to say very deceptively. Tricksters they are. The blue we see, in sky as well as in feather, is not the sort of blue that comes from pigment, but rather from the way light is scattered.

Lit from the front, a blue jay's feather shows blue-- 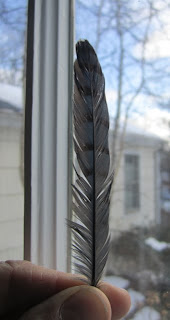 a blue that fades as the light comes mostly from the back, 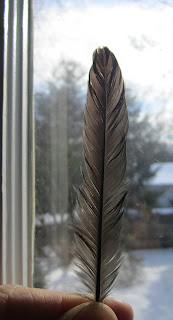 then disappears altogether when strongly backlit.

The afternoon's research ended before we could find out if the difference in color between a blue jay and the closely related crow comes not from pigment but solely from the way light bounces off their feathers.
Posted by Steve Hiltner at Wednesday, January 19, 2011