A Duck Gets a Taste of Spring 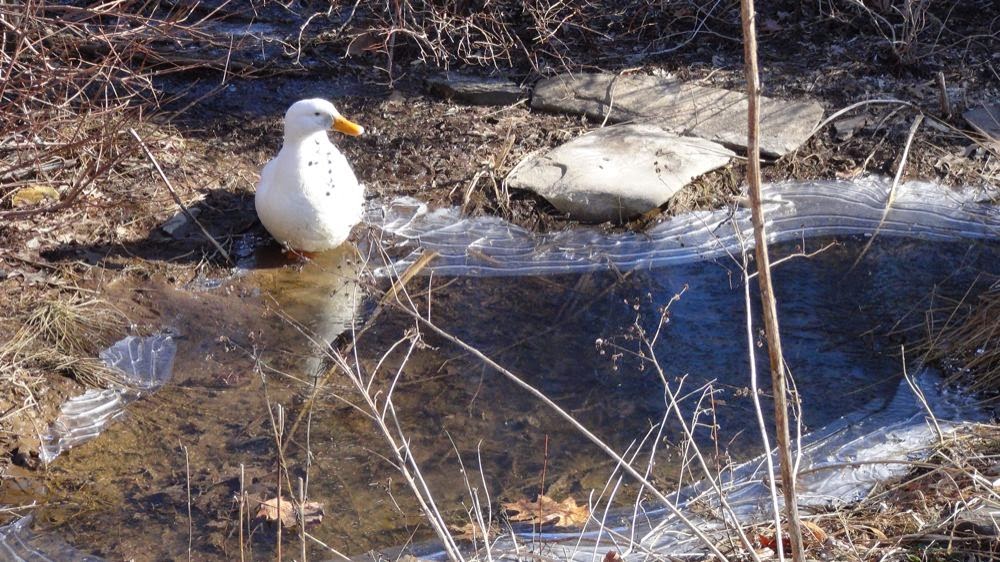 Our Pekin duck has been finding more reason to venture out of the coop this week. There's mud to probe with its beak, and the luxury of a bath in one of our backyard ponds swelled by snowmelt from neighbors' yards. She had no problem breaking through the thin layer of ice left by last night's freeze. 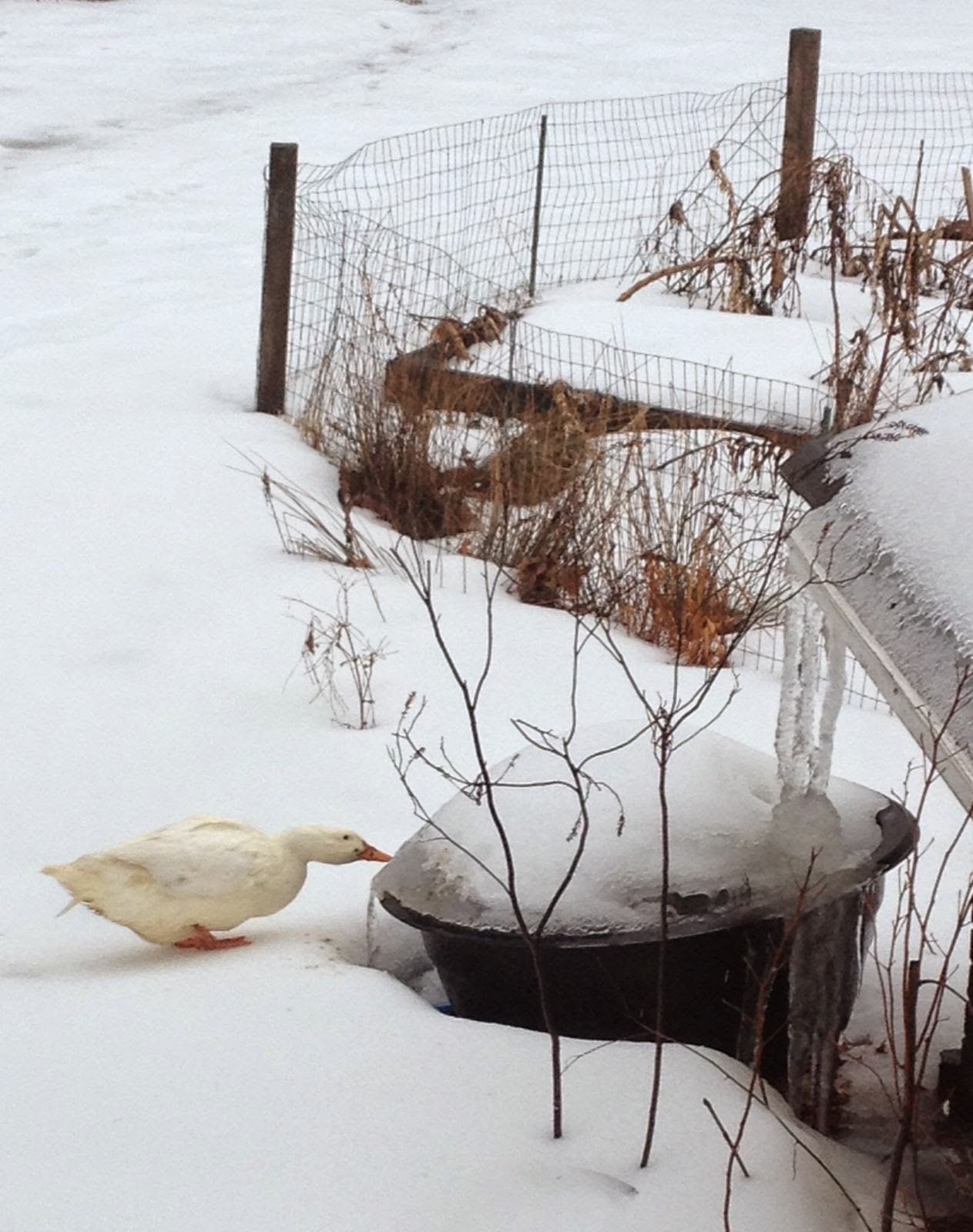 Earlier in the month, finding water in its liquid state was more of a challenge, as she took sips from the fillable-spillable minipond catching water from the roof. 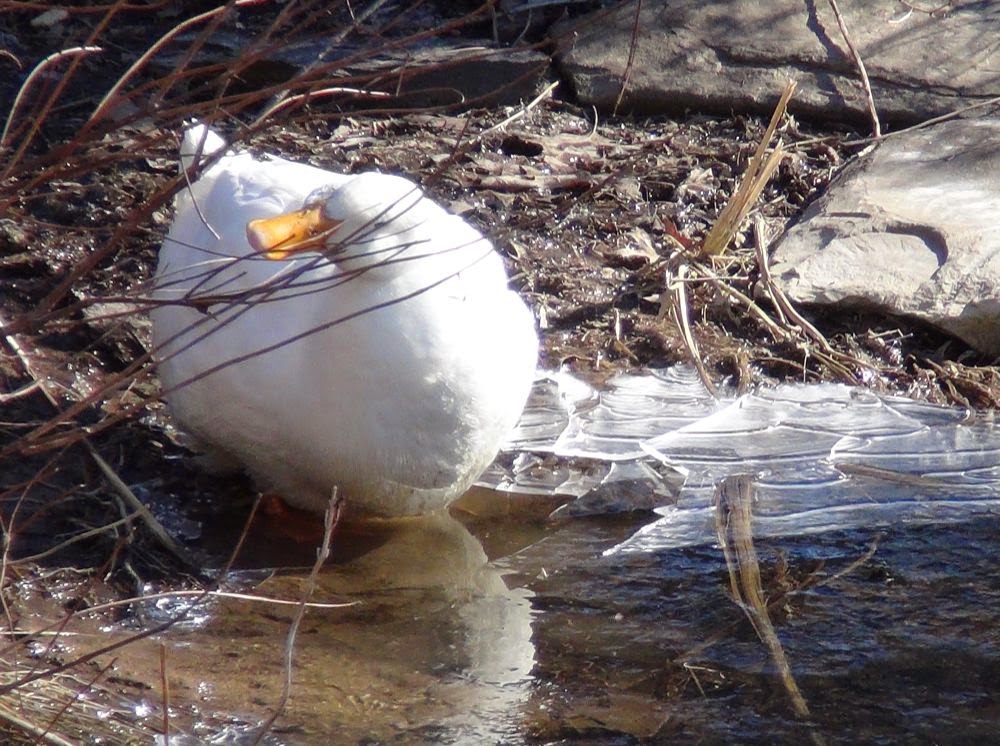 She keeps a sharp eye out for hawks, turning her head to get a better look at the sky. Usually, that turn of the head means something's flying over, be it a vulture, crow, hawk, or a jet headed into Newark Airport. 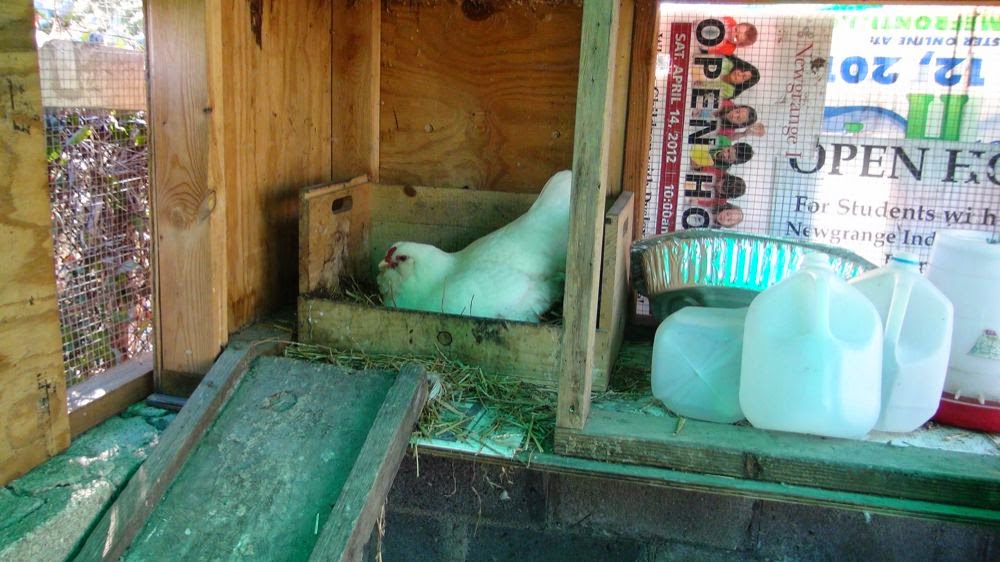 Meanwhile, the duck's companion, a chicken of similar feather, was laying another robin's-egg-blue egg. We often get two a day now, as warmer temperatures and longer days have broken the winter drought.

Ducks and chickens made multiple appearances in movies this weekend at the Princeton Environmental Film Festival, particularly in the excellent documentary on permaculture, "Inhabit". The ducks were said to be excellent at keeping the slug population down on an outdoor shitake mushroom farm, and the chickens happily batted cleanup in one of the crop rotations, eating any seeds that eluded harvest.