Friday the 13th was one wild and crazy night at the Princeton Public Library as the Climate Change Cabaret launched, if not into space, at least into the space better known as the Community Room.
Seven actors, a Princeton High School acappella group, a jazz pianist, and three singers bearing an uncanny resemblance to Doris Day filled the full house with wonder, joy and laughter--perhaps not the sort of response you'd expect from material dealing with climate change, but there it was. 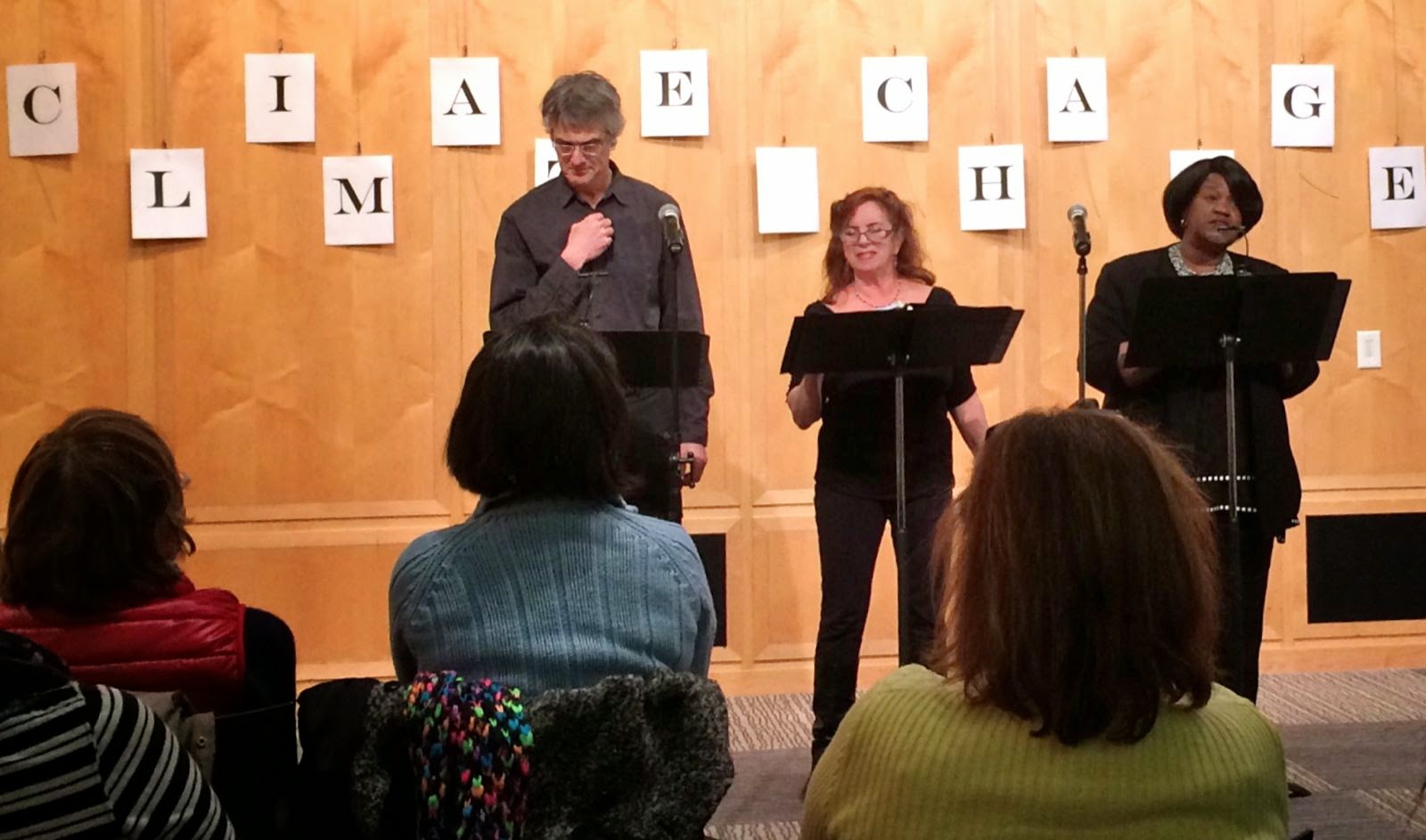 The evening began with a piece called Complaint Training, in which The Three Grouseketeers offered to provide instruction in how to rant higher, rant lower, rant longerrrrrr. Carbon made an appearance as a seductive renaissance atom with a dark side. A guy struggled to extract himself from his relationship with a car with an addiction. Mr. Sustainable found a joyous and gallant way to make peace both with his spouse and future generations, after a long-running thermostat war. 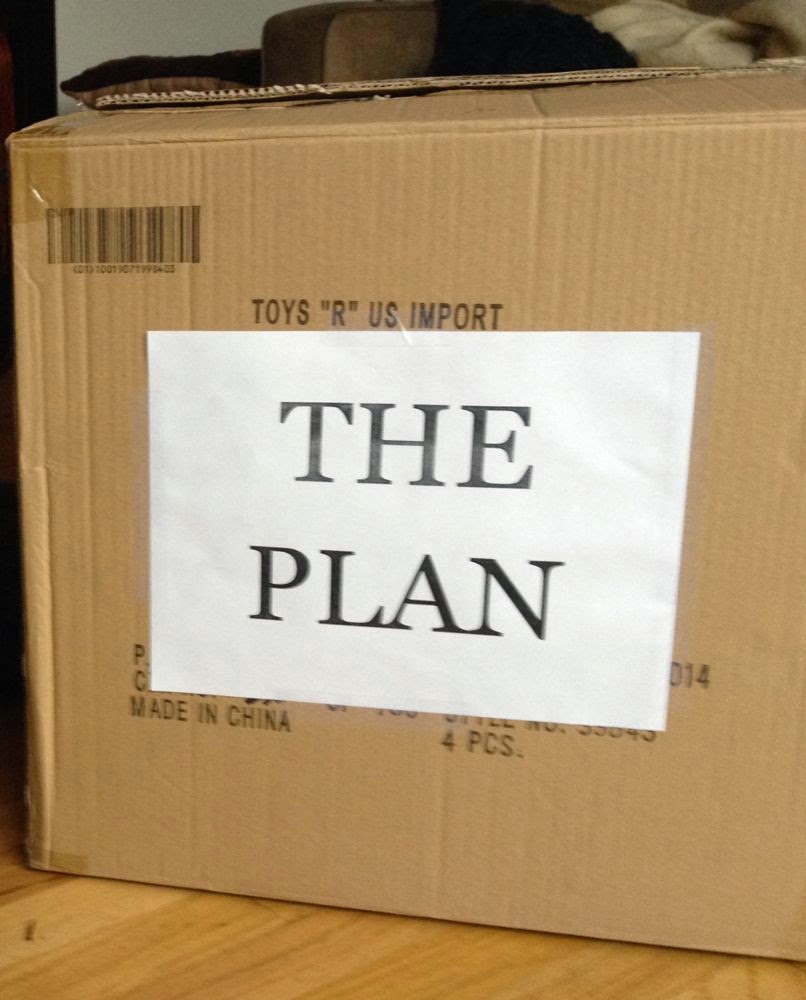 A Plan to solve our earthly problems arrived just when all seemed lost, sustainably wrapped in a cardboard box. 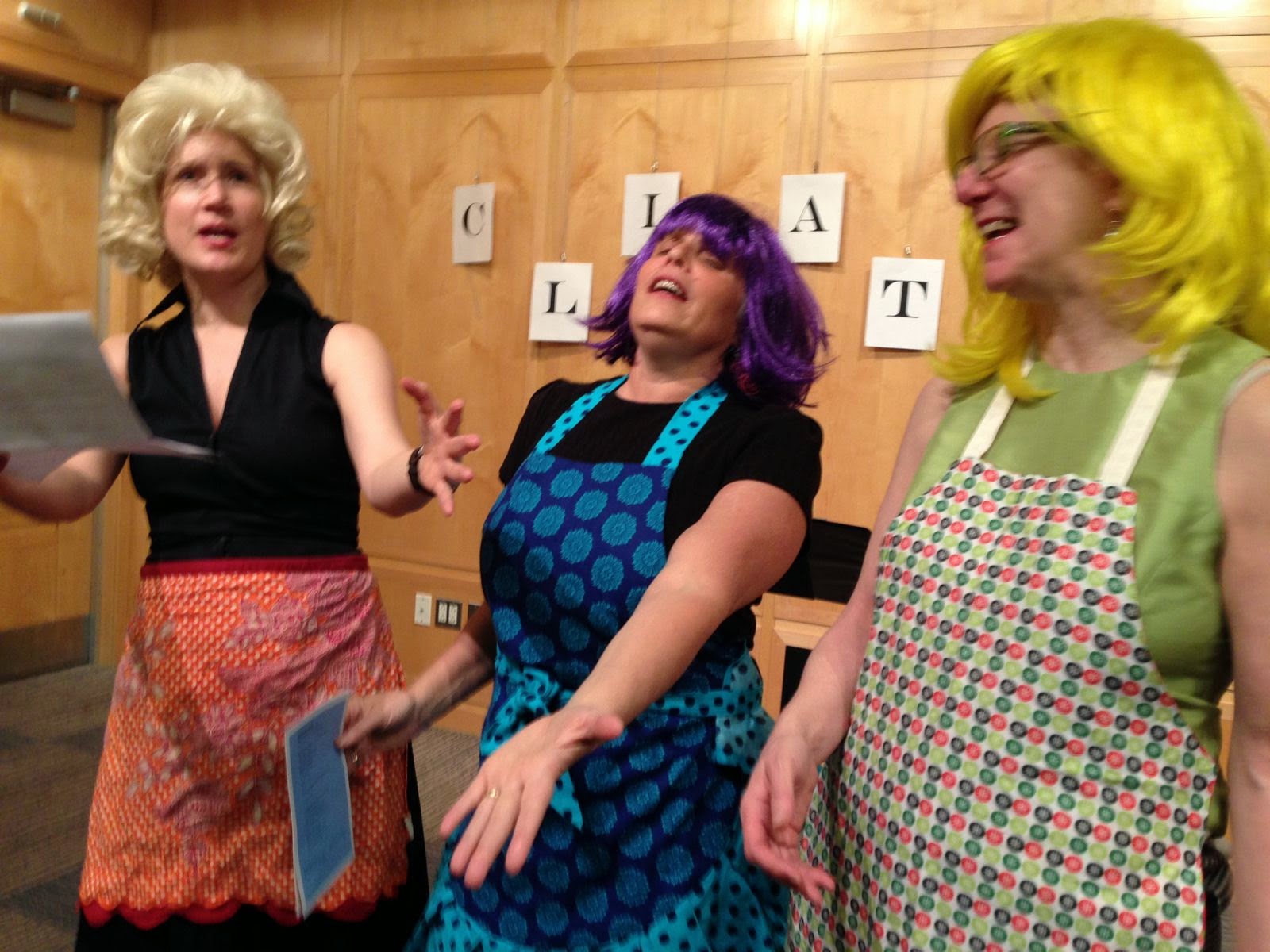 And for the singalong, Doris Day appeared in triplicate to lead a stirring rendition of "Que SoLAR, SoLAR, the future is ours you see, if only we're carbon free."

The actors who breathed life into the scripts, in alphabetical order, were John Abrams, James Degnen, Kim Dorman, myself, Cheryl Jones, Basha Parmet, and Eric Schroeder.

Landis Hackett led Princeton High School's Around Eight acappella group in sustainable versions of Turn (Out) the Lights and Thrift Shop, along with something I wrote called 99 Too Many Cars On the Road. Sustainable Princeton provided two of the three Doris Daze (my plural of Day, though I hear they're going to call themselves the SoLAR Sisters)--Christine Symington, Diane Landis, and Jeanne Devoe.

The sponsor of the event, the upcoming Princeton Environmental Film Festival 2015, known to many of us as PEFF, debuted its film festival trailer. And the Princeton Environmental Institute came through with a handy poster showing the stabilization wedges that might steer us away from a very risky course. I'd also like to thank Steve Gaissert and the actors he was able to summon for a first reading of the material this past January. Their encouragement and comments provided much needed momentum.

Thanks to all, and to PEFF's Susan Conlon and Kim Dorman, for their assistance and faith in this project.