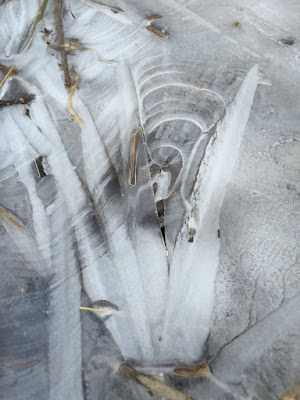 This being an election year, I'm going to resurrect the "I Like Ike" campaign slogan from the Dwight Eisenhower 50's, with a slight twist to make it relevant to climate change.

One of the most expressive features of our backyard, in addition to the duck, the four chickens, and all the native wildflowers, is the collection of miniponds that capture runoff coming in from the neighbors up the hill. One pond in particular, eight feet wide, a foot deep, changes almost daily as temperatures range above and below freezing. Thaw serves as the eraser, and each freeze brings a new creation.

On Feb. 18th and 19th, the pond became a canvas for some particularly unusual patterns. Because the pond is unlined, water can slowly seep down through the semi-permeable clay underneath, creating stresses in the ice as it loses the support of the water beneath it. In one of these photos, one can see how on these particular days the ice actually had two layers, one a couple inches below the other, with ribs creating chambers between them.

The photos should expand for a better view if you click on them. 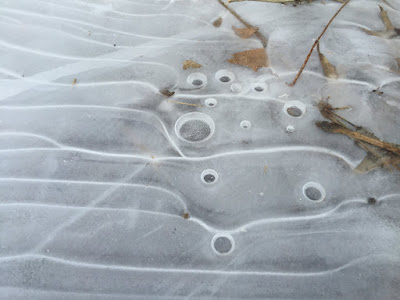 There were swirls and dots, 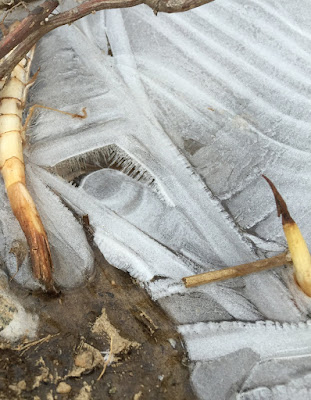 feathered edges and interactions between plants and ice, 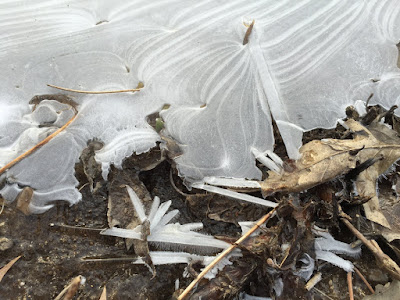 bearded stars, and lines radiating out from a central point. 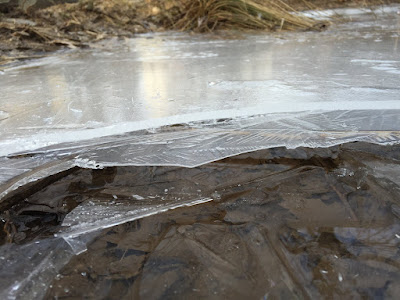 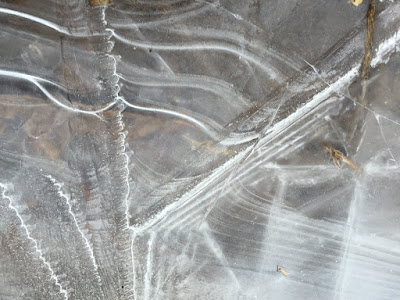 Some patterns were like suture lines in a stitched wound, 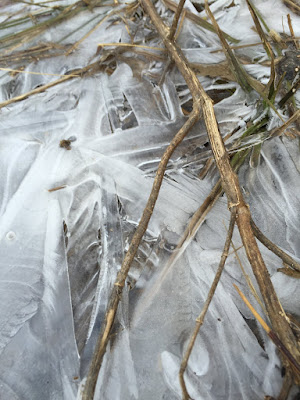 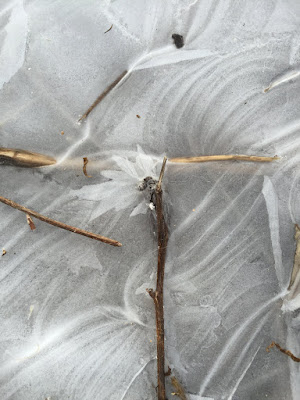 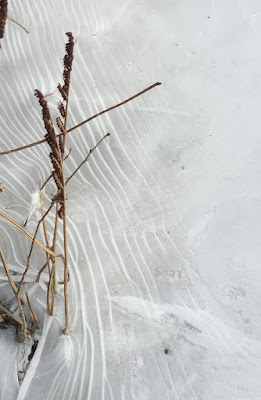 and a bending 'round the remains of sensitive fern. 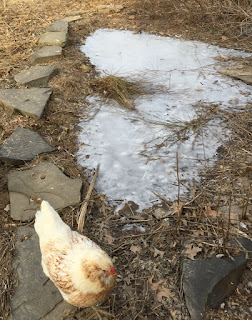 From a distance, it looks far less impressive, and would have been missed altogether if I hadn't needed to make the daily morning jaunt to the coop to let the birds out.
Posted by Stephen Hiltner at Thursday, March 03, 2016