Saving legacies is what Princeton Battlefield is all about, and one legacy we sought to save during a big workday organized by Kip Cherry were flowering dogwoods planted for the nation's bicentennial in 1976. I do most of my habitat restoration work at Herrontown Woods in eastern Princeton, but have been visiting Princeton Battlefield periodically to help tame bamboo monsters, care for native chestnuts and prevent vines from completely smothering the dogwoods. Having ten able and spirited volunteers at this year's Battlefield Society's Clean-up Day made real progress possible.

Kip Cherry (front left) began the afternoon with a moving description of the great battle that took place there in 1777. 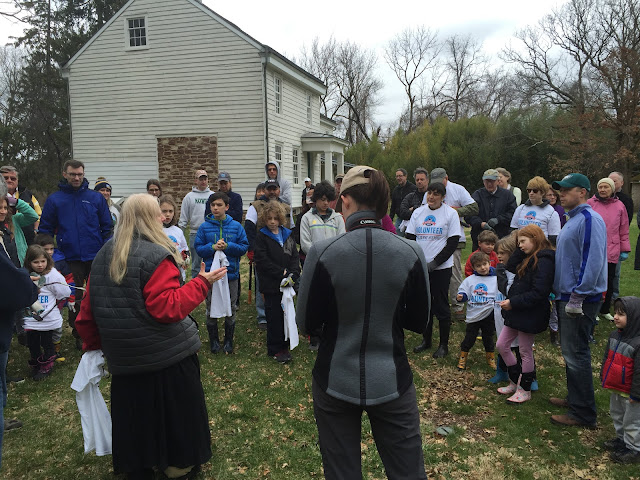 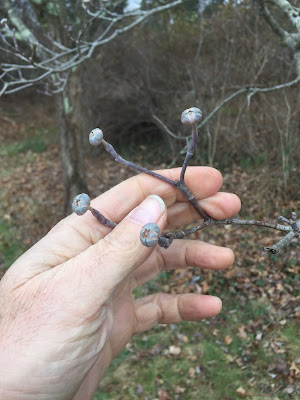 Ten of us then headed across Mercer Street to liberate the flowering dogwood trees lining the edge of the field. The dogwood flower buds, poking through the drapery of vine growth, provided inspiration, with their promise of beauty in the spring, and nutritious berries for the birds in fall. 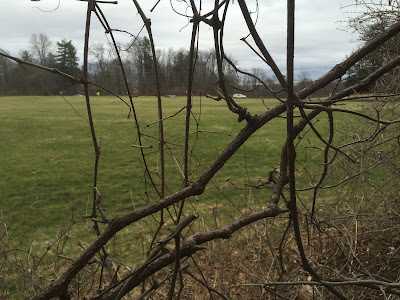 This was the curtain of vines we cleared away with loppers and pruning shears, while dodging poison ivy and the thorns of multiflora rose. 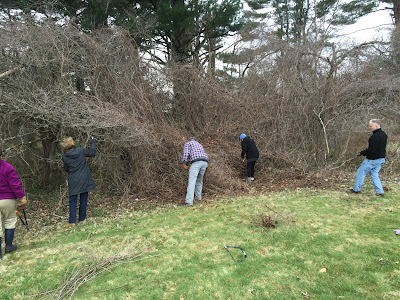 Here's a "before" shot, showing porcelainberry draped over three dogwood trees. (photo from last fall in a previous post) 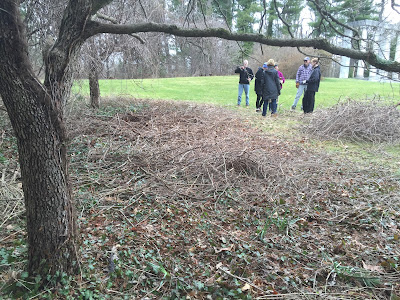 And here's the "after" shot, taken from underneath the rescued dogwoods. We worked to create an open space between ground and lower limbs so the vines cannot easily climb back up. 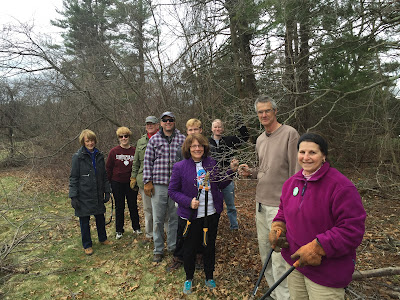 Thanks to our brave and skillful crew, who came from near and far to liberate fifteen dogwoods over the course of three hours. 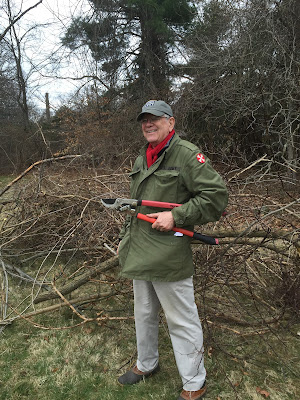 I liked this pose when the work was done. As always happens on workdays, there were good conversations to go along with the physical work. I gained some Veblen House-relevant information about Long Island and Connecticut, and heard some positive testimonials about electric cars like the Chevy Volt, which combines 60 mile battery range with a backup gas engine. One owner said she'd spent only $9 on gas since last summer, and hadn't noticed any rise in her electricity bill from charging up the car at home. While restoring some history, it was good to hear the future in the form of electric cars might be at hand as well. The same thinking goes into saving legacies, whether they be dogwood trees or the world's climate. 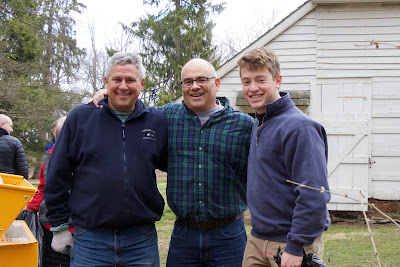 Senator Kip Bateman and Assemblyman Reed Gusciora dropped by to help out.

Here is Kip Cherry's summary of the day:


"Our Clean-up Day was a big success! The sun peaked out, and from all reports everyone had a great time, the Park looked a lot nicer when we were done, the CWT t-shirts were well received, and the Sierra Club came through. Senator Bateman and Assemblyman Gusciora both arrived and put their shoulders to the wheel. A large group of kindergartners picked up fallen sticks, while others removed invasive porcelainberry vines from dogwoods, cut down bamboo, and cleared encroachment along the pathway to the Quaker Meeting House. Special thanks to Kim Gallagher and Steve Hiltner for leading teams, and to Gary Nelson and Randy Riccardo for their hard work!" 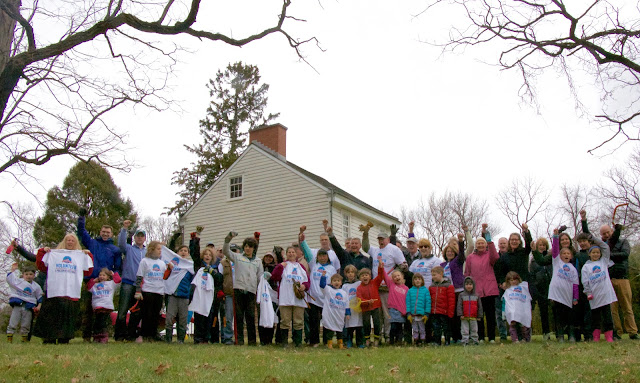