You can spot it a mile away. Early summer, and already this annual, thorn-covered vine called Mile-a-Minute is rising like a wave along fencelines in New Jersey's countryside. Thus far, in my ramblings around Princeton, I have found only two tiny patches--at the Battlefield and along the driveway into Rogers Refuge--both of which have been knocked out the past two years. Is this sort of early intervention and annual followup worth it? The answer becomes abundantly clear just outside of town, halfway to Hopewell, where Mile-a-Minute vine is demonstrating just how much of a prickly menace it can be if not caught early. 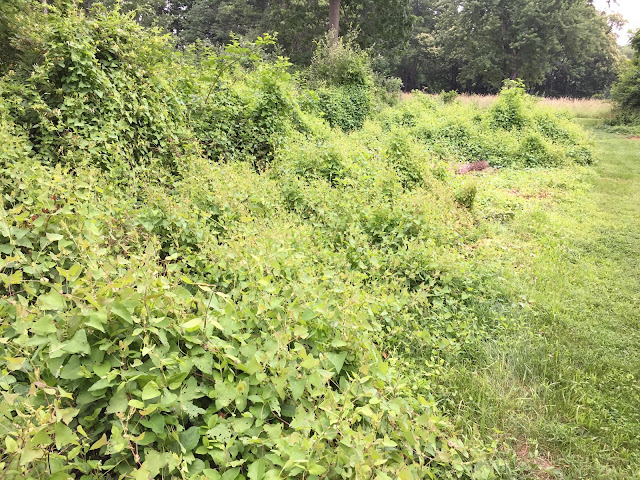 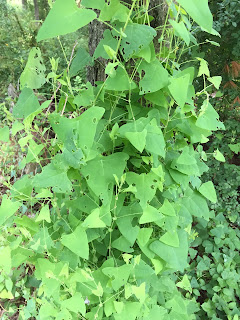 It's a plant that seeks to be seen everywhere, and with all the other players on the plant scene. Here it is growing up a tree, 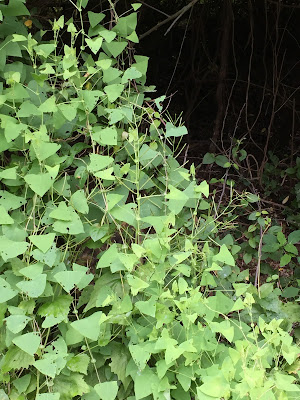 and sprawling over another invasive, garlic mustard. 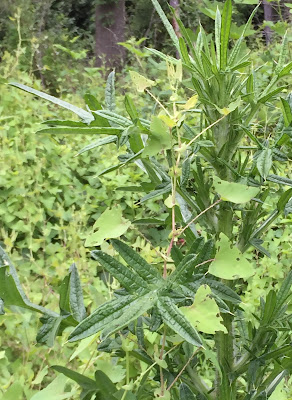 Even those thistles with their prickly personalities aren't off-putting for a Mile-a-Minute vine.

It's said to have been an accidental introduction from eastern Asia via the nursery trade, originally gaining a foothold in York County, PA, in the 1930s and spreading from there. 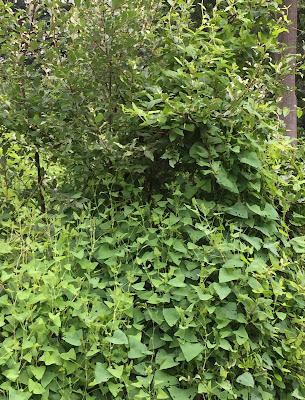 Rampancy rules in this photo, as mile-a-minute swarms an autumn olive--a highly invasive shrub. When mile-a-minute's around, the curtain doesn't fall on other plants, but rises, in a wave of triangular leaves. 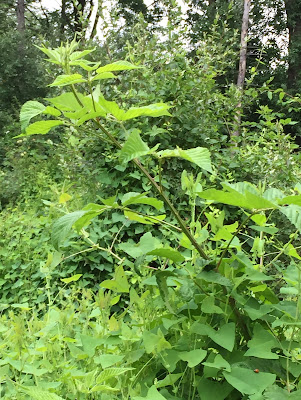 Here's Mile-a-Minute chasing the growth tip of a blackberry. Check back in a month to see who won the race. 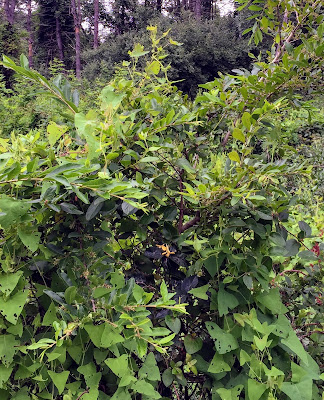 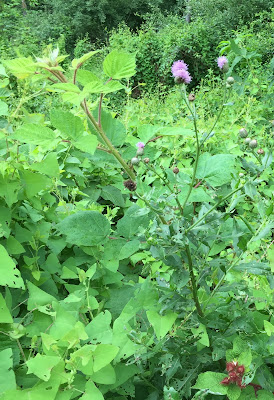 Those pink flowers are Canada thistle, invader of many a garden bed, which is about to meet its match. 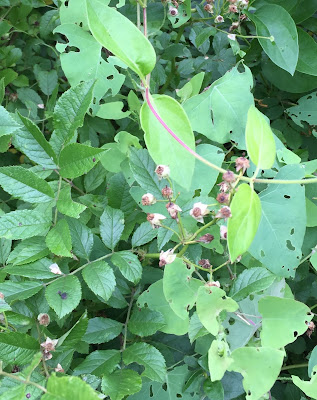 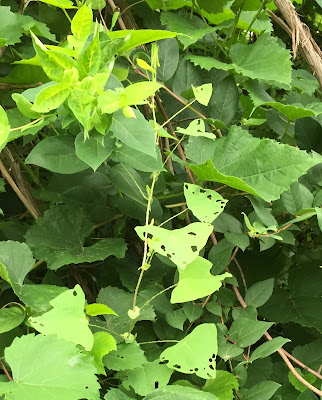 You'd think perennial vines like wild grape would have a big advantage over an annual vine that has to spring anew from the soil every year, but Mile-a-Minute is looking up to the challenge.

Note the holes in the Mile-a-Minute leaves. Those are most likely from a weevil that was introduced as a biological control. The hope is that the weevil will become numerous enough, and consume enough triangular leaves to slow the wave of Mile-a-Minute engulfing the countryside. 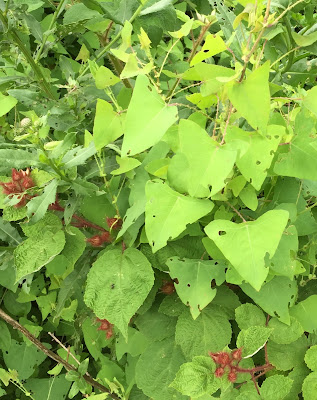 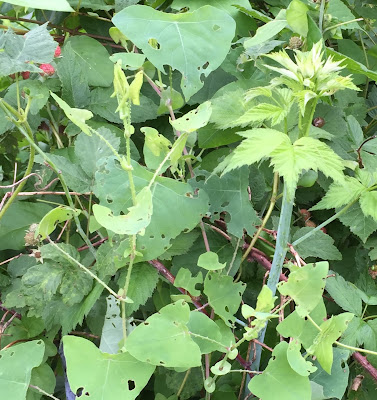 and the pale stems of native black raspberry. 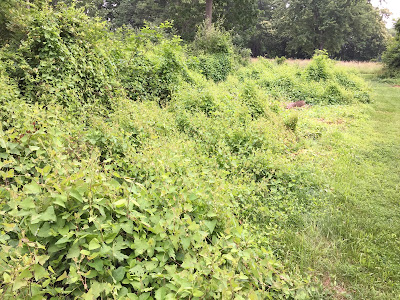 Beyond any ecological impact of such rampancy, it's interesting to reflect on the aesthetic and emotional impact of seeing a landscape being overrun by Mile-a-Minute. A healthy native prairie, for example, teaming with many species of grasses and wildflowers, all reaching for the sun with no inclination to crawl over one another, gives a feeling of striving, freedom, diversity, peaceful cohabitation, tolerance of one species for another. In contrast, a vine like Mile-a-Minute creates a smothering effect, a sense of clutter and thorny entanglement, a suppression of difference, an oppressive dependency that plays out as a punishment for any plant that dare reach a sturdy stem for the sky.
Posted by Steve Hiltner at Wednesday, July 05, 2017