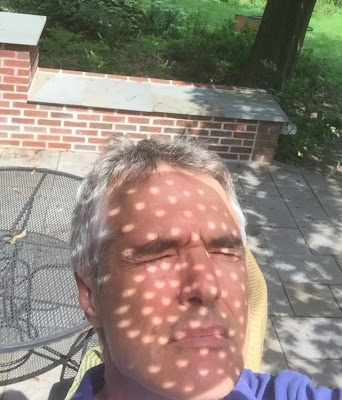 I got an unusual suntan today. It will all probably wear off in a week or two, but I have to say, the eclipse was transformative, even without making the trip to see totality. 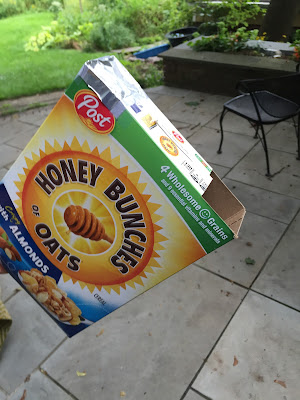 It was a day when some of the world's greatest telescopes were trained on the sun. Okay, maybe this cereal box wasn't one of them. 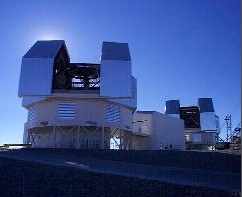 My dad designed great telescopes (Twins! What a surprise!) on Las Campanas in Chile, so that kind of took the pressure off for his offspring. 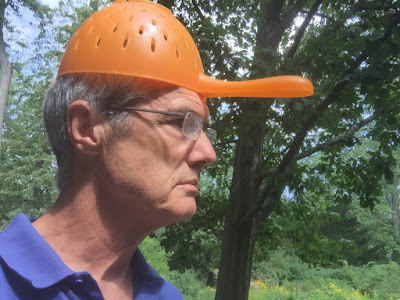 Still, the performance of the cereal box with a pinhole was, in my view, subpar. It was time to put on a thinking cap. Fortunately, I'd read an email from the Princeton Public Library, earlier in the day, with a link to Neil Degrasse Tyson's alternative approach. Use a colander, he said. 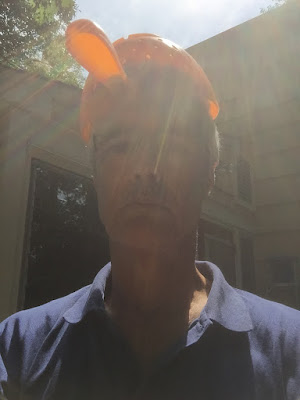 At first, it didn't seem to be working. I wasn't seeing anything special, though I began feeling an inexplicable craving for those pecan crescents my mom used to make at Christmas time. 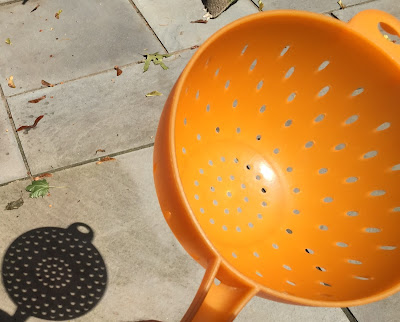 Then came the eureka moment. Let the colander cast a shadow on the patio stones. 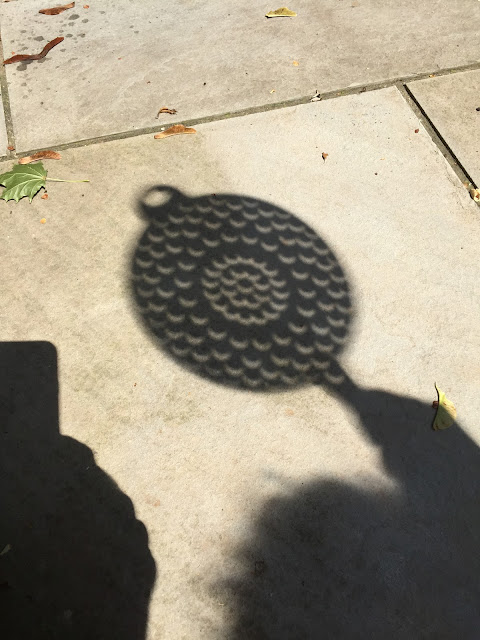 How cool is that? A whole bunch of crescent pastas bloomed on the ground. Yum! 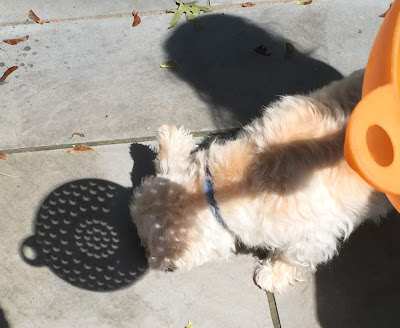 Leo was suspicious, and gave it a sniff. 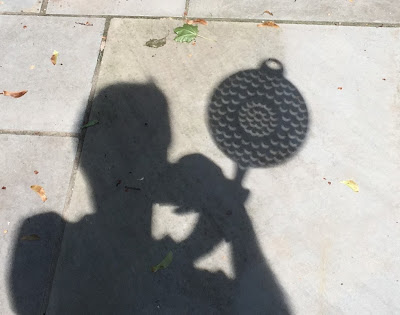 But I wasted no time, doing what any normal person would do in the presence of a rare celestial event: shoot a selfie. That's me trying to compete with the eclipse's many-smiled head while on our summer vacation in the backyard. You won't believe the deal we got on a hotel room. 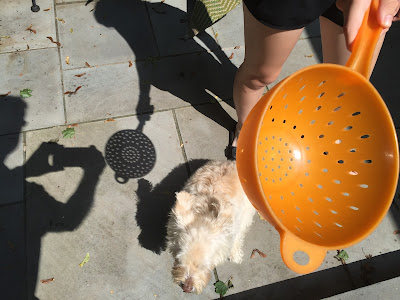 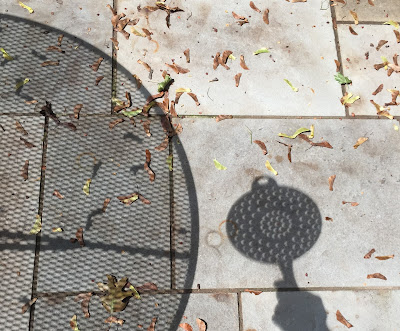 Here's the eclipse posing with its grandfather, 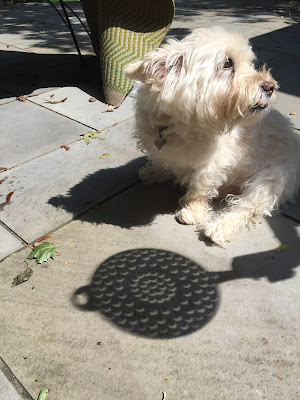 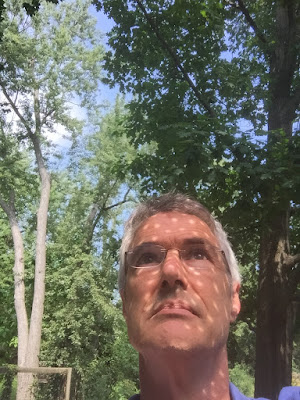 An obit of my dad says that in 1945 he traveled to Canada with theoretical astrophysicist and future Nobel Prize winner Chandresekhar, to photograph a total eclipse of the sun. They published the photos they took there in a scientific paper.

Sometimes I look up towards the sky and wonder what he'd think of his son's life orbit. He pointed his cameras skyward, but the images had gravitas. I'm more apt to point a camera at the earth, even when the subject is an eclipse, finding levity on the ground rather than gravitas in the heavens.

It all works out, I guess, especially after this weird tan wears off.