Guanacos in the Patagonian Desert 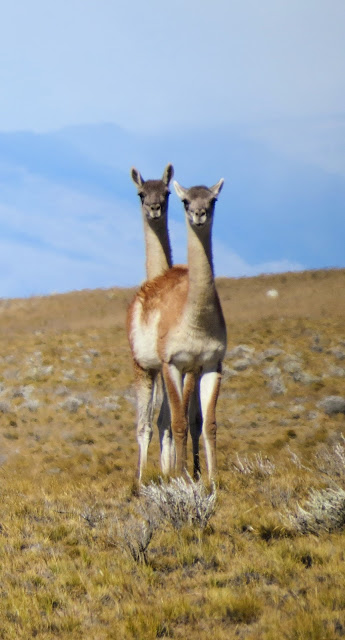 It looks like a 2-headed mythical beast in this photo, but these are guanacos ("hwan-AH-ko") that roam the desert plains of Patagonia.

Camels evolved in what is now North America, then radiated out into other parts of the world. The original camels in North America went extinct some 10,000 years ago, perhaps suffering the double whammy of an ice age's constrictions and the arrival of Homo sapiens on the continent, but camels elsewhere in the world survived. In South America, they evolved into guanacos and vicugnas. These in turn were domesticated, becoming llamas and alpacas, respectively.

We chanced to see the guanacos while driving north from the glaciers of Calafate up to the hiking trails of El Chalten, on the Argentine side of Patagonia.

Given the large size of the group in the photo below, 20-30, these would be the young males who lack a harem of females. A smaller group would likely consist of an older, "alpha" male guarding a territory with his harem of several females and young. Gestation takes nearly a year, and then the young, called chulengos, remain with the family group for a year before being kicked out by the alpha male. At that point, the young females tend to join another harem, while the young males gather in these large groups, apparently roaming freely without any territory. 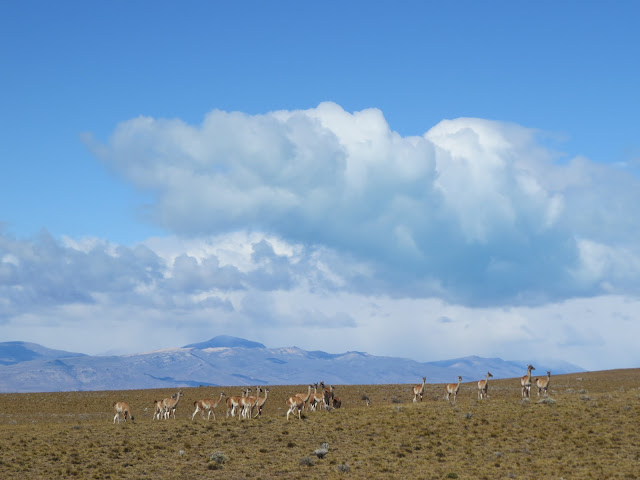 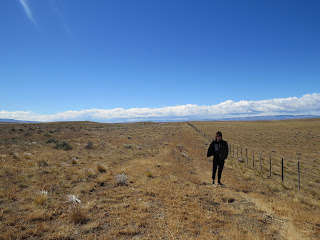 We took photos from the seemingly endless fenceline that runs parallel to the road. 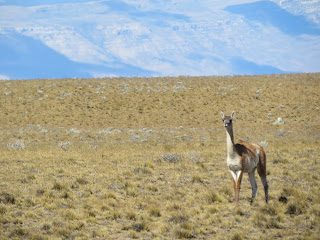 Here are some closeups taken by my daughter, Sofia. In the background are the foothills of the Andes. 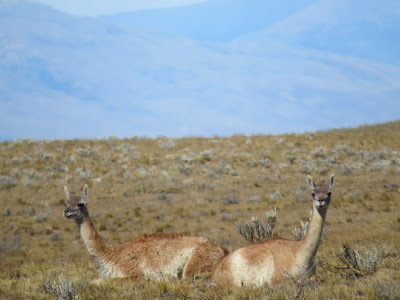 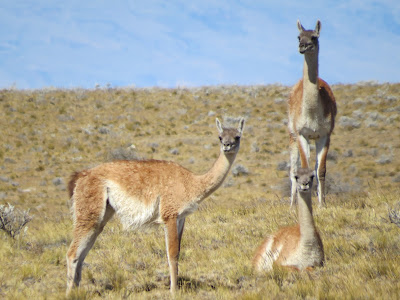 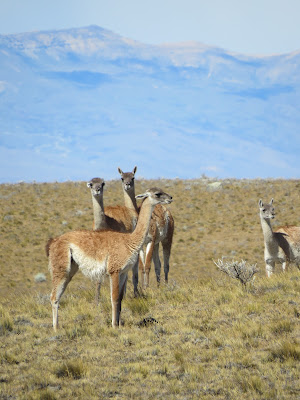 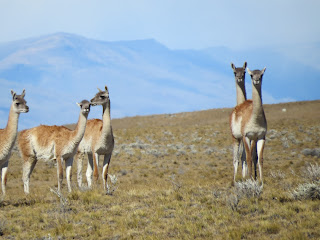 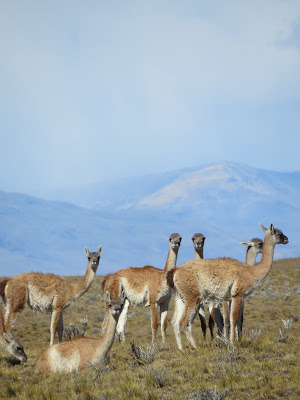 six,
and so on. Like their camelid counterparts in Africa, they need very little water, surviving mostly on morning dew and the water in the grasses, lichens and other scant desert forage. Being ruminants with three-chambered stomachs, they know what it means to chew one's cud, which for all of us several generations removed from farm life means food regurgitated from the stomach for further chewing. Acid reflux can conveniently be used as a weapon when they spit. 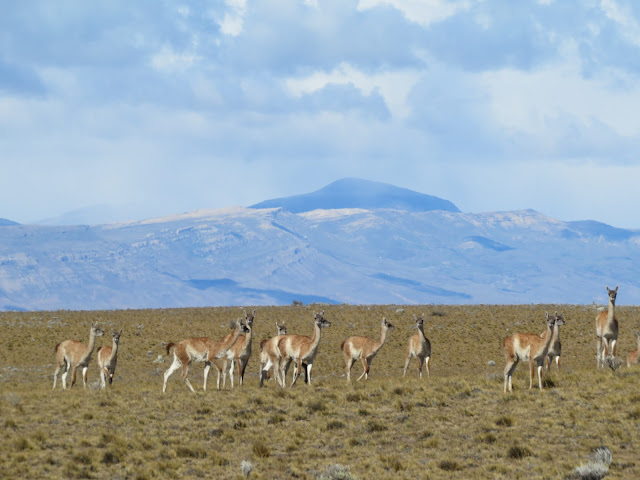