We just got back from a trip to Argentina to see family. The trip included some adventures down in Patagonia, the land at the southern end of Argentina and Chile where the continent narrows. On Argentina's side of the Andes, the mountains cast a long rain shadow eastward that deprives the land of rain. The sparse shrubs, grass, and wildflowers are kept low not only by the lack of water, but also by powerful winds that punish any living thing that dares to show vertical ambitions.

I don't know where to begin with all the photos taken--this blog may turn into Patagonia Nature Notes for awhile--but the one below sets the scene, with big sky, big mountains, and broad expanses of mesas and plains. Look in the lower lefthand corner, and you'll see that we were lucky on the last day to encounter Patagonia's version of the ostrich, variously called avestruz, choique, nandu, or Rhea. During Darwin's travels in Patagonia in the 1830s, he heard from gauchos of the small flightless bird, and finally encountered them. These are lesser Rheas, the greater ones being a separate species that lives in the more verdant pampas to the north. 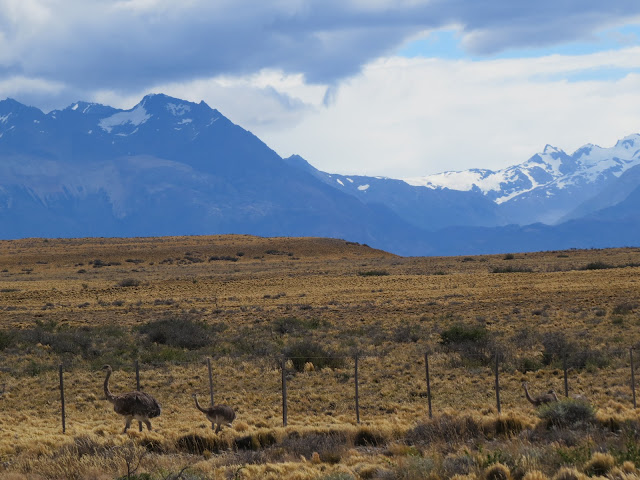 The larger bird in the photos is a male, they being the ones who take care of the young. The male makes the nest, incubates the eggs--as many as 50, laid by various females--then follows up by running a sort of Rhea daycare, every day being one long field trip. 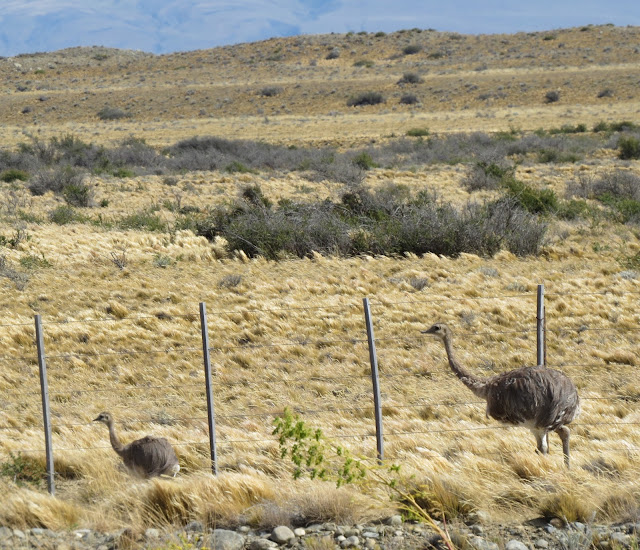 This group had about eight young, following loosely along as the male looked for a spot to duck under the fence meant to keep sheep from straying onto the road.

Couldn't find information about what the females and other males do while one male is taking care of all the young. 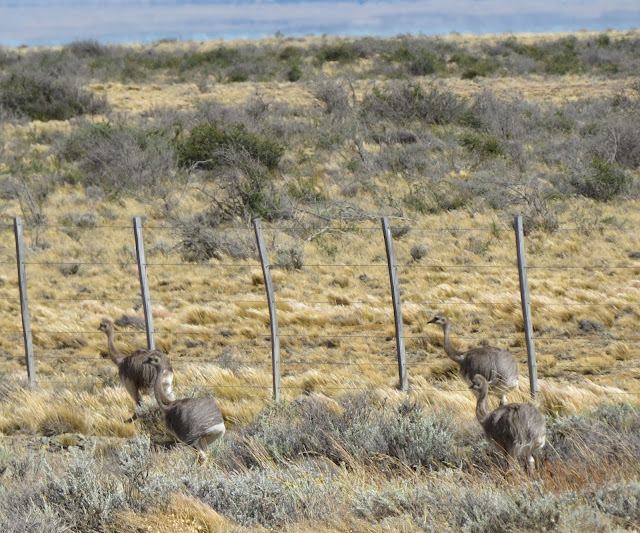