A Sampling of May Flowers

No theme here, just flowers. Red buckeye, for instance, though this one doesn't look very red, a small tree planted occasionally along streets--this one under powerlines where it's small size should prevent it from tangling with the lines in years to come. It's native, though the only time I saw it growing in the wild was in the coastal plains of North Carolina. 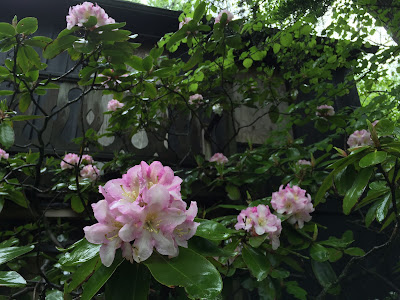 Adding to the red end of the spectrum is a Rhododendron at Veblen House. We recently moved a carefully excised portion of the last known and deeply shaded native Rhododendron in Herrontown Woods--an azalea species--to the botanical garden next to the HW parking lot, to see if it might grow, thrive and bloom once again, if given some light and tlc. Native azaleas are said to have been a common sight in the past along the edge of Herrontown Road. 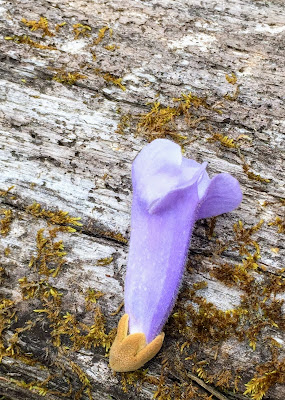 Princess trees are an introduced species often found along interstates. There are several growing at Herrontown Woods that we're leaving to grow for now. They bloom before leafing out. 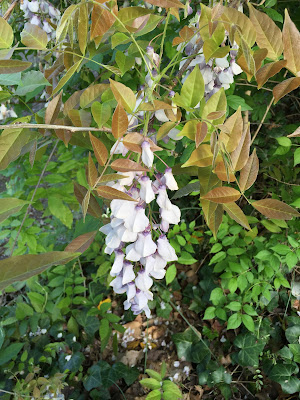 The Japanese and Chinese wisterias also bloom before leafing out, making for a striking display if contained. If not contained, they become a menace, spreading into woodlands where they smother and weaken trees, and so dominate that nothing else can grow. Fortunately, they don't seem to spread by seed. Otherwise, Princeton would have long since been engulfed. There is a native species of wisteria that grows in the southeastern U.S.. It blooms when the leaves are already developing so is less spectacular. It is less aggressive, but even so must be planted with caution. Other native vines like virgins bower, groundnut, and Virginia creeper may not dominate in the wild, but can be surprisingly aggressive in the less competitive environment of a garden. 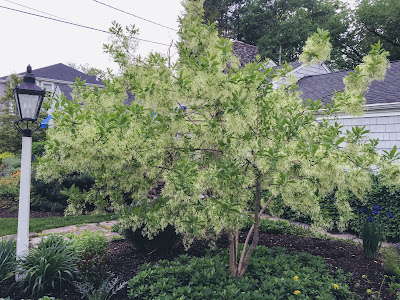 Fringe tree is a lovely native shrub, rarely seen in the wild. My one encounter was on some land we preserved in Durham, North Carolina. This fine specimen grows in a carefully tended garden at Franklin and Snowden in Princeton. 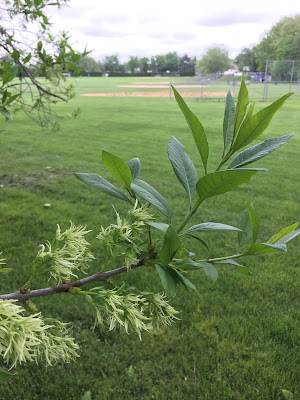 A less tended example is in Community Park near 206. 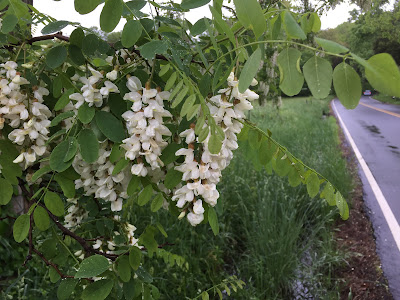 More common than fringe tree are native black locust and black cherry, both of which have white flowers around now. Black locust's flowers are usually high up, but this specimen along Herrontown Rd were low enough to photo. The tree has yellow, rot-resistant wood useful for fenceposts and burns clean and hot in the wood stove. Towering specimens grow near historic houses in the area, which doesn't seem a coincidence. 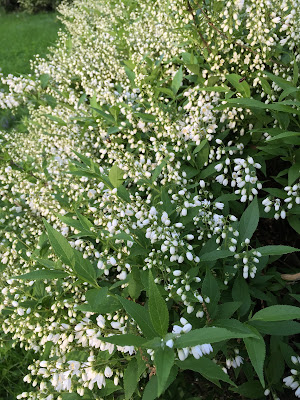 More whiteness comes from Deutsia, a well-contained shrub sometimes planted as a low hedge. Not native, but doesn't seem to spread into wild areas, or even in the yard. 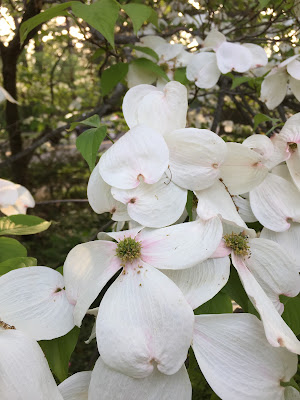 Everyone knows flowering dogwood, made bright and beautiful by its bracts. 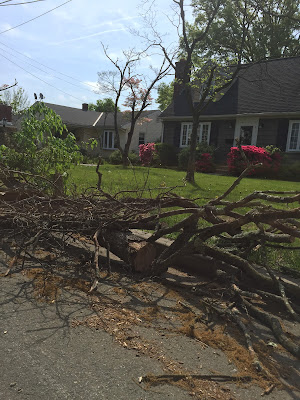 Sad to see many older flowering dogwoods in my neighborhood dying back and ending up as dead wood piled in the street. The loss, either to old age or to an introduced fungus that causes anthracnose, heightens the appreciation of those that survive. 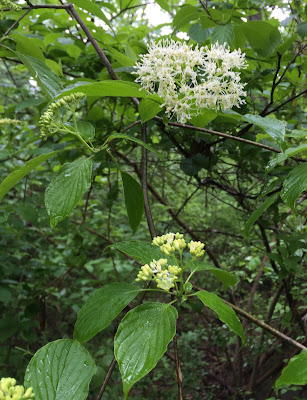 Far more rare and less known than the flowering dogwood is the alternative-leaved dogwood, only two specimens of which I have encountered growing in the wilds of Princeton, at Herrontown Woods.
Posted by Steve Hiltner at Tuesday, May 22, 2018