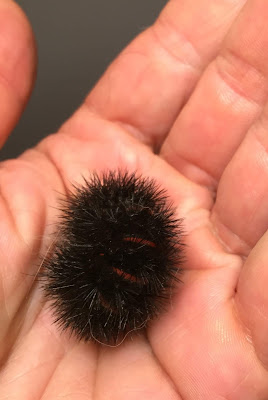 Nature can sometimes come in close in the fall. This wooly creature, the caterpillar of a great leopard moth, not to be confused with a wooly bear, showed up on the floor in a corner of our bathroom. 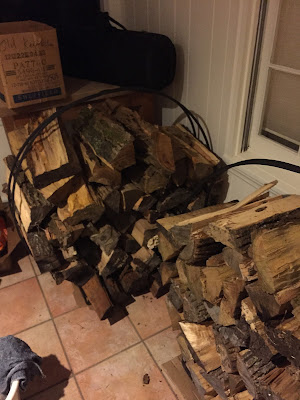 Perhaps it came in with some firewood stacked in the sunroom next to the bathroom. I meant to take the caterpillar outside, but got distracted, and found it the next day in the hallway beyond the family room. At that point, it was given transport out to the back corner of our yard, where it will presumably find some cover for the winter. 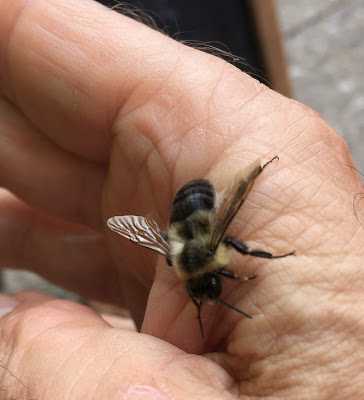 Bumble bees can get soporific in the fall, dozing on a flower as if they've forgotten their reason for being, which all but the queens may well have. This one landed on my hand while sitting outside a cafe on Nassau Street. Its curiosity seemed harmless enough. 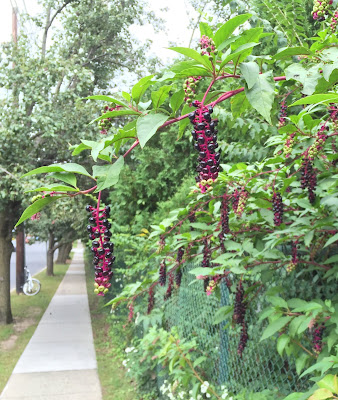 Another surprise came while walking home on Moore Street. Pokeweed (inkberry) is a large, fleshy plant that often looks rank and weedy, but every now and then, it grows in a place that reveals an elegance and beauty. Its perennial root sends up a new stem each year, unlike its close relative in Argentina, the ombu, which has a tree-like perennial top but lacks a real tree's xylem. 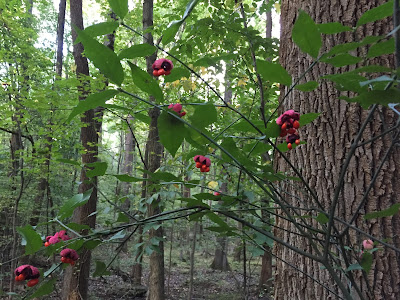 A subtle surprise of the ornamental seed variety came during a recent walk at Herrontown Woods, where the path intersects with one of only three hearts a' bustin' shrubs (Euonymus americanus) as yet to be found growing wild in Princeton. These three somehow grew tall enough to elude the deer, whose appetite for the plant has kept all other specimens in the woods only a few inches tall. 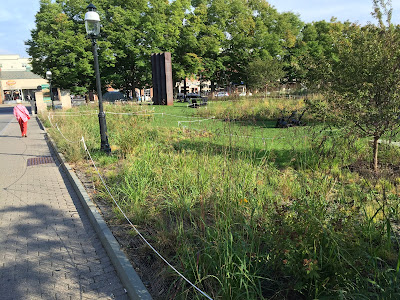 Also coming as a recent surprise is the University's native prairie planting next to the Firestone Library. It's off to a good start, with the classic eastern grassland species. 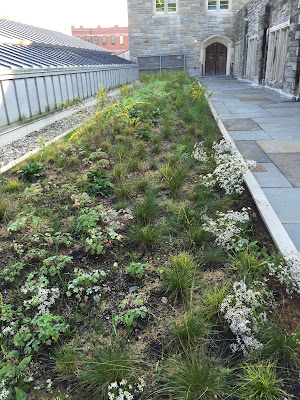 This ambitious planting comes after another attempt at a native grassland a few years back, at the psychology building, was mowed down after mugwort, Canada thistle and other weeds were allowed to invade until they became unmanageable. It's good to see the University didn't give up on the concept. This latest planting next to Nassau Street is higher visibility, which could prioritize its maintenance. If there's someone on staff who can provide the early, skilled intervention to keep the weeds out of this complex plant community, it should become a low-maintenance planting whose rich diversity echoes the book collections stored below. 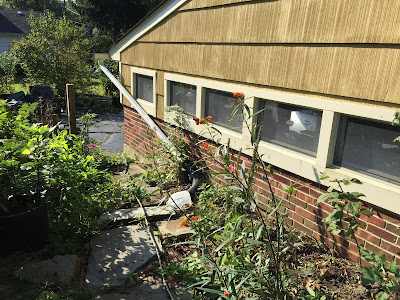 A Mexican milkweed growing next to our carport turned into a miniature monarch butterfly nursery this summer. The monarchs are unpredictable as to which milkweeds they'll actually lay eggs on, but this one plant finally played host to some caterpillars late in the season. 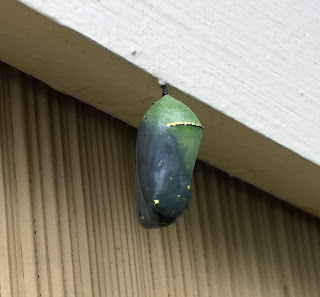 Even harder to predict, oftentimes, is where the fully grown caterpillars will go to make their crysalises,  but these were easy to find underneath the shingles of the house. This particular one did not mature into a butterfly, 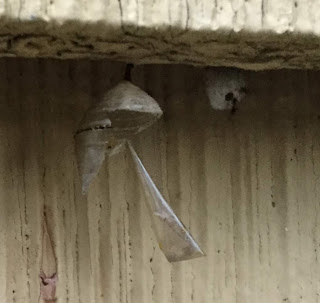 but a few others did, the evidence being the wispy remains of the chyrsalises coinciding with sightings of a couple monarchs whose flight looked tentative in the way one would expect first flight to be. Reports on fall migration back to Mexico have been promising thus far, though the next post on Monarch Watch should speak to any impact from the hurricanes.

(Note: The Journey North site has more frequent updates, and for NJ, check out the Monarch Monitoring Project in Cape May ) 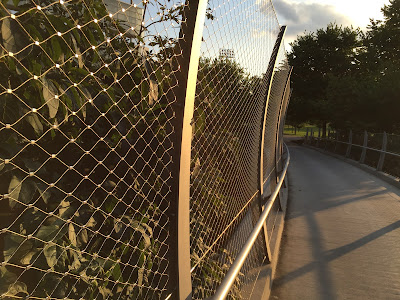 Fall is also a time for biking down to university soccer games, in the process crossing the pedestrian bridge, where the native persimmon trees planted there have finally risen high enough 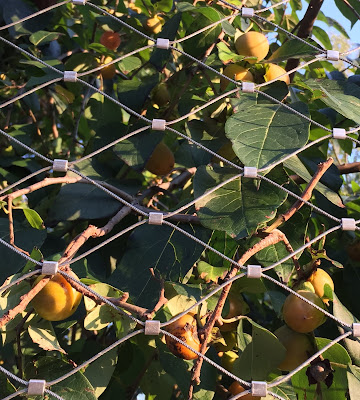 to push their fruits close against the wire mesh. Not quite ripe when this photo was taken, but there are two home games to go. Catching them when they're ripe would be a fine surprise.