The Lost Meadows of Maidenhead Meadows 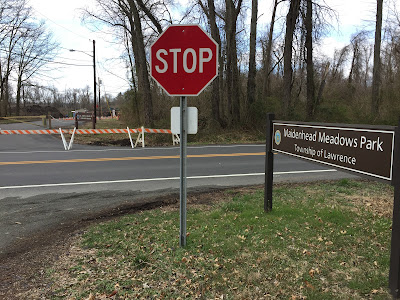 Last week we happened upon an often passed but little known nature preserve just outside Princeton. It began with a spousal call for woodchip mulch for the garden, which meant a trip to the Lawrence Township Ecological Center out on Princeton Pike. The website said they're open until 2:30pm on weekdays, but I called to make sure. Two days later, we finally headed out there in my 94 Ford Ranger, which I launch like some old ship for strategic errands around town. A lot was changing day to day as towns responded to the spread of coronavirus, and sure enough, we arrived to find that even an outdoor operation like the composting center was closed. With my heightened awareness of climate change, I hate to waste even a short drive out of town, and was not happy at the prospect of returning home empty handed. A compostable expletive escaped my lips as I pulled into the driveway across from the Ecological Center.

Before I could turn around, though, we realized that the driveway I had just pulled into was the entryway for a park. Maidenhead Meadows, the sign said. Township of Lawrence. With the world shut down by a virus, we had time on our hands, so why not? 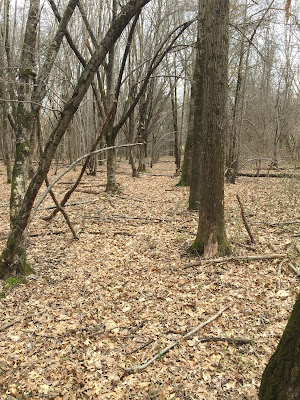 The broad, flat cinder trail winds through what some might call a second growth forest. But "second growth" assumes that there was a "first growth" forest here long ago, which is not necessarily the case. The name of the preserve stirred memory of a map seen many years back on the wall of Brearley House, the historic house that stands just a little further down Princeton Pike. Being an enthusiast of prairies, I had taken particular note of an expansive meadow on that map.

There's a widespread and persistent misconception that the eastern U.S. was one big forest prior to colonization. More likely it was a mosaic of woodlands, oak savannas and prairies, tended to by Native Americans and their horticultural tool of choice: fire. Evidence can be found along our gasline and powerline right of ways, where periodic mowing keeps trees at bay. There one can still see swaths of the same grasses munched on by bison out in the prairie states: Indian grass, switchgrass, little bluestem, purpletop, and an occasional big bluestem.

Below is a portion of the wonderful old 1776 map, showing the "Maidenhead Great Meadows" 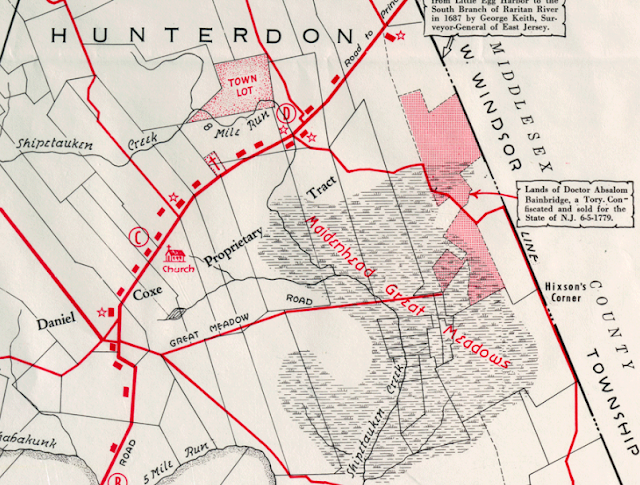 A brief history of Brearley House is the only description I've found thus far of this great meadow that pre-existed colonial times. The 1761 Brearley House "was erected on the Great Meadow, a farming and grazing land of the first residents of Lawrence - the Leni-Lanapi People."


A little box of text on the old map gives more details about how this meadow was used by colonists. 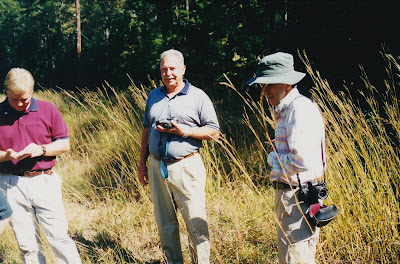 There was a similarly large early America meadow, just west of Durham, NC, where I used to live, with stories of colonists harvesting hay from its fields. Years ago, Roger Hansard, a friend in the Natural Resource Conservation Service, took some of us out there once to see the big bluestem grasses surviving along a roadside--one last remnant of what once was a broad sweep of grassland habitat called Meadow Flats. Prairie enthusiasts spend a lot of time scrutinizing roadsides, especially under powerlines, because that's the only place prairie species have survived through a century or more of fire-deprivation and tree growth. 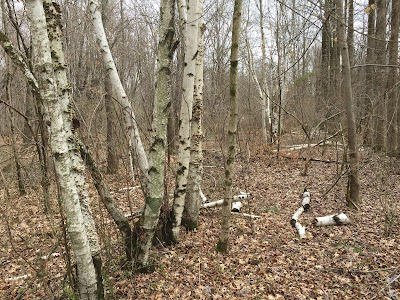 Back in NJ, the current state of Maidenhead Meadows reflects neither its history nor its name. Rows of trees offer evidence of an old nursery (these look like white birches struggling to hold on), and are a reminder that most trees planted in a nursery grow to unwieldy size before anyone can get around to transplanting them. 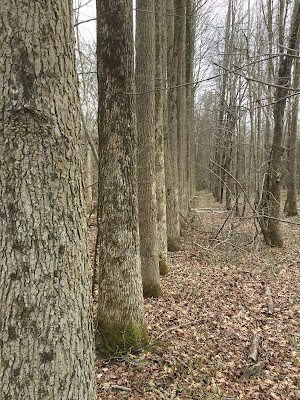 Someone took care long ago to plant the trees in impressively straight lines.

Maidenhead Meadows is worth a visit. It's a strange mix of abandoned tree nursery, mega-invasion of autumn olive, and some more natural-seeming woodland. Partway down the trail, I had my first sighting in NJ of sourwood in the wild, a tree that turns brilliant red in fall and is more common in the southeast U.S.. Hard to say whether it was part of the nursery.

Knowing that the site had once been a grassland, I wondered if they might attempt to make it so again. It certainly has the feel of a landscape that lost its way long ago. The writeup on Brearley House offers a partial answer as to what went awry after 1800:


"Over the next 150 years, the lack of natural drainage resulting from the construction of the DR Canal and the building of many major and secondary roads caused the Great Meadow to become a wooded wetlands."

In other words, the landscape's predisposition to be grassland was undermined by a change of hydrology. There's a poetry to how water moves through a landscape whose underlying drainage patterns have survived unaltered. I've seen it at Herrontown Woods, and in a few other headwaters over the years. Water flow drives a landscape, whether it's a backyard or a nature preserve.

Maidenhead Meadows may have lost some of its underlying poetry, but I hope they try to bring its historical identity back to life, particularly in the areas overrun by autumn olive. Mercer Meadows, five miles away, is an example of how management can restore these grassland habitats, and even bring back the fire that helped create and sustain them in centuries and millenia past.

Lawrence township has preserved a lot of cultural and natural heritage down Maidenhead way, accessible in part by bike via the towpath--Brearley House, the massive Brearley Oak down next to Bristol-Myers Squibb, and a system of trails that increasingly link it all together. Hopefully someone's cooking up an effort to reconnect the habitat to its past glory.

Woodchips remain on hold, but the open space still invites us to walk and dream. 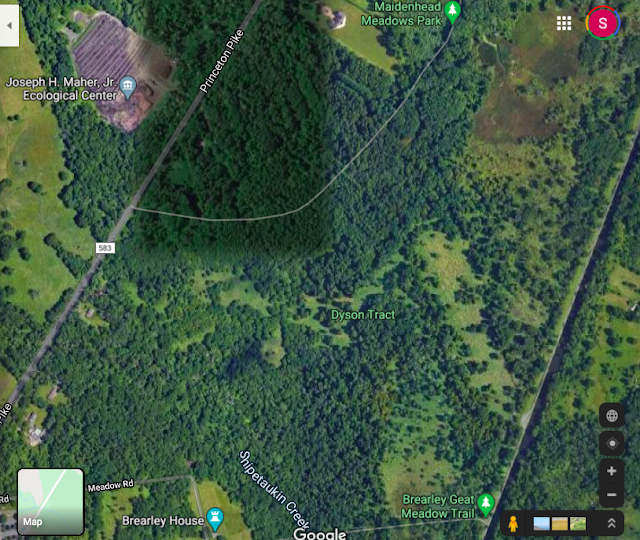