Around mid-summer, I begin wondering how the monarchs are doing. Last summer, in 2019, they were more numerous than usual in the Princeton area, and as I googled for news of their numbers in 2020, it was with the expectation that their population was on the upswing. Surprisingly, their overwintering numbers in the mountains west of Mexico City were down dramatically. The count comes out in March, just before they begin their journey north, and was down by half compared to the winter of 2018/19.

The low count this past winter was due in part to less than favorable migration weather last fall. Warm weather in the north delayed migration southward, and a drought in Texas left little nectar for the monarchs as they funneled through Texas on their way to Mexico. From Princeton, that flight is about 2500 miles, powered by the liquid sunlight of nectar. 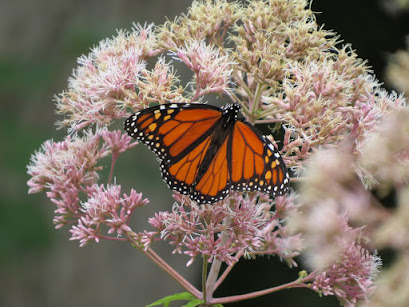 This summer, I saw one every few days. Here's a male visiting Joe Pye Weed in our backyard. 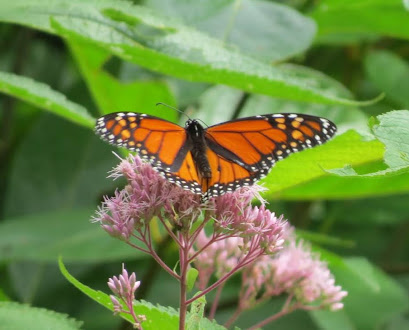 You can tell it's a male by those two spots on the back wings.
The monarch has a delicate look, but a powerful flight. A single beating of the wings sends it rocketing forward at unexpected speed.
One of summer's finest moments can be spent watching a monarch navigate a garden. In our backyard, masses of variously sized wildflowers form a kind of mountain range with peaks and valleys that the monarch masterfully navigates just above. Turning on a dime, coasting, darting this way and that, the monarch's flight can seem like whimsy, or an incredibly efficient and complete survey of a garden.
Sometimes a monarch visits every section of our garden without landing, then heads off. What was it looking for? A mate? A milkweed to lay eggs on? Clearly not nectar that other more predictable insects are busy feasting upon. Oftentimes, the monarch's motivations are an enigma. One time this summer, I witnessed a monarch whose intent was very clear. In the "Veblen Circle" of wildflowers at the botanical garden we're creating next to the parking lot at Herrontown Woods, there's a mix of purple and common milkweeds in sufficient numbers to satisfy a monarch caterpillar's voracious appetite. Yet until this summer, I had never seen a female monarch land on one. 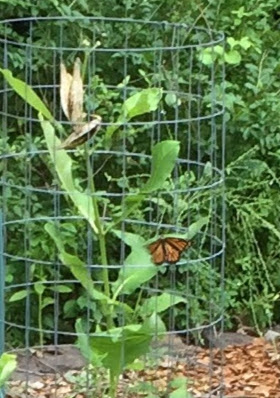 August 7, however, a monarch came along and perched on the side of a leaf, then bent its abdomen around and under to lay an egg on the underside. All I had was an iPhone to record the moment, and didn't dare get close enough for a good photo, lest the monarch be distracted from its mission. 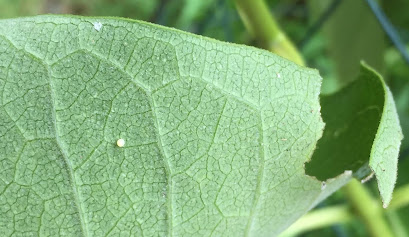 Though we can witness, appreciate, and take small steps to support any monarchs that come along, our capacity to influence their destiny is limited. As Monarch Watch Director Chip Taylor explains on his highly detailed blog, "High numbers in the northeast do not translate to high overwintering numbers." In other words, we can support monarchs by planting milkweed and other wildflowers, but their fate is largely being determined by weather and land management playing out elsewhere.
A 2019 New Yorker article with a less than auspicious title, "The Vanishing Flights of the Monarch Butterfly," quotes Chip Taylor describing how a banner year in 2018 was largely due to the favorable weather the monarchs experienced at various stages in their migration. With humanity still on its climate-radicalizing fossil fuel treadmill, and massive misuse of herbicides killing milkweed in farm country, the cards are increasingly stacked against monarchs getting lucky with the weather. The "inland hurricane" that swept through Iowa in August seemed an example of the increasing extremes the monarchs face.
Still, there is the delicate, improbable power of their flight, and the promise of an egg. Nature is incredibly resilient if given a chance. There are raingardens to plant and milkweed to propagate. Common and purple milkweeds spread underground, making it easy to dig one up and start a new planting that will soon expand on its own. So much tears at the foundations of our world. Let the odds be what they may, to care and to act defines who we are.
The best source I've found thus far for updates on monarch status, and potential for participating in a larger effort, is the Journey North website:
https://journeynorth.org/monarchs 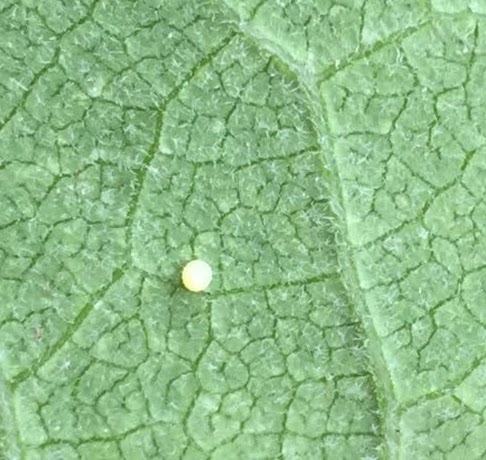