This has been a breakthrough year for those of us working to bring back the native butternut--a species laid low by an introduced canker disease.. 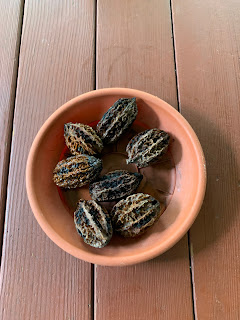 Twelve years after I helped Bill Sachs collect one of the last known harvests of native butternuts in Princeton, the new generation has finally born a crop of its own. Butternuts, also called white walnuts, or Juglans cinerea, bear nuts similar in look to black walnuts, but are oval rather than round.
Bill continued to harvest and plant butternuts from the TRI property for a couple more years, but that pair of trees was then lost, with one blown down and the other cut down, ironically as part of an environmental remediation of contaminated soil. Most of the other known specimens, solitary so unable to bear, at Herrontown Woods and Mountain Lakes, have since been lost as well, lending all the more importance to this new generation of trees, grown by Bill and planted around town.
We planted multiple trees, for cross pollination purposes, at Mountain Lakes, Herrontown Woods, Harrison Street Park, and at the TRI property where the seeds had originally come from. 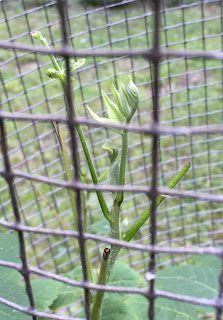 The saplings needed to be caged, to protect them from the deer. I made the mistake of removing a cage when a tree was tall enough that the deer could no longer reach the leaves. Bucks proceeded to rub the bark off the trunk, reducing a promising tree to root sprouts. A post from a couple years ago tells of some of the persistence required to nurse a new generation towards maturity. Along with deer, the young butternuts have been in danger of being smothered by fast-growing Japanese honeysuckle and grape vines, and trees like sweetgums and mulberries that rise quickly to fill the sunny openings the young butternuts need to grow.  Gardening, even wild gardening with native species, teaches the necessity of followup. 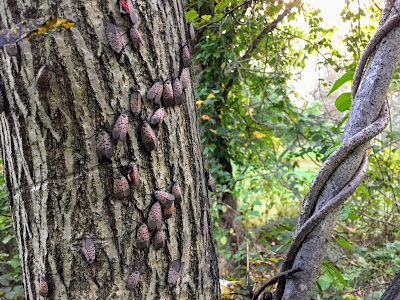 This year, the butternuts had to deal not only with the 17 year cicadas' heavy pruning, but also the expanding presence of spotted lanternflies. 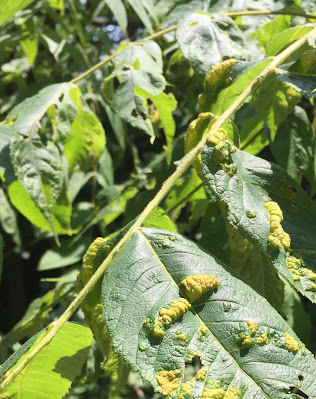 Adding to the young trees' burden were some galls, which Bill said were most likely caused by walnut leaf gall mites 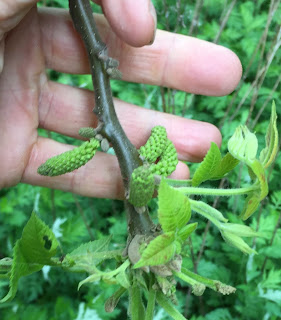 But despite all of that, the long awaited flowering of this new generation was spotted in July, and a few nuts collected in fall that appear to be viable, offering hope of yet another generation to come. 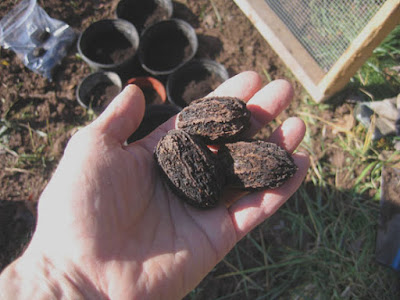 This fall's harvest is mostly being planted to grow more trees. Bill plants the butternut seed "in tall pots to be kept outdoors for the winter. This has worked well in the past."
Here are some additional tidbits gleaned from correspondence with Bill. The "float test" is used to determine whether a nut is viable. If it floats in water, it lacks a viable seed inside.
Dehusking walnuts and butternuts:
"I don’t really know if it’s absolutely necessary to dehusk walnuts or butternuts before a float test, though I think it is prudent. If you have a lot of nuts the best way to dehusk them is to use an old cement mixer with rocks and water… since I don’t have an old cement mixer, I use a piece of ½ inch plywood about 18 in by 6 in. I put a butternut or walnut in the driveway or street, put the plywood on top and use my foot with pressure to roll the nut under the plywood. (Use gloves to handle the nuts if you don’t want to stain your hands.) The husk comes off pretty easily. Then I put the largely dehusked nuts in a bucket of water and use a still wire brush to complete the cleaning." 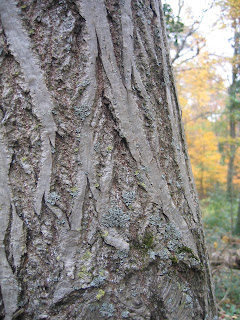 Identifying butternuts: "Butternut bark is characteristically a lighter gray with broader ridges than black walnut (but not always). Easier to tell for sure from a twig with a terminal and a few lateral buds. If you slit the twig, butternut will have a dark chocolate-colored, chambered pith, and the leaf scars typically have a hairy fringe (or mustache) along the upper margin. When the leaves are still on the tree the leaf rachis will be tomentose or pubescent (hairy). Not sure if this carries over to fallen leaves on the ground in the winter. Finally, butternut trees often have poor form. In contrast, black walnut has a buff-pink chambered pith, no hairy fringes along the top edge of the leaf scars and the rachis is smooth (among other differences)."
Some additional reading recommended:
On butternut seed propagation/germination: 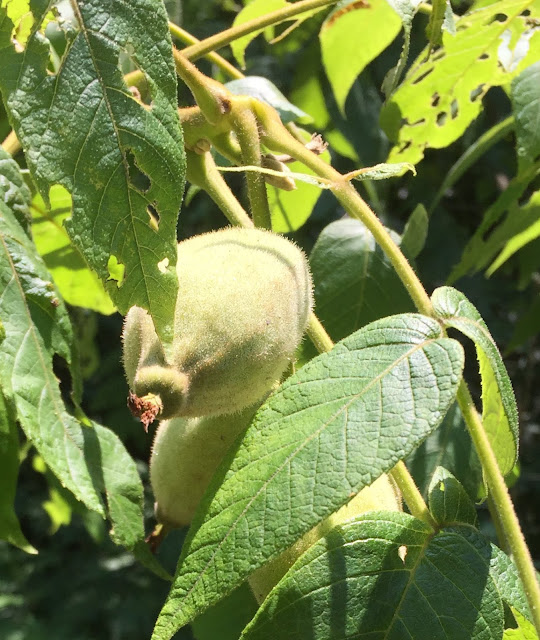