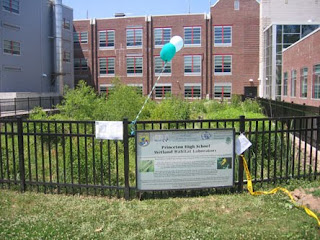 On June 19, the Princeton High School ecolab wetland was one of the stops on the Green Building and Garden Tour, organized by the Princeton Environmental Commission. The intention of this tour stop was to focus on how a retention basin can be converted into wetland habitat, but an airborne drama pulled our attention skywards. 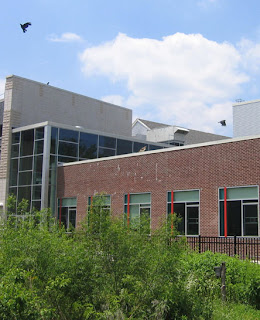 A red-tailed hawk flew over from Westminster campus, chased by a pack of crows. 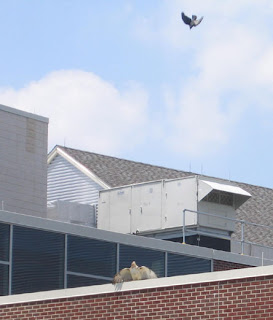 The scolding and intimidation continued for several minutes, as the crows took turns dive-bombing the hawk. The hawk kept an eye out, but seemed generally unconcerned. They'd all been through this before. 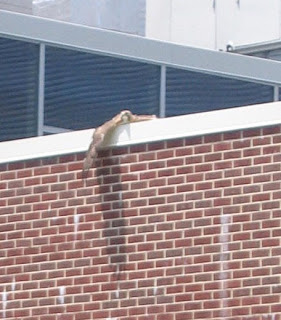 After the crows left, the hawk lay down and draped its wing over the edge of the roof, as if injured, or simply wishing to gather some warmth from the sun. 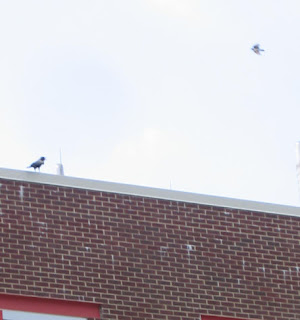 The crows returned, the hawk flew off, but one of the crows hung around long enough to in turn become the target of intimidation by a still smaller bird with white markings on it tail. 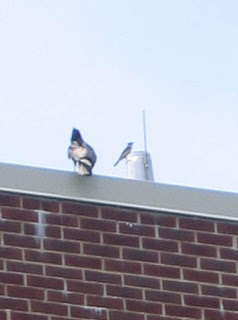 During summer break, it's feistiness rather than size that makes for a schoolyard bully.
Posted by Steve Hiltner at Sunday, June 20, 2010