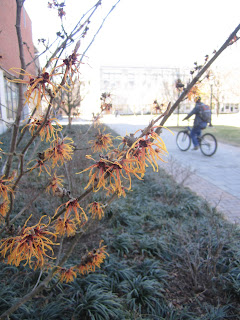 A witch hazel of Asian origin (probably a cross between Japanese and Chinese species) has been making its customary pitch on campus over the past couple weeks, 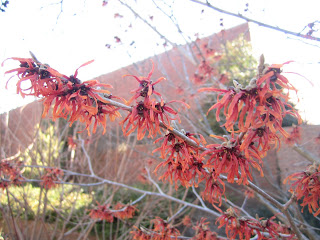 in varying shades of orange and red. 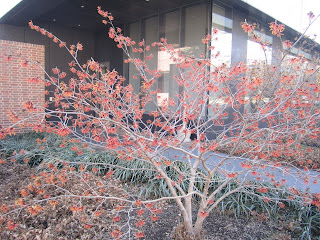 The native witch hazel, which typically grows on slopes near streams in Herrontown Woods, Mountain Lakes, Woodfield Reservation and elsewhere around Princeton, blooms in the fall. Last year's post on the subject can be found at http://princetonnaturenotes.blogspot.com/2011/03/witch-hazel-in-bloom.html.
Posted by Steve Hiltner at Sunday, March 11, 2012