Leaning Towards Learning To Lean 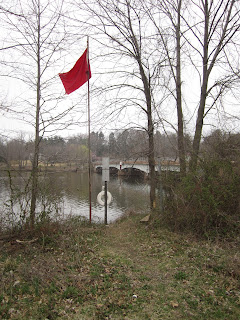 It was a lean year for skating on Carnegie Lake this past winter. Just in case anyone was tempted, the red flag has stood at the ready at the Harrison Street crossing. In coming years and decades, maybe the flag's meaning will be redefined as "No walking on the water." 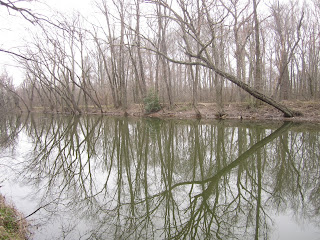 It was a better winter for leaning, particularly if you're a river birch. One could postulate a competitive advantage for a tree that "learns" to lean deeply but not fall, given all the uncontested sunlight to be had out there over the water. 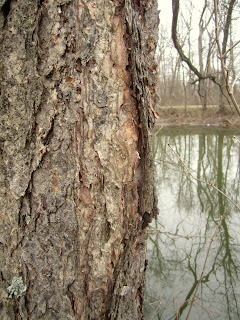 In addition to their classic posture next to rivers, river birches have an attractive, distinctive bark. 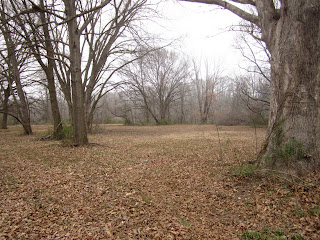 The DR Canal State Park crews have done their annual mowing of the wildflower meadows between the lake and the canal. The mowing does a pretty good job of imitating low-level natural fires that might once have swept through, clearing the previous year's growth and leaving the oaks with their thick bark undamaged. 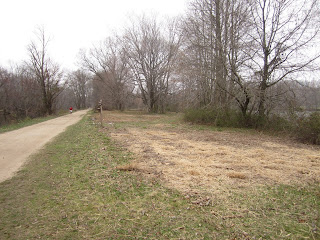 The mowing is particularly beneficial for switchgrass (the light brown area in the foreground). Its persistent stems from last year, pictured in a previous post, would serve ecologically as fuel to carry a fire across a field, to give the flames something to lean into and keep going. Other native prairie grasses, like big and little bluestems and the more common Indian grass, have similar adaptations. But if no fire, or mowing crew, sweeps through over the winter, the dead stems work to the plant's disadvantage by shading the new year's growth.