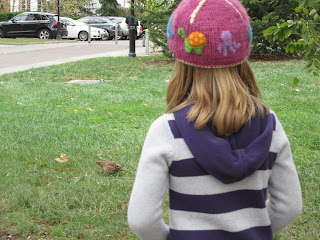 If not for the eye of an observant little girl passing by, I might not have noticed the odd bird foraging in front of the Firestone Library on Princeton University's campus. 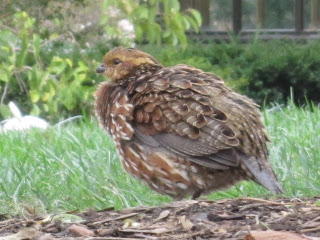 I had gone in search of an internet connection, and found instead what may be a northern bobwhite quail, which a birder friend says may be "a farm escapee or a local bird displaced and disoriented by the storm." It certainly was tame. Other potential identities mentioned were spruce grouse and grey partridge. 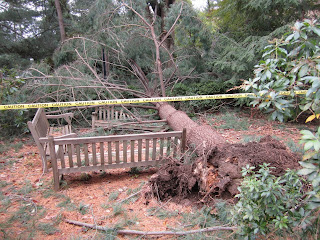 Elsewhere on campus, another evergreen tree was caught by the winds--this one a hemlock-- 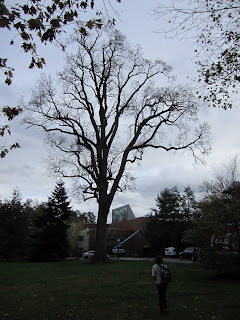 while the magnificent tulip poplar in front of Prospect House appeared unfazed, despite its high exposure to the gale-force winds. My daughter pointed out how the tree has plenty of room to spread its roots. Another factor is that all of its previous exposures to wind have strengthened it. Trees that haven't swayed in the wind, such as saplings that are staked for many years, or trees growing in dense stands, do not have a chance to develop the same strength.

Note: The princeton.edu website reports 50 trees on campus were blown down by the hurricane.
Posted by Steve Hiltner at Thursday, November 01, 2012