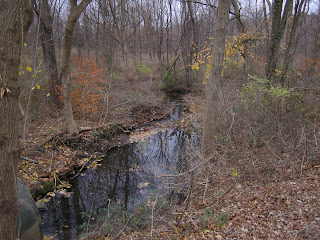 Did some scouting yesterday for today's nature walk at Community Park North and Mountain Lakes, beginning at Pettoranello Gardens. 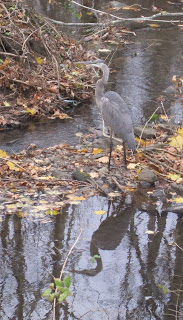 A closer look at the photo shows a great blue heron. We saw two, or four if you count their reflections. 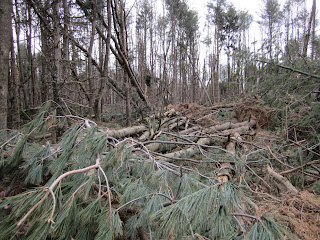 The pine woods up the hill from Pettoranello Gardens looks like a logging scene. Hurricane Sandy was only one of several storms that have been knocking the trees over. They were planted in the 1960s in what had been a farm field. I can't say I've ever seen white pines or Norway spruce growing naturally in this area, where deciduous woods are the norm. 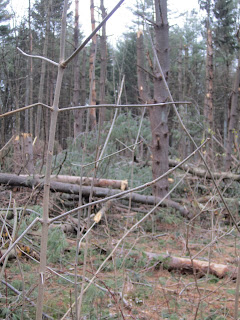 Ash trees (note opposite branching saplings in the foreground) have been massing at the base of the pine trees for years, ready to  take full advantage of the sky that has opened up above them. 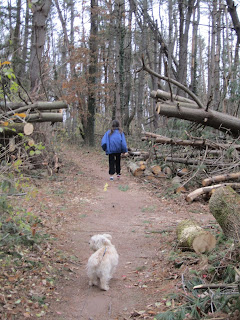 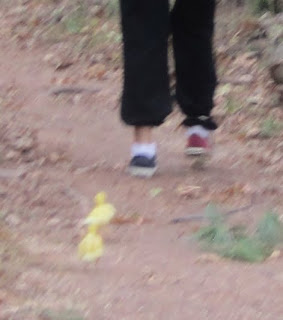 A closer look suggests two small yellow creatures running behind my daughter. Hard to tell, though, given the focus. 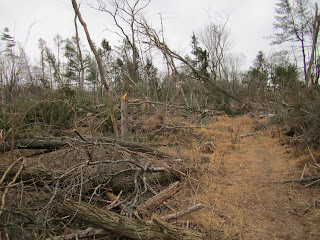 On the far side of the Tusculum fields, the hurricane pretty much polished off what was left of the woods between Mountain Lakes House and Tusculum. This was mostly a mix of white pines and black locust--again, not tree species that existed here historically. Fortunately, a couple native chestnuts planted here to take advantage of sunny openings have survived and should make the most of the additional sunlight. 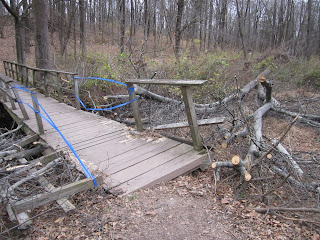 Upstream of Mountain Lakes, This Old Bridge took another hit, this time from nearby maple tree. Some years back, the bridge was transported 100 feet downstream by a massive flood, then dragged back into position by the township. State regs would probably make replacing the bridge prohibitively expensive. 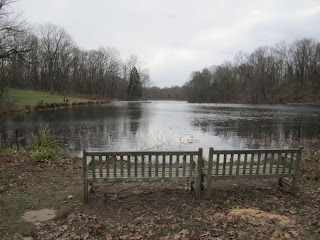 At Mountain Lakes itself, things were much more peaceful. A couple young fishermen weren't having any luck, but they didn't seem to mind too much. 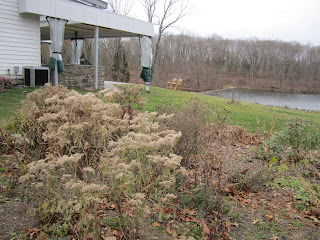 The raingarden next to Mountain Lakes House has gone into attractive hibernation. 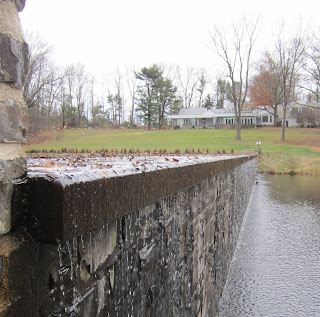 Every time I look at how evenly the water slips over the upper dam, I think of Clifford Zink, the consulting architectural historian who encouraged the dam restorationists to make the spillway perfectly flat.
Posted by Steve Hiltner at Sunday, November 25, 2012