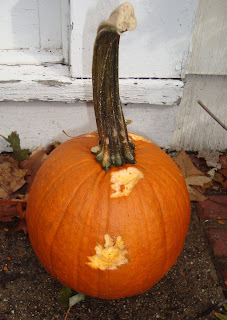 In a previous post, I decried what appeared to be a lack of serious effort exhibited by squirrels this fall in carving our front door pumpkin. 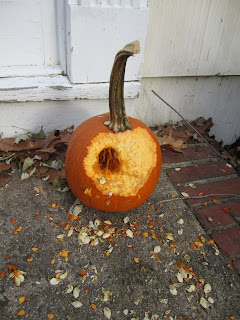 Apparently, the local squirrels read this blog, because soon thereafter the squirrel community sent one of its masters of gnaw to create a more elaborate carving. Rodentopologists who have researched squirrel legends tell me this one-eyed monkey face has deep meanings extending back to when great squirrel nations vied for dominance in what proved a losing battle with primates. Current squirrel populations represent a diaspora from that time. 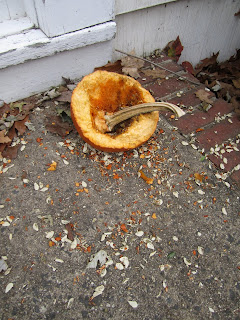 The next day, however, I grew concerned that something other than aesthetics and traditional expression was motivating the carver. The symbol of the "exploding pumpkin" appears nowhere in squirrel mythology. 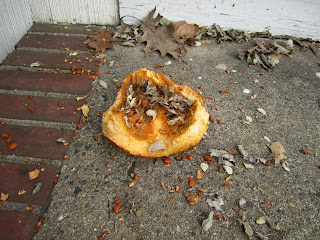 It became increasingly clear that a starving artist was at work. 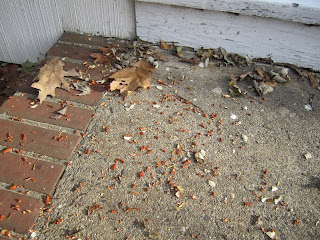 One of the take-home lessens here is that an all-consuming passion is not enough to create enduring art.
Posted by Steve Hiltner at Saturday, November 24, 2012