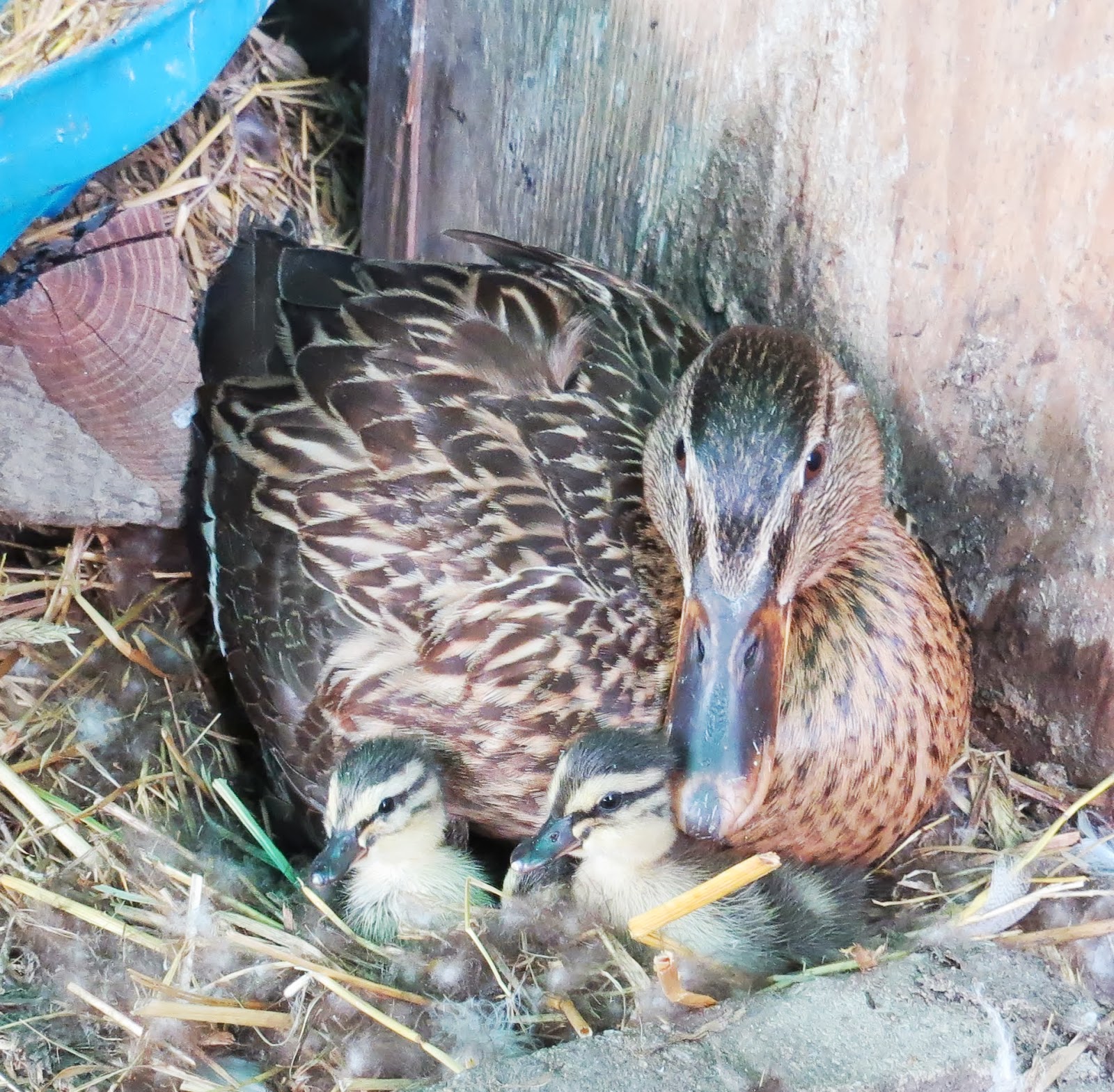 In a humble coop behind our house on busy Harrison Street, a mallard named Swee' Pea found herself sitting on five ducklings this morning, where five eggs had been the night before. She had been patiently sitting on the nest of straw, feather down and eggs for several weeks. Yesterday, my daughter noticed Swee' Pea becoming increasingly territorial, hissing and thrusting her beak at anyone who came close. Now we know why. 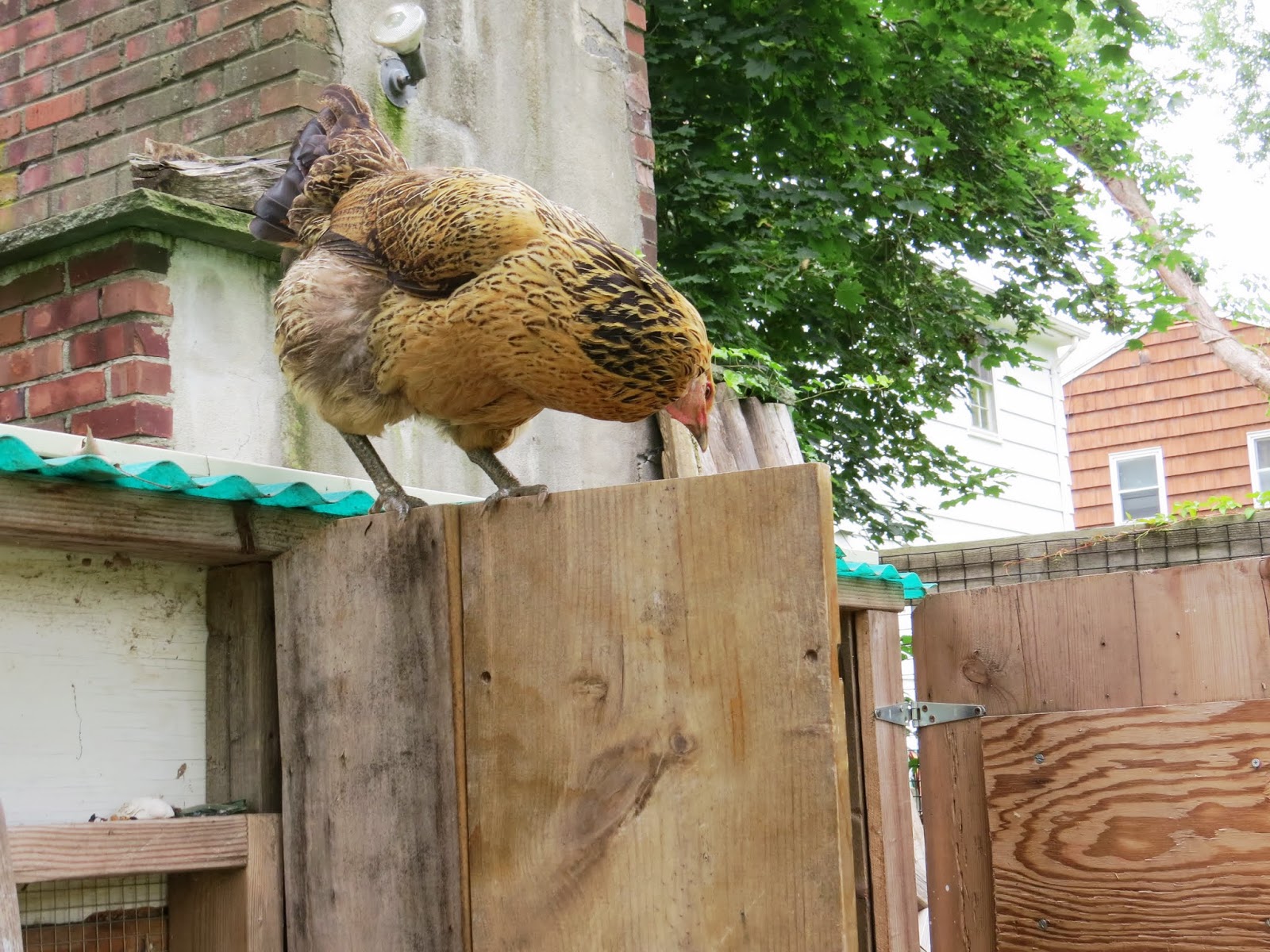 Buttons the Araucana chicken checked things out from a safe distance, 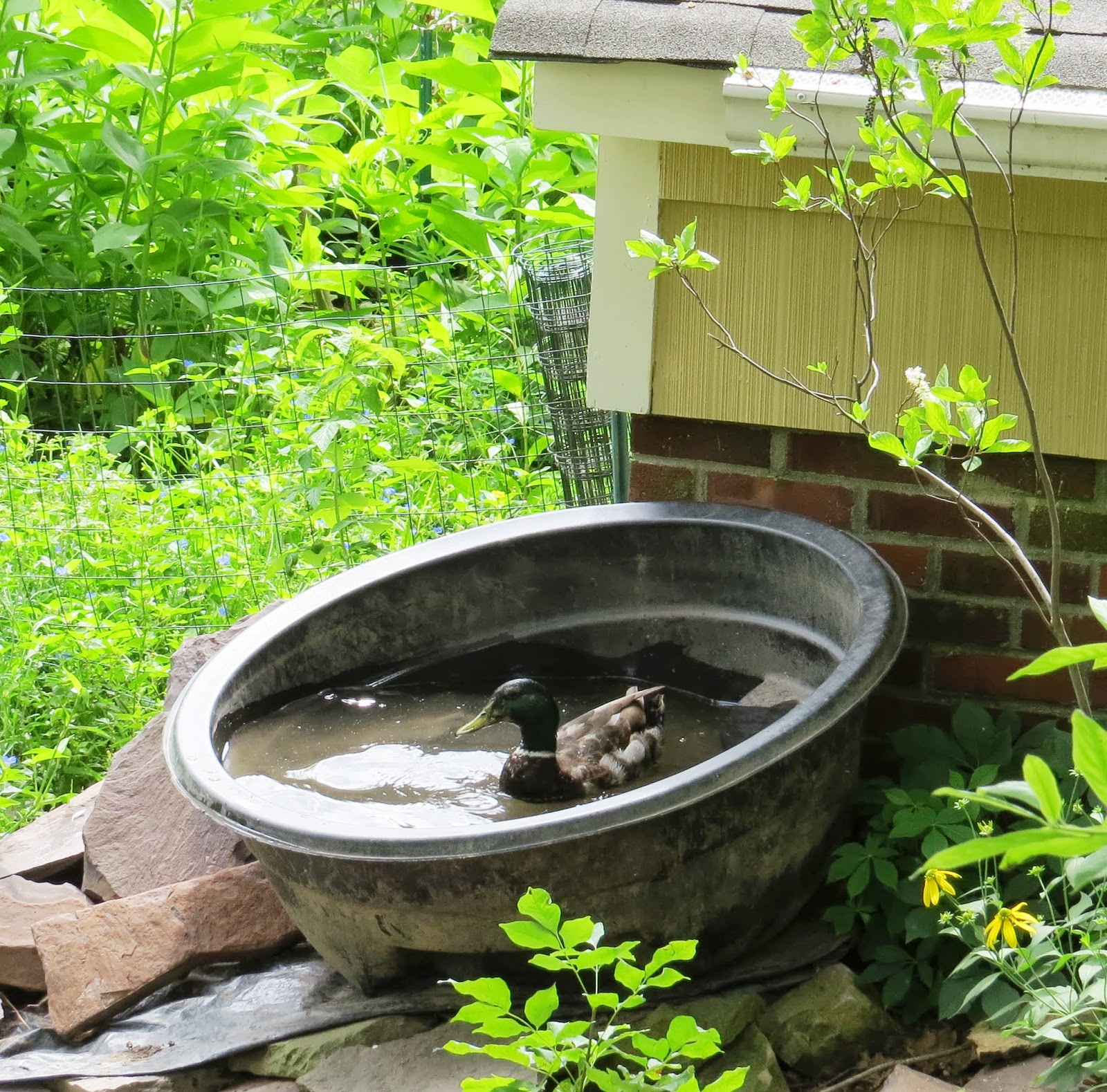 while the father, Ronnie, lacking cigars, took a dip in the tippable duck pond that gets fresh water from the roof gutter every time it rains. 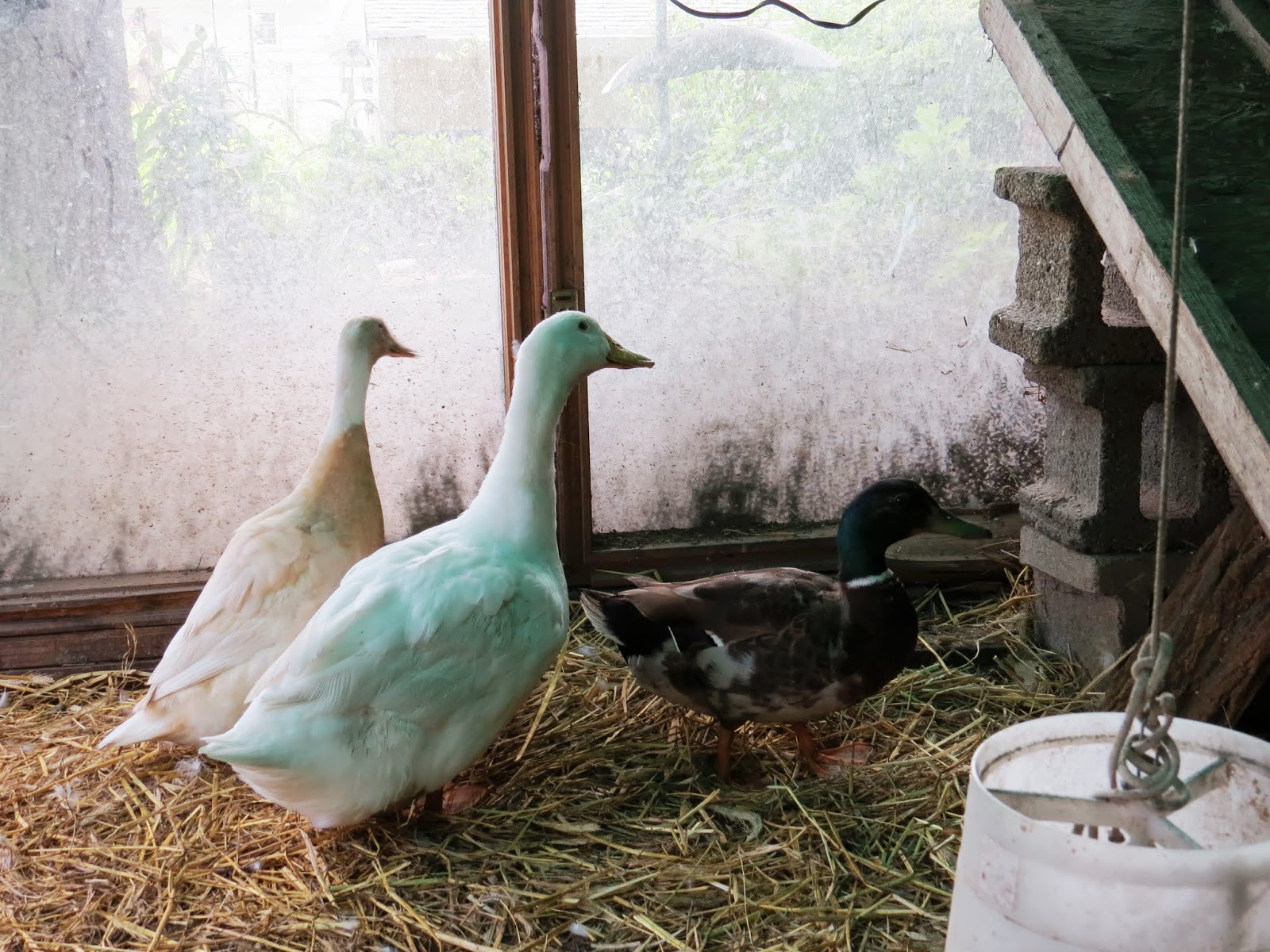 The other ducks normally don't go back in the coop in the middle of the day, but today they did, apparently out of curiosity. 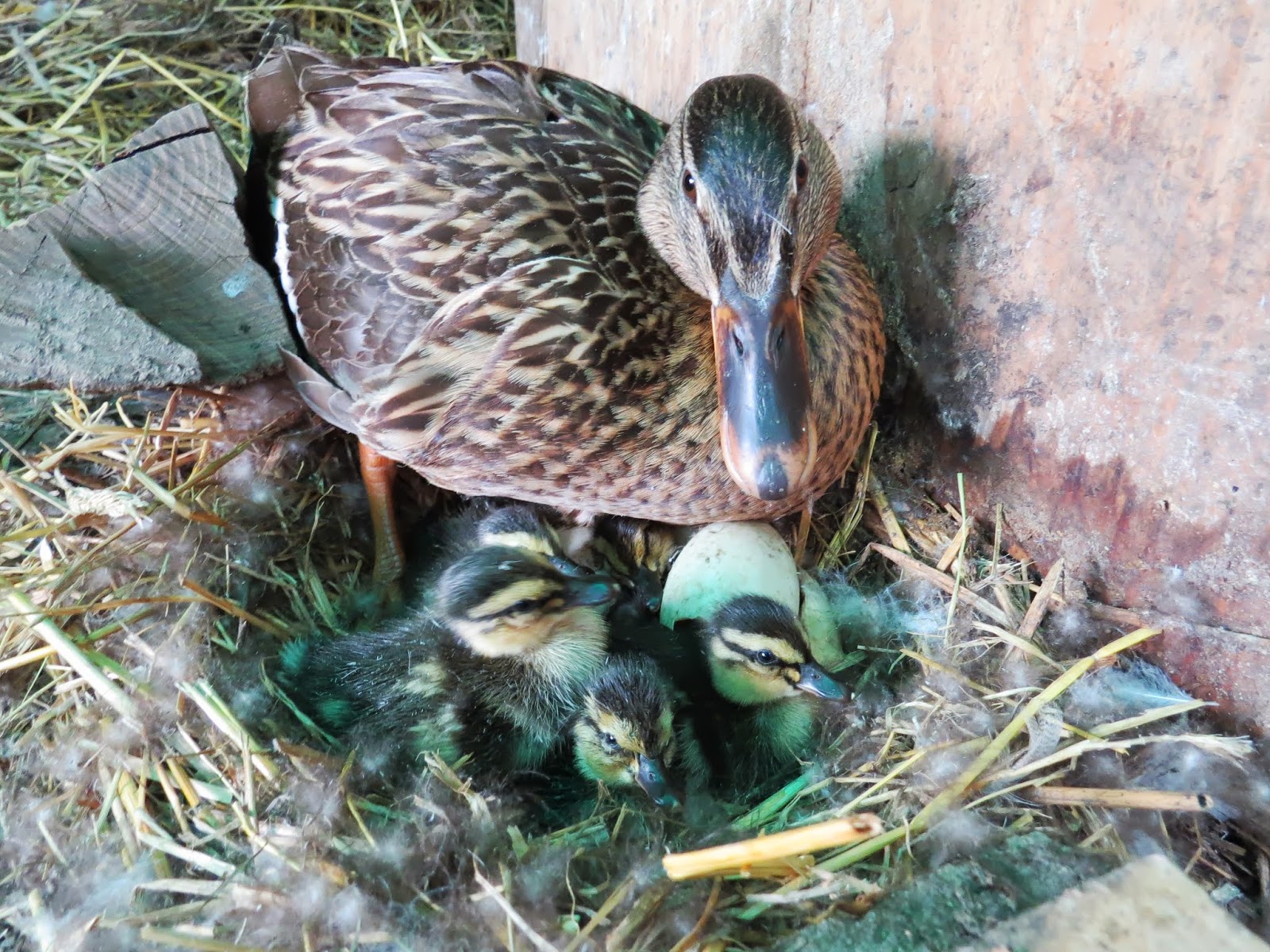 Meanwhile, the owners of said ducks and coop are sent scrambling to the internet to ask a recurring question in animal husbandry, "Now what?"
Posted by Steve Hiltner at Sunday, August 11, 2013