Finding Home in the Far Away 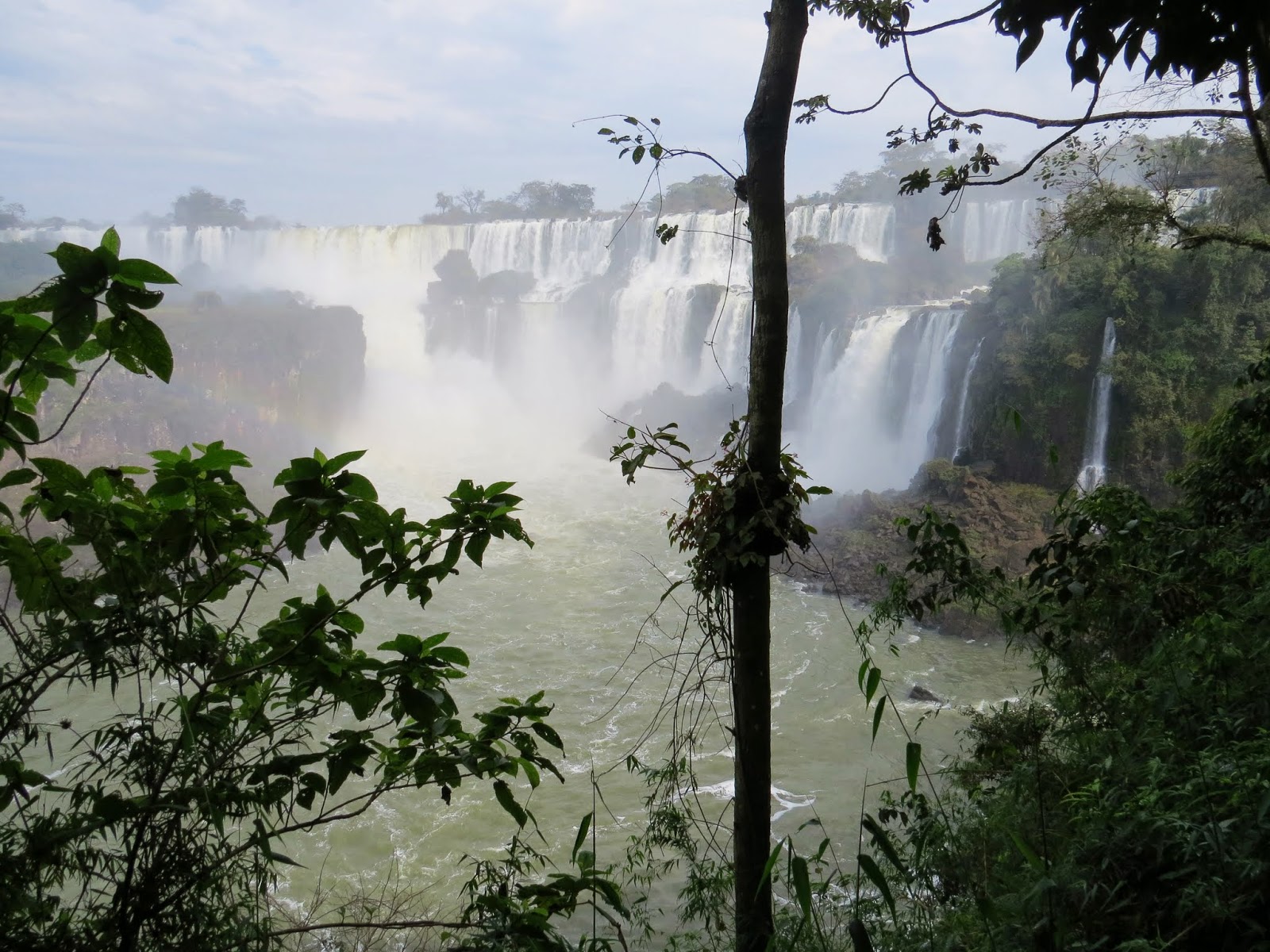 Iguazu Falls in northern Argentina, twice the width of Niagara Falls, with tropical forests harboring all manner of animals exotic to a visitor from the U.S. It's on the flipside of the planet, with seasons reversed, and yet, what is that plant growing on the trunk of the tree? 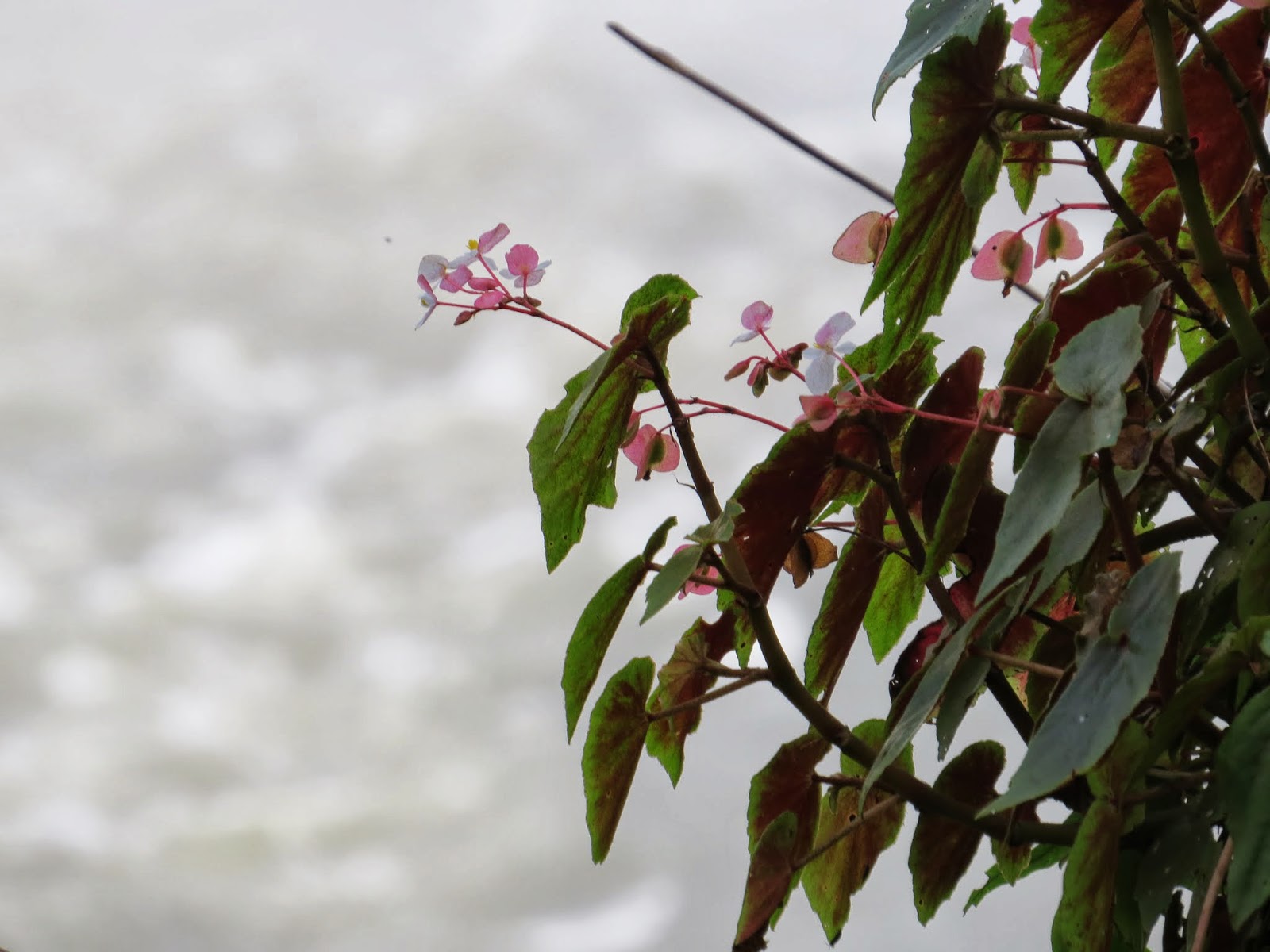 A begonia like those we grow indoors in the U.S. 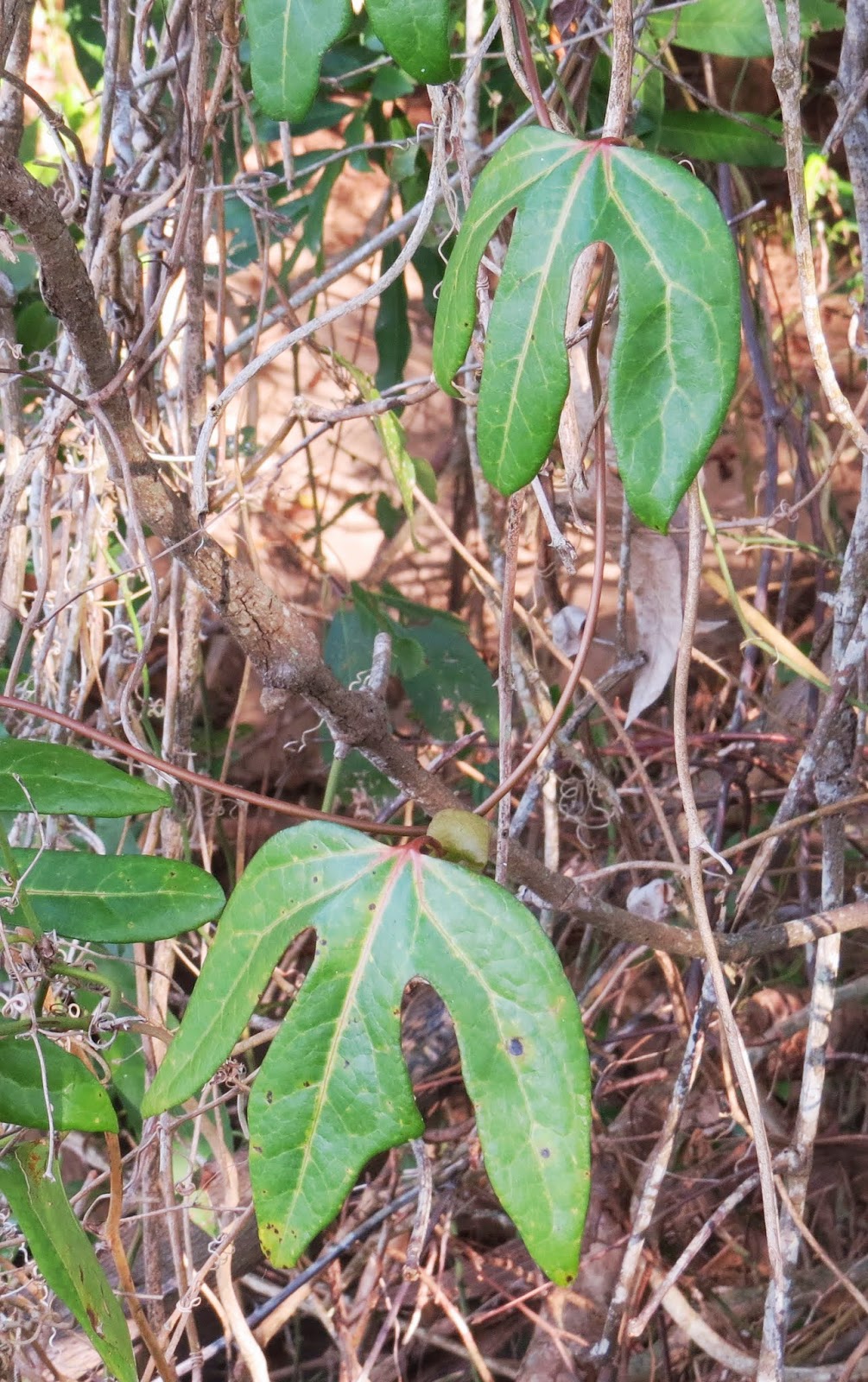 And these leaves are reminiscent of the purple passion flower native to New Jersey and points south. 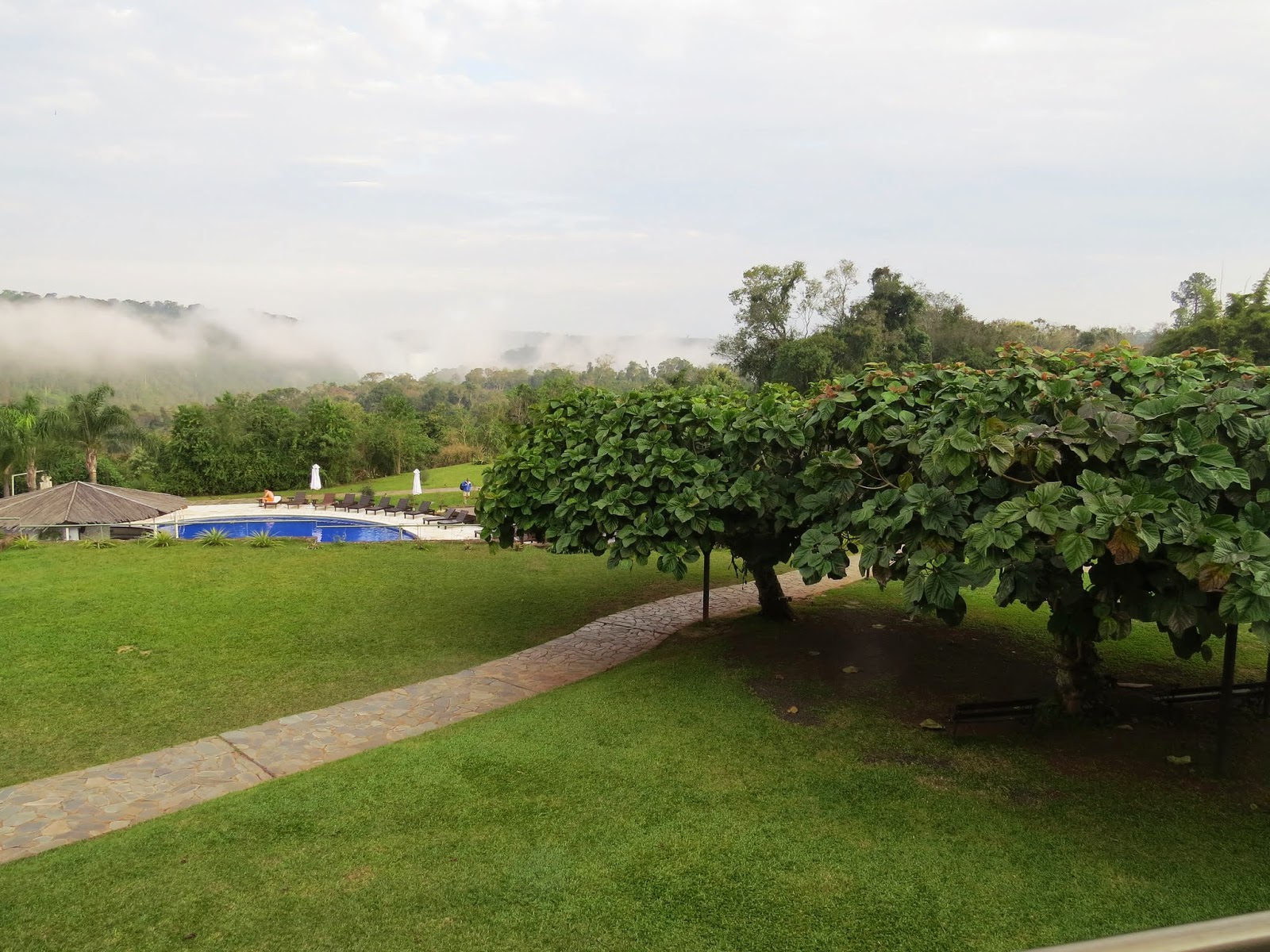 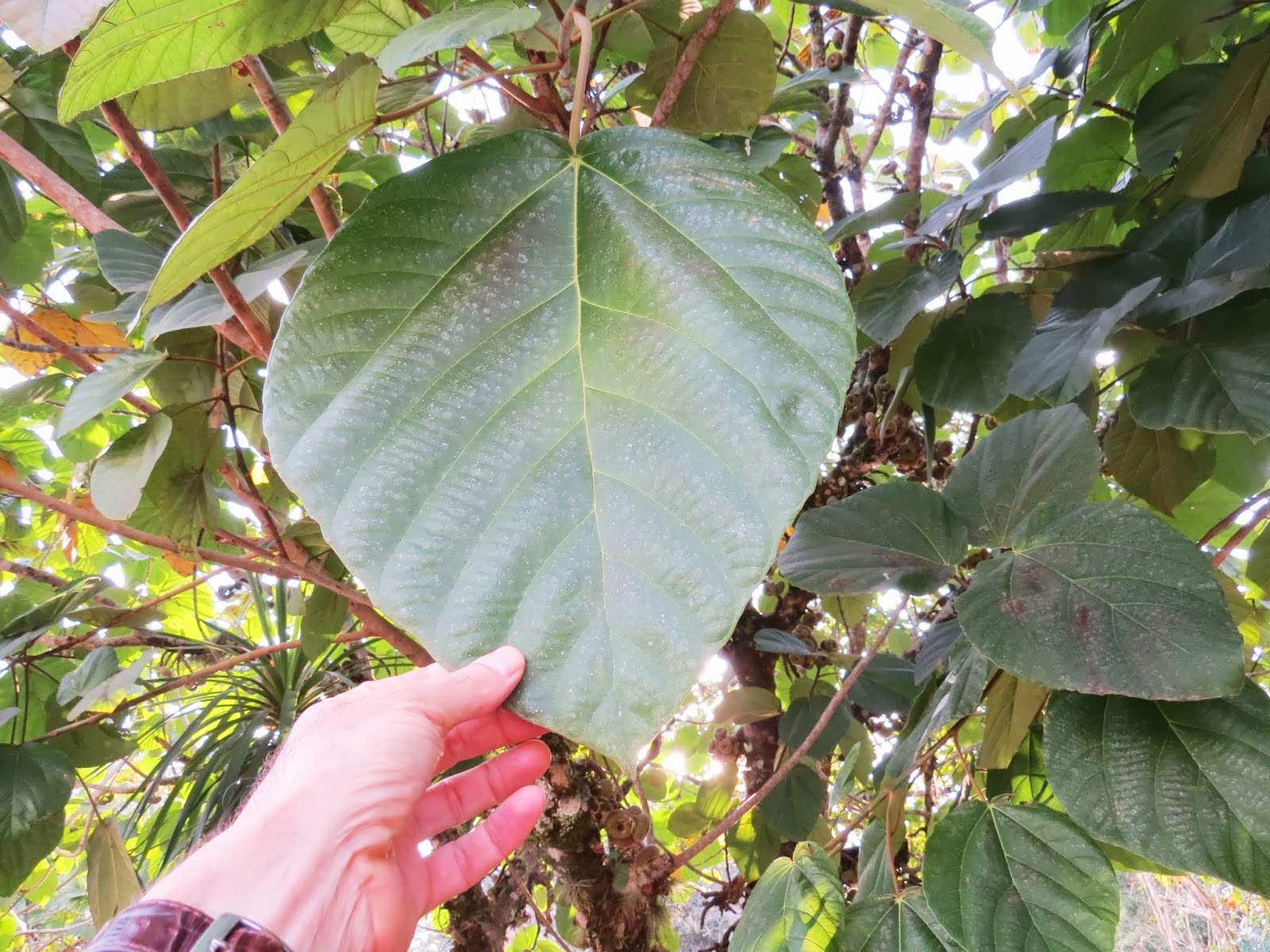 with a broad leaf, 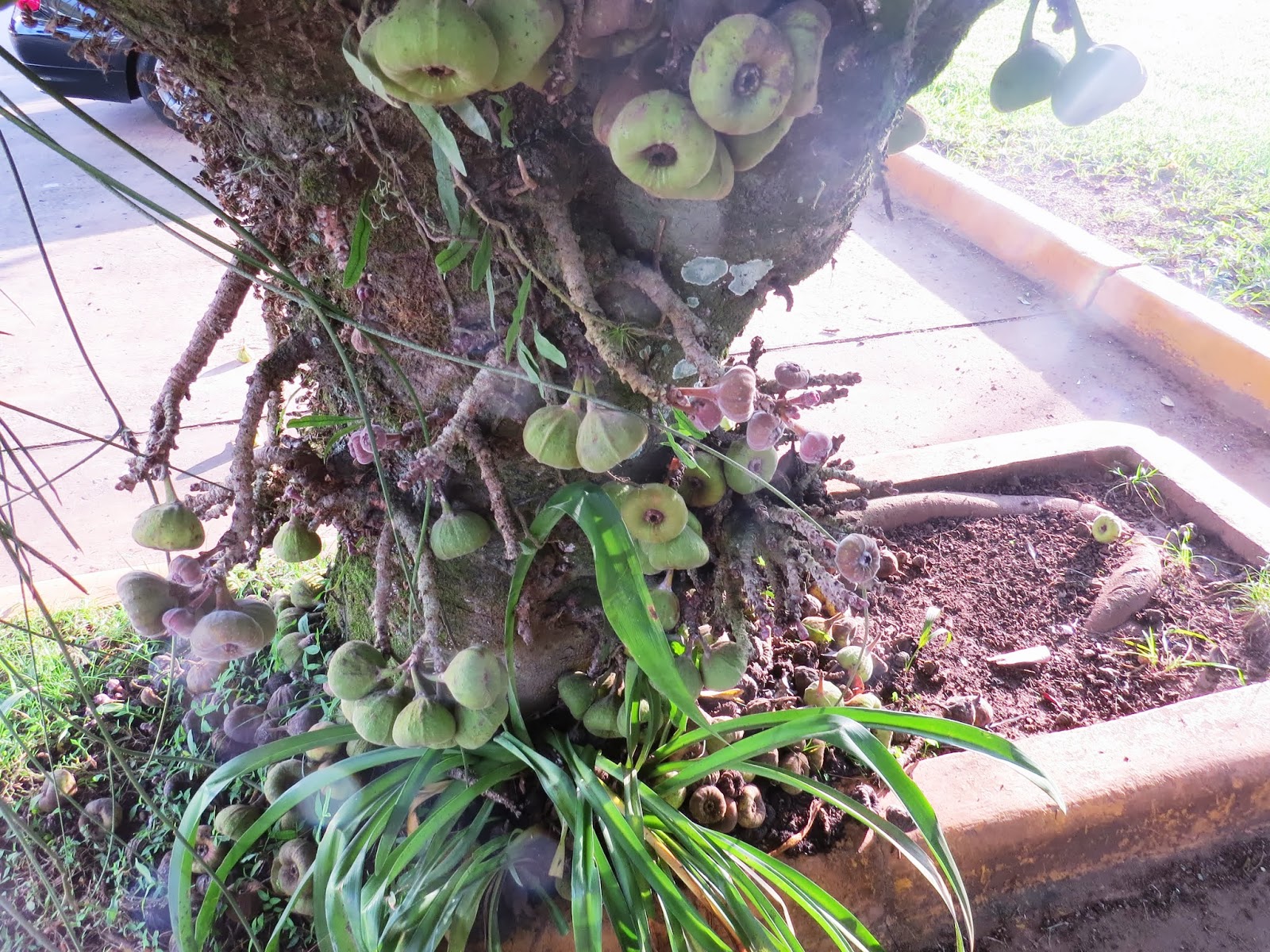 and sure enough, there are the figs, growing along the trunk, clustered on curious stubby shoots. 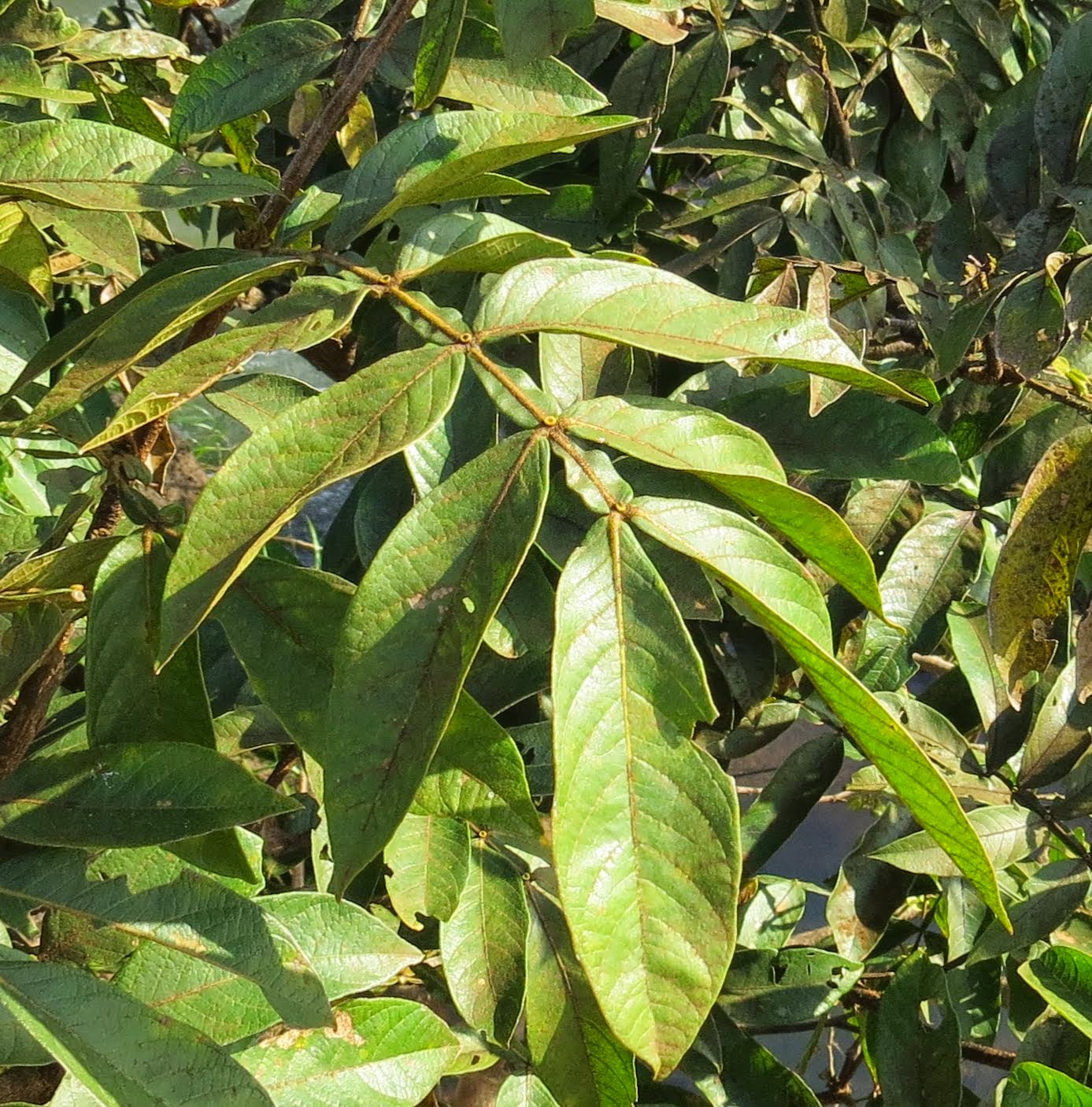 This leaf has "wings" along its midrib like the winged sumac that grows along the canal in Princeton. 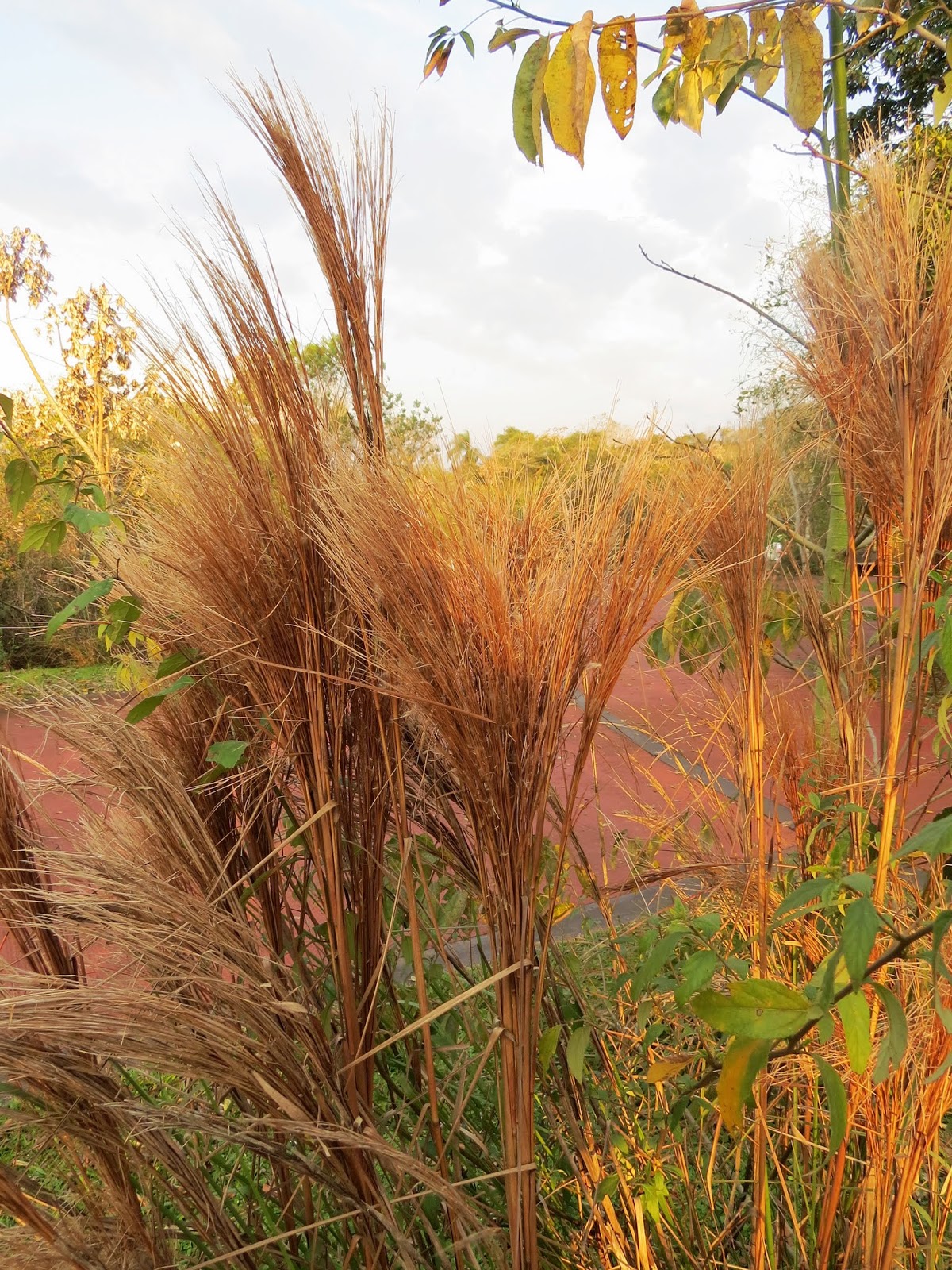 This grass does a good imitation of bushy bluestem (Andropogon glomeratus) that grows in the coastal plain along the eastern U.S.. Princeton's meadows and annually mowed right of ways have little bluestem, broomsedge, and just a few spots with big bluestem--all closely related. 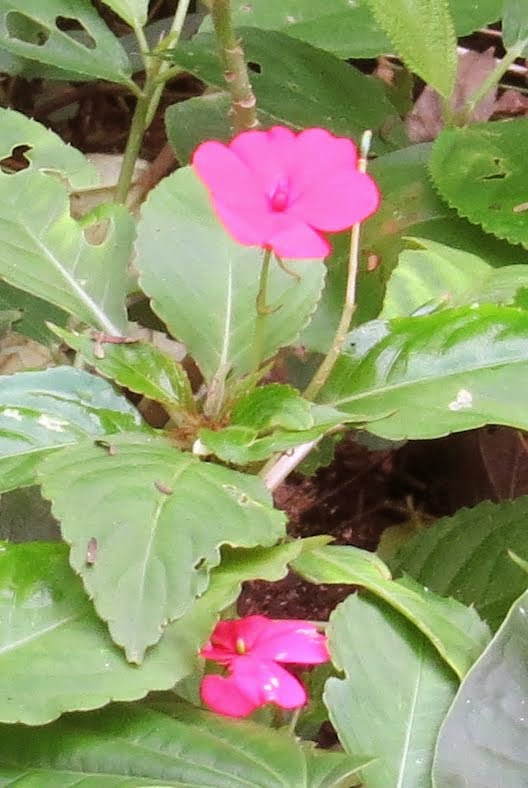 And this Impatiens growing along the slopes of the gorge, seen also along a stream in Venezuela and in Puerto Rico, occupies a similar wet habitat to our native jewelweed (Impatiens capensis), and has similarly spring-loaded seedpods that explode when you touch them. 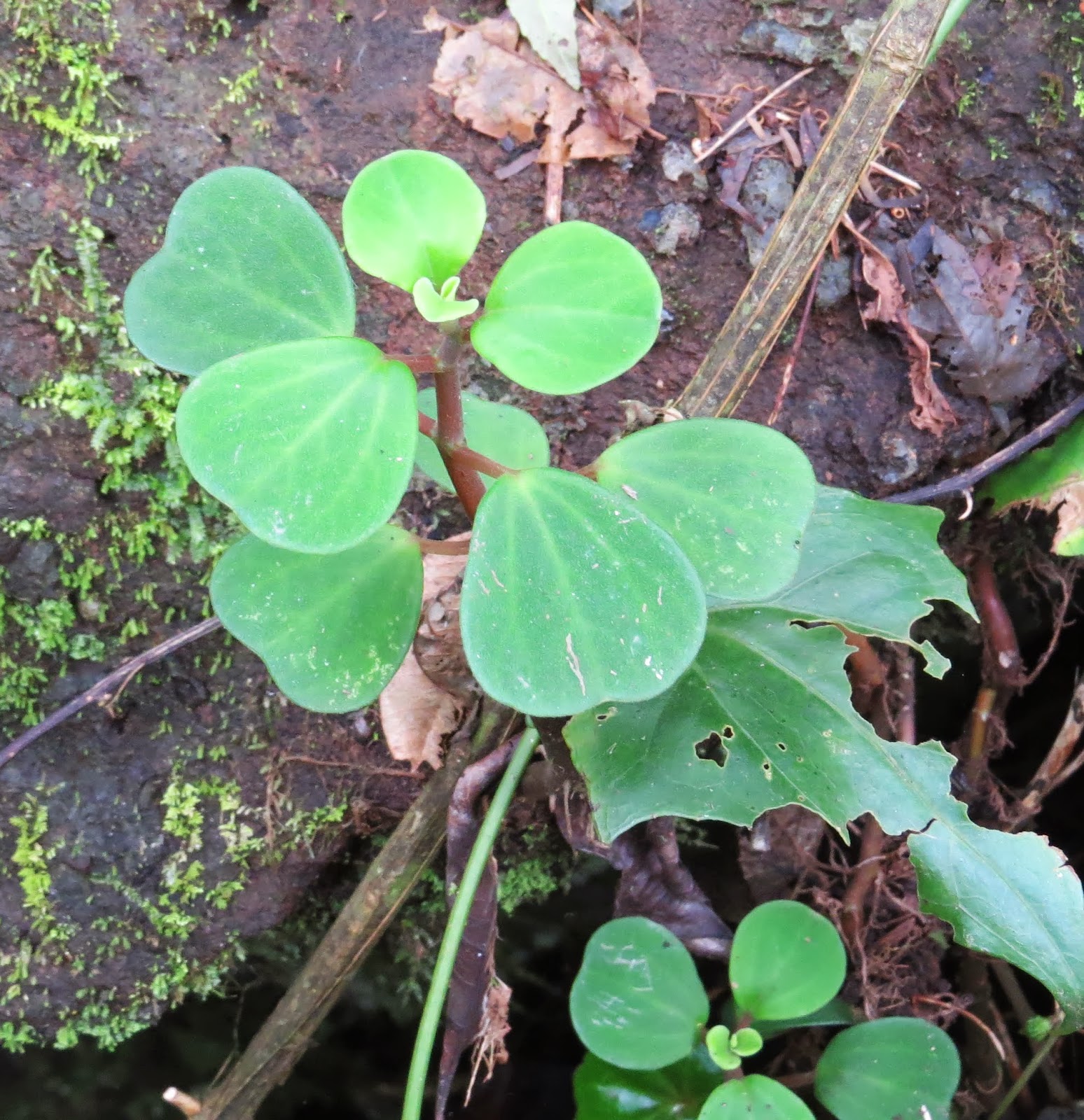 This succulent plant looks like a variation of the purslane that springs up in our gardens. 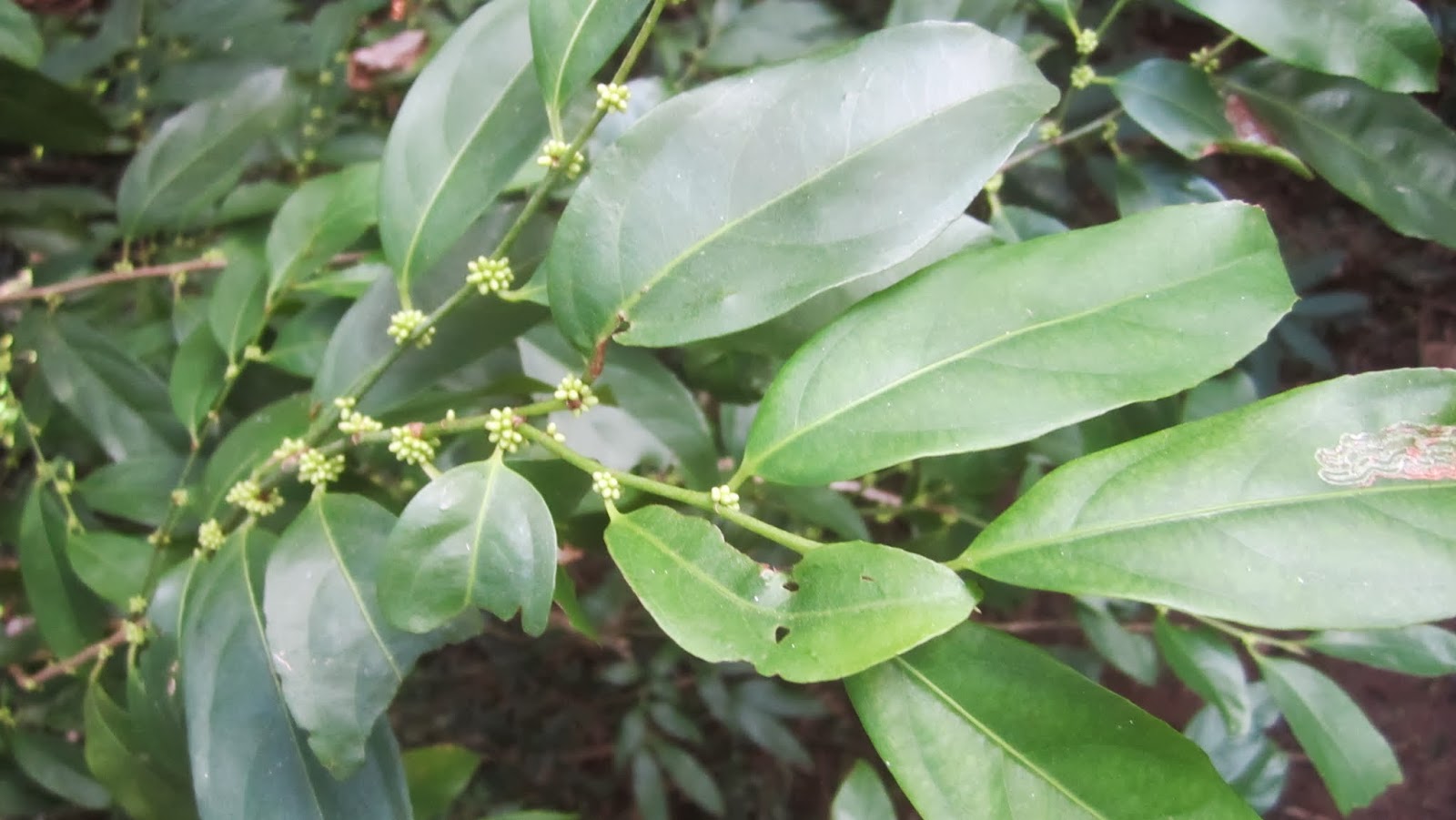 Our winterberry holly has similar clusters of tiny flowers along the stem, 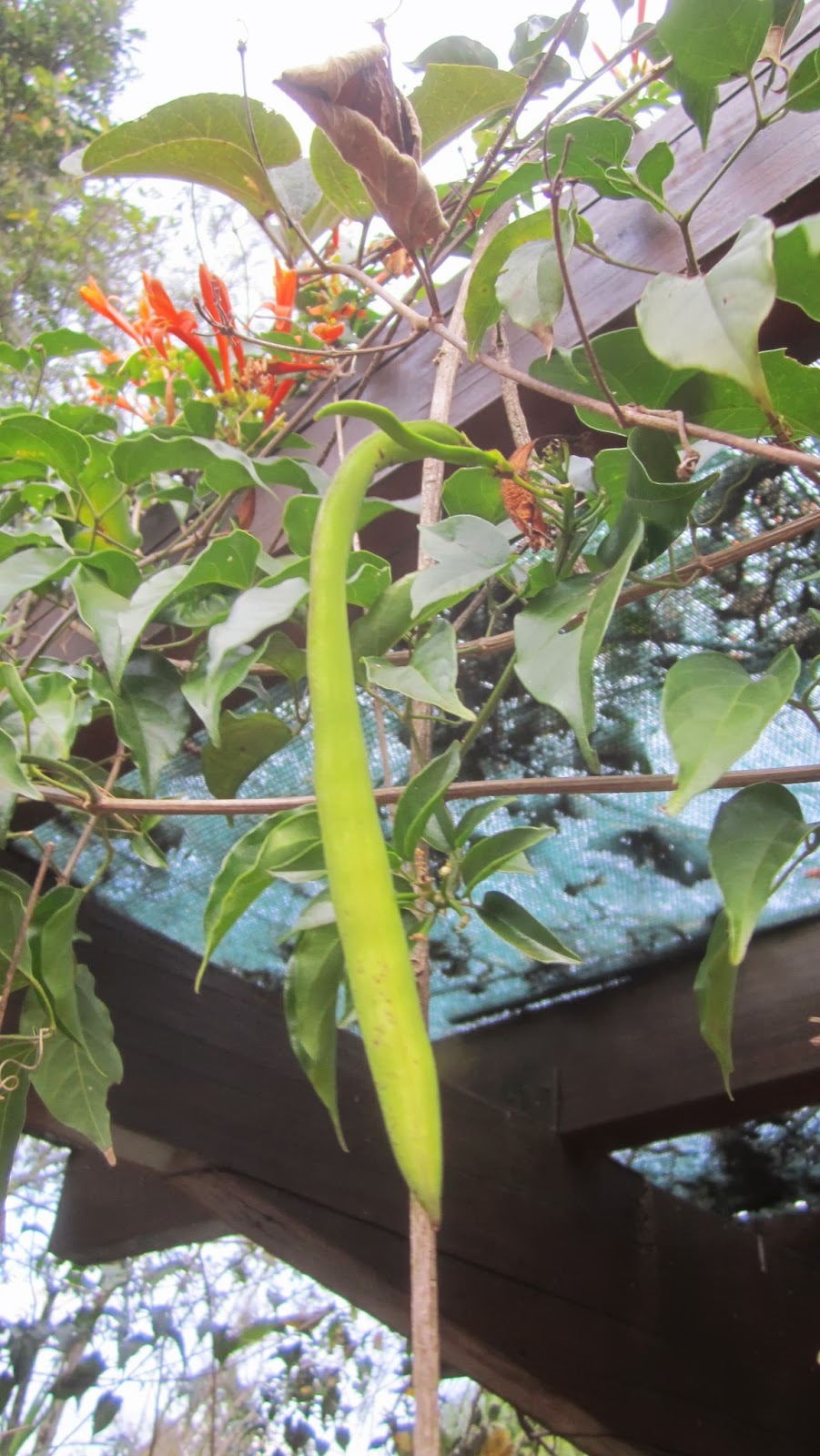 and this vine with orange tubular flowers and long pods is reminiscent of our trumpet vine. 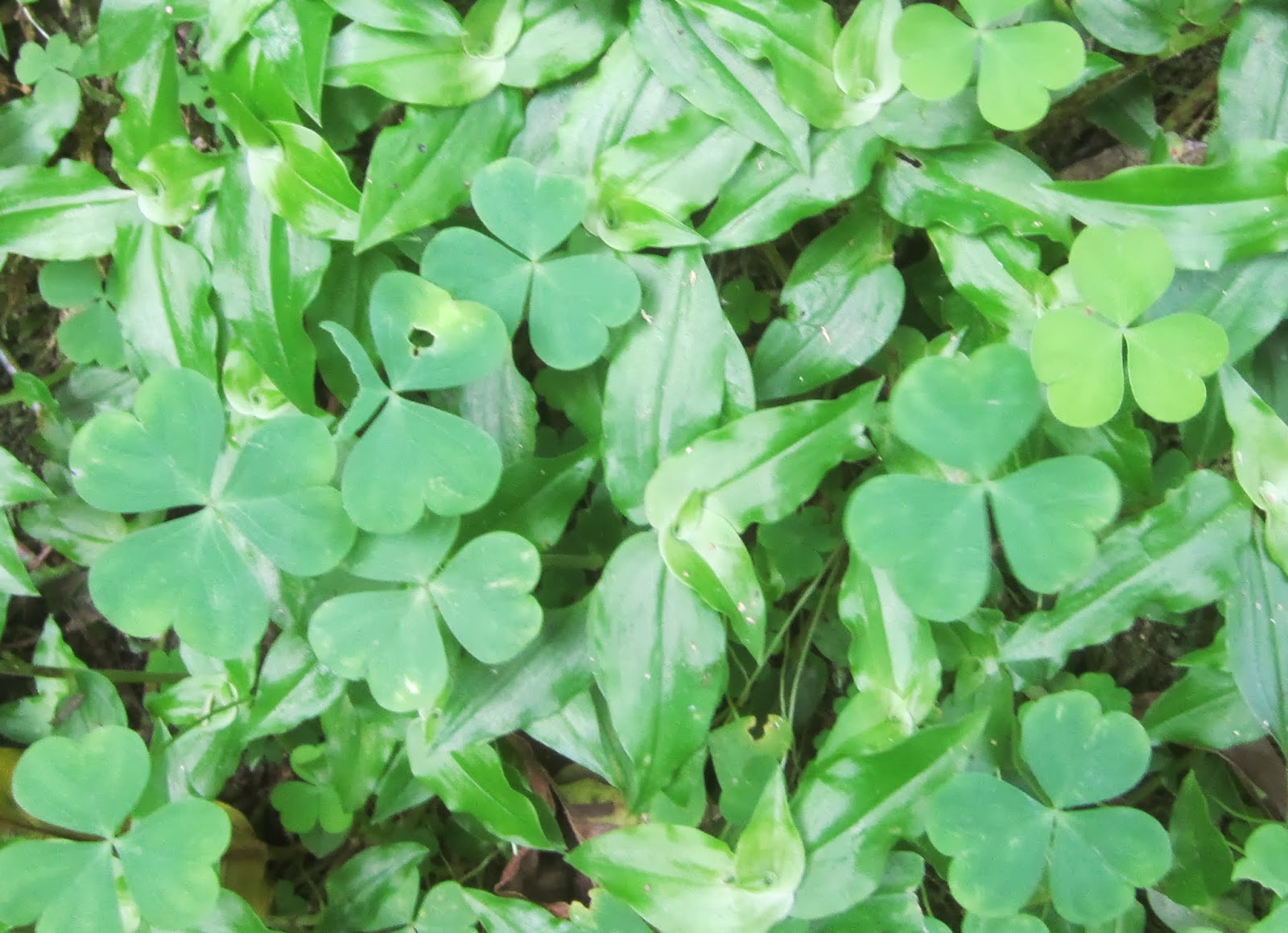 The familiar leaf of some version of wood sorrel grows on the moist rocks. 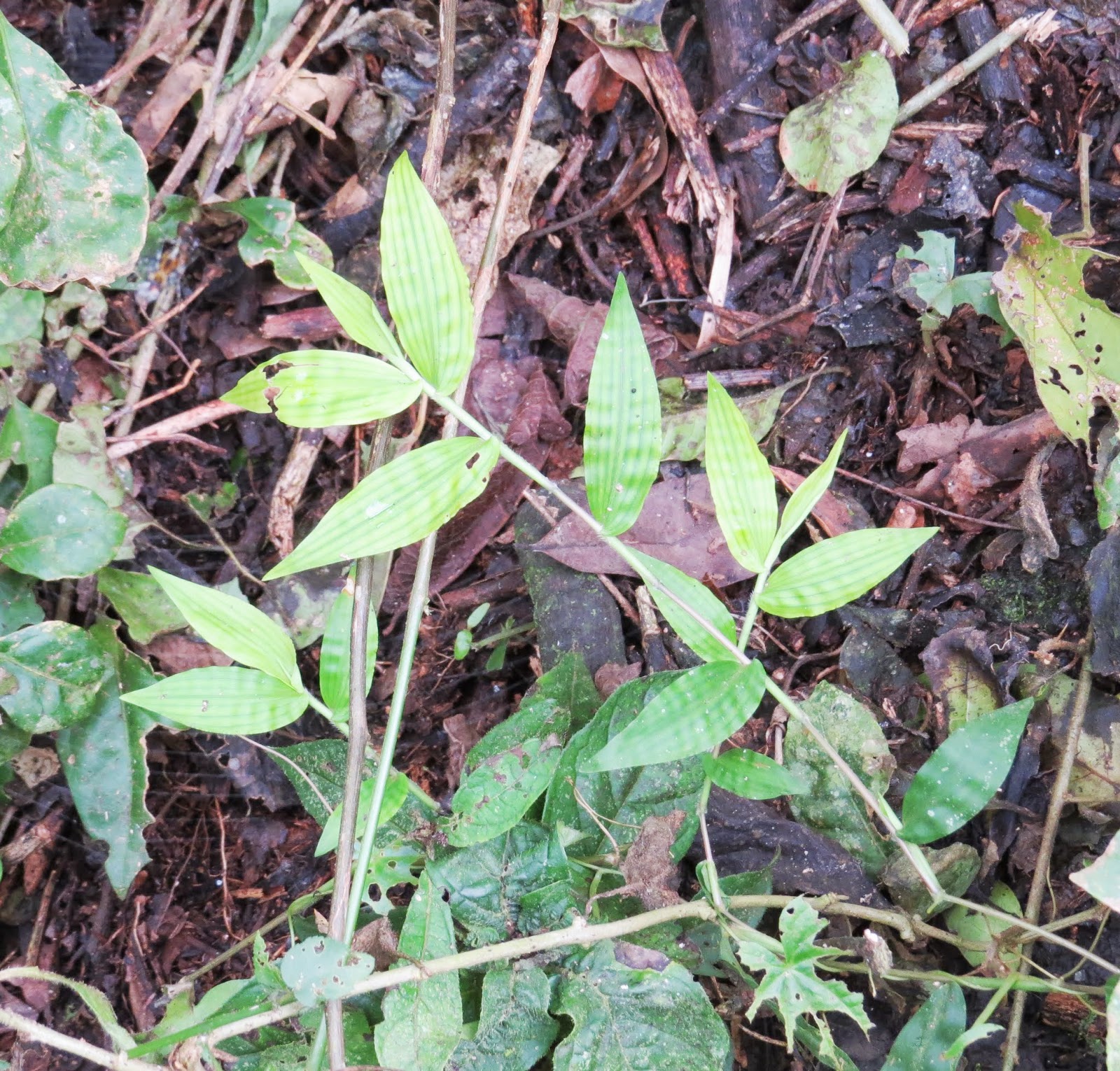 I thought at first this stiltgrass-like plant might be the dreaded eurasian wavyleaf basket grass (can you say Oplismenus hirtellus ssp. undulatifolius?) that has been invading the woodlands of Maryland and being fought against in an effort to prevent its spread up and down the coast. But a little research suggests it was one of the two native subspecies of basket grass whose range extends from the southeastern U.S. down to Argentina. 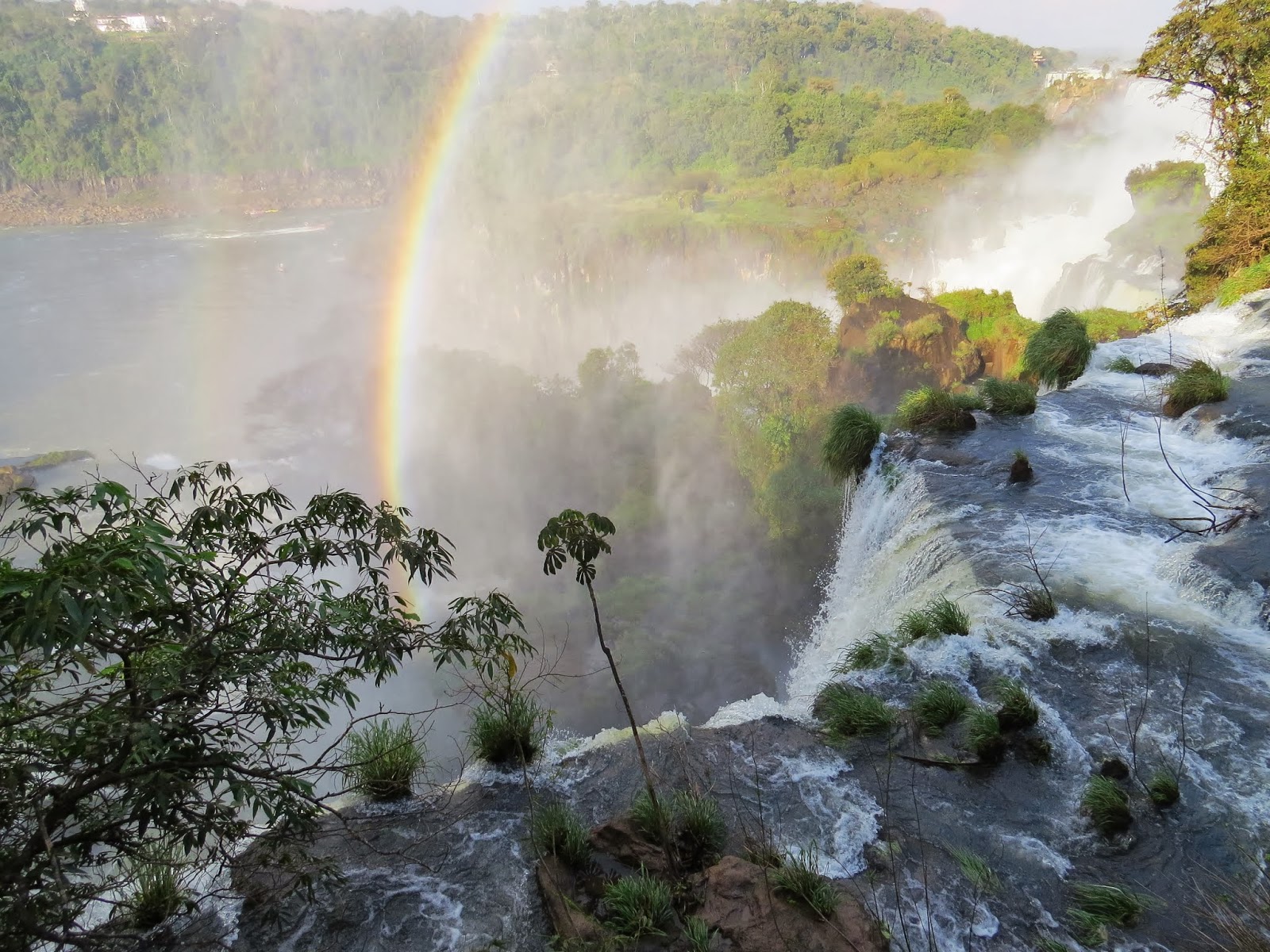 At this point, I was reminded by a teenage daughter that there were sights to be seen, where mist and sunlight meet to make standing rainbows, and that Dad was falling behind once again. But I liked the idea of an arc of kinship connecting the known to the otherworldly.