Search for Monarchs--Nature Walk This Sunday 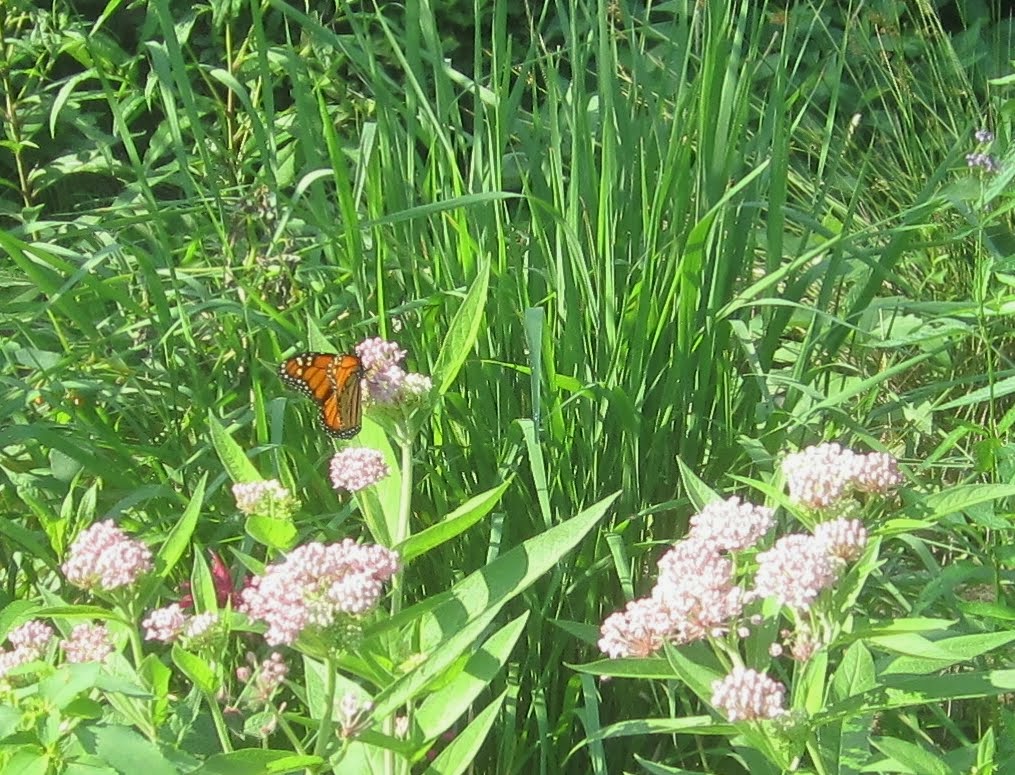 This Sunday at 10am, I'll lead a walk along the DR Canal towpath, beginning at Washington Rd. and walking towards South Harrison Street. Native wildflowers are at their late summer peak along the nature trail loop near Harrison St.--one of the perks of finding yourself in Princeton in late August. If time allows, we'll head up to the university stream restoration, which is packed with cardinal flowers right now.

You can park on the West Windsor (south) side of the canal, in the lot next to the canal on Washington Rd.

Meanwhile, jog your memory. Has anyone seen monarchs this summer? I saw this one in my backyard in early July. Saw another a couple days ago at Mountain Lakes Preserve, in the meadow we planted years back with summer wildflowers. A neighbor says she saw a few. That's it.

There is reason to be worried. All the information I could find online suggests that monarchs are not recovering their numbers during their multi-generational migration north this summer. Winter numbers in the mountains outside Mexico City were down 60% from two years prior. Last year, drought and changing farm practices made for a hard summer. This year, cool temperatures have slowed migration northward. An early August post in Michigan reported low numbers. An in-depth analysis by MonarchWatch is not promising. This link gives a good sense of where the monarchs are. This link offers more up to date news, and a way to report sightings.

The western population of monarchs, which overwinters not in Mexico but along the California coast, isn't doing any better. A Scientific American post states that the western U.S. population has "shrunk from over a million individuals counted at 101 sites in 1997 to less than 60,000 at just 74 sites in 2009."

Click here for past PrincetonNatureNote posts on monarchs, or type the word monarch into the search box at the top of this webpage.