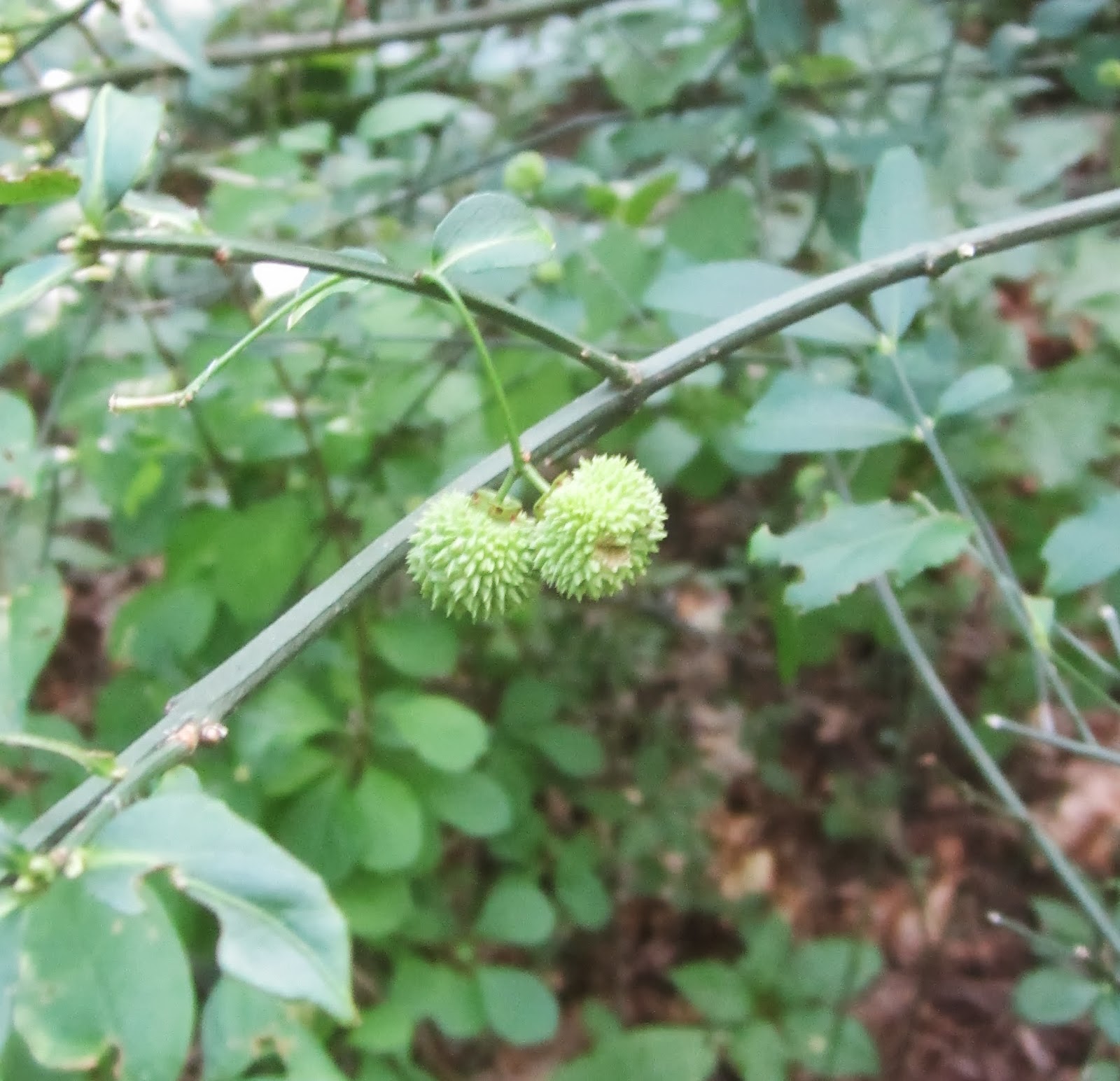 One of the finer native shrubs you'll almost never see in the wilds of Princeton is Strawberry Bush, also known as Hearts-a-Bustin', or Euonymus americanus. Perhaps without a ten foot square colony persisting in Herrontown Woods, you wouldn't see them at all. These green capsules don't look like much, but later in the fall they'll turn dark red and burst open, revealing bright orange seeds. That's the ornamental part. The shrub's undoing has been its position high on the list of deer's preferred foods. This one patch survives, badly chewed but with enough leaves to sustain growth and a few flowers, partly because some of the stems have grown high enough to escape the deer's browsing.

Spicebush, another shrub that survived intense browsing pressure only by having a single stem high enough to escape the deer, has made a dramatic recovery in Princeton's woods since deer numbers came down. But deer much prefer the taste of Hearts-a-bustin' to spicebush, and so the native euonymus still gets hit hard even as deer numbers have dropped and other forest understory vegetation has recovered.

I had encountered this rare patch a couple years ago, but hadn't been able to find it again. Only when a few of us recently began clearing trails at Herrontown Wood, which involved cutting down hundreds of the highly invasive Winged Euonymus (also called burning bush, or Euonymus alatus) did I come across it again. It's an excellent example of how an exotic species (winged Euonymus) that is inedible to deer can dominate whole hillsides, while the heavily browsed native euonymus shrub becomes vanishingly rare.

With some careful propagation, along with continued investment by Princeton in keeping the deer population in balance, this shrub could once again populate our woodlands and gardens.
Posted by Steve Hiltner at Monday, August 26, 2013