A Mysterious Hitchhiker From Argentina 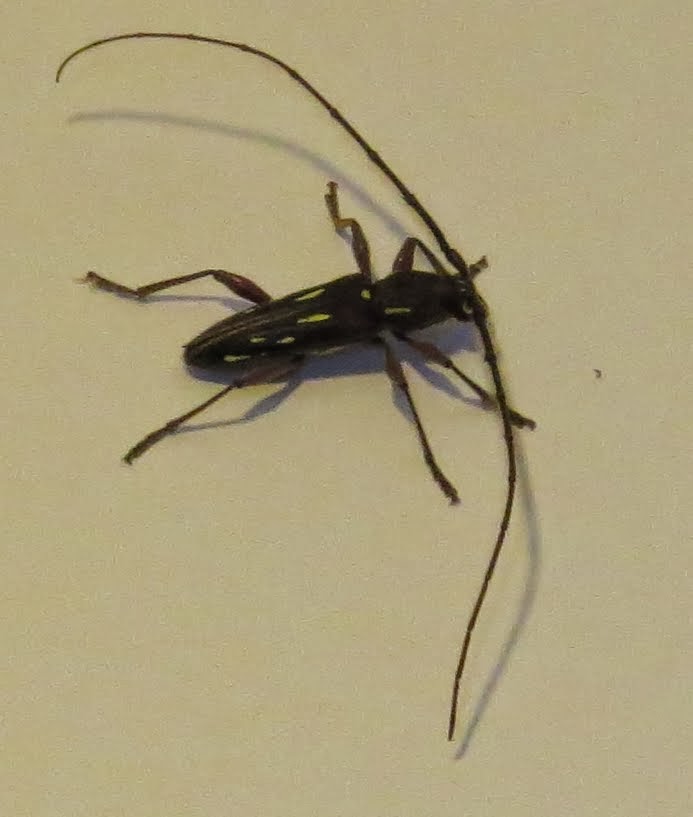 Back in early September, walking down a hallway in our house, I happened to look up and saw a strange insect on the wall near the ceiling. My impulse is not to squash such things but to take a closer look. It had very long antennae and white spots on a black body. Preoccupied, I took a photo and thought nothing more of it. 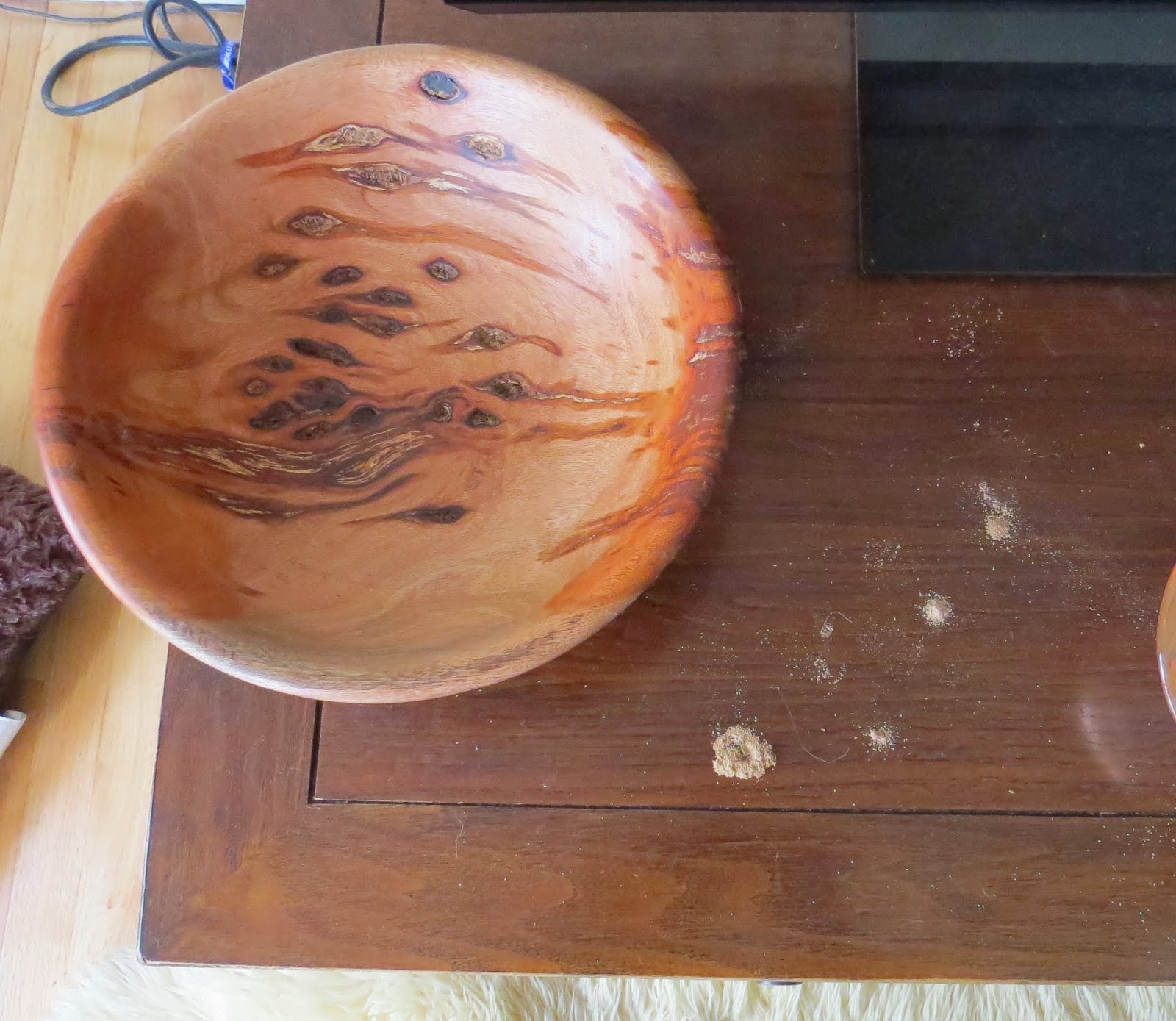 A month or so later, I happened to move a wooden bowl on the wooden table that holds the TV. Beneath the bowl were miniature piles of sawdust, and two small holes where something had started to bore into the table. I guess we should dust more often, but who expects a miniature drilling operation to begin underneath a pretty souvenir? 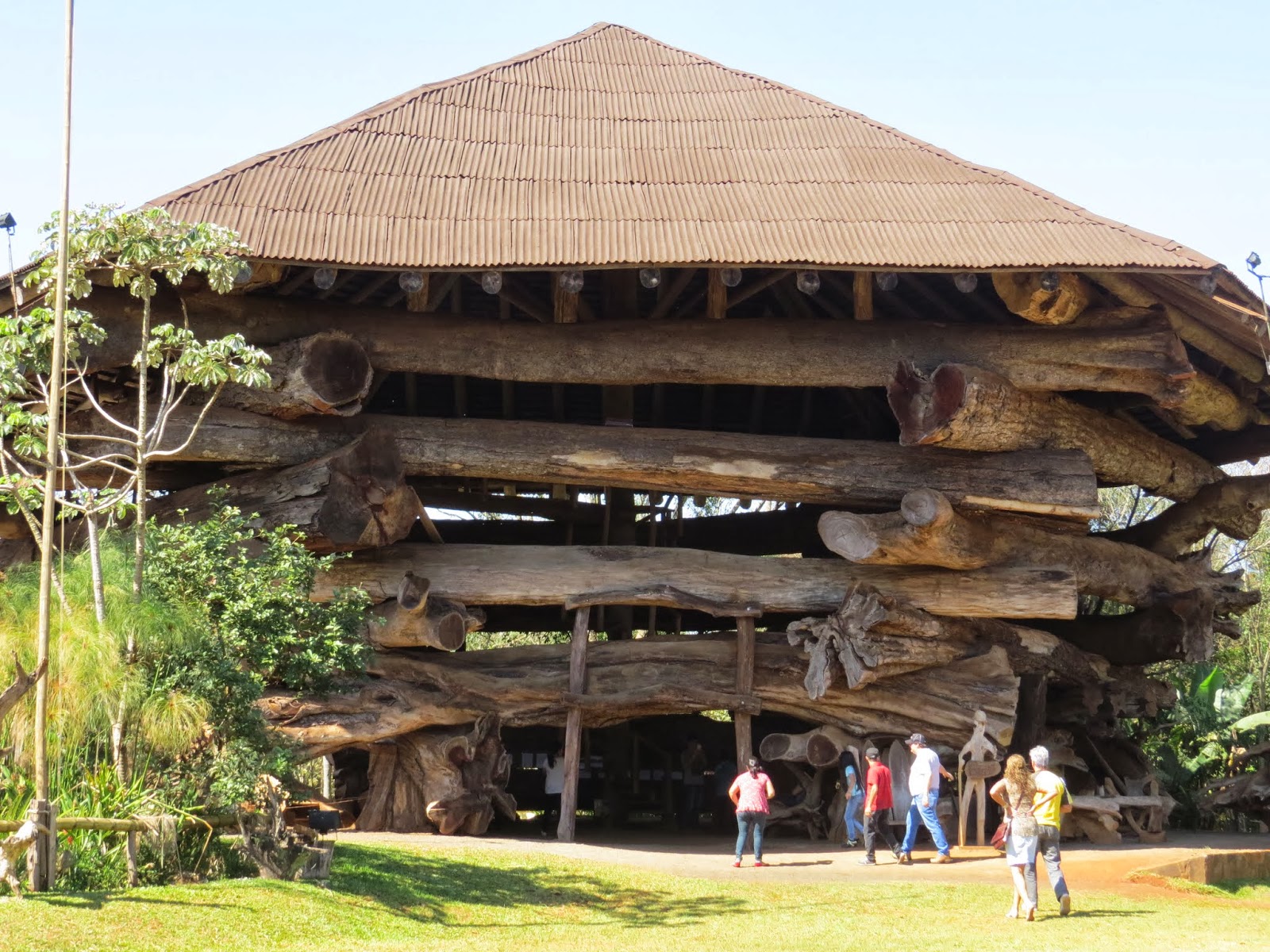 We had bought the bowl in August at a tourist spot called Aripuca, in northern Argentina near Iguazu Falls. The site has a grassy open space surrounded by remarkable buildings built of wood.

This description of the main building is from Lonely Planet:

"Designed to 'capture the conscience of man' (an aripuca is a trap used by the Guaraní to catch small animals) this interesting structure is made entirely from the timber of 29 different endangered native tree species. While this might sound contradictory, the timber is all salvaged..." 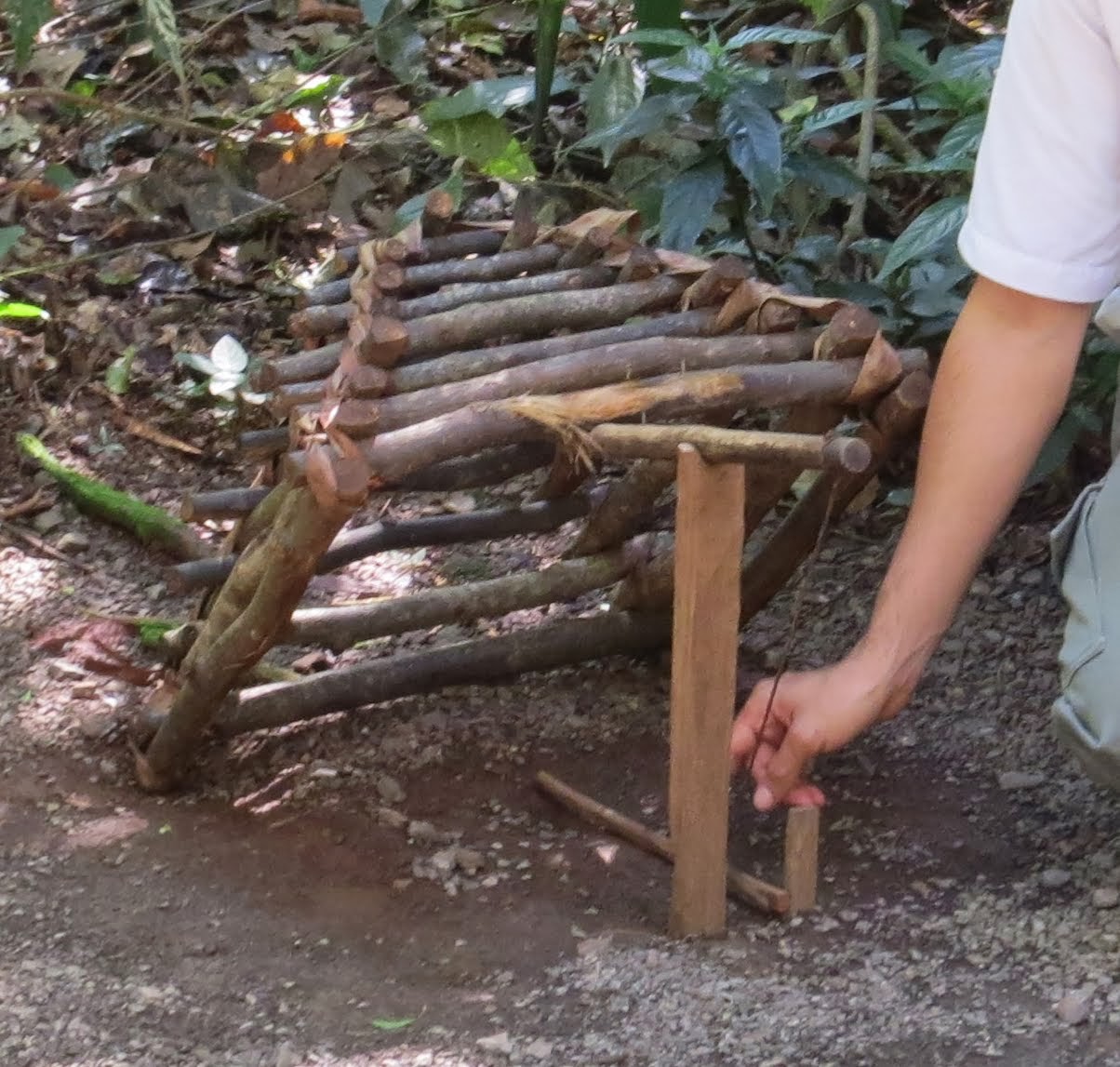 A guide at the site showed us how the trap, whose shape the building imitates, is set by Guarani indians. 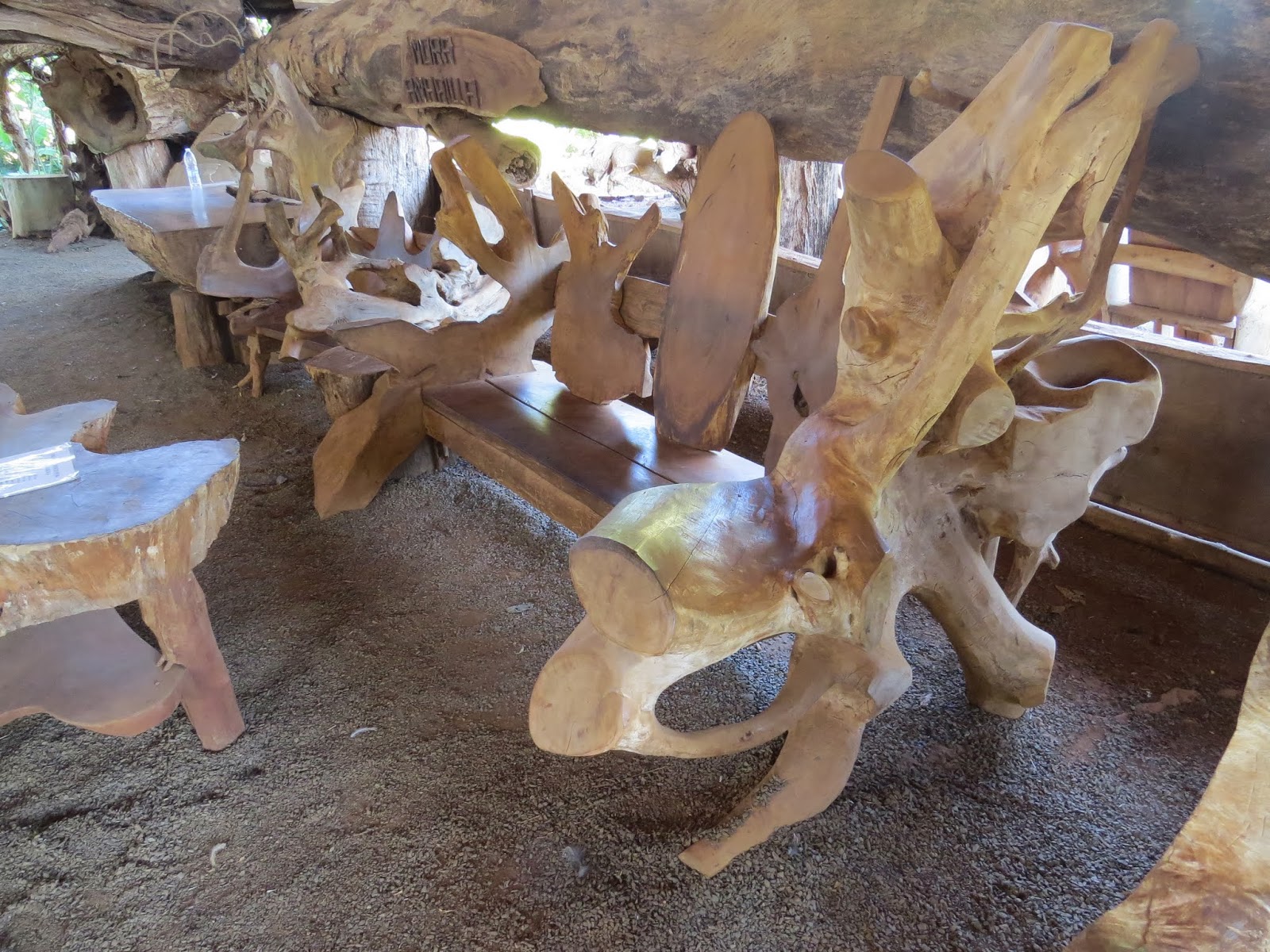 Scavenged wood from the forest is used to make all sorts of benches and tables, all of which are too big to bring home in a suitcase. 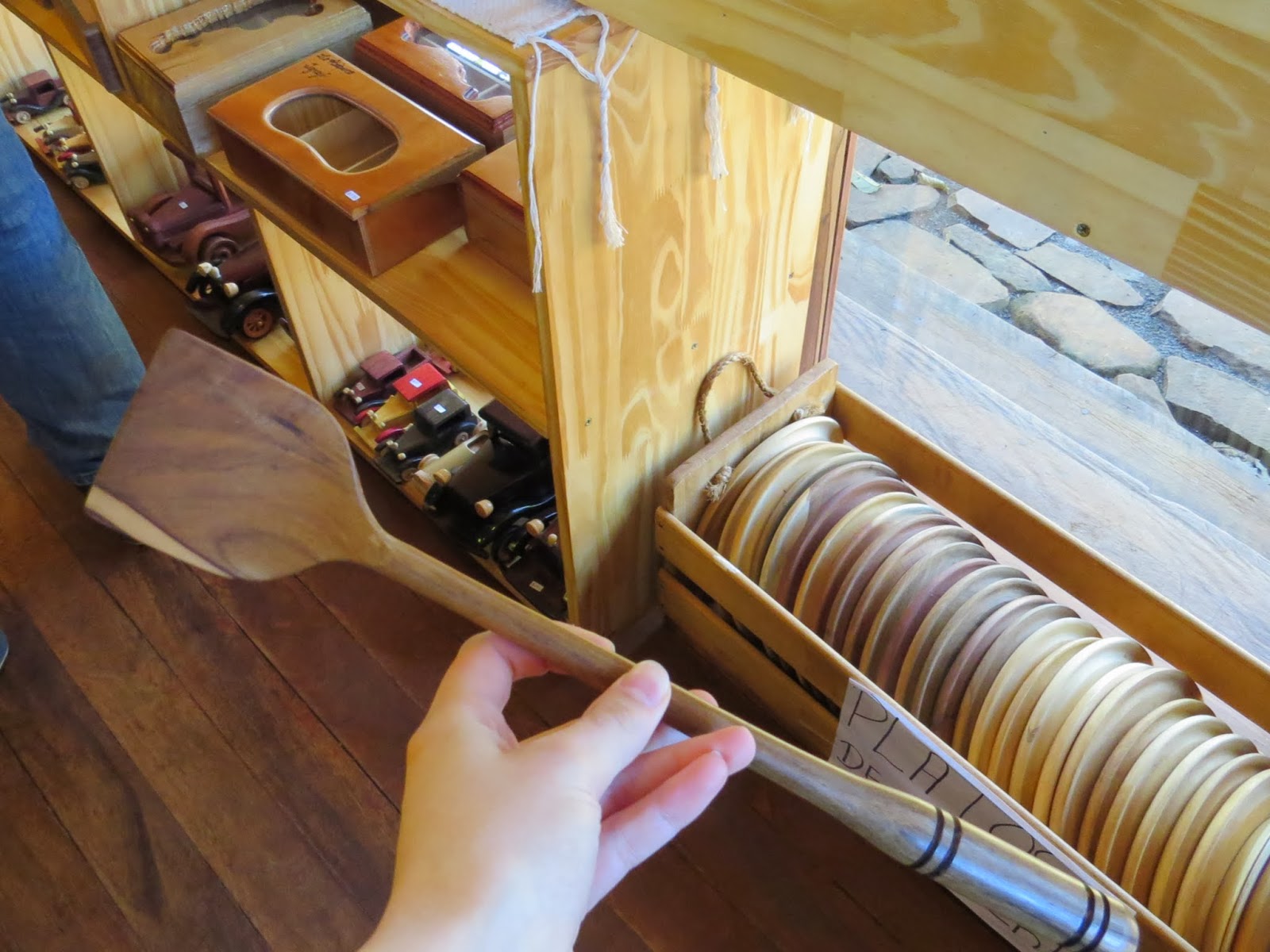 The store offered more portable objects hewn from the local wood. The Aripuca site has a strong emphasis on ecological stewardship of forests--something much needed since most of the Misiones forest has been destroyed. The famous Iguazu Falls is one of the few protected remnants. 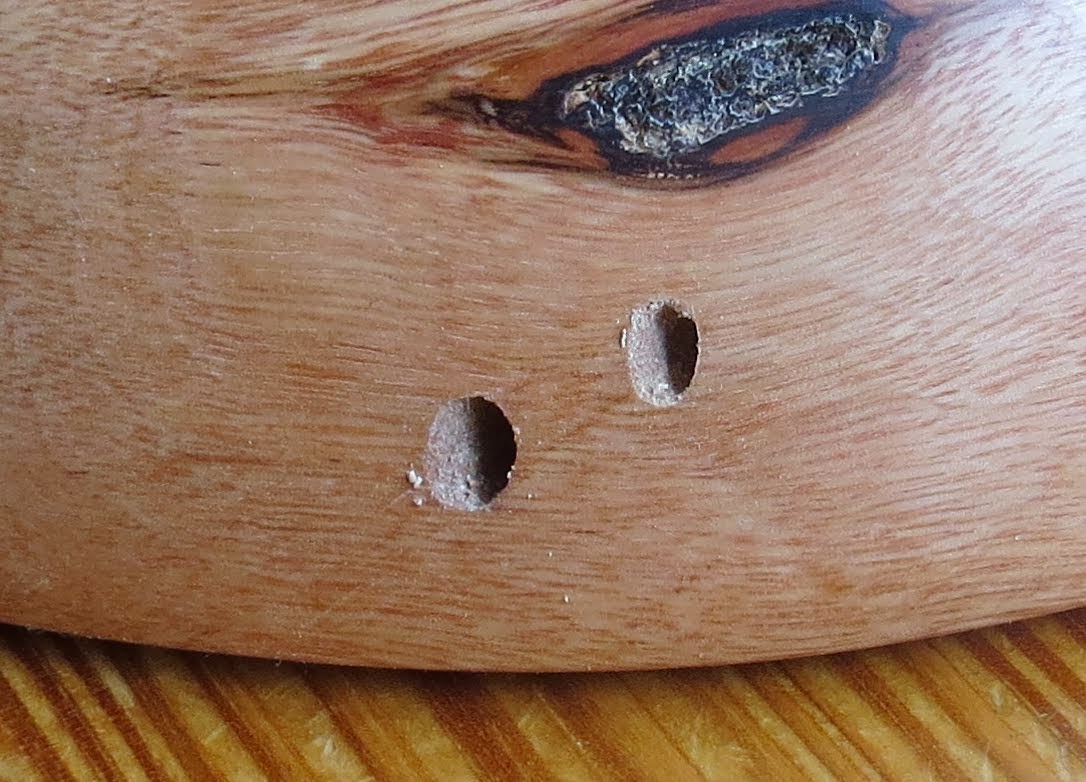 Our selection, as mentioned, was the bowl with the attractive grain and markings. A week later, we carried it obliviously through U.S. customs, not knowing it was a Trojan Horse with little hitchhikers, a few of which would gnaw their way out the following month. They emerged as adults, some in better shape than others. This inadvertent insect-smuggling can be a potential menace. Consider the Emerald Ash Borer, which has killed "tens of millions" of ash trees in the U.S. and Canada since it hitchhiked to the U.S. from Asia in wooden packing crates.

The long antennae on the beetles emerging from our bowl suggest it is, surprise, a longhorned beetle. The most notorious hitchhiker in this category is the Asian Longhorned Beetle. Nicknamed ALB, it should strike fear into even those who lack any fear of bugs. Readers may be unaware that the U.S. has been at war since the late 1990s with the ALB, which could decimate our forests if it spreads. Its favorite tree species are maples, which gives you a sense of what's at stake. The ALB, like the Emerald Ash Borer, comes from a climate similar to our own, so has been able to survive our winters.

Because ALB is slower to spread than the Emerald Ash Borer, there's been some success in eradicating it, but at considerable expense and sacrifice. All maple trees and some other species need to be removed in the vicinity of an infestation, which means many non-infested trees are destroyed to prevent spread. Current infestations are in Ohio, New York and Connecticut. Late 1990s infestations in Chicago and NJ were reportedly eradicated, though it's hard to be completely sure. The longhorned beetles sprouting in our house had markings unlike the ALBs. There were just a few of them, and coming from a tropical area, they likely wouldn't be adapted to survive a NJ winter. Still, I wondered about the sawdust marks on the firewood in the living room. 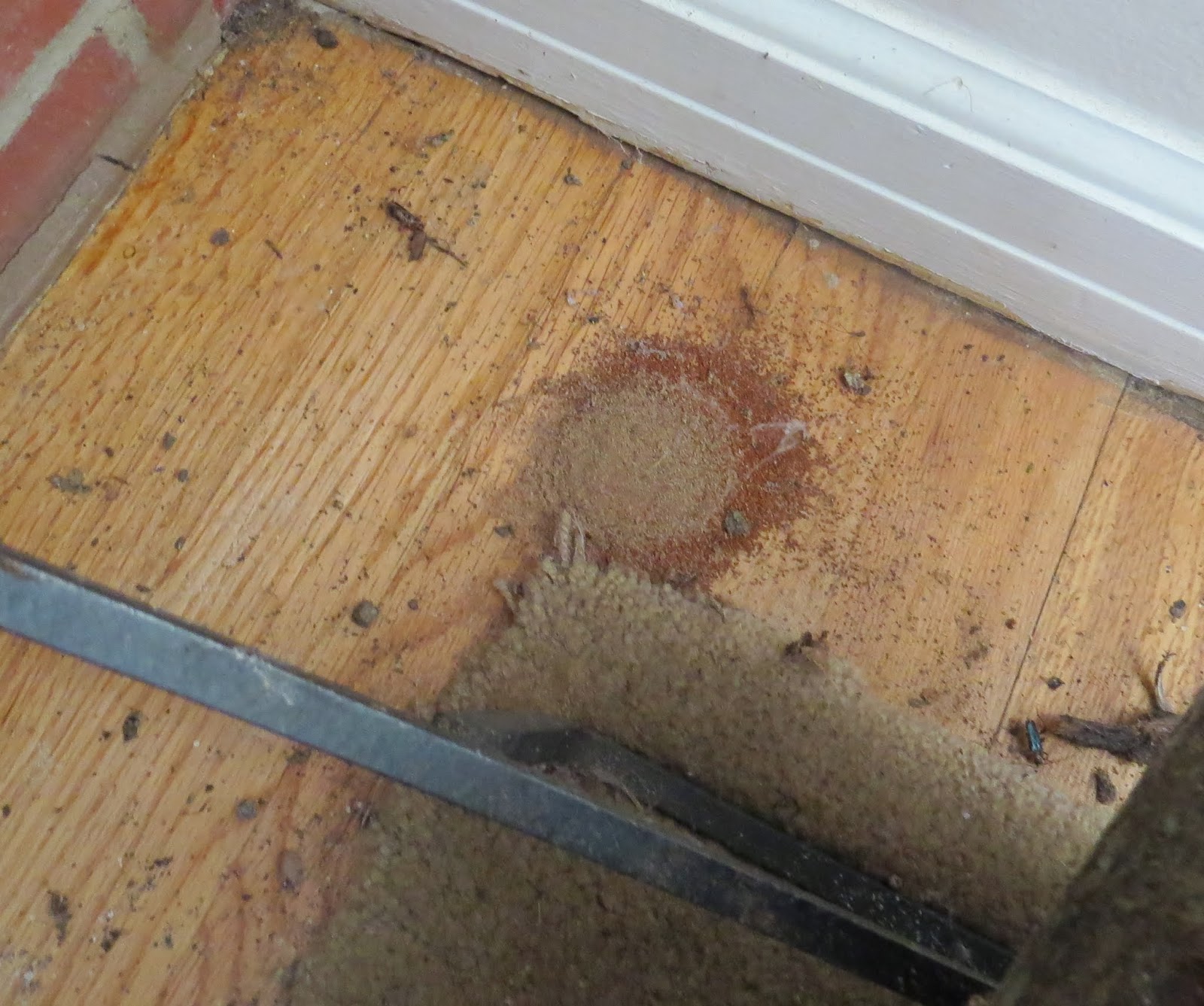 And what was this substantial pile of sawdust, made visible as I burned the last of the logs? Probably the work of native insects that hitchhiked indoors from the backyard woodpile. 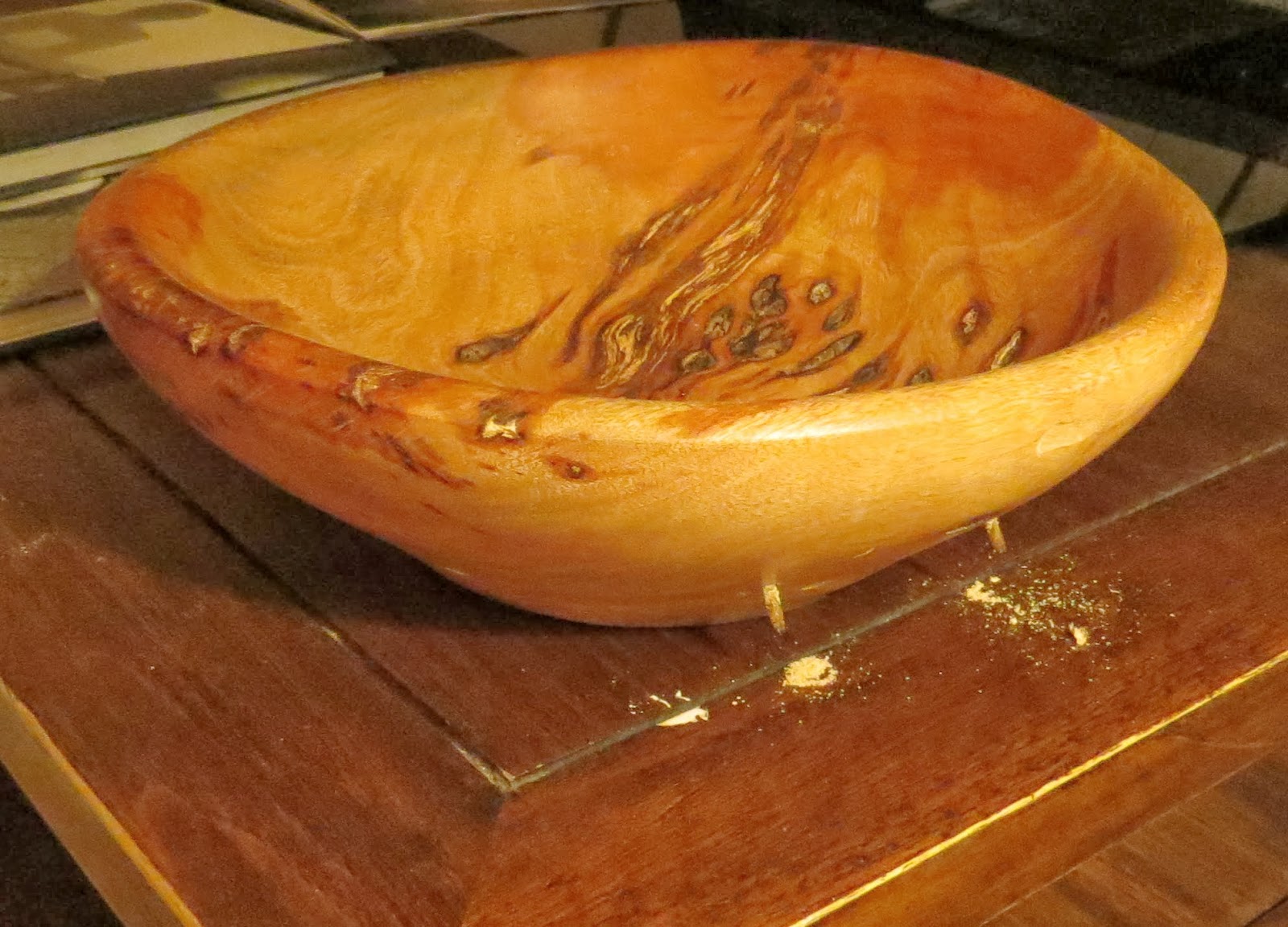 One morning in mid-December, we were greeted to the sight of two more emerging, as if the bowl was playing the role of Sigourney Weaver in Aliens. They didn't make it out, though, apparently stillborn in dry indoor conditions.

I've emailed Aripuca about the situation. A tourist from a climate similar to tropical northern Argentina could potentially spread the insects to new locales where they could escape and become established.

The biggest problem is the wooden pallets and shipping crates used in global commerce. Regulations now require fumigation of shipping crates. One has to wonder, though, what the automatic, indiscriminate budget cuts put in place by the sequester are doing to the nation's ability to adequately inspect shipments and continue to do battle with the infestations.

I'm the sort who, long aware of the threat invasives pose, will inspect my shoes before traveling out of NJ to make sure I'm not carrying seeds of Japanese stiltgrass or garlic mustard. So there's some irony in being an accidental vector for alien insects. The bowl is probably free of the beetles by this point, but we'll continue to keep an eye on it, and be more leery of bringing home interestingly marked wooden souvenirs in the future.
Posted by Steve Hiltner at Tuesday, January 21, 2014