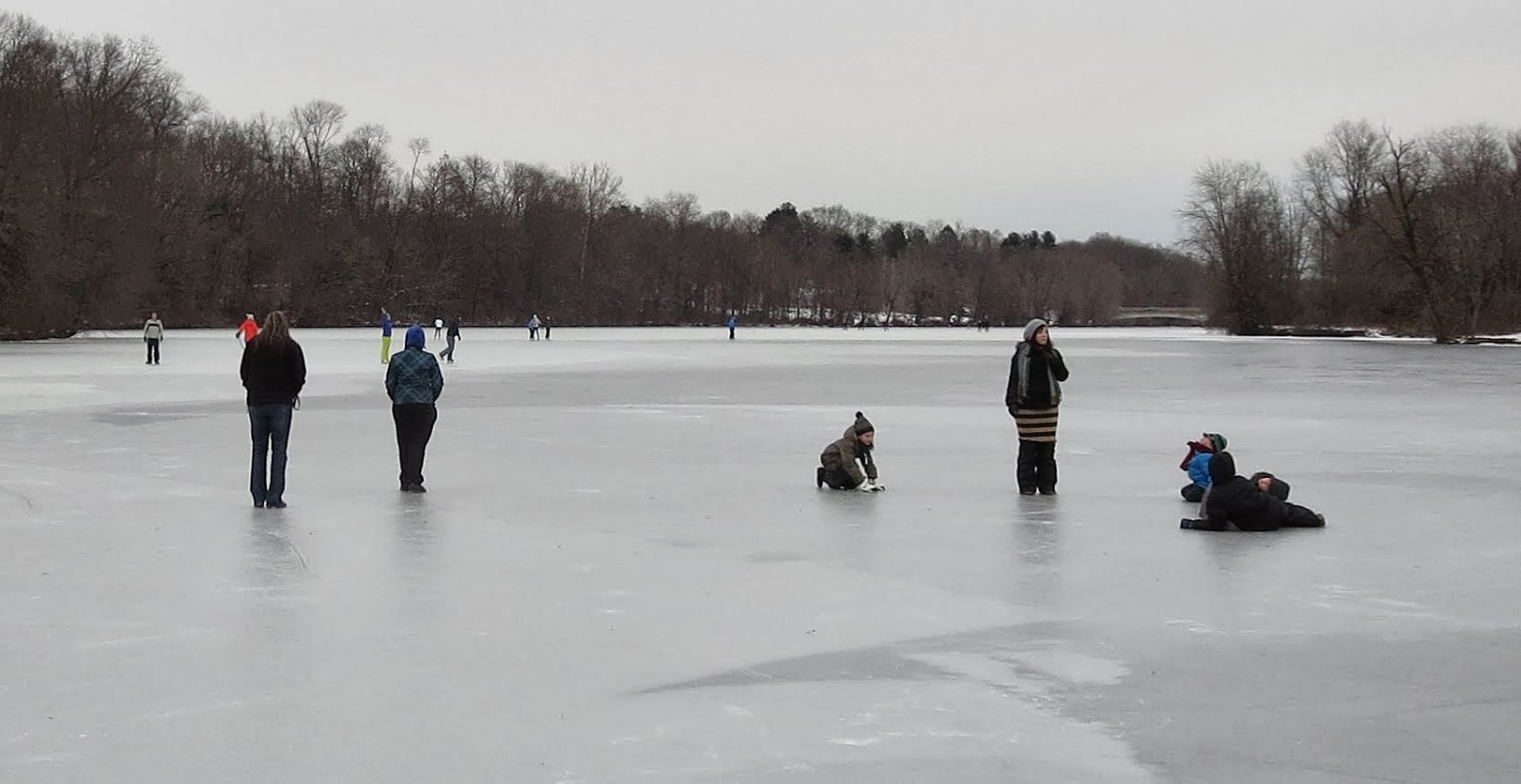 Today, at last, the magic thickness of 5 inches was reached, and town rec officials gave the go-ahead for skating on Carnegie Lake. Perhaps owing to the five year lull since Princeton's last skating day, many were caught skateless, but it didn't matter. Just to be out on the ice was exhilarating. The wind must have blown all the snow away, because the whole lake is clear. There's a bit of roughness, suggesting the wind was kicking up when the surface water froze, but not enough to take away the pleasure. 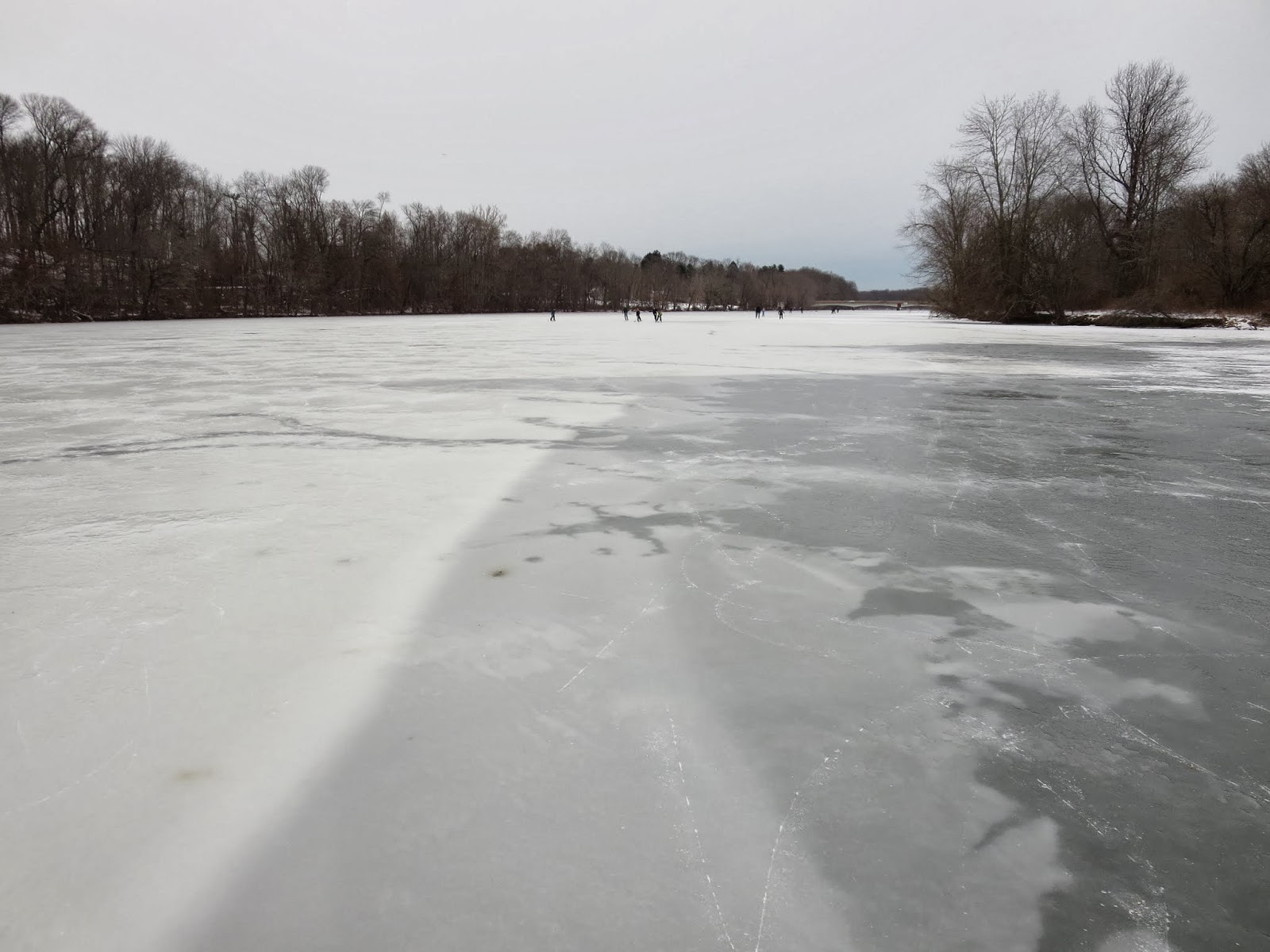 Each time the lake freezes, it offers up a new variety of enigmatic patterns. This time, it's distinctly two-tone, yet the colors appear to have nothing to do with the thickness of the ice. 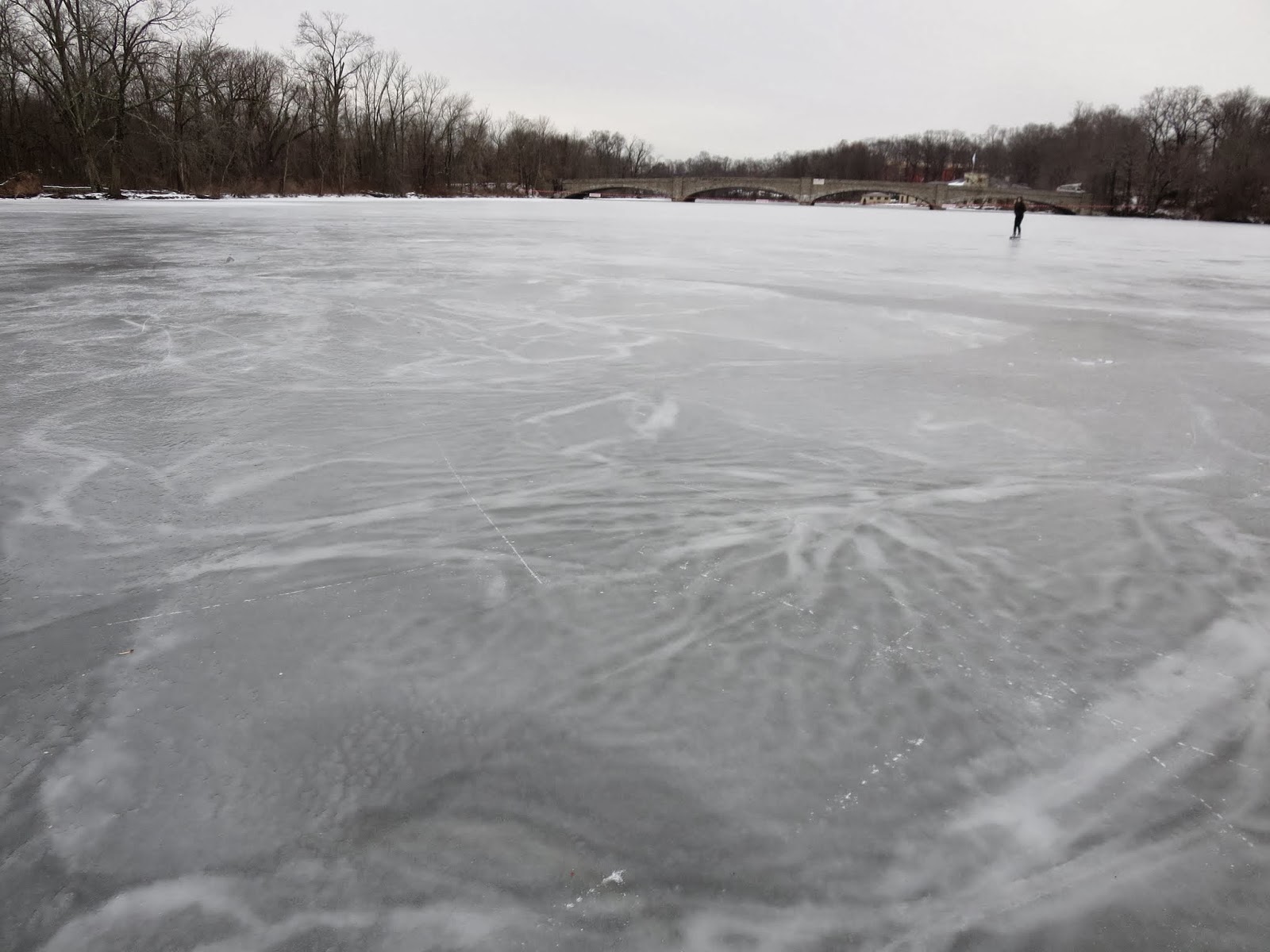 Hard to say why the ice froze so squizzly, 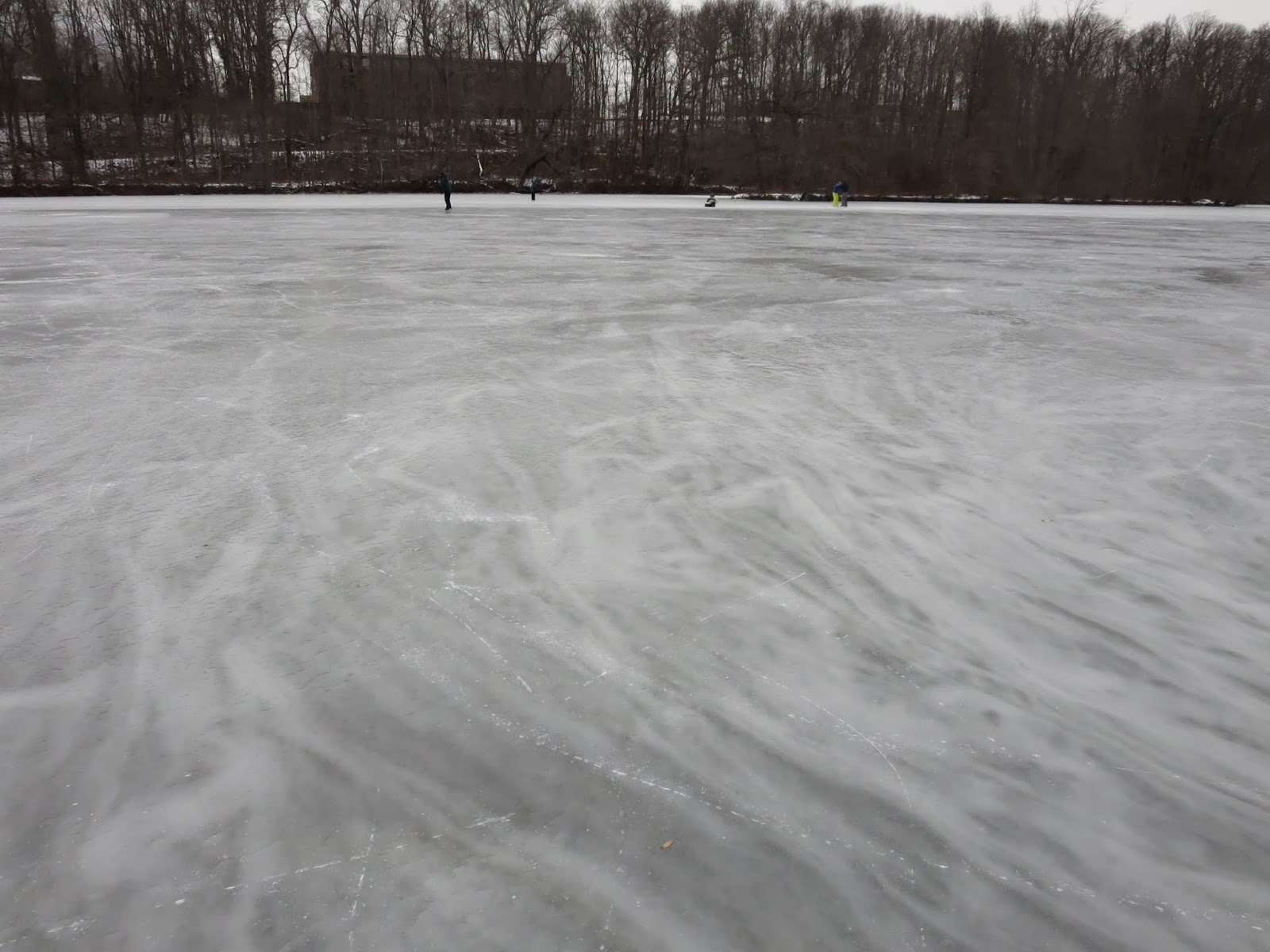 or in streamers of white. 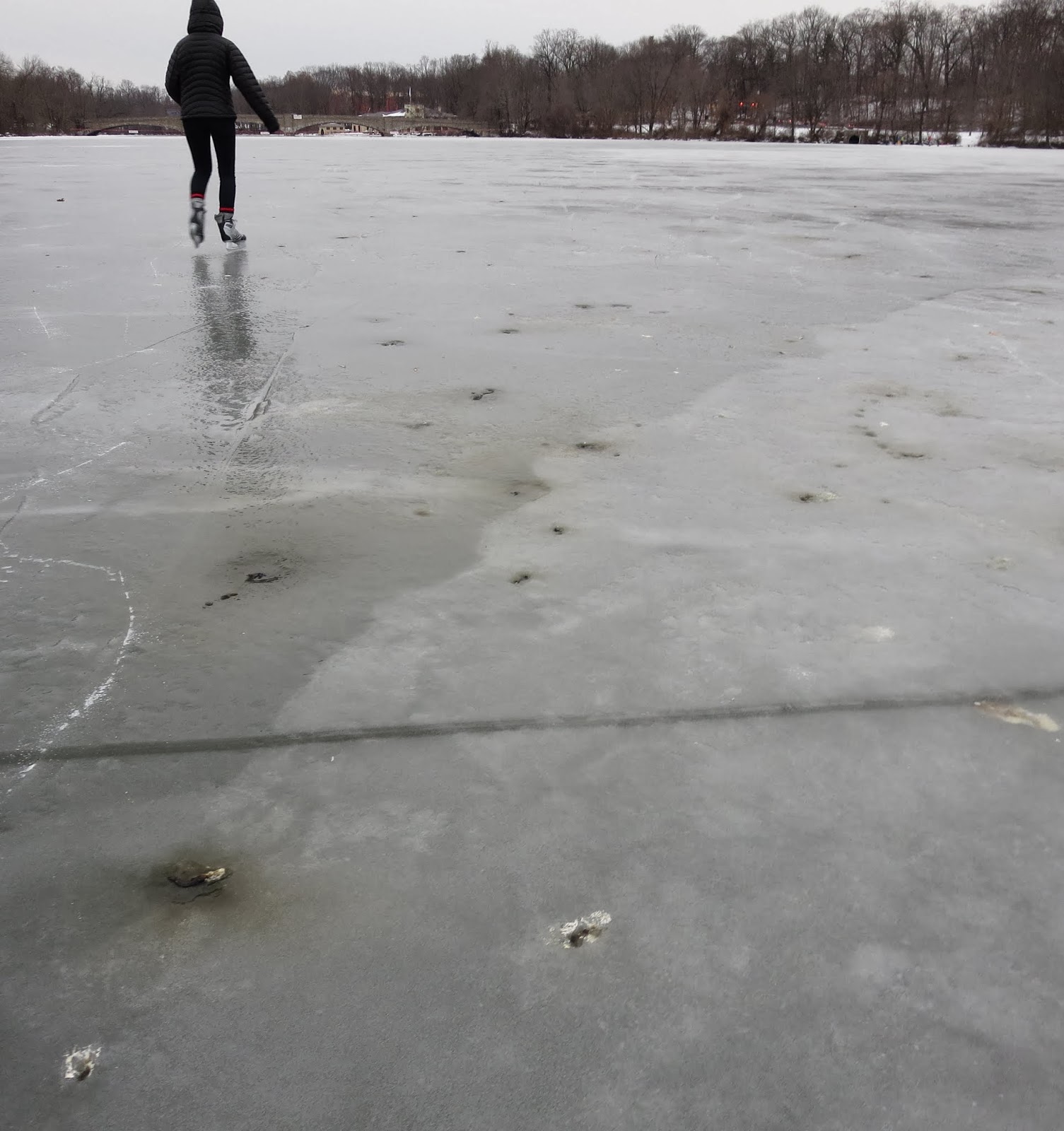 These markings are easier to explain. The geese have been busy, and the dark line going left-right is a seam that allows some give between two giant plates of ice. 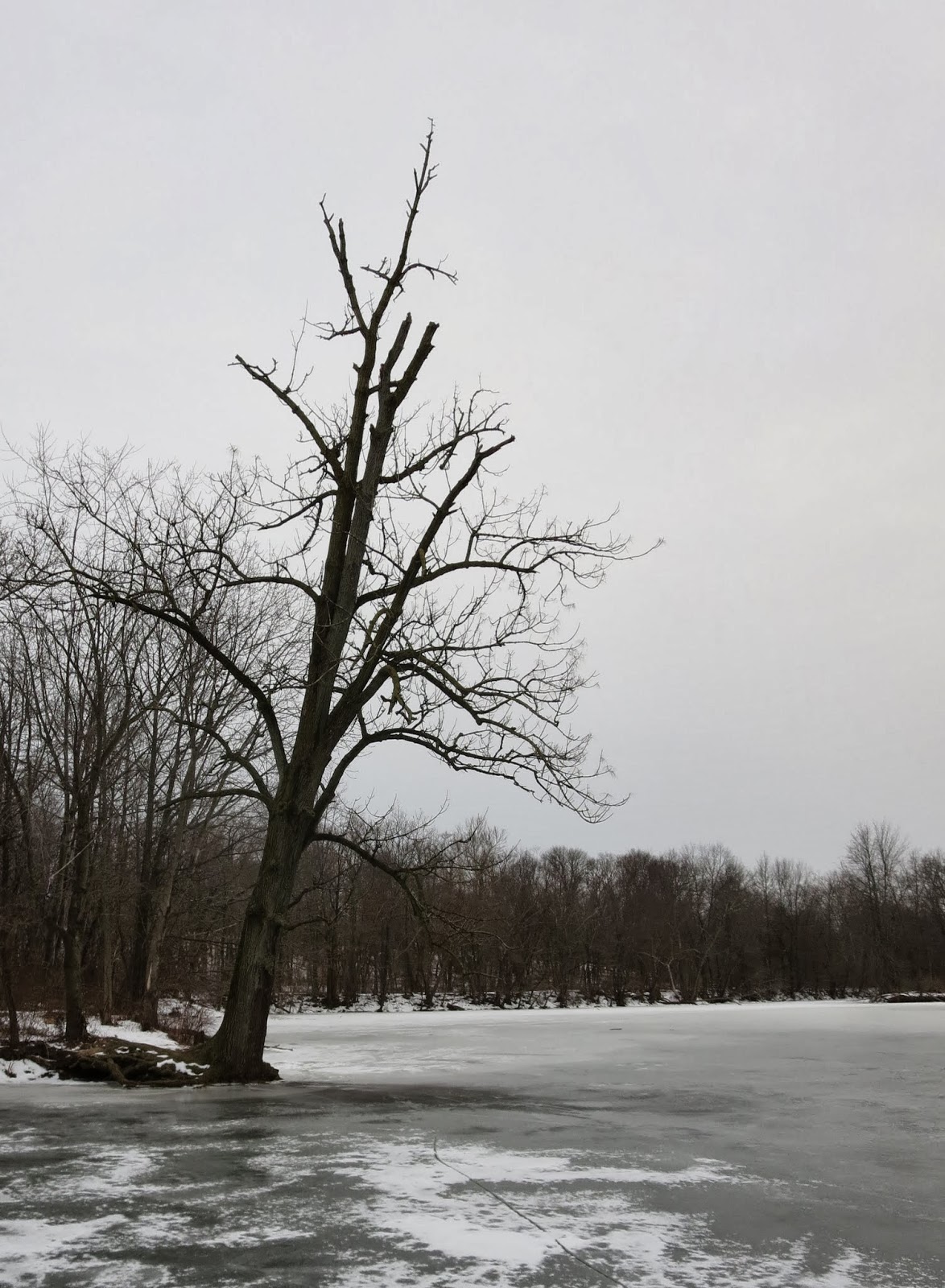 Reaching out of the bleak obscurity of the woods on this grey afternoon is the tree where the cormorants traditionally roost, looking a little worse for wear. 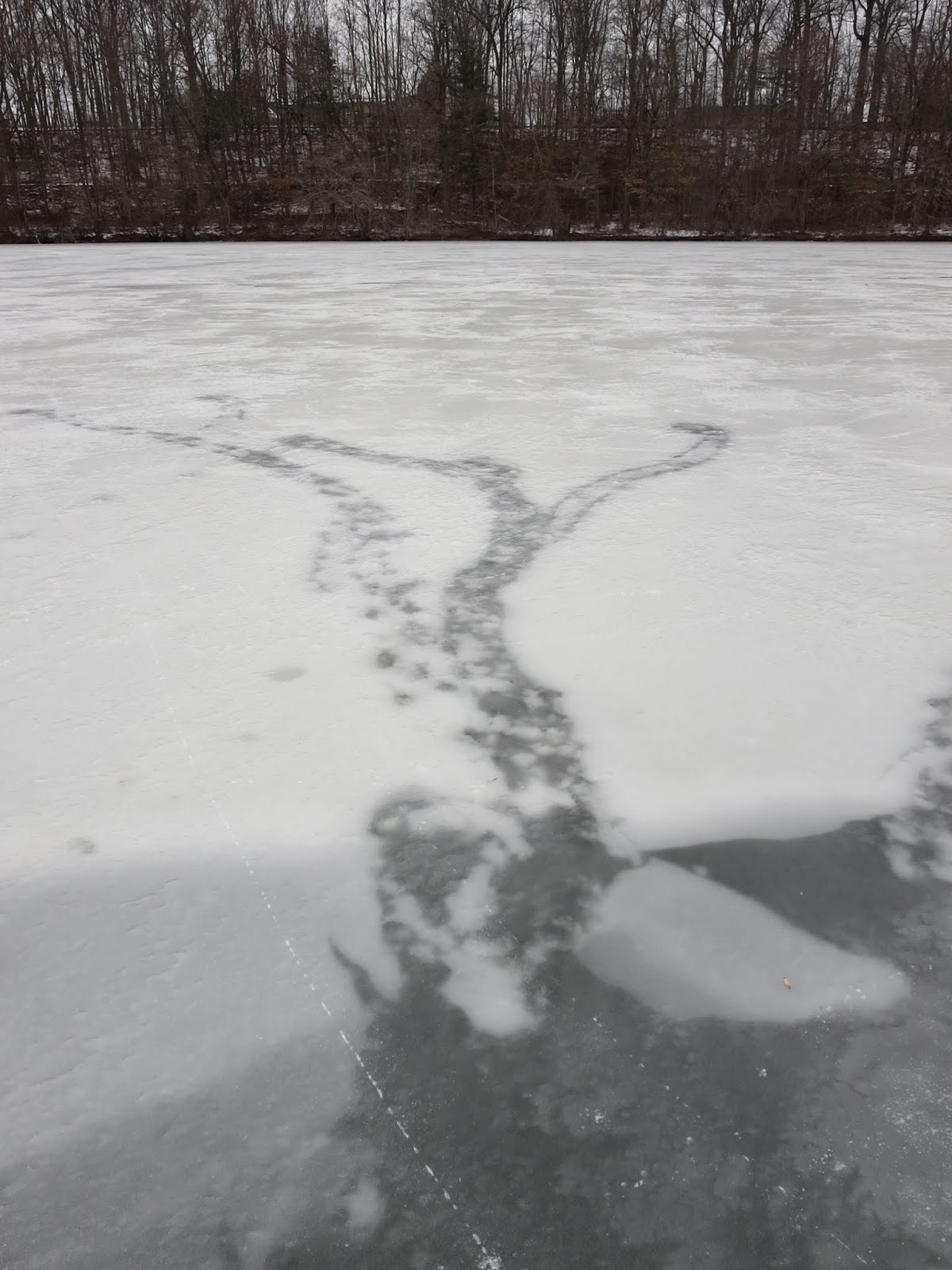 A curious ice pattern imitates the trunk of a tree, or the meander of a stream.

Mentioned in a previous post, here are links to some of Lake Carnegie's more inspired craftings of ice from previous years, in 2007, 2009, and 2010.

With temperatures staying low, there's the promise of a skateful day tomorrow. Community Park North's pond was also declared safe today. Check the flag next to the lake daily for updates, or call 609-688-2054. Some more info and links assembled here.
Posted by Steve Hiltner at Tuesday, January 28, 2014